Burkina Faso: Is the cure more dangerous than the disease? 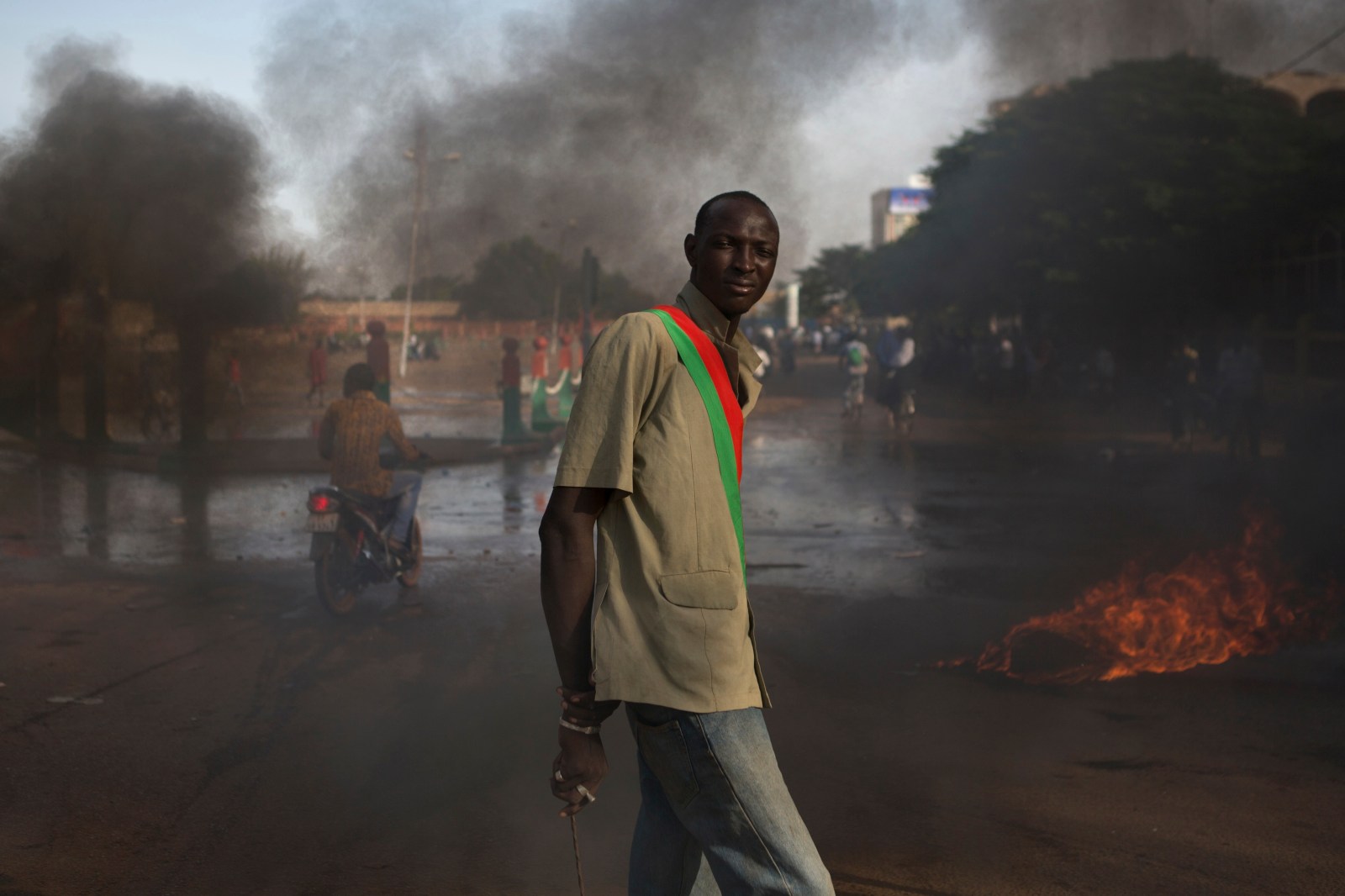 It’s all too easy to get caught up in the excitement and the romance of Burkina Faso’s popular revolution. But revolutions solve nothing on their own, it’s what comes next that really counts. Unfortunately, Africa’s recent track record in this department is poor. The odds of a success story, at least in the short term, are not in Burkina Faso’s favour. By SIMON ALLISON.

It didn’t take long for the noble ideals of Burkina Faso’s people-powered revolution to succumb to the harsh, nasty realities of the world in which we live.

Just three days, in fact. (In an excellent piece on Africa’s a Country, Siddharta Mitta argues that it was actually as little as six hours.)

It was on Friday 31 October that President Blaise Compaore finally realised the limits of his reign. The angry masses gathered in their tens of thousands in the capital told him that 27 years in office was more than enough for one man, setting alight the symbols of his power as they did so. The president got the message, scurrying into neighbouring Cote D’Ivoire with whatever his hastily-arranged convoy could take with them – one last plunder, for old time’s sake.

Campaore’s autocracy was over. The people had won. ‘Viva la Revolution!’, they cried, invoking the ghost of Thomas Sankara as they contemplated a bright new future free from one-man rule.

But by 3 November, that heady taste of freedom was already beginning to turn sour. Rushing into the power vacuum, as they always seem to do, were the men with guns (who may or may not have precipitated the unrest in the first place – popular protests are rarely as popular, or spontaneous, as they seem). One faction of the army declared themselves to be the new government, and then another, competing faction followed suit.

In the chaos, the guns were trained once again on the people. At least one person died as Ouagadougou’s central square was cleared by force. “The army does not want power,” said an army spokesman, unconvincingly. “But the anarchy needs to stop. Any violation will be punished with the utmost energy.”

So now Burkina Faso is at an impasse. The United Nations and the African Union are urging the military leaders to hand over power to civilians, with the UN threatening to impose sanctions if they fail to do so. But the military seems to be at odds with itself, and no one’s has yet come up with a clear, credible plan for what comes next.

As it stands, the situation is unstable and potentially volatile. Despite the euphoria surrounding Campaore’s ouster, it’s far from clear that Burkina Faso’s immediate future is better off without him – and recent continental history provides little cause for optimism.

The African Union has a strict policy of refusing to recognise coups and unconstitutional changes of government. This policy makes no exception for popular revolutions. There is a strong element of self-interest in this, of course – Africa’s many authoritarian governments are hardly likely to incentivise radical change – but it’s also a recognition that sudden, dramatic change is more often than not counter-productive. When it comes to improving the lives of average citizens; creating and maintaining political stability; and kickstarting stagnant economies, coups and revolutions don’t seem to work all that well.

Just take a look around the continent. In Egypt, the Arab Spring ushered in several years of violent turmoil. This culminated in a Hosni Mubarak-lookalike occupying the presidency and genuine political opposition, in the form of the Muslim Brotherhood, being outlawed. It is once again a secular, militarised authoritarian state, just with even deeper economic problems than before, and even less chance of substantive political reform.

The situation is even worse in Libya, where Muammar Gaddafi’s death left a power vacuum that is still being fought over by various militant groups with heavy weapons and narrow agendas. The state is non-existent, its nominal government forced to retreat from the capital, and the economy has tanked. As mad as Gaddafi was, his reign at least bought stability and a degree of prosperity, both of which are absent in the new Libya, which has become a violent, lawless and unpredictable society.

In Mali, a military coup toppled the deeply corrupt but at least democratic government of Amadou Toumani Toure, emboldening Tuareg militants who were already waging a rebellion in the north. The ensuing civil war – which the Tuaregs, with help from radical Islamist groups, were winning easily – was only halted by a massive French military intervention. Two years and one highly flawed election later, the country remains extremely fragile, its proud democratic record in tatters and its developmental agenda set back years.

Only Tunisia bucks this depressing trend, although its progress remains tentative and it has already endured several years of political stalemate since mass demonstrations forced President Zine al-Abidine Ben Ali to flee into exile and kick-started the Arab Spring. Recent parliamentary elections there were encouraging, however, with voters giving the most seats to a new opposition party in an orderly and peaceful poll that has been hailed as a model for the region (although even here, alas, the country’s past looms large – Associated Press described the new opposition as “a party of old regime officials, businessmen and leftists who banded together specifically to unseat the Islamists).

Change, in other words, is hard, dangerous and violent. And not always obviously beneficial. As the Burkinabe contemplate their new political dispensation, they should expect things to get worse before they get better.

“Revolution is not straightforward,” said William Assanvo, senior researcher at the Institute for Security Studies in Dakar, who recently returned from conducting fieldwork in Burkina Faso. “Actually, the days after a revolution have always been volatile. I’m quite sure Burkina Faso will experience some political and social problems ahead…the future is very uncertain.” DM