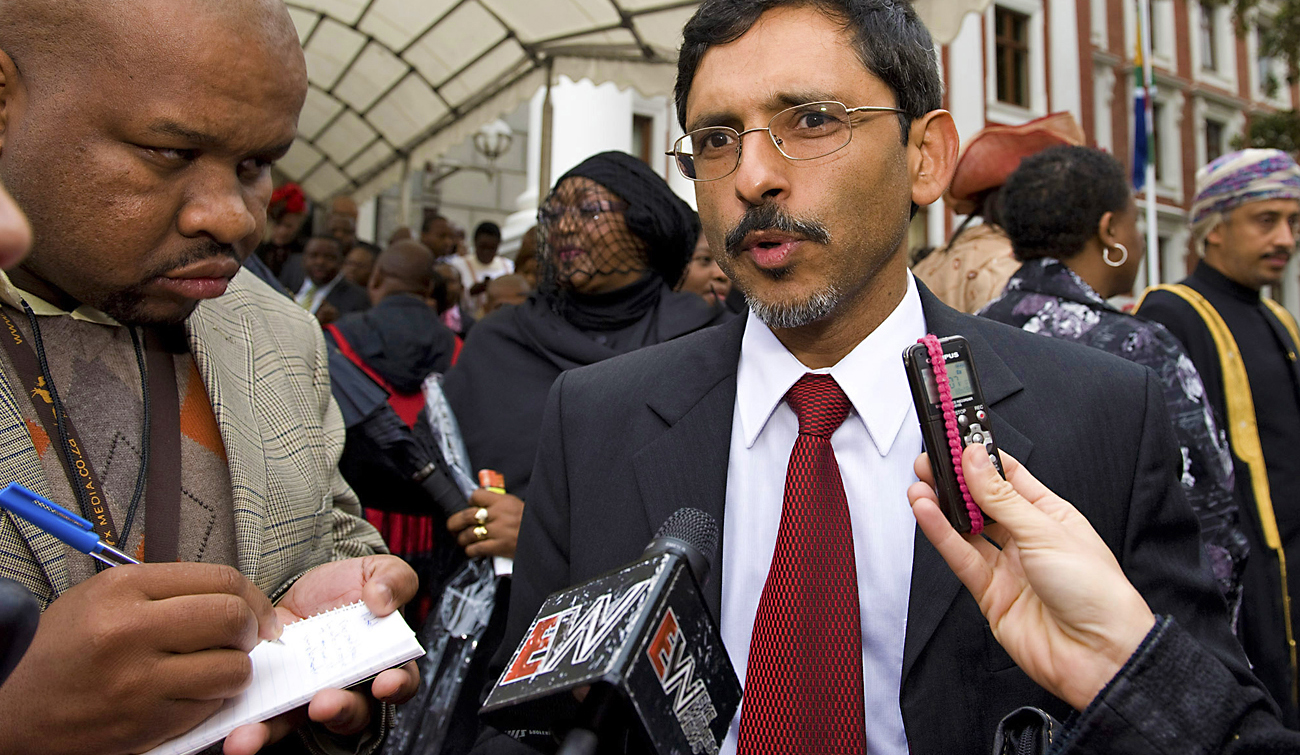 Free-to-air e.tv and its 24-hour eNCA cable news channel have built their brand on editorial independence, in strong opposition to the state-run SABC, and their commitment to let you “know more”. Their independence has already been dented this week by reports that HCI directors tried to ensure positive coverage of government events – and now new evidence has emerged that eNCA may have broadcast an entire series of state-funded documentaries under the guise of news in the early part of 2014. CHRIS VICK reports.

The nine documentaries – branded as eNCA news content in the first quarter of 2014 – are currently housed on Patel’s departmental website under the heading “PICC TV adverts”.

Patel – who chairs government’s Presidential Infrastructure Co-ordinating Committee – has been at the centre of allegations over the past week of trying to influence the editorial content of eNCA and e.tv, using HCI director Yunus Shaik as a conduit to get positive coverage of his work. These include interventions – exposed by former HCI director Marcel Golding – to get eNCA coverage of the opening of a new dam by President Jacob Zuma.

But the documentary series was a much more significant intervention, and eNCA’s reluctance to answer questions about the series will only raise further concerns about the extent to which Patel and Shaik may have collaborated on pro-government content, and imposed their thinking on the eNCA newsroom.

I sent a series of questions about the series to eNCA managing director Patrick Conroy on Wednesday. More than 24 hours later, despite promises of a response, none was forthcoming.

Conroy was the go-to man for Shaik during his attempts to get more favourable coverage for government, according to email exchanges between various eNCA decision-makers that were published by a number of publications this week as the eNCA/HCI boardroom battle heated up.

The questions sent to Conroy on Wednesday included:

After eventually agreeing to “get back to me”, Conroy ignored follow-up requests. The department of economic development also failed to respond to a similar set of questions.

Professor Patrick Bond first raised a possible eNCA-government collaboration on the GroundUp website earlier this week. He referred to the documentaries – which focused broadly on Patel’s co-ordination of the infrastructure rollout programme – as being “happy-faced – to such an extent that they are now hosted on Patel’s government website”.

Bond quoted an email by Bronwyn-Keene Young – who joined spouse Marcel Golding and former Cabinet minister Barbara Hogan in resigning from the HCI board this week – as referring to “undertakings made by Marcel and myself to Ebrahim Patel” to offer a series of eNews reports on infrastructure projects, and indicated that these undertakings “were indeed fulfilled”.

“The series has been produced and broadcast by our news team as agreed,” Keene-Young says in the email. “We have delivered in every way on the agreement and the quality of the broadcasts has been outstanding…”.

The eNCA video clips hosted on the department of economic development website show a number of documentaries, including two overviews of government’s infrastructure rollout programme, and clips on “water and the quality of life”, school-building, public transport and Eskom. They bear little resemblance to the rigorous and questioning posture of conventional eNCA news documentaries.

Former eNCA staff, employed at the broadcaster when the documentaries were produced, say it was clear at the time that there was a “hidden hand” directing the production and content of the series.

“The channel built its brand on the pay-off line ‘No fear, no favour’, but it was clear that there were favours involved with that series – in fact, that they were paid-for favours,” the former eNCA employee said.

“But at no stage were viewers told that this was government content – it was branded and presented as eNCA content. It really undermines all those claims of editorial integrity. In this case, we all need to ‘know more’…” DM