The killing of Anni: What the cameras captured – murder in a technological age 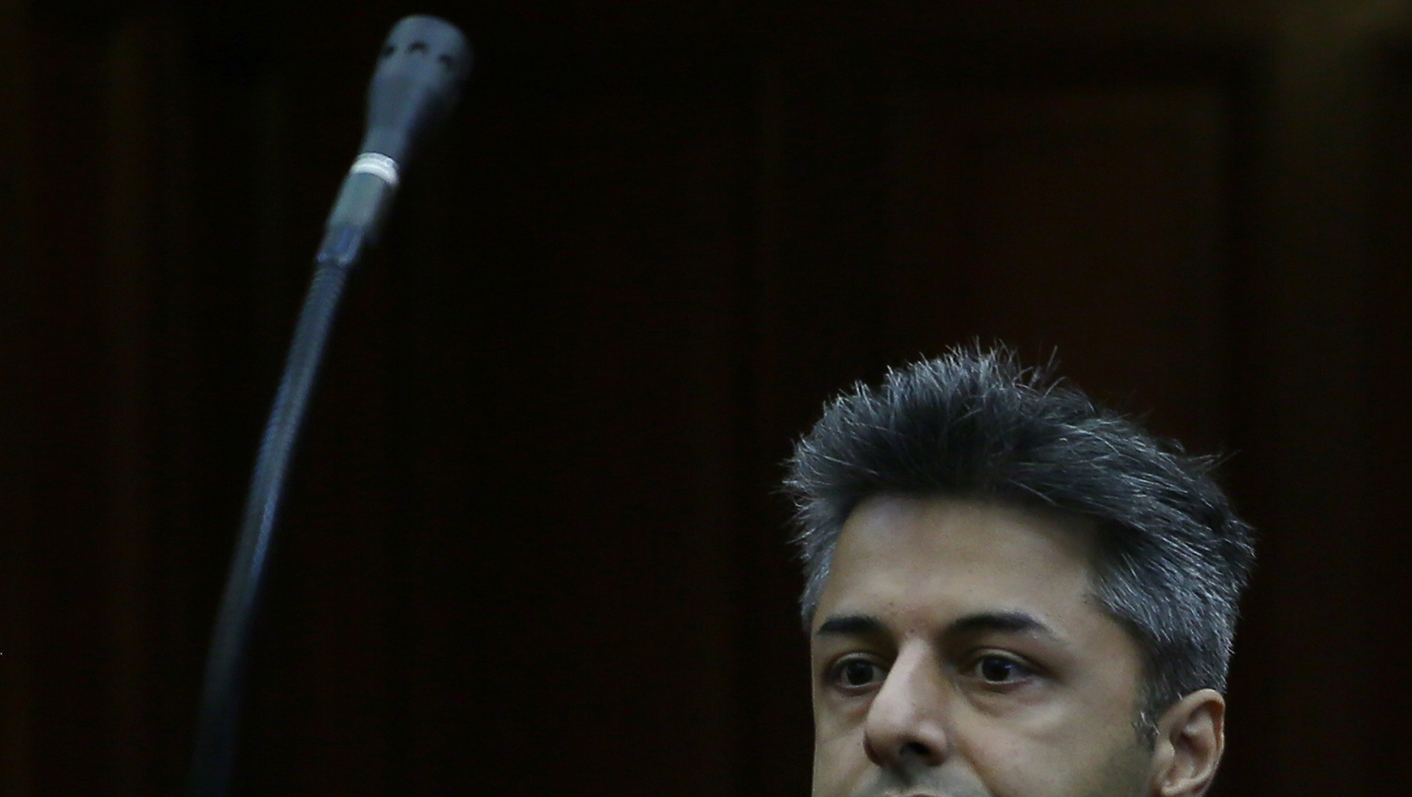 Events leading up to and immediately after the murder of Anni Dewani in November 2010 were all captured by various CCTV cameras positioned at the hotel the couple was staying at, as well as the restaurant where the newlyweds ate their last meal. But is what we see really what is going on? By MARIANNE THAMM.

Without sound we cannot ever know what taxi driver Zola Tongo and murder accused Shrien Dewani really discussed in a back room of the Cape Grace hotel at around 9.00am on 14 November 2010 after Dewani and his Swedish-born wife Anni had been allegedly hijacked and robbed in Gugulethu the night before.

At the time the camera footage was captured, Anni Dewani’s body had already been found slumped in the back seat of the abandoned VW Sharan in Sinqolanthi Street, Ilitha Park, Khayelitsha. She had died from a single gunshot to her neck. According to one statement the vehicle was found at 6.50am that Sunday.

But at 9.00am neither alleged murder mastermind Shrien Dewani nor his co-conspirator Tongo were aware that Anni had been found, and so the interaction between the two men must be viewed from this perspective.

Yesterday the prosecution showed several video clips taken during the course of the weekend the Dewani couple had arrived in Cape Town on their honeymoon, including the approximately 10-minute interaction in the back room on the Sunday. Unlike the footage captured in the Protea Hotel in Century City where the “fixer” Monde Mbalombo can be heard discussing the “job” with one of the assassins, Mziwamdoda Qwabe, there is no soundtrack to the Cape Grace backroom footage.

With Zola Tongo in the witness stand one potential narrative was explored in court yesterday. Tongo is serving an 18-year-sentence for his role in the killing.

In the first clip, taken at 9am, Tongo is shown seated on the left side of a couch in the room which led off from the front reception area, which, at that time, was already teeming with police. Tongo had been taken back to the hotel after finding his way to the Gugulethu police station after being ordered out of the taxi. Dewani was allegedly forced out of the car further on, while the hijackers drove off alone with a terrified Anni.

Police had brought Dewani back to the hotel at 1am, still dressed in the black suit he had worn to dinner. By then he had spent much of the night and the morning talking to police as well as making calls to his relatives in the UK in an attempt to locate the position of Anni’s stolen cell phone.

At 9.00am Dewani enters the room carrying a cell phone and is now dressed in jeans and a dark parka. The timer on the video ticks over as Dewani, standing in front of Tongo, engages him. Dewani remains standing throughout the interaction. He paces occasionally; sometimes he stops directly in front of Tongo with a table separating the men. There are moments when Dewani turns, stands in silence in front of a panoramic window and gazes out.

From the witness stand Tongo said that Dewani had entered the room and had immediately asked him how he was and whether he had heard anything about the alleged hijacking the two had arranged.

“He wanted to find out and kept asking if I was fine. He wanted to know if the job had been done,” Tongo told the court.

At some point a staff member can be seen to the right of the two men. The man, said Tongo, was a cleaner, and Dewani can clearly be seen asking the man to leave. After the man has exited Dewani and Tongo continue their conversation. At this point Tongo said he had pointed out to Dewani that there were cameras positioned in the room. Dewani looks up at the camera before apparently moving out of view.

Dewani then reappears and stands in front of Tongo again. A curtain can be seen billowing in the wind behind Dewani and Tongo told the court he had told Dewani that someone else was in the room. Dewani moves towards the curtain and looks towards it before continuing the conversation with Tongo. Shortly afterwards Dewani exited the room.

It certainly seems like an extraordinarily long conversation between the men but the nature of the conversation, according to Tongo, appeared to be merely repetitive with Dewani asking him over and over whether he was ok and whether the “job” has been done.

However, in his plea explanation handed to the court in October, Dewani refers to a moment when he was left alone with Tongo on what he describes as a “terrace” and claims that the two men had discussed the fact that police were thinking of using helicopters to search for the vehicle.

“I recall that after being told about the helicopters I was alone on the terrace with Tongo. He was assuring me that police would find Anni. He appeared shocked about what had happened,” Dewani explained.

CCTV footage captured in the corridor of the hotel at 9.19am and that was not shown in court but that featured in the 2013 Panorama documentary The Honeymoon Murder – Who killed Anni Dewani?, shows Shrien Dewani receiving a call from his brother Preyen, informing him that Anni had been found and that she was dead.

Shrien, now sans parka, strides into the computer room of the hotel, where there are no cameras followed by police, a doctor and other officials. Footage a short while later shows Dewani, apparently visibly distraught, in a corridor being led to his hotel room.

While crucial moments in the murder of Anni Dewani were all captured in film – including their arrival at the hotel and Shrien’s exit for about 10 minutes soon afterwards during which he allegedly arranged the hit with Tongo – the footage remains open to interpretation.

The most crucial moment of the crime, the actual murder and hijacking in Gugulethu, was not captured on film. Gugulethu, literally and metaphorically, is the “unseen” part of Cape Town, and is one of the more popular tourist destinations in the country.

Earlier in the day, Deputy Judge President Jeanette Traverso heard arguments from the prosecution as to why evidence by escort Leopold Leisser, the German Master, whom Dewani has admitted to paying for sex, should be admissible.

Prosecutor Adrian Mopp argued that the relevance of the relationship between Dewani and Leisser could not be determined “in a vaccum” and that the court should allow it, at least before deciding whether to dismiss or consider it.

He argued that the state did not intend to produce evidence of a “sexual nature” but that the content of a conversation between the men was not only relevant to motive but to the probability “that he would conspire, on honeymoon, to procure the services of people to kill his wife”.

Mopp continued that it was not so much a matter of sexuality but of “infidelity” and that “an ordinary man does not perpetrate a grave offence without motive” which should be deduced “from external circumstances”.

Dewani’s junior counsel, Pieter Botha, countered Mopp’s argument saying that Dewani did not need “a way out of the marriage” as Anni had, in May 2010, broken off the engagement.

“If he was so desperate to get out of it he could have done it then. But both the accused and the deceased were conflicted about whether they should get married, yet they went ahead,” Botha argued.

Leisser was recalled to the witness stand but was not questioned on any aspect of his relationship with Dewani. He told the court he had approached police after he had seen a breaking news report that his client had been implicated in the murder of his wife.

He said he had been paid £18,000 for two stories featured in a UK tabloid and had needed the money because he was forced to “shut down my business” after he had become associated with the murder.

Zola Tongo will take the stand again tomorrow and will most probably be cross-examined by Dewani’s defence team. DM