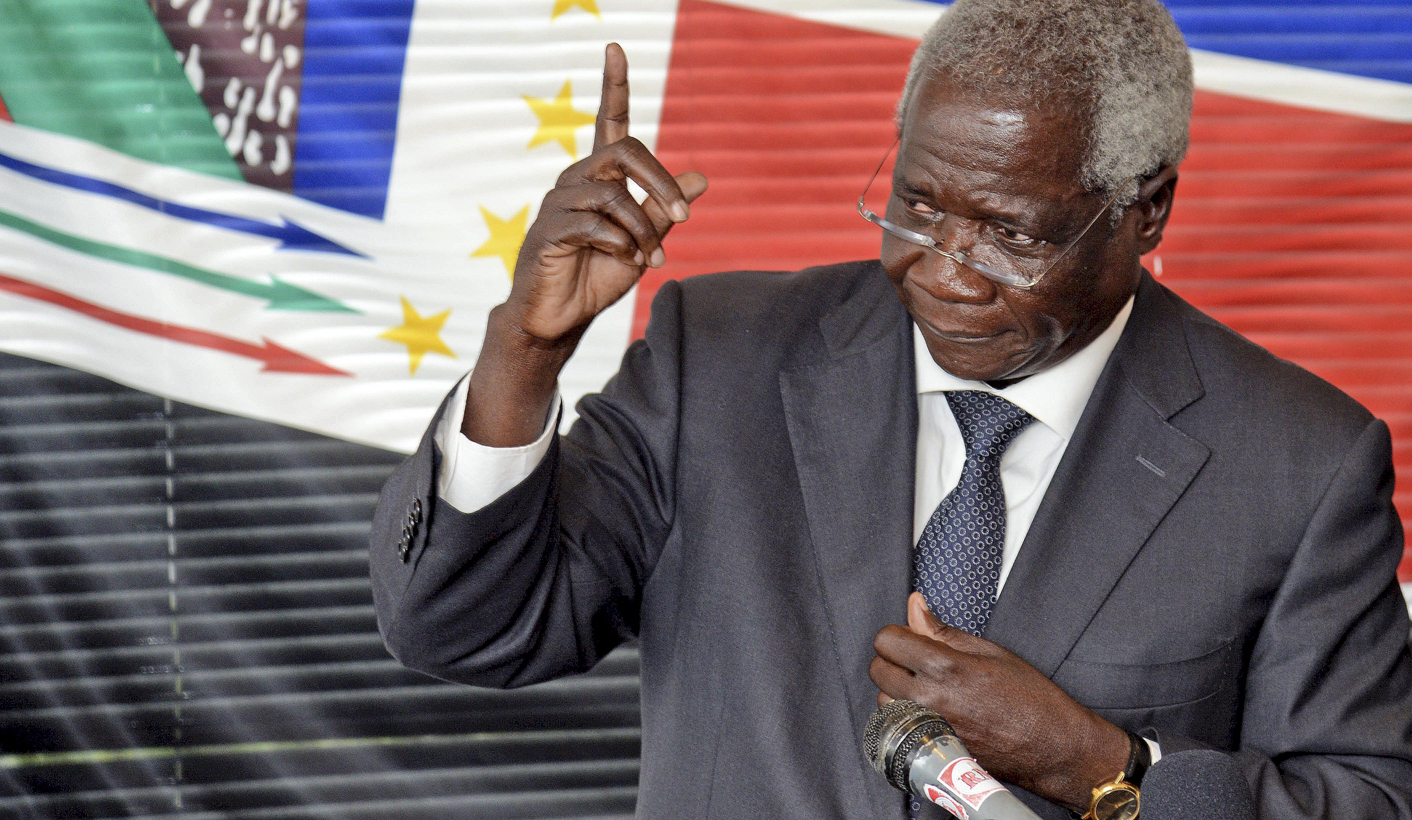 Somehow, in Mozambique’s presidential election earlier this month, Renamo doubled their share of the vote. How did they pull it off? Civil war, that’s how. It’s an unorthodox and dangerous political strategy that has paid off handsomely for Renamo – although perhaps not for the rest of the country. By SIMON ALLISON for ISS TODAY.

In 2009, the Mozambican National Resistance (Renamo) recorded its worst ever showing in an election. Its candidate, rebel leader Afonso Dhlakama, was trying so hard to play the respectable politician, yet he received only 650 679 votes (16,41% of the total). This was, astoundingly, over 300 000 votes fewer than he had garnered in the 2004 poll.

At the same time, Renamo won just 51 seats in Parliament, down from 91 seats in the previous session. By anyone’s estimation, it was a catastrophic showing for the party that had effectively invented opposition politics in the country. It had fought to end the Front for the Liberation of Mozambique’s (Frelimo’s) de facto one-party state both during the country’s bloody civil war (which only ended with the 1992 peace agreement), and in the post-civil war democratic elections that followed thereafter.

It seemed as if Dhlakama and his Renamo movement were a spent force. Incoherent and disorganised, and dogged by its dodgy historical links to the apartheid government in South Africa, the party had lost ground not only to the ruling Frelimo but also to the young upstarts of the Movement for Democracy in Mozambique (MDM). The MDM, a breakaway faction of Renamo, had sprung up to claim 8,59% of the electorate.

Of course, Renamo cried foul, alleging that the election was rigged and initially refusing to recognise the results. But its leaders must have known that the sheer scale of the drop in support indicated that the real problem lay within its own ranks. If Renamo were to remain relevant – if they were to seriously compete for power in 2014, and for a share of Mozambique’s impending oil and gas boom – then something needed to change.

And so the party returned to doing what it does best: no, not electoral politics, but armed resistance. In 2012, Dhlakama began to resurrect his fighting force, re-establishing a military base in the Gorongosa region and arming Renamo veterans. By October 2013, he was confident enough to rip up the ceasefire that had ended the civil war in 1992. ‘Peace is over in the country,’ said a Renamo spokesperson. These weren’t just words: Renamo launched deadly attacks on targets such as police stations and highways, resulting in dozens of deaths (both military and civilian). The civil war was back, albeit at a far lower intensity.

At the same time, Renamo announced that it would boycott the upcoming municipal elections in November 2013, decrying the politicisation of the electoral system and the blurring of lines between Frelimo and the state (both valid criticisms). It made good on this threat, and its absence allowed the MDM to make significant gains in many of the country’s most important municipalities.

Renamo, it seemed, were weaker than ever before. ‘Dhlakama has backed himself into a corner from which there is no obvious exit,’ wrote veteran Mozambique researcher Joseph Hanlon in late 2013, a conclusion shared by most analysts.

But Dhlakama found a way out.

Renamo’s intransigence and the threat of even more violence eventually forced the government to the negotiating table – although critics say the government should have acted much sooner to nip the Renamo threat in the bud. Anxious to deal with the situation before the presidential elections, President Armando Guebuza allowed Renamo to extract several key concessions. These included greater representation for Renamo in state institutions, especially the armed forces; reform of the electoral system to make it harder to rig elections in Frelimo’s favour; and a general amnesty for Dhlakama and his supporters.

The new peace deal was concluded on 5 September 2014, with Guebuza and Dhlakama shaking hands in a ceremony in Maputo. The very next day, Dhlakama hit the campaign trail.

At this point, the odds were still stacked against Dhlakama and Renamo. With little over a month before the polls, his opponents had enjoyed a substantial head start on campaigning. And surely Mozambicans would not take kindly to political groups that make their demands at the barrel of a gun; that threaten to plunge the country into civil war if they don’t get their way.

In fact, the opposite was true. Everywhere Dhlakama went, he received a hero’s welcome. Unlike Frelimo rallies, where crowds were lured by the promise of free merchandise and celebrity entertainment, Renamo rallies were chaotic and disorganised. But still people came, and waited for hours just to get a glimpse of the man who had somehow turned himself into a beacon of hope for the huge sections of society that feel marginalised by Frelimo’s length rule.

‘Dhlakama has won admiration by apparently forcing Frelimo to make political concessions it has been resisting for decades. He even seems to be enjoying – perhaps unjustly – much of the credit for the peace that has come just in time for the election. Emerging from hiding only after the peace agreement was signed was a clever move that brought his supporters out in droves to welcome him as a hero,’ wrote journalist Cait Reid for African Arguments.

Far from being Renamo’s death knell, its resumption of hostilities was a political masterstroke. It was able to depict itself as the party that was able to take real action to defend its principles, which it argued were for the good of Mozambique as a whole. Dhlakama’s rhetoric on the campaign trail echoed this, and emphasised values such as tolerance and unity, which contrasted sharply with Frelimo’s either-with-us-or-against-us approach.

Oddly enough, by pulling out of the democratic process, Renamo was able to demonstrate its commitment to it; at least as far as its constituency is concerned.

The election results bear this out. Renamo garnered 36% of the presidential vote – more than double their proportion from 2009. And they think they deserve even more. The party is challenging the results and alleging that the vote was tampered with. It is a dramatic return to form, and positions Renamo once again as the most serious challenger to Frelimo’s electoral stranglehold. As unlikely as it may seem, Renamo’s return to the bush had proved to be a most effective campaign strategy.

It is also useful when it comes to negotiating the terms of Renamo’s future democratic engagement. Shortly after the vote, Dhlakama declared this election a ‘charade.’ He warned that while he was committed to peacefully negotiating his differences with Frelimo, he couldn’t necessarily control his angry supporters – thus leaving the threat of violence hanging in the air as he voiced his demand for a government of national unity along Kenyan or Zimbabwean lines.

While Dhlakama is unlikely to get this, he could well extract significant concessions out of the new administration, such as cabinet posts and economic opportunities. Given Renamo’s history, and the new evidence of the strength of its support base, Renamo remains a threat that Frelimo simply can’t afford to ignore. DM