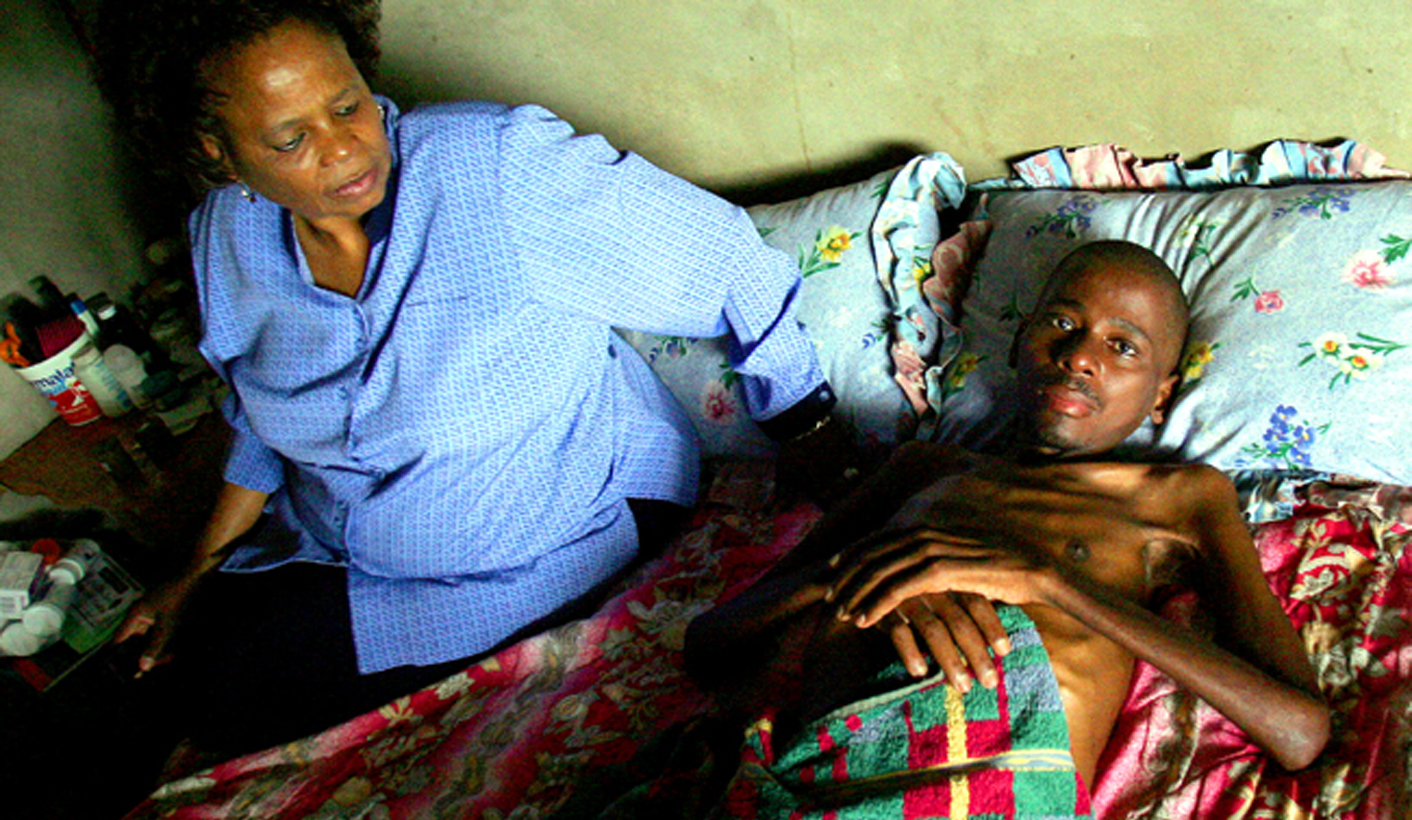 In financial difficulty, the Treatment Action Campaign (TAC) plans to raise R10 million in November to keep the organisation afloat. It's relying on public donations, hoping big funders will then follow. Spare a dime? By GREG NICOLSON.

According to recent statistics released by the Human Sciences Research Council, in 2012 767 people died each day in South Africa from AIDS related illnesses, 280,000 in a year. There were 1,284 new HIV infections every day. “The TAC thinks there’s a red light over the country’s response to the HIV epidemic,” said one of TAC’s directors, Mark Heywood, on Monday, citing the figures.

Speaking after a national council meeting over the weekend, leaders of the health advocacy group emphasised the ongoing struggles in the health system and outlined TAC’s work and key campaigns. “TAC will always remain a voice of the voiceless people of South Africa,” said Anele Yawa, TAC general secretary. Speakers emphasised the role the group plays in communities educating people about their rights to health services, monitoring clinics and patients on antiretrovirals (ARVs), and pushing provincial leaders to improve services.

TAC, lauded for its court action in 2002 that forced the government to provide ARVs to prevent mother-to-child transmission of HIV and continued pressure to secure universal AIDS treatment, now faces a ‘critical’ funding challenge. The organisation requires R35 million for 2015/16 but so far has only R7 million. During November, TAC hopes to raise R10 million to kick-start a global crowdfunding campaign.

“We are going to make sure that we find this money,” said Heywood, one of the speakers who emphasised TAC’s role in improving the health system. “The question is: do South Africa’s people value their own social justice organisations enough to keep them alive?”

Fundraising starts this Sunday, where TAC members and supporters will be running in the Soweto Marathon in their iconic “HIV positive” t-shirts. The teams of runners will be led by Vuyiseka Dubula, who lives with HIV, and members will be singing and handing out educational information and condoms along the route. The public can sponsor runners on TAC’s website. Discovery Health has promised R200,000 if those running the full marathon manage to finish in under five hours and TAC challenged other corporates to match the donation. Graca Machel is expected to meet the group at the finish line.

“We’ve had an overwhelming response with people saying, ‘Yes I want to help you,’” said Heywood. TAC says it’s not the time for the organisation to downscale and in its bid to secure funding it has spoken to hundreds of allies across the world and is negotiating with a number of potential donors.

Over November, TAC plans to host different events to spark donations from across the world. Members will tap into their communities to raise money, with TAC’s Limpopo members hoping to get R81,000 from the province’s mainly poor communities. If average South Africans rally to support the group, TAC hopes the larger donors will then follow.

“We hope to create a wave that goes around the world. But there’s no guarantee. We could fail. We’ve taken a chance here,” said Heywood.

The November fundraising drive will finish with a rally in Johannesburg on 1 December, World Aids Day. TAC says it’s not boycotting the state’s official event but cannot morally support something that spends so much and achieves so little while many patients still suffer from inadequate health services. “TAC neither celebrates nor boycotts World Aids Day,” said Andrew Mosane, TAC national office bearer.

“We won’t be part of a money wasting event that kills lives,” said Heywood.

Instead, TAC will host its own event celebrating 10 years since universal free ARV treatment was introduced, saving the lives of millions of people. Health Minister Aaron Motsoaledi has been invited – TAC says whether he shows will show his commitment to the cause – and other prominent speakers are lined up.

Perhaps the most difficult task for TAC during its fundraising campaign will be communicating the group’s role, now the state has been widely acknowledged for improving the HIV/AIDS situation. On Monday, speakers touched on TAC’s key campaigns: addressing the health system collapse in Free State and Eastern Cape; preventing cervical cancer and hard-to-treat drug-resistant tuberculosis; and reforming patent laws to ensure the balance between affordable medication and investment in research.

Then, of course, there’s the ongoing challenges related to HIV/AIDS, where TAC says it can play a vital role in trying to hold onto the gains made and avoiding the real possibility of losing what they’ve worked so hard to achieve. DM

Ninety One • 3 hours ago