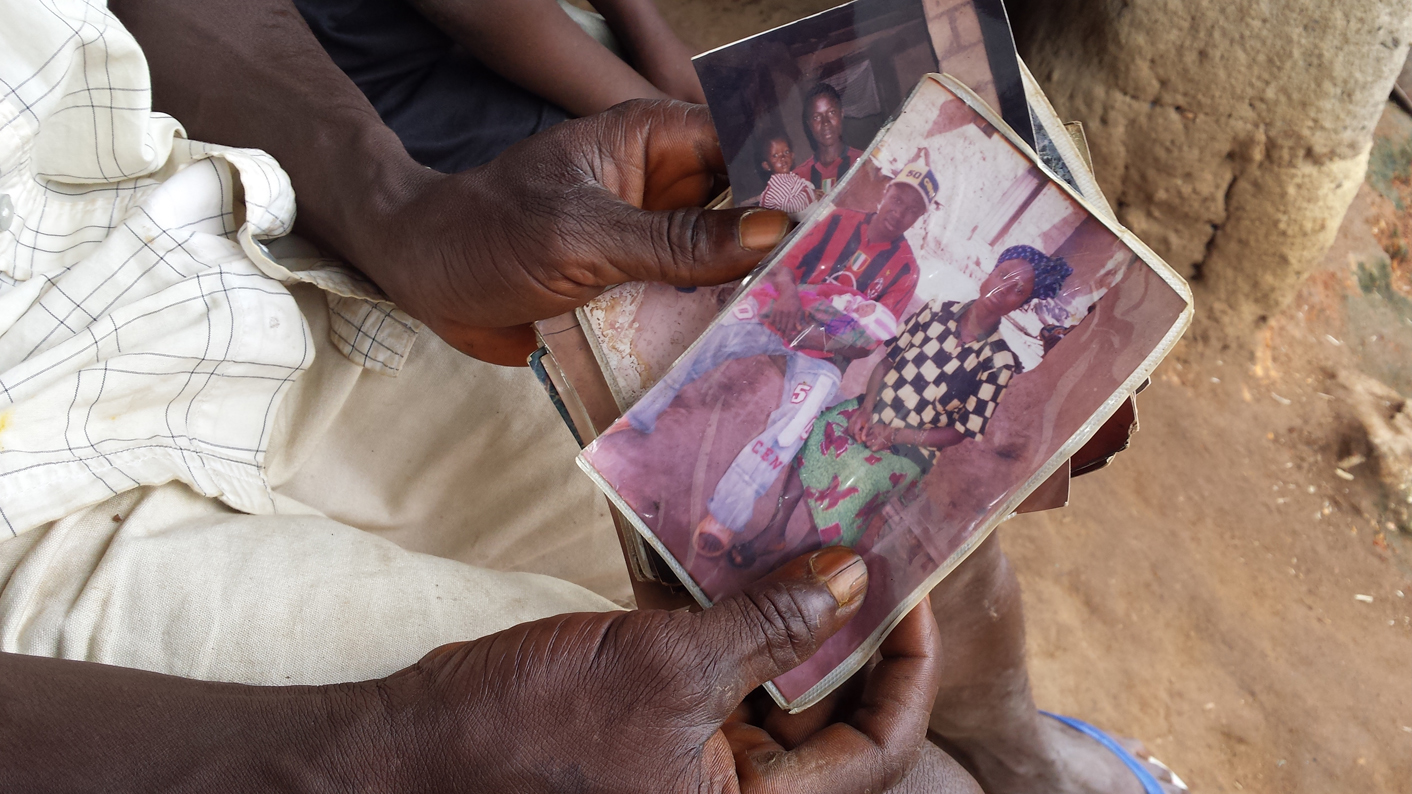 It is true that the further you are from the Ebola crisis, the more biblically paranoid you are about the disease. Going to the heart of where Ebola is thought to have originated in West Africa – a small picturesque forest village called Meliandou in Guinea – made me realise that. By SUZANNE BEUKES.

Like a true South African venturing north of the Limpopo river, my bag was filled with every known disinfectant, a non-contact thermometer and a back up good-old mercury one, malaria tablets, antibiotics for chest and stomach, gloves, gumboots, face masks, and a variety of hand sanitisers. My brain was filled with frenetic news reports, escalating statistics, and tragic story after tragic story of lives lost unnecessarily.

Reaching Meliandou from Norwood, Johannesburg meant travelling via Dakar, Senegal then onto Conakry, Guinea and taking an internal United Nations flight southeast to Kissidougou. Seven chlorine hand-washing points and temperature checks later and a two-hour drive along a scenic but horrendous road led us to Guéckédou – home to one of Guinea’s two Ebola Treatment Centres run by Médecins Sans Frontières. From there, an even worse ‘road’ led me to the unassuming village where the current Ebola epidemic is thought to have started. More specifically in the humble Ouamouno household – home to what Wikipedia, news articles and journals call Patient Zero – a toddler who contracted the disease by unknown means.

Patient Zero’s real name is Emile Ouamouno. He was just two years old when he died in December 2013. His death was followed by that of his older sister Philomène. And then his mother.

In just one month, Emile’s father Etienne saw his family ripped to shreds. Visibly shocked and still grieving, he sorts through a pile of old photographs to show me what the world’s most unnamed toddler looked like when he was a few days old – a bundle of blankets surrounding a precious face held by two awkward young parents. Etienne turns on a bright red portable radio, which contrasts starkly with the brown muddy colour of the two-roomed house. “Emile liked to listen to the radio and his sister liked to carry babies on her back,” he explains.

Before they suffered their gruesome deaths through severe fever, diarrhoea and hemorrhaging, he and his sister would dance and play ball outside the house. There used to be a lot of laughter here. Now there is only the rasping breath of tragedy as one day collapses into the next.

Now we are even poorer than we were before

The onslaught of Ebola is quick and cruel. Its long-term impact is more vicious still. For Etienne, a farmer like others in his community, the trauma of loss is paired with financial ruin caused by stigma. Normally, Meliandou community members sell their spinach, wheat, rice, corn, and bananas in nearby Guéckédou. But nothing is normal anymore.

“Nobody wants to buy our products,” says Chief Amadou Kamano. In panic, families also burnt mattresses, blankets and other possessions of people who died of Ebola. Kamano says, “People burnt everything out of fear… now we are even poorer than we were before.”

Meliandou’s dire economic condition is indicative of Guinea’s broader fiscal shackles. The World Bank estimates the country could see a loss of up to 2.3% of its GDP as a result of the stigma now cast over Guinea by travellers, traders and potential investors. The world has virtually quarantined a country in which 43% of people were already living on less than $1.25 a day prior to this health crisis.

This part of the country looks like a scene from Medicine Man and the dense forest must be filled with many dangerous predators – yet these threats are incomparable to the perils Ebola brings. The devastating toll it has on a generation of children is far-reaching. Illness and agony befell Emile and Philomène, but an estimated 1,400 children have been orphaned as result of either one or two parents dying from Ebola. In addition to the trauma of losing their parents they must now also deal with the associated stigma. Families who would have under any other circumstance taken these children in are now too afraid. “People flee their villages, and abandon their families and their children. They reject the infected children and the other infected family members,” says Fassou Isidor Lama, a UNICEF Child Protection Officer. “So we are working to provide direct support for the children but also to accompany the family to avoid stigmatisation of the families,” he explains.

Despite a growing epidemic in Guinea and other affected countries Sierre Leone and Liberia, according to local authorities there have been no new cases reported in Meliandou since April. The community knows how to identify the symptoms and avoid its spread and says that very slowly, the stigma is subsiding. But the 14 graves that lie next to the lonely homes of those first killed by Ebola in Guinea show that the pain and suffering of this community cannot be buried nor forgotten. And forever Meliandou marks its place in history as ground zero for an epidemic, which seems to currently outpace the response.

As I leave the village, I realise that nothing that I carried with me to Guinea – in my brain or my suitcase – had provided prophylaxis for my feelings now. My biblical paranoia crumbled as I met Emile’s grieving father and was confronted with the real face of Ebola. It is a localised global catastrophe: it’s the destruction of families, the breakdown of communities, the collapse of livelihoods and the silencing of children’s laughter. DM

Main photo: Visibly shocked and still grieving, Emile’s father Etienne sorts through a pile of old photographs to show me what the world’s most unnamed toddler looked like when he was a few days old – a bundle of blankets surrounding a precious face held by two awkward young parents.(Suzanne Beukes)