The parallel universe in Kgosi Mampuru: Inmates with disabilities speak 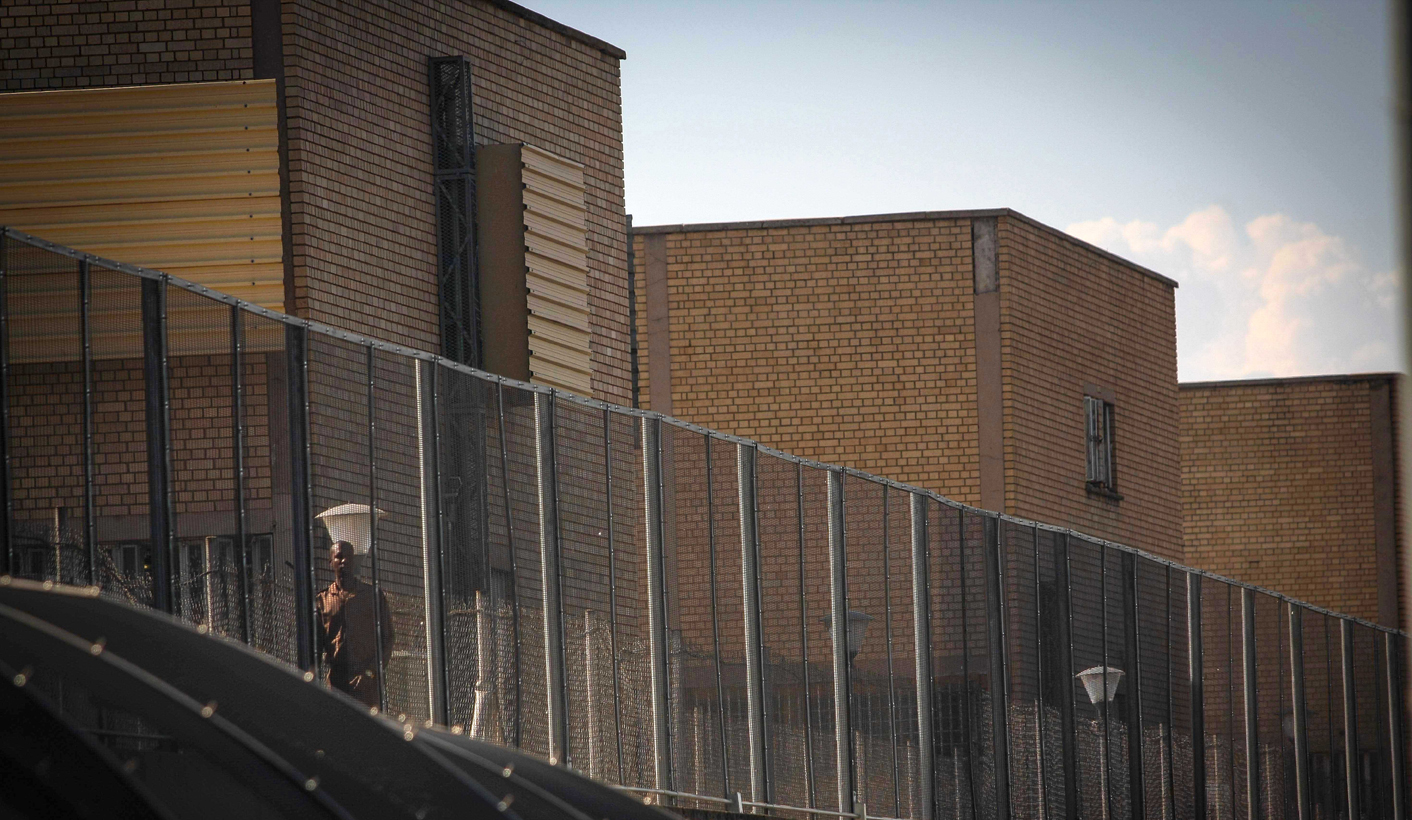 The day before double amputee Oscar Pistorius was sentenced to five years in prison for culpable homicide, Eric Viljoen, a one-legged prosthesis-wearing convicted rapist was preparing to leave Pretoria’s Kgosi Mampuru Correctional Centre, where he has been incarcerated since January this year. According to Viljoen, he has spent the past year fighting prison authorities and begging for a transfer from what he describes as the “worst of the… prisons in which he has done time”. By CAROLYN RAPHAELY.

On Monday, Eric Viljoen’s wish came true when he was informed that he would be transferred to Witbank. He has previously served time in Zonderwater, Thohoyandou and Barberton in the six years since he was sentenced in 2009.

Having lost his leg when he was run over by a train, Viljoen (58) has lived in an over-crowded communal cell with 37 other men in Kgosi Mampuru for the past ten months. “I think the cell is meant for about 20,” he said. “Luckily, I sleep on a normal steel bed, not a bunk.”

As far as Viljoen is concerned, the opportunity to leave Kgosi Mampuru came not one minute too soon. Unlike Oscar, he was not offered the “privilege” of a single cell, or the choice of residing in the prison’s hospital section. Instead, Viljoen claims he was forced to navigate 56 steps in the four-storey E-section five or six times a day in his movements around the prison. “They don’t treat you like a cripple here, just a normal inmate. There is no different treatment. The only privilege I have is that I don’t have to queue for my meals.

“In G-block, they have ramps for people with wheelchairs. It’s where people who are studying live and high-profile people. It’s where Eugene de Kock and (Chris Hani assassin) Janusz Walus stay, and where Clive Derby-Lewis was before he was moved to a private outside hospital, not the prison hospital. G-block is the only section without steps. It’s next to the hospital and it’s where we believe Oscar will be staying. The only problem is that the ramps are tiled and very slippery. There’s a small clinic there without beds, so it’s not called the hospital section.”

Other inmates believe Pistorius will be housed in the Newlock awaiting-trial section of Kgosi Mampuru, which comprises Newlock prison for awaiting trial or remand detainees, Central Prison and C-Max, which is no longer in use. “The rumour is that Oscar is being housed in the Newlock hospital section,” one old-timer explains. “We heard that some inmates were taken there to prepare a cell for him on Monday. There is a section of single cells in that section which are similar to those in G- Block. Those cells are 100-150 metres from the hospital.”

Wherever Pistorius is housed, nappy-wearing fraud-accused paraplegic Ronnie Fakude, who spent 28 months in Grootvlei Correctional Centre as an awaiting trial detainee before being granted bail earlier this year, is adamant that “[N]o person with physical disabilities, not me, not Oscar, nor anyone else, deserves to spend time in a South African prison. The Department of Correctional Services was unable to supply me with even the rudimentary comfort of a wheelchair. Instead, The Wits Justice Project organised for a wheelchair to be donated. I was told my name would be placed on a three-year prison waiting list…

Viljoen was equally scathing of medical treatment meted out by Kgosi Mampuru officials to the rank-and-file. “I cut my hand in the workshop three weeks ago and was supposed to get stitches,” he said. “I went to the hospital, they dressed it and told me to come back five days later for stitches when the doctor came. If you’re in pain, they give you Brufen for everything. The doctor only came to our section once, or twice a week if there’s an emergency. You never get a proper examination. He will just look in your face and say you have arthritis, if you complain of pain.

“I need a new leg but I definitely don’t want one from Correctional Services. Luckily for me, the railways are paying for a new leg for me. My leg cost R70,000 six years ago. The ones you get here cost between R10 -15,000. They are a piece of sh-t… (Acting National Commissioner) Modise told the court during Oscar’s trial that the doctor comes here every day. He doesn’t. Maybe he comes to the prison every day but to each section only once or twice a week. If something happens in between, it’s your bad luck and you will have to rely on the nurses.

“There are also single cells in the hospital section in H block. It’s quite flat there so it’s better for people like Oscar, or me. If something goes wrong at night, it will take two or three hours to get help. There are no intercoms there, you just have to shout and bang on the doors. If a member does appear, it’s up to them how long it’ll take to get help.”

However, Viljoen is unconcerned about Oscar’s safety behind bars, or that his prostheses might be used as weapons against him: “I’ve never felt vulnerable or been attacked in prison because I only have one leg. The other offenders respect people with disabilities and try to help them. There are about ten disabled people in my section. There are three with artificial legs and two or three in wheelchairs.

“In any case, Kgosi Mampuru is not for me, or Oscar. The experience here isn’t as bad as the attitudes of the officials. When they search the cells, which they do every weekend, there are members who like to klap inmates and give them a good hiding. Even though they’ve never hit me, I call them animals sometimes.”

“As far as I’m concerned, South African justice is for the rich. If you’re poor, forget it. Shabir Shaik stayed in prison for 18 months before he got medical parole. Now he’s playing golf and smoking cigars with former police chief Jackie Selebi. And what about Anni Dewani’s killer Xolile Mngeni who died in prison last Saturday? He was bed-ridden for two years but his application for medical parole was turned down and he died in the prison hospital.”

“If Oscar comes here, other offenders won’t do anything to him,” Viljoen advises. “They’ll help him. If he keeps his mouth shut or makes jokes, he’ll be fine…”  In any case, there is the chance that Pistorius will inhabit a parallel prison universe entirely unfamiliar to either Viljoen or Fakude, and far removed from their experiences. DM

** Comment was requested from the Department of Correctional Services but none was forthcoming at the time of going to press.

Carolyn Raphaely is a senior journalist with the Wits Justice Project, which investigates miscarriages of justice and human rights abuses related to SA’s criminal justice system.

Photo: A warden walks along the perimeter of Kgosi Mampuru Correctional Facility, where Oscar Pistorius is due to serve his prison time which was issued to him at the High Court, in Pretoria, South Africa, 21 October 2014. Oscar Pistorius was sentenced to 5 years in prison after being convicted of culpable homicide for his part in the shooting of his model girlfriend Reeva Steenkamp in February 2013. EPA/KEVIN SUTHERLAND