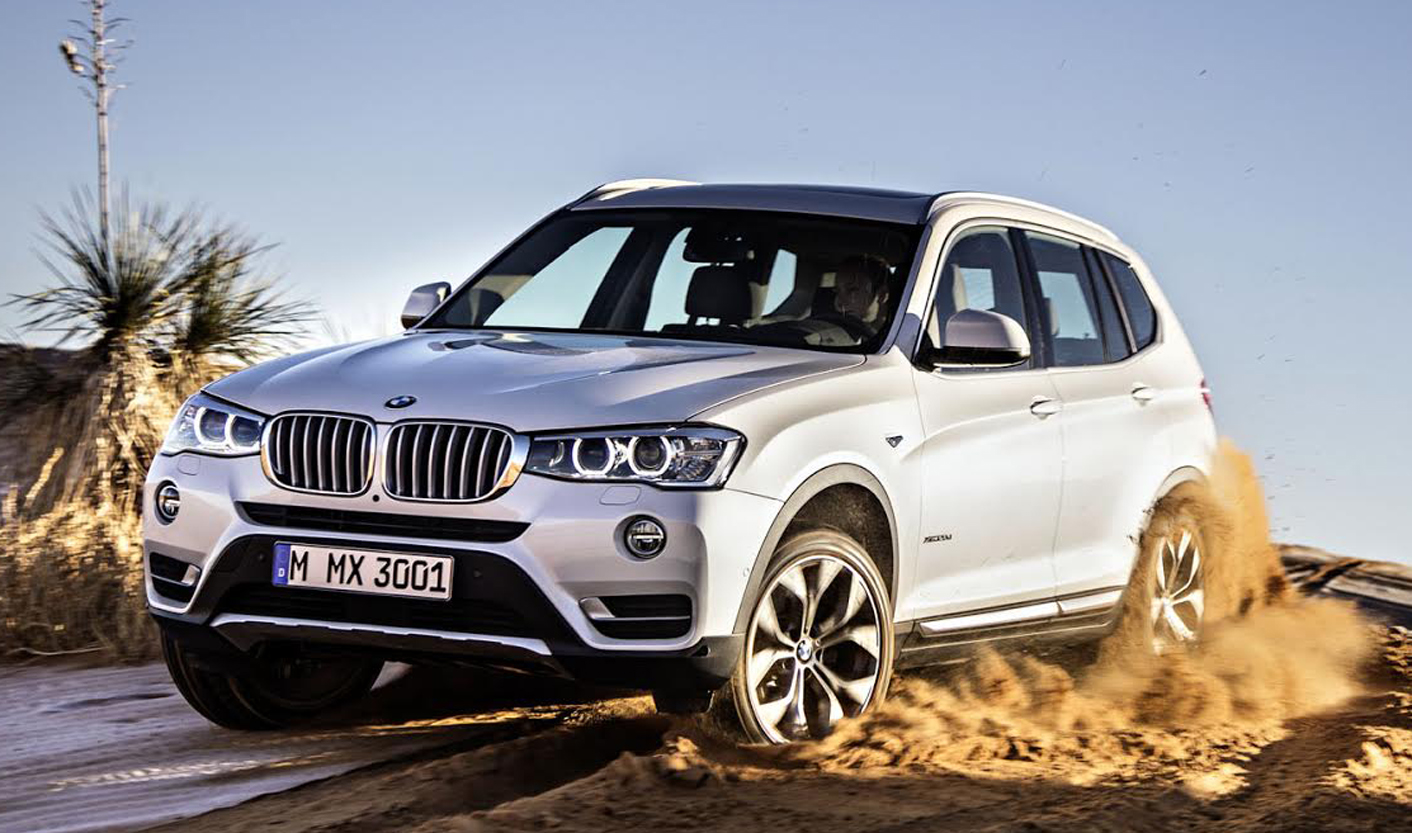 BMW’s X3 not only pioneered the compact premium SUV segment, but remains its most successful exponent. It’s grown in size and complexity, while the competition has become fiercer, too. BMW hopes the latest changes to the X3 will allow the luxury SUV to keep its nose in front. By DEON SCHOEMAN.

Whatever happened to the humble, practical, no-nonsense 4×4? The basic, bare-metal bundu bashers that pioneered the four-wheel drive segment in the early1950s have long since made way for much more sophisticated machines. But do the fancy all-terrainers of today really eclipse their illustrious predecessors?

That depends on the application. The enduring popularity of the Land Rover Defender – a no-nonsense 4×4 that still goes where almost nothing else can follow, and hasn’t changed that much in more than seven decades, suggests that there is a very real market for authentic go-anywhere machines.

But for the majority of would-be SUV buyers, those hard-core 4x4s are simply too daunting – and too Spartan. They like the visibility and the perceived security of the SUV’s taller stance, the practicality of a spacious interior, and the promise of all-terrain talent, even if they have no intention of conquering the Richtersveld’s torturous tracks.

Most of all, nobody wants to forsake the creature comforts, the convenience and the safety of conventional cars – we want the Bluetooth connectivity, the climate control, the keyless entry, the electronic safety blanket of ABS, EBD, EBA and ESC, the touchscreen display and the on-board computer. And we want to go off-road when it suits us …

Enter the modern-day SUV, a category that continues to grow, and these days comes in all shapes and sizes – from small and cheeky to large and ostentatious. SUVs often blur the lines between conventional cars, crossovers, and multi-purpose vehicles, and even all-wheel drive isn’t always a prerequisite anymore.

It’s been more than a decade since BMW extended the brand’s reach beyond the usual luxury passenger car market by launching its first compact SUV. Badged the X3, the feisty all-terrainer pioneered the genre in the premium segment, and it remains a popular choice.

Four years after being released, the current-generation X3 has just undergone an update. But the emphasis here is on evolutionary refinement, rather than on revolution.

Not surprisingly then, the latest X3 looks very much like the old one – unless you see it from the front. While the silhouette remains virtually unchanged, the front view displays a redesigned nose that’s slightly longer, with more upright, redesigned kidney grilles, new headlight clusters, and different front and rear bumpers.

Highlights include the metallic bumper inserts, brushed aluminium finishes for the air intakes, and scuff plates front and rear – although be warned, the latter are just for show, and aren’t meant to offer any real protection. This is a city-slicker SUV, after all!

Step inside, and those already familiar with the X3 will feel instantly at home. That the cabin is as comfortable and as ergonomically intuitive as before suggests that BMW didn’t want to mess too much with a winning formula.

As a result, the changes are subtle, with the emphasis on enhanced finishes and materials, as well as a greater choice of options. From a tactile perspective, the cockpit exudes and air of upmarket well-being, while the switchgear operates with slick precision.

Equipment levels have been updated, and the central display, combined with BMW’s iDrive control interface, is standard across the range, while a new option is the motorised tailgate, which can even be opened by sweeping your foot under the rear bumper – useful when you arrive at the vehicle with arms full of shopping bags.

That tailgate provides convenient access to the 550-litre luggage compartment, while the rear seat is split 40:20:40, allowing a versatile range of loading options. With the entire rear seat folded flat, cargo capacity increases to an impressive 1,600 litres.

In the case of the xDrive20d tested here, the cosmetic updates are combined with a significant change to the engine. The two-litre turbodiesel is not only more powerful, but also more economical.

Power has increased to 140kW, with the torque peak now at 400Nm. At the same time, combined cycle fuel consumption has been improved to just 5.2 litres/100km for the eight-speed automatic gearbox-equipped version. The extra power and reduced appetite has been achieved by upping the injector pressure, allowing both extra urge and more efficient operation.

You’ll need to drive the X3 with some circumspection to get anywhere close to that claimed consumption figure, however: in a mix of conditions which included a trip to Clarens in the Free State, the real-world result was a somewhat more pragmatic 7 litres/100km.

The X3’s lustier two-litre engine also delivers lustier performance. The zero to 100km/h sprint time is despatched in a brisk 8.1sec, while top speed comes to 210km/h. Even so, the power delivery is smoother and more linear than before, which tends to understate the SUV’s urge.

In-gear tractability is excellent, with no lag to speak of, and instantaneous response to throttle input. Switch to Sport mode, and the X3’s reactions are sharpened even further. The eight-speed auto swaps gears seamlessly, adding to the overall sense of effortlessness.

While the demand for SUVs continues to grow, the segment is also becoming a lot more competitive, even for premium brands. This latest, updated X3 doesn’t have to reinvent the wheel, but it combines fresher looks with the things that matter most: more power, lower fuel consumption, improved efficiency and an even more cosseting cabin experience.

Of course, the xDrive20d is not the onlyX3 option. The range also includes a 3.0-litre turbodiesel and a choice of three turbocharged petrol engines, each with its own character, and in the case of the larger-engined versions more power, too.

However, in my books, it’s the X3 xDrive20d that remains the pick of the bunch, and finds the sweet spot between refinement, performance, versatility and economy. Viva the evolution! DM