East Africa: The roots of radicalism should inform government’s response to terror 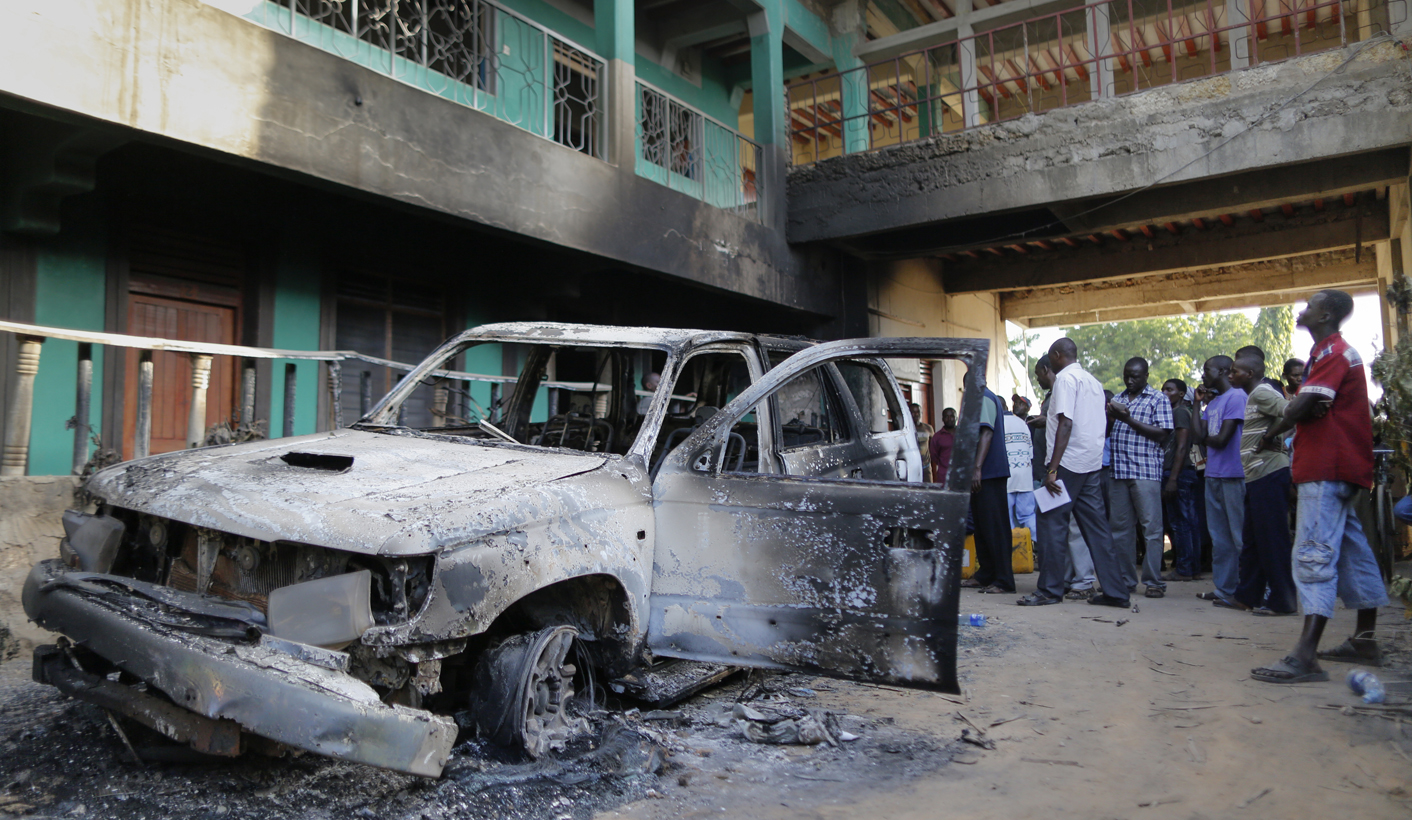 The Kenyan government’s response to terrorism may have made the problem worse, says a senior researcher from the Institute for Security Studies (ISS), ANNELI BOTHA.

There has until now been very little research into why young Kenyan and Somali men join al-Shabaab and the Mombasa Republican Council (MRC). This has led to limited understanding among government and Kenyan society of the roots of radicalisation and terrorism.

But to deal with terrorism you have to understand where it comes from. I recently concluded independent academic research, in two different studies in Kenya and Uganda, followed by a third study in Somalia in partnership with Finn Church Aid, which I hope will contribute to that understanding.

We found that many Muslim youths joined extremist groups as a reaction to the Kenyan government’s collective punishment or assassination of their religious leaders. It is clear, therefore, that government anti-terror strategies based on mass arrests and racial profiling are counterproductive and may drive individuals to extremism. Unless government changes its approach, there is a real risk it will inspire a new cycle of radicalisation and violence.

The MRC is often mistakenly associated with al-Shabaab, but our research showed very clear differences in the type and motivation of people who join the two organisations. The MRC is driven by ethnic and economic factors, while al-Shabaab’s core is radical Islam. The two have a common enemy in the Kenyan government, but it would be a mistake to place extremists from both groups under one banner.

Violent extremism in Kenya has since the 1990s lost its exclusively foreign character, and national and regional extremism has expanded. While al-Shabaab’s roots are in Somalia, growing acceptance of al-Qaeda and al-Shabaab’s philosophy in traditional African communities has allowed it to spread through the broader region, including Kenya.

The most dramatic manifestation of Al-Shabaab’s abilities to strike beyond Somalia came when it successfully executed suicide attacks in Kampala, Uganda, on 11 July 2010, and the attack on the Westgate shopping mall on 21 September 2013 in Nairobi. Al-Shabaab was also implicated in smaller attacks where Kenyans were the targets of improvised explosive devices and hand grenade attacks.

In addition to being the victims, Kenyans and Ugandans were directly involved in recruiting their fellow nationals to join al-Shabaab, some of whom were used to execute attacks in their own countries.

“These radicalised individuals are identifying with something other than being Kenyan. It shows that radicalisation will increase as long as Kenyan citizens identify with an ethnic or religious identity that is perceived to be under threat.

The assassination of Muslim leaders or scholars has radicalised and recruited dozens, if not hundreds, of people into extremist organisations.

It is not only government and its security forces that treat people on the fringes of society as the ‘enemy’, but also broader Kenyan society, which perceives al-Shabaab as consisting only of Somali nationals or those who are visibly Muslim.

Unfortunately, Kenyan government officials have to date mostly denied that domestic circumstances contribute to the radicalisation of Kenyan nationals. Some consider Kenya to be an innocent victim of conflict between the United States and Islamic extremists, or think that Somalia is the beginning and end of all its security problems. Only a few accept that Kenya is experiencing internal problems.

Security in Kenya is also increasingly politicised, which affects the way the government responds to terrorism. For example, following the killing of at least 15 people in the village of Poromoko near Mpeketoni on the Kenyan coast on 15 June 2014, President Uhuru Kenyatta blamed official political opponents, even though al-Shabaab accepted responsibility.

Instead of attempting to bring people together, politicians are harnessing political divisions for their own ends, which further threatens national unity. As a result, the Kenyan leadership has not stepped in to address growing radicalisation when firm action could still have prevented the increase in attacks in Kenya.

Instead, local conditions have enabled growing frustrations to become worse, enabling al-Shabaab to strengthen its foothold in the country.

During our study, most al-Shabaab and MRC respondents said what pushed them to finally join radical organisations were injustices at the hands of Kenyan security forces. People interviewed specifically referred to a perception of ‘collective punishment’.

The single most important factor that drove respondents to join al-Shabaab, according to 65% of respondents, was government’s counter-terrorism strategy. The worst example of a campaign of mass arrests came in April 2014, when Kenyan authorities arrested 4,005 Somali-looking individuals.

But lashing out against the collective is ineffective and counterproductive, because a real danger exists that affected communities might see the need to defend themselves, thus driving individuals to extremism.

Our research also looked at the role of religious identity in radicalisation. Despite Kenya being a secular country, Muslims feel discriminated against and are not well represented in key government positions and institutions.

Revealingly, 73% of al-Shabaab respondents said they ‘hated’ other religions. Asked to define the intensity of the conflict between Islam and its enemies, 74% of respondents classified it as ‘ongoing’ and 26% as an ‘all-out war’.

Nearly half of al-Shabaab respondents (49%) identified the government as the source of the threat to their religion, followed by other religions (24%), an external enemy (18%) and a combination of the government and others (9%).

It is clear that politicians and government face a serious legitimacy crisis among individuals who ended up joining al-Shabaab and the MRC. Government needs to create the necessary political space to permit the expression of political frustrations and interests other than through the use of violence.

The research found no direct link between poverty and the reason why respondents joined al-Shabaab and the MRC. However, uneven development and subsequent relative deprivation played a prominent role among MRC respondents.

Education or a lack thereof was identified as a crucial contributing factor to relative deprivation. Overall, al-Shabaab respondents were better educated than MRC respondents. The number of years a person spent at school is therefore not the most important factor in preventing later radicalisation – it is also the quality of education that determines its value in preparing a person for a career.

More than half of respondents joined al-Shabaab and the MRC between the ages of 10 and 24. Nearly all al-Shabaab (96%) and MRC (87%) respondents said they had high levels of frustration when they joined the organisations, illustrating the role emotions play in the radicalisation process.

By contrast, economics were a much larger factor in recruitment to al-Shabaab in Somalia, where researchers interviewed 88 former fighters in Mogadishu in April 2014, in a separate study by the ISS and Finn Church Aid that used the same methodology as the Kenya research. DM

Anneli Botha has been a senior researcher on terrorism at the Institute for Security Studies in Pretoria since 2003. Her specific areas of interest are counter-terrorism strategies and the underlying causes of terrorism and radicalisation. A summary of her academic research findings has been published by the ISS in a paper titled ‘Radicalisation in Kenya: Recruitment to al-Shabaab and the Mombasa Republican Council’.

The ISS is an African organisation that aims to enhance human security on the continent. It does independent and authoritative research, provides expert policy analysis and advice, and delivers practical training and technical assistance. The research in Kenya referred to here was independently funded by the author as part of her academic research.

Photo: Residents gather around a burned-down Farmer’s Hotel in the small coastal town of Mpeketoni near Lamu, Kenya, 16 June 2014. At least 49 people were killed in an attack by about 50 gunmen, a news report said. Witnesses said many people were held hostage in the attack that ran for about four hours. Somali Islamist group al-Shabaab claimed responsibility for the attack, warning western tourists not to come to Kenya, which it called ‘officially a war zone’. The group has increasingly extended its violent campaign to neighbouring Kenya, where an attack against a Nairobi shopping mall left 67 people dead in September 2013. EPA/DAI KUROKAWA