The President’s Fund: Where is the money for Apartheid victims actually going? 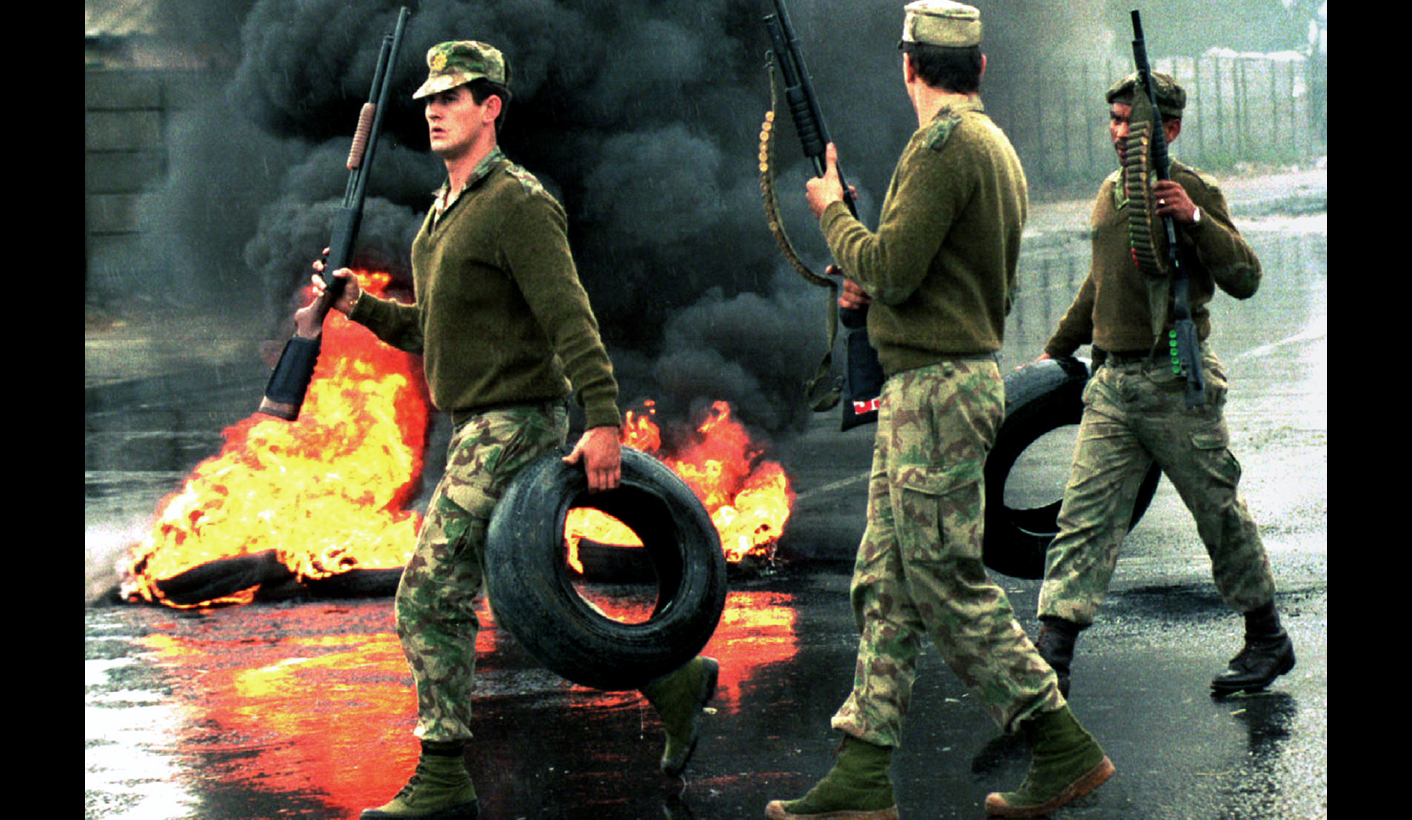 There’s R1.19 billion sitting in the President’s Fund, designated by the Truth and Reconciliation Commission to help victims of Apartheid rebuild their shattered lives. Now the department of justice finally wants to spend it, but who will actually benefit? Its intended beneficiaries say they are still being left out of the process, and that the money is being misused. SIMON ALLISON investigates.

When, in 2003, the Truth and Reconciliation Commission finally got round to making its final recommendations, it emphasised the importance of financial reparations to victims of Apartheid. In 2005, a government fund was set up to do just that – the President’s Fund, now worth a cool R1.19-billion. But nearly a decade later, most of the money in the fund has yet to be disbursed, and a group representing Apartheid victims has said that new plans to spend the money won’t necessarily benefit traumatised communities.

“The department’s plan represents a plundering of funds specifically dedicated to addressing the vast, unmet and urgent needs of victims of Apartheid gross human rights violations,” said Dr Marjorie Jobson, national director of the Khulumani Support Group, which represents over 90,000 victims of Apartheid. Many were shot, imprisoned, tortured or raped; others lost family members and had their homes burnt down by the Apartheid regime. None are happy with a department of justice and constitutional development proposal to plough half the President’s Fund into community infrastructure projects.

Before getting into the details, it is important to note that some elements of the TRC’s recommendations on reparations have already been implemented. More than 16,000 individuals – those who appeared before the TRC or were named in TRC reports – were given a one-off payment of R30,000 each, beginning in 2003. Although this is far below the amount recommended by the TRC (which averaged out to R21,000 per person annually for six years) this money has at least been disbursed. According to the justice department, there are only 20 people yet to receive their claims, and that’s because the department can’t find them.

Now the department is turning its attention to another key area of reparation: community reparations. This is designed to help communities particularly hard-hit by gross human rights violations during Apartheid recover by providing health care, mental health care, education and housing.

There were 128 such communities identified by the TRC, but the department’s plan only covers 18 of them, each of which will get a R30 million grant totaling R540 million, or half of the remaining money. According to regulations gazetted in November 2013, the money will be handed over to the Independent Development Trust, which will use it for projects identified by steering committees within the communities themselves.

These projects must fall under one of these five broad categories: infrastructure development; school construction and improvement; health and social services; skills development support; or any other activity aimed at promoting the healing and recovery of a community that has been affected by human rights violations.

So far, so good. Khotso De Wee, chief operations officer at the department of justice, told the Daily Maverick that he believes the new proposal is in line with the recommendations laid out by the TRC.

Khulumani, however, disagrees. It argues that the limited scope of the proposal excludes the vast majority of affected communities; that victims of Apartheid, as envisaged by the TRC, were not consulted properly in the process of drafting the new regulations and will not benefit directly from them; and that the type of infrastructure-heavy projects envisaged are simply to make up for shortfall’s in the government’s own municipal infrastructure grants (in other words, the President’s Fund should not be used to do things that the government should be doing anyway).

To demonstrate its concerns, Khulumani points to the example of Mpophomeni township in KwaZulu-Natal’s uMngeni Municipality. Mpophomeni is due to be one of the first to receive the R30 million, which it to be put towards a new community centre. But Mpophomeni already has a community centre. Worse, it is unclear if the grant covers more than just construction. Once it is built, where will the money come to maintain it? And who will staff it? Will Apartheid victims really benefit from a new building that has all the makings of a white elephant?

De Wee is dismissive of Khulumani’s concerns. He maintains that all the relevant stakeholders were engaged, most recently at a meeting in Pretoria on 26 September. While acknowledging that many of the attendees of the meeting were members of the local community steering committees – and therefore already have a vested interest in the continuation of the project – he says these committee members were also victims of Apartheid, and deserve to have their say.

De Wee is probably right. Apartheid’s injustices reached far and wide, and continue to do so. Most citizens of this country can legitimately claim to be a victim of Apartheid. But this misses the point. The TRC recommendations were about specific victims and specific communities. By excluding the vast majority of these communities, and by riding roughshod over the objections of the biggest Apartheid survivor support group in the country, the department of justice is failing to adhere to the spirit of the TRC’s recommendations, and is in danger of abusing their mandate to manage the President’s Fund.

And it’s not just Khulumani that thinks so. At least one TRC commissioner has said that she is outraged by the new regulations, and would oppose them (the Daily Maverick knows who this is, but has not received permission to identify her). And online petition platform Amandla.mobi on Tuesday launched a campaign to save the President’s Fund from being diverted to municipal infrastructure projects: “We’ve launched the campaign on sms, Mxit, and our mobi site in four languages so the majority of South Africans can take action. It’s clear from our members that we can’t let the department of justice boast about the success of the TRC while failing Apartheid victims.”

Fortunately, it’s not too late to make a difference. The new regulations must still be approved by both the minister of justice and the president. Until then, there’s still time to find a better way to fulfil the TRC’s mandate – and to honour the sacrifice of all of Apartheid’s victims. DM

Photo: Police remove tyres from a burning tyre barricade in the black squatter township of Khayelitsha April 11 1993, as news of the death of the General Secretary of the South African Communist Party Chris Hani began to filter down to the black townships outside Cape Town. (Reuters)