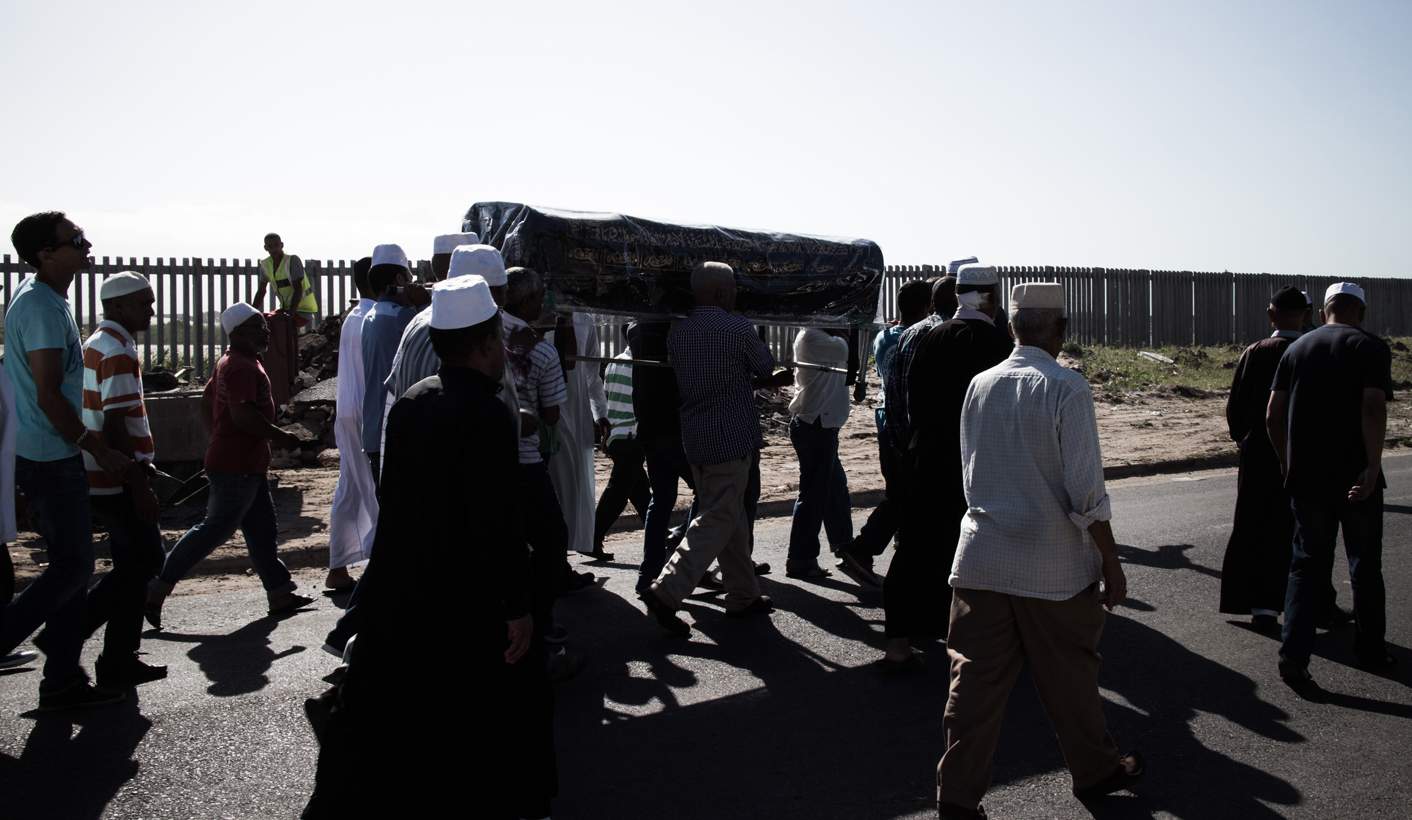 By trying to eradicate gangsterism in the Western Cape, police officers implementing Operation Combat, the specialised SAPS anti-gang strategy, are risking their lives, and the lives of their loved ones, to keep others safe. SHAUN SWINGLER reports.

On Monday evening, Constable Lutfie Eksteen, an officer involved in Operation Combat, experienced a massive loss as a result of the work he does for the South African Police Service (SAPS).

Someone knocked at the door of Eksteen’s 71-year-old mother’s Manenberg home in the early evening. Eksteen’s brother, Mansoor (44), went to see who was there. The men at the door told Mansoor they were there to deliver flowers. After Mansoor had told them they had the wrong address, the men stormed into the house and began shooting. The first bullet clipped Mansoor’s hand. Mansoor turned and ran, looking for his gun. As he turned, the second shot went through Mansoor’s back and punctured his lung. The gunmen then fired on Eksteen’s mother Shamiela, hitting her in the stomach.

Munsoor is in a critical but stable condition in hospital. Shamiela died of her wounds.

Operation Combat, headed by Major General Jeremy Vearey, is a high level strategy aimed at bringing down leaders in Western Cape gang structures. The strategy emphasises the importance of a holistic approach to tackling gangsterism. It doesn’t just focus on throwing minor gang offenders in jail, it relies on long-term intelligence gathering, community mobilisation and strategic visible policing to target high-ranking gangsters and cut off gang leadership at the head.

Once suspects are apprehended, they are charged under the Prevention of Organised Crime Act (Poca) and their cases are headed up by a specialised unit of the National Prosecuting Authority (NPA) tasked with dealing specifically with Poca cases.

Vearey, speaking on behalf of the family, confirmed the “home invasion attack” and said that the police officer whose family was shot is under his command. He would not confirm the names of the policeman and his family.

Vearey said information indicated possible gang involvement, and thanked the community for their support and tip-offs.

“We will pick up every gang member who we have a reasonable suspicion for us to do so,” he said, “and we will interrogate each of them. We are in the process of following up leads emanating from such interrogations.”

“We will not rest until we find every one of them,” said Vearey. “We want to appeal to them publicly to not place themselves in possible harm’s way through their own actions and for them to go to the nearest police station and give themselves up.

Speaking to Eksteen outside his mother’s home the morning after the shooting, he said he believed his mother and brother were shot as a result of his work with Operation Combat and his efforts to broker a peace deal between two of the biggest rival gangs in Manenberg, the Americans and the Ghettos.

Curious onlookers stood in the street outside Shamiela’s house, police swarmed in and out of the area, their vans parked down the street. Passers-by offered their condolences to Eksteen.

Eksteen spoke pragmatically about the events of the previous night – his voice soft, but determined. He was wearing the white shirt and blue jeans he appeared to have had on since yesterday evening.

“Being the only son in household right now, I’m focusing now on putting my mother in the ground. That’s my focus right now. My colleagues will handle the investigation and bring those responsible to justice – I’ll focus on the personal stuff.”

By 2pm, with the sun beating down, over 200 people had descended on Shamiela’s home to show their respects. There was a strong police presence and Muslim prayers could be heard from inside her house.

One community member who knows Eksteen personally and who asked not to be named said that Eksteen “is a very kind and generous man who is devoted to making his community safer”. She placed the blame for Shamiela’s death solely on the gangs in the area and warned that Eksteen is at continued risk doing the work that he does. “Sy liewe is in gevaar van die bendelede,” she said. “His life is in danger from the gangsters.”

Other community members I approached did not want to speak to me. Some said it was because they feared gang retribution.

By 4pm, Shamiela’s kaatil was carried out into the street and from there it was transported to the mosque. The crowd began to dissipate.

The community had paid its respects, with many of its members beginning the walk back to their homes. Some of them would walk back to safer areas in Manenberg, others to areas where they will face similar risks to those faced by Shamiela and Mansoor.

No one is sure yet whether the gunmen sent to Shamiela’s house were supposed to kill Eksteen or whether they were dispatched to Shamiela’s house to send Eksteen a message by killing his family. What we do know is the numerous gang-related shootings in Manenberg, most of which go unreported, and the many innocent lives lost in the crossfire tell us that the collateral damage in the war against gangsterism is devastating. DM

Photo: By 4pm, Shamielah’s kaatil was carried out into the street and from there it was transported to the mosque. (Shaun Swingler)