Flare-up in Central African Republic: Yet another setback for a peace process going nowhere 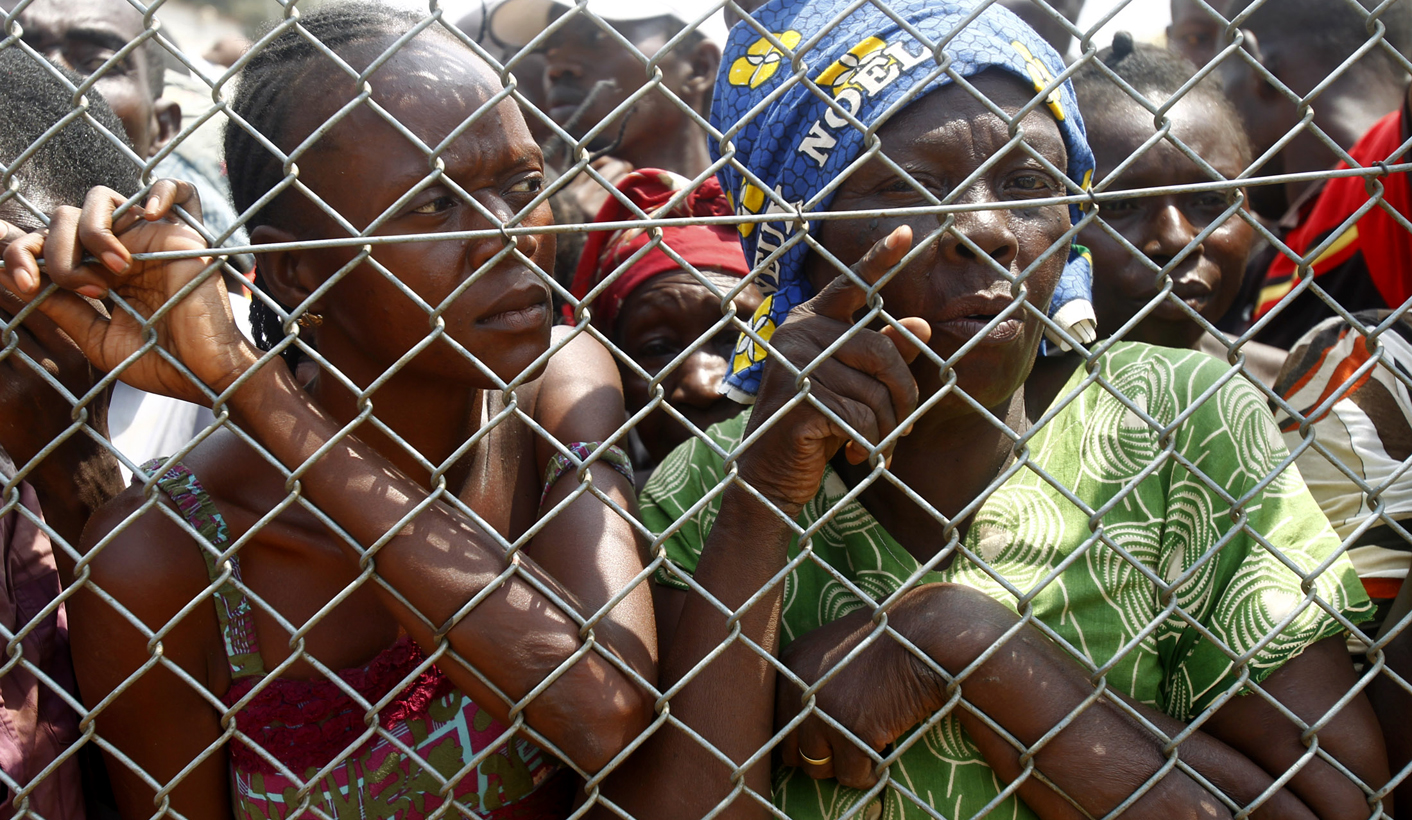 For a few months, Bangui has been calm – even the refugees had started to go home. Last week, however, the relative peace was shattered in a new bout of violence that left more than a dozen dead and the interim government looking even more out of control than before. This country has a long, long way to go. By SIMON ALLISON.

Just when Bangui looked like it might be getting back on its feet, the capital of the Central African Republic was rocked by another bout of fighting that underlined the fragility of the peace process.

Five days of violence began last Tuesday when a Muslim man was lynched after allegedly launching two grenades in a Christian area. His body was mutilated and then burnt. Reprisal attacks followed and the situation soon spiralled out of anyone’s control, with anti-Balaka militants – who are still the most powerful fighting force in the city – seeming to lead the charge on Muslim areas. At least 14 people were killed, including two United Nations peacekeepers, and that number is likely to rise.

The fighting brought the city to a standstill. The airport was closed, cutting off the major lifeline to the outside world; most humanitarian organisations suspended their work; and anti-Balaka road blocks kept most people at home.

The sudden resurgence of the conflict in the capital city caught most onlookers by surprise. Over the last few months, Bangui has been enjoying a period of relative calm. The frontline of the fighting has moved up north, near the city of Bambari, and internally displaced persons have been returning home in their tens of thousands – always a good sign. Some humanitarian organisations have even been contemplating scaling down or shutting down completely their operations in the city.

For now, those plans are being put on hold. Refugees are returning to the camp by the airport, and the political process has taken a massive backward step.

The anti-Balaka forces – the militant coalition with its roots in regional vigilante movements that unseated the Seleka rebel government last year – used the opportunity provided by the unrest to demand the resignation of interim President Catherine Samba-Panza, accusing her government of being ineffective and corrupt. This accusation stings all the more because it is probably true. So far, the interim government has not been particularly successful at bringing the various parties to the table and figuring out a lasting solution.

Nonetheless, theirs is a near-impossible task and it is hard to pinpoint anyone who might do better. The anti-Balaka themselves certainly aren’t helping, if their role in this week’s violence is anything to go by. And perhaps the militants know this. After talks on Saturday, they withdrew their resignation demand in exchange for the promised release of anti-Balaka prisoners – a setback for justice, but perhaps a necessary compromise in the circumstances.

Although the overall picture for the CAR remains grim, there are a couple of potentially positive observations that we can draw from the recent events in Bangui.

First, the anti-Balaka displayed a degree of coordination and organisation that few had thought possible before. It has always been something of an unruly coalition, and one of the key problems in the peace talks is who exactly to talk to. There is no single figure that can sign a deal and implement it, and the plethora of different militias that fight under its banner make agreement difficult. So the fact that it was able to deploy fighters strategically, and call them off on Saturday after talks with the government, implies that perhaps the group’s leadership is maturing. While this could be dangerous, it could also mean that mediators will finally have someone to talk to.

Second, this was the first major test for Minusca, the new United Nations mission that replaced the African Union mission in September. And it was an expensive test. With two peacekeepers dead, and another six seriously injured, Minusca put itself in the firing line. And it seems to have worked. The situation in Bangui does seem to have calmed, and Minusca’s protection of Bangui’s last remaining Muslim areas almost certainly prevented huge numbers of casualties there. So far, so good for the new force.

As a new week dawns, a tentative calm has once again returned to Bangui. No one, however, will be lulled into a false sense of security, knowing that the relative stability is as precarious as it is necessary. This country still has a long, long way to go before it even starts on the road to recovery. DM