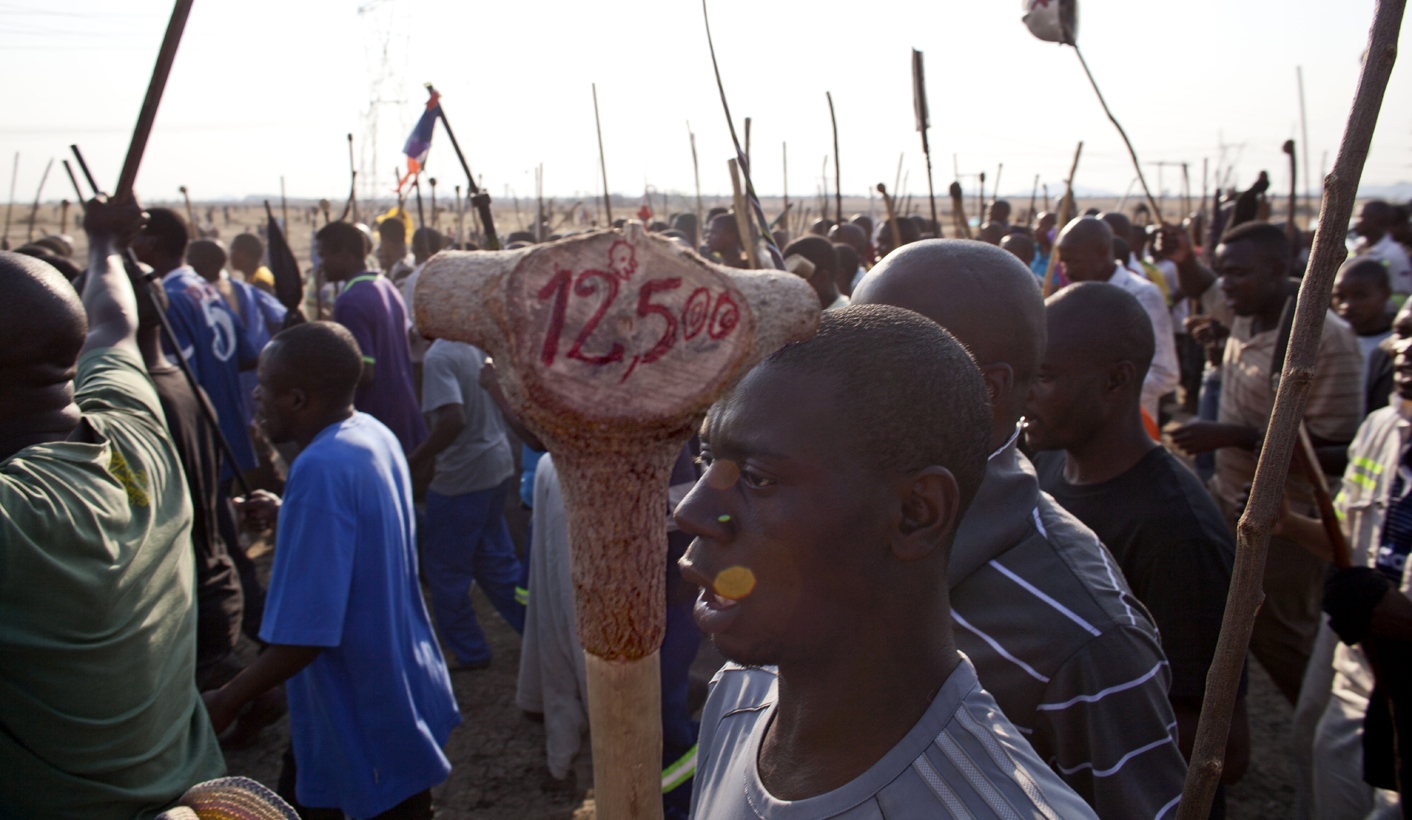 Lonmin has sought an urgent interdict against a non-governmental organisation that ruffled the mining giant’s feathers. GREG MARINOVICH reports on a rather late attempt to muzzle all reporting on the Marikana Commission.

The Alternative Information Development Centre (Disclosure: AIDC’s economist Dick Forslund contributes to Daily Maverick, most recently about Lonmin) has been served with an interdict application in the Johannesburg High Court to try to prevent the organisation from holding a press conference about Lonmin’s finances, especially relating to the use of a wholly owned subsidiary in the tax haven of Bermuda.

That application, made on 8 October, makes for fascinating reading. Lonmin wants to prevent AIDC from a) holding the press conference in connection with the Marikana Commission of Inquiry, b) preventing or publishing any report based on information disclosed in the course of the Commission and c) making defamatory statements about Lonmin, especially that Lonmin representatives gave false and contradictory evidence and attempted to ‘hoodwink’ the Commission.

So what is Lonmin suddenly so litigious about? The last witnesses to appear before the Marikana Commission in September were from Lonmin, and what emerged then sparked an uproar. Former Lonmin COO and executive director Mohamed Seedat, despite now only being on a part-time contract with Lonmin, was the one chosen to come and explain all about the platinum miner’s employee housing, or lack thereof. (Perhaps he drew the short straw in what must been an intense boardroom showdown. Perhaps he miscalculated the mental faculties of those involved at the Commission, in the light of the police’s star witness Mr X’s testimony fiasco.)

In brief, as part of Lonmin’s license to mine, they agreed to redevelop their hostels from overcrowded shared rooms to single and family occupancy units. This would un-house some 5,500 of their employees from those hostels as these men were gradually evicted from their rabbit warrens. The plan was then to build 5,500 low-cost houses which employees could either buy, or rent to buy. To this end, Lonmin spent two years doing research that by their own admission proved to be incorrect, and then built three show houses. And that is where Lonmin ceased building the houses that their mining license demanded they construct.

The 5,500 houses were only ever meant to accommodate the men forced out of the hostels by the renovation. This number does not in any way address the tens of thousands of Lonmin employees and contractors who live in the squalid shanty towns like Nkaneng and several others with auspicious names like ‘RDP’ or ‘Big House’.

At any rate, Lonmin’s argument was that the ‘Great Recession’ of 2008 prevented them from carrying out the housing.

Evidence leaders confronted Lonmin with evidence from their own documentation that during that period, they had been paying sales commissions worth some R1.5 billion to the Bermuda based Western Metal Sales and dividends to the BEE shareholders as well as back to London.

During the cross examination of Seedat, it emerged that Lonmin’s accounting of how much money had been spent on housing was no more than “sleight of hand”.

Their budget for housing had previously been set at R145 million for hostel conversions and R665 million for house construction – a total of R810 million. Of this, R138 million had been spent on the hostel conversion, and nothing on housing, yet the annual report claimed that 21% of the housing construction targeted spending had been achieved, despite no other houses having ever been built.

This predated Seedat’s appointment, but he responded by saying that “it would have been an honest mistake rather than a deliberate intent.”

It was indeed, and that is why the AIDC was so agitated by Lonmin saying they could not afford to pay for the houses in the wake of the recession. In an email to media houses and others entitled ‘Lonmin is hoodwinking the Marikana Commission and the South African public: SARS must investigate the conglomerate’s financial affairs’ AIDC promised that ‘We will present a report on what so far has been disclosed during the Marikana hearings: How “sales commissions” to Bermuda and exorbitant “management fees” to the head office deplete the funds of Lonmin’s locally producing companies, making housing obligations and decent wages “unaffordable”.

“Well over R400 million has every year been shifted away from Lonmin’s South African subsidiaries, to the tax haven of Bermuda and to its head office company.”

The AIDC was expressing its misgivings about Lonmin’s “transfer pricing” and the “shifting of profits”. Tax optimisation is legal, tax evasion is illegal. Seedat told the Commission that “a structure like this is normally set up to be optimal from a tax perspective”.

This is what provoked Lonmin’s board to unleash their legal team, under the head of legal services Peter McElligott to apply to stop AIDC from having that press conference, or releasing their report.

Lonmin’s legal filing claimed they had an “Apprehension of irreparable harm” should the NGO’s press conference go ahead. One rationale for this was that the situation in Marikana remained volatile after the loss of life in 2012: “The potential for the formenting (sic) of dissent and violence cannot be underestimated…”

They also state that the events of 2012 caused “substantial damage” to the platinum industry and Lonmin SA in particular: “as a consequence any adverse publicity suffered (by Lonmin SA) will almost inevitably cause a drop in the share price with the risk that these losses will never be recovered”.

All that is pretty straightforward. Lonmin wants to contain the bad press over their perhaps dubious financial practices and lack of delivery on the legally binding social obligations towards the poorest of their employees. They also do not want their employees to suddenly come to the realisation that Lonmin is not a great boss.

Additionally, Lonmin’s lawyers have read into the Commission’s regulations that any publication or dissemination of the evidence or documents or statements entered as evidence to the Commission is illegal.

It is indeed illegal to publish material that was submitted, but not actually entered into evidence and argued about. This is the reams of stuff in various hard drives and such, the veracity of which has never been tested in the Commission. But Lonmin is saying that the evidence that was broadcast on YouTube by the Commission, that all the reports over the last two years in this, your very own Daily Maverick, are illegal and yes, even the transcripts of every single day of the 292 days of evidence put up on the Commission’s own website are illegal. They say that the publication of this will somehow influence Judge Farlam, who has himself sat through all of it. And read all the documents, entered as evidence or not.

Laughable, of course. The general rule is that no-one can state an outcome as final before the Commission has concluded. That rule is especially strict for lawyers, but for the press and others not so much. If Lonmin’s legal counsel had found this practice objectionable, they had two years in which to say something. It just so happens that it was only by this September just past that Lonmin’s senior representatives were on the stand and the company began to feel the heat; and this is when they found discomfort in the practice of evidence considered and exhibited.