Marikana – The Musical: A tale of democracy’s pitfalls 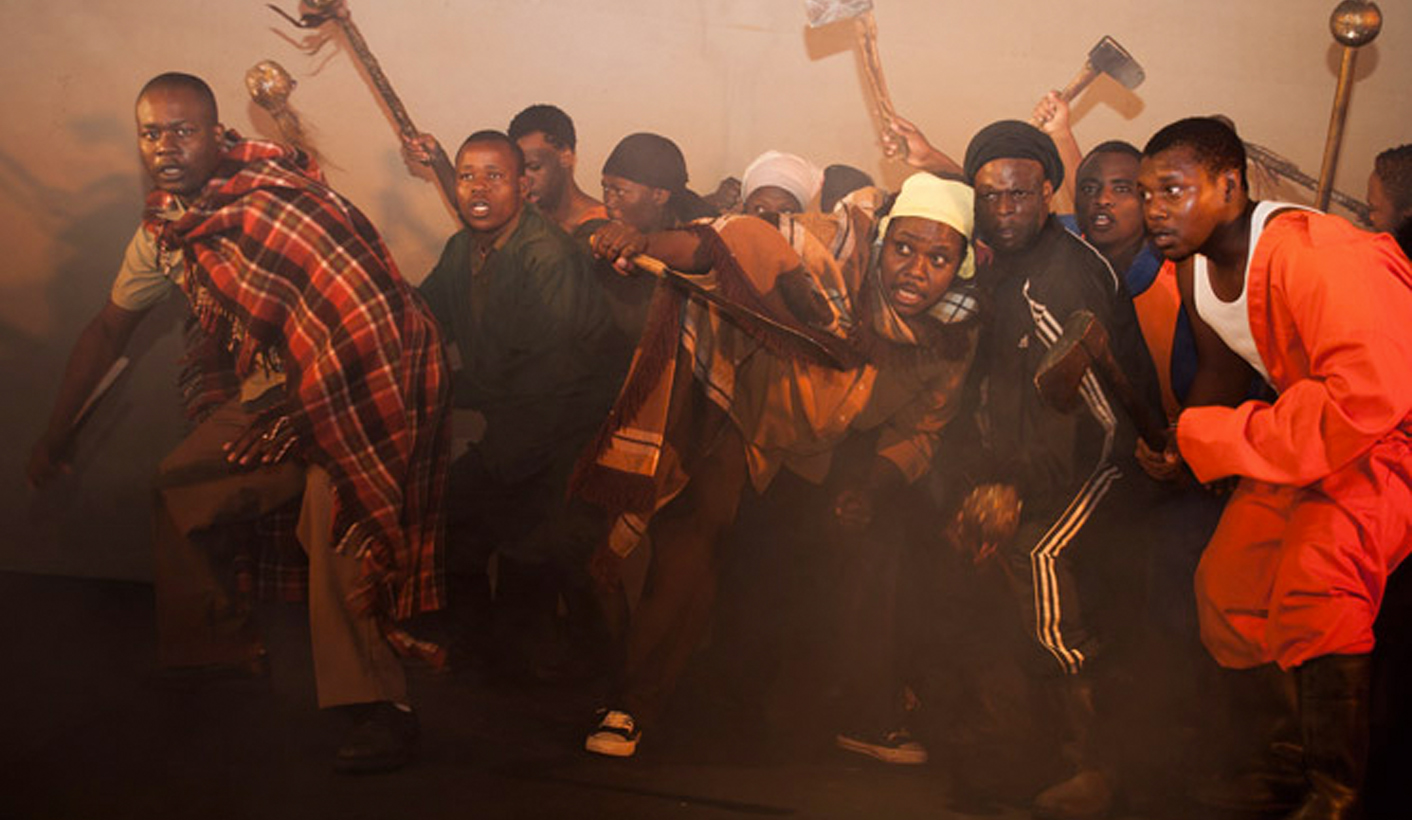 As the curtain rose and the magnificent set came into view, I felt a chill down my spine. Aubrey Sekhabi had done it again. A review by MANDLA MASEKO.

Knowing the calamity of South African’s dwindling audiences, it got me thinking to see the opening night of Marikana – The Musical at the State Theatre packed to capacity. Did people flock in large numbers because the story of Marikana is still vivid in their memories, or is it false that audience numbers are really growing smaller in South Africa? Or was the answer more prosaic: did the majority simply come because they received complementary tickets?

The latter may, disappointingly, be the answer. But it may nonetheless be interesting to drive a scholarly diagnosis of what brought viewers out in their droves to see this elegantly packaged musical show. Audience analysis is, after all, a complex matter, especially in understanding what attracts black audience members to theatres.

Whatever the reason, however, viewers were not disappointed. The curtains rose and a magnificent stage set by Wilhelm Disbergen, with equally impressive light and sound, came into view. I felt a chill down my spine. Aubrey Sekhabi had done it again.

Sekhabi, a multi-award winner, is known for creating politically charged stage works that electrify the nerve system of South Africans. In the past, he has delivered such works as Mantolo – The 10 Steps (2008); Kalushi – The Story of Solomon Mahlangu (2010) and The Rivonia Trial (2010). His ability to adapt social and political tragedies for theatre is startling and in synch with our times. His resume is too extensive to resurrect in this piece but suffice to say he is respected in the cultural and creative industries as one of the country’s finest political playwrights for traditional media.

The story of Marikana on stage brought fresh memories – the splendid acting of Meshack Mavuso (Isidingo) as Vukani and Aubrey Poo (Wild) as Nyoka brought a significant percentage of the audience to tears, leaving the viewer feeling by turns at one with the miners and sympathetic to the police force. The linear storyline brought couple of sensitive issues to bear; a daring move, considering that the Marikana Commission is still probing to find answers to the tragedy which occurred on 16 August 2012.

The musical does raise a number of assumptions from a somewhat subjective angle. For one, it suggests that an Indian man saw a business opportunity during the strike and armed the miners with pangas (Track 6, entitled ‘Pangas’). It further suggests that the Police Commissioner lost the trust of her appointed commander at Marikana and took charge, which resulted in the massacre; that the NUM rejected its own and labelled the men that were on strike as non-members; and that Lonmin was not scripted to understand their official position. According to the musical, they shut down their assets and rejected constructive negotiation with the miners. Although it is early days in judging what really happened at Marikana, the novel on which the musical is based – namely We are going to kill each other today – The Marikana story, enables one to follow the story, albeit subjectively, of what may have led to the massacre of breadwinners in Marikana. The show closes with the saddest of scenes: mothers, sisters and wives coming to pick up the pieces and remains of their loved ones. The vicious circle of single parenting was too painful to watch.

The show compels us to reflect on the state of affairs in our country, and the maximum force used against civilians – recalling memories of the Boipatong massacre, the Sharpeville massacre, the Soweto Uprising and many other merciless killings of citizens during Apartheid.

Marikana is an open window for us to see that democracy has its pitfalls as well. South Africa is lauded for its human rights protection laws, its ability to stand through the toughest times and achieve peaceful negotiations without bloodshed. Marikana – The Musical reminds us that twenty years into our democracy, South Africa’s democratic honeymoon is over and our silver cup is cracking, like many other African states that attained freedom and implemented democratic policy.

The show is on at the South African State Theatre, so head over and judge for yourself. Over and above the stage show, there is an exhibition, a sale of Marikana merchandise, and all round it is a superb night out for South Africans – with the added benefit that it drives us to start a dialogue on such important issues.

A highlight was the music by Mpho McKenzi (of Rhythmic Elements fame). These new compositions herald a new era of political songs, and we all gave a standing ovation before the show ended. DM

Mandla Maseko is an entrepreneur, an opinion maker in the cultural and creative industries, and a Master of Arts (Arts, Culture and Heritage Management) student at University of the Witwatersrand. He specialises in reviewing works of art to provide an academic perspective.