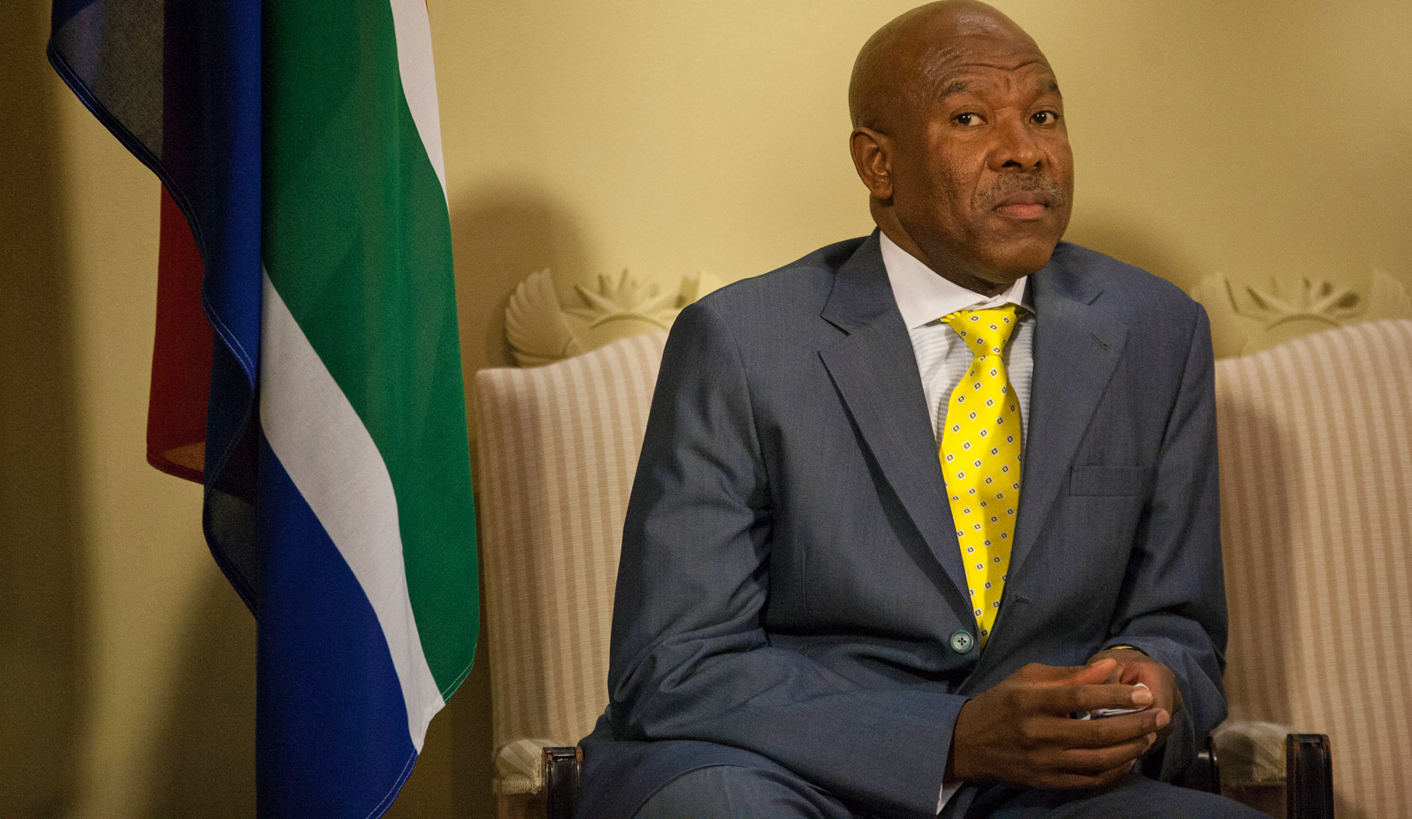 On Monday President Jacob Zuma appointed Lesetja Kganyago as the new Governor of the Reserve Bank. He will take over from our first-ever female governor emeritus, Gill Marcus, when her term ends next month. Zuma has made the right choice. But the decision reveals far more about the South African Left, and thus possibly the future policy direction of the ANC, than it does anything else. By STEPHEN GROOTES.

If you wanted an insider’s insider to run the Reserve Bank, Lesetja Kganyago is your man. Years at the Treasury, rising to the position of director-general, and then three years at the Reserve Bank, learning the ropes on the Monetary Policy Committee. Starting at the Treasury as he did, under Trevor Manuel, he is someone who is almost the human distillation of the ANC’s economic policy over the years. He would have been a part of almost every major financial discussion that has been held in government circles since the turn of the millennium.

In a world where there is increasing suspicion, often quite rightly, of insiders, it is this “insiderness” that makes Kganyago the right person for the job. Economic policy is not for muppets; he is not a muppet. He also knows the back-story to our current situation. And that is going to matter, because when it comes to matters fiscal, usually you see the consequences around eighteen months after a policy decision. So it matters that he was there when the “now” was decided, back before the Economic Freedom Fighters even existed.

The other reason this is the right decision is that it shows, or signals, to the market that Zuma, and his government, are happy with the current policy, and are not going to change it anytime soon. You wouldn’t appoint someone who had been one of the main implementers of the policy of inflation targeting if you were about to change that policy. As Banking Association MD Cas Coovadia put it, it’s also good because “[i]t shows that you growing good people in the SA Reserve Bank”.

By this point, Mac Maharaj may be wondering where the ritualistic Zuma-bashing section of this piece is. Here: The fact that Kganyago was going to take over could almost have been signalled as far back as his first appointment as a Deputy Governor back in 2011. So on Friday, when Zuma announced a special press conference, the world rushed to it, expecting something dramatic, only to be slightly disappointed that it was just an appointment to the Reserve Bank. Not that it’s not important, but it’s not something you disrupt your Friday evening programming for. When Marcus announced two weeks ago that she was not available for another term, she indicated she had already told Zuma so. So you could ask, perhaps, why, if such an obvious successor was going to be appointed, Zuma didn’t just do it the next day?

Maybe Marcus’s honesty caught everyone off guard (she made the “announcement” in response to a question). Perhaps there were ANC processes and discussions that had to happen first. Either way, at least we didn’t have to wait until the last minute to find out.

All of that said, the real story here is how Kganyago’s elevation to the top job at the Reserve Bank shows two things. The first is that the ANC continues to march, albeit slowly, to the right on financial issues. And the second, tied to this, is the collapse of the Left. All of this is linked directly to the implementation of the GEAR economic programme of Trevor Manuel, in 1996.

At the risk of repeating myself, when Zuma became president, whether he would continue with the bank’s mandate to use interest rates to fight inflation was one of the major questions facing his first administration. At the time, he seemed to be in political debt to the Left, particularly the SACP and COSATU. Both of them seemed to be opposed to inflation targeting – COSATU more so than the SACP. These days, that is an issue that has completely gone away. There are no serious questions about whether Zuma’s administration is going to change the mandate of the bank to properly move away from this policy.

The reactions of the various Leftist bodies to Kganyago’s announcement were fairly revealing.

COSATU found itself in a slightly complicated position, due to the fact that Kganyago had actually once worked for the federation. We’re talking decades ago, but it can hardly be seen to be angry at the elevation of one its own. However, the redoubtable Patrick Craven was certainly not going to be stopped from saying that they were disappointed that clearly the bank’s policy of inflation targeting was going to continue. They’re clearly furious. Of course, this sidesteps the real issue, which is that Kganyago is really a technocrat fulfilling a mandate issued by government, rather than setting the mandate himself. And getting that mandate changed is where COSATU should concentrate its efforts.

The SACP says it looks “forward to working with Kganyago” but it does say he “should put the people first”. It claims that this is a victory, as Kganyago is going to continue what it says was the policy of Marcus, which is to reduce the aggression with which the bank raises rates when inflation is too high. While the bank under Marcus may have behaved slightly differently to the way it did under Tito Mboweni, the idea that it didn’t raise rates to fight inflation is probably going to come as news to her. (But then, the SACP has lived on a different planet for so long that no one is really likely to notice anyway.)

The sound-byte of the day came, oddly enough, from the National Union of Metalworkers of SA spokesperson, the wonderfully named Castro Ngobese. He said that “only white capital” should celebrate the appointment. Quite rightly, he diagnoses this as a continuation of the “liberal policy interventions” that we’ve seen over the last decade or so.

What this really shows is that the Left within the Alliance is emasculated. If the collapse of the SACP is shown by the fact it can’t even oppose e-tolls (and the fact you have to pay for what used to be public property) then the weakness of the Left is further shown by this appointment.

As a proud neo-liberal capitalist, I say ‘good’. Inflation targeting has worked over the last twenty years, and it should continue to work. There will be problems, and there will be times when we all curse and swear at Kganyago. But in this country, if inflation rises, it’s the poor who can’t eat. And so inflation must be tamed.

Kganyago’s appointment will give some confidence to a business sector that is craving certainty. And it will also give certainty to those wondering if the Left has in some way recovered from 1996. It hasn’t. DM

Photo: Reserve Bank Governor incumbent Lesetja Kganyago sits in the Union Buildings after the president announced he would take over from Gill Marcus at the end of her term. (Greg Nicolson)