Bulelani Ngcuka strikes back: Too little, too late 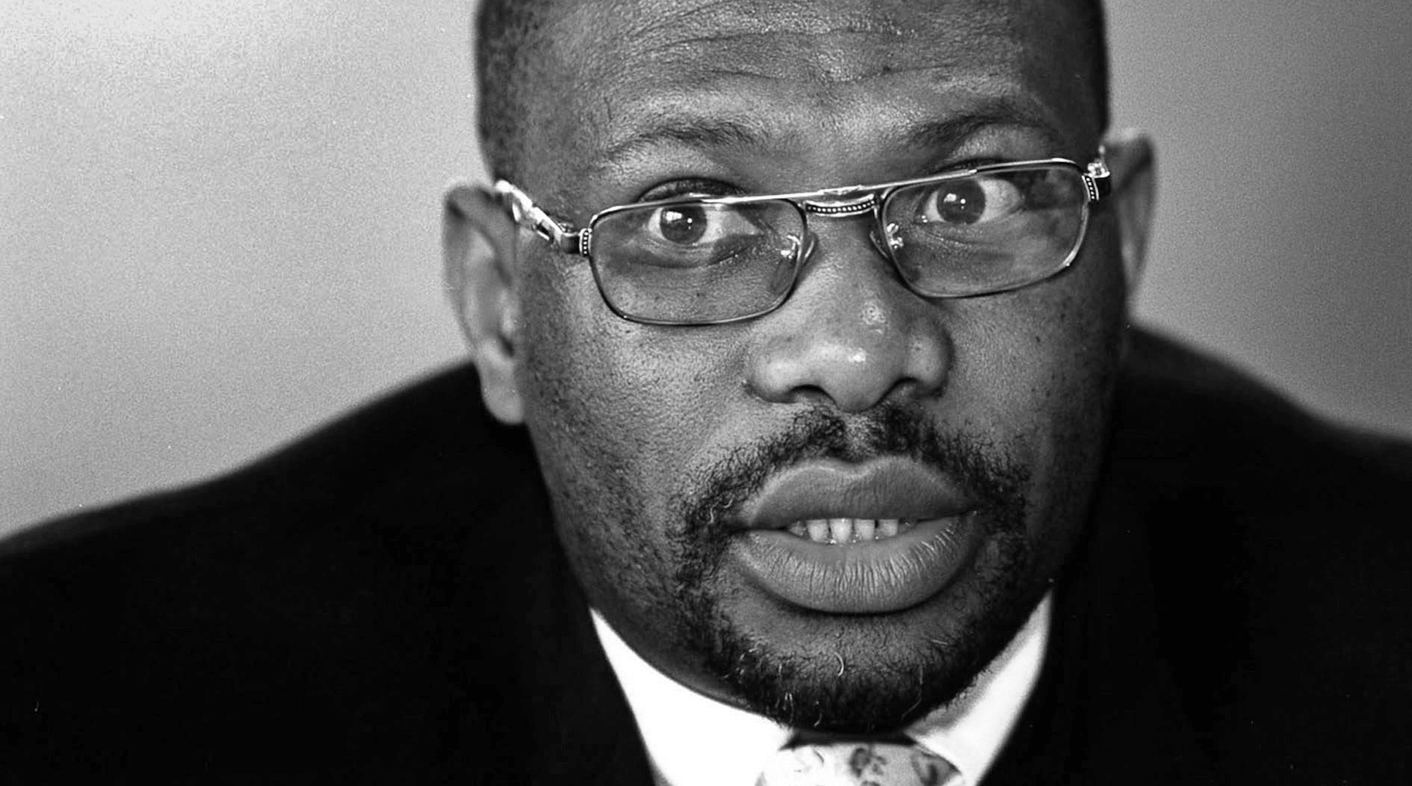 In a story as long and as complicated as that of the Zuma Spy Tapes, it takes quite a lot to surprise anyone. But Sunday’s exclusive in the Sunday Times is something that does appear to upset the applecart, if only a little. It’s been five years since then-acting National Director of Public Prosecutions Mokotedi Mpshe announced that he was withdrawing corruption charges against President Jacob Zuma based on recordings of conversations between one former and one then-current NPA official. Now, after five years, the former official, Bulelani Ngcuka, has hit back properly. Still, it may have very little impact. By STEPHEN GROOTES.

Bulelani Ngcuka is destined to occupy a rather interesting place in our history books. On the plus side, he was the first man to head up a properly independent prosecutorial system in South Africa. Appointed the first National Director of Public Prosecutions (NDPP) by the then President Thabo Mbeki, he will always be destined to feature in the footnotes of some textbooks. But in the legal volumes and law reports, his place will be very different. He has basically been accused of the worst possible sin for a prosecutor: acting for political reasons.

The case against him is that he interfered with decisions around the timing of the decision to charge Zuma with corruption, after Schabir Shaik was found guilty. Certainly, he had conversations about the case – with then-Scorpions boss Leonard McCarthy – that at the very least were incredibly indiscreet. And it does seem that Ngcuka was still involved in the case when he had no legal right to be, as he had already left the NPA.

Ngcuka’s response to this on the legal case against Zuma is a sort of “so what”. His point is that while the conversations did occur, they didn’t affect the case against Zuma. As he points out, if Mpshe claims these conversations are proof he was manipulating the process, how can it be: “Nowhere in his reasons for the decision to stop the prosecution does Mpshe – or any of the individuals who were a part of that decision – state when and how any of us influenced him or any member of the team.” He goes on to say he can’t find the connection between the phone conversations and the decision to withdraw the charges.

This particular aspect is bound to the subject of heavy legal argument when the DA’s review application to overturn that decision is heard. And indeed, it is the question that has been asked almost continuously since the decision: how can conversations between two people impact on the decision of a third, who was not a part of the conversation, and did not even know that that discussion had happened?

The bounds of Mpshe’s logic get strained further when Ngcuka points out that the decision to prosecute had already been taken by Mpshe before the conversations of December 2007. He says this is backed up by documentary evidence. This surely makes it even harder for Mpshe to counter. Why would a decision to prosecute be affected by conversations that occurred after it was taken?

Ngcuka’s other main point, and it’s a strong one, is that there is clearly other information that is missing. He says this is “critical” information that includes text messages and memoranda that would “shed significant light” on the decision and is being “deliberately withheld”. In other words, Mpshe, and perhaps some of the people still within the NPA, have been very careful with the selection of the information that has been released.

And, of course, there is his complaint, shared by so many people over the years, that the way Zuma’s legal team got hold of the recordings has never been properly explained. It’s become part of our folklore that someone at the then-National Intelligence Agency or within the Police Crime Intelligence Unit must have passed them over. We just don’t know how (although many have guessed).

Many of these questions raised by Ngcuka are issues that have been raised by countless journalists, legal commentators and opposition parties in the days, months and years since Mpshe took his decision. To most people outside the NPA it seemed that Mpshe simply gave in to political pressure. Ngcuka repeats this charge as well.

But what gives his claims their power is that he was actually there at the time, in the sense that he was one of the main actors in this drama. His starring role in the spy tapes essentially means that he has the power to counter the NPA’s then-director’s cut, with his own narrative. Ngcuka is able to say that there are documents missing, for example, and his case will be seen to have merit, as he would be in a position to know.

And certainly, this development should help the DA’s review application of the decision to withdraw the charges, when it comes. The party says it believes this shows that the conversations between Ngcuka and McCarthy were certainly not enough to justify that decision, and that Ngcuka really had nothing to do with the decision to prosecute.

But Ngcuka himself still has several questions he needs to answer, and which are likely to weaken any contribution he could actually make to the DA’s application for Mpshe’s decision to be overturned.

Firstly, and surely most importantly, where on earth has he been for the last five years? Why has it taken him so long to speak? The document he has given is comprehensive, well-argued, and well-written. It’s much longer than the short statement he put out in 2009. It’s not easy for a lawyer to write for the Sunday Times audience: someone would need to polish it, and it certainly looks well polished. But that could all still have been done back in 2009. It wasn’t. Why not? What held him back?

The second problem is the silence of McCarthy. It is, of course, a complete scandal that he went on to head the World Bank’s Integrity section, and hasn’t spoken since these tapes were released. Why not? What is still holding him back?

But the seeds of Ngcuka’s major problems were laid long before the decision to withdraw the charges. It was in 2003, eleven years ago, that Ngcuka said he would not prosecute Zuma for taking money from Shaik, “despite prima facie evidence of corruption against him”. In so many ways, all of the problems around the NPA and Zuma have their genesis in that one decision.

Ngcuka also held an off-the-record briefing with only the black newspaper editors in which it appears he made several claims about Zuma all which amounted to a suggestion he was not fit to rule and become president.

This kind of behaviour is likely to come back and bite him now. Zuma’s lawyers are likely to say that Ngcuka has consistently worked against Zuma, and generally behaved as if he was doing the bidding of Mbeki. Who after all would surely be the person to benefit the most from Zuma’s downfall. They will also be able to say that Ngcuka was really a political hatchet-man who himself did not take decisions “without fear or favour”.

When Mpshe himself spoke briefly to Eyewitness News on Sunday, his response to Ngcuka’s claims was to say that he had no comment but that “it was only his (Ngcuka’s) opinion”. In other words, he was the person in charge of the NPA at the time, he made the decision, and it was his to make. Other lawyers might disagree with it – they’re allowed to – but it’s not their decision to make. That, also, is a strong argument. Based on Ngcuka’s previous behaviour towards Zuma, it could seem that he would always be unhappy at the decision to withdraw Zuma’s charges, no matter how strong the case may be to do so.

The anger and emotion in Ngcuka’s piece shows he is still clearly still troubled by what happened during his tenure at the NPA, and afterwards. His place in our history may well be assured, but it is certainly going to be complicated. DM

Photo of Bulelani Ngcuka from 2003 by EPA.