Analysis: The killing of Anni – Undercurrents will expose social pressure and fear of rejection 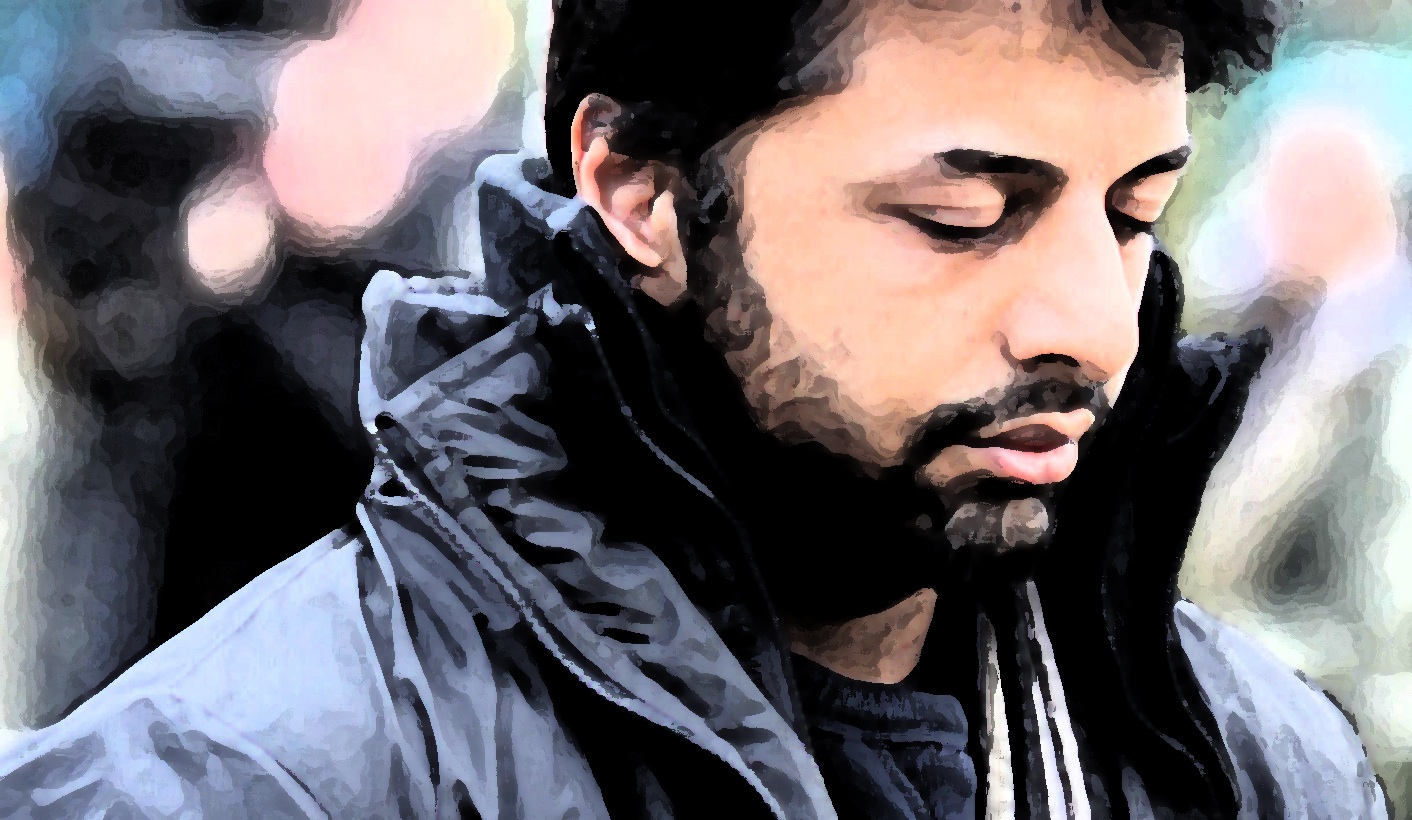 While it will be Western Cape Deputy Judge President Jeanette Traverso’s job to determine whether there is enough legal evidence to convict Shrien Dewani of masterminding the hijacking and killing of his wife Anni, the trial is certain to focus acute attention on the secret world of sadomasochistic sex as well as highlighting the socialisation of men and women in relation to traditional notions of romance, marriage and respectability. By MARIANNE THAMM.

If there is one consistent and overarching thread or theme in the series of SMSes between Anni Hindocha and Sneha Hindocha, her cousin and confidante, it is that Anni was entering into the marriage with Shrien Dewani in October 2010 reluctantly and with considerable trepidation and anguish.

Just as Oscar Pistorius’ trial exposed an underlying tangled matrix of guns, violence, celebrity, fame, money, male entitlement and white fear, so Shrien Dewani’s murder trial, which starts in the Cape High Court today, will cleave open the clandestine world of sadomasochistic sex as well expose why a young woman might reluctantly but willingly enter into a relationship with a man she clearly doubted from the start.

From soon after she had met him in May 2009 to a few days after the wedding when she had already decided to divorce him, the relationship between Anni and Shrien Dewani had offered more than enough indication that this was not going to be a happy union. About 17 months of constant bickering about “trivial matters”, his inability to have sex, his apparent infertility and his alleged controlling nature, were all ominous prenuptial portents.

But this was no arranged marriage with families placing overt pressure on a young couple. And while both Anni and Shrien may have believed they were “free” to fall in love and marry, the complexities of the expectations of romance, love and marriage as well as other unseen currents served to place them in each other’s orbit.

It somehow appears as if everyone in the beautiful young couple’s lives was desperate to believe in a fairytale or in the idea of romance and marriage with all its clichéd and embedded rituals of rings, extravagant romantic gestures and a lavish wedding ceremony.

The fact that the couple was married in a traditional Hindu ceremony is neither here nor there. Tradition, while it might have had a ceremonial role in the marriage, was incidental to the deep socialisation of both these young people into gendered role-play within an established paradigm. While the paradigm in this case was dressed up in gorgeous saris and Henna rituals, it is one that plays out daily across the world in various costumes and disguises.

The SMSes and various other statements that form part of the court documents, sketch a bright, attractive, educated young woman, raised in an open, loving family who all appeared to have become swept up in the excitement of the outward rituals of romance and courtship.

Anni’s was a family understandably caught up with wanting to be happy for their daughter that she had finally “found her man” and that she would now be treading the well-worn and inevitable path of nuptial contentment with all the concomitant steps – children, grandchildren – a life just like millions of other married couples everywhere.

So enthralled was everyone to this notion that they forgave, over and over, or at least convinced themselves that Shrien’s erratic, controlling and unacceptable behaviour towards Anni was the manifestation of the “early stages” of a young courtship and not a troubling indication of deeper underlying issues of control.

From court statements it appears as if Shrien’s behaviour was regarded as something a young woman should learn to work around, or work with at least, and there were numerous loving and well-meaning encouragements for her to keep at it and try to make a go of it.

When Anni’s parents had originally met Shrien in November 2009 on a visit to Sweden they had, said Vinod Hindocha in his statement, been impressed and had “found him to be a well mannered and pleasant person.”

But Anni’s father said that later his daughter had “shared with me that she is not sure if she was making the right decision. She stated he was a perfectionist – referred to him as Hitler and had doubts as to whether she would adapt to his personality. She said this in his presence. He stated he would do his best to change.”

By then Anni had already shared with Sneha that Shrien had “rejected” her sexually on two occasions and that she had felt hurt by this. There were many fights that followed, numerous threats to break off the engagement with Dewani always promising to change.

When Anni did break off the engagement in September 2010, Dewani’s grandmother Ansyuben, as well has his father, Prakash, had called Anni’s father requesting him to encourage Anni change her mind. The Dewanis had allegedly said that breaking off the engagement would “damage” family’s reputation. Dewani, his father told Anni’s father, had previously called off another engagement and this could not happen for a second time.

On their wedding day, both Anni and Dewani, says Sneha, had agreed to “act out” the roles of the happy couple. Afterwards, Anni had told her father she would “manage her own life”. Throughout it all, Dewani and his family constantly promised that he would eventually “change his ways”.

Why was Anni not able to assert and act on her lingering doubts and fears? Why did she lack that sense of agency?

None of this, of course, “caused” Anni’s murder.

Millions of women (and men) across the world endure bad or unhappy marriages or unions for the sake of tradition or “keeping face” without resorting to murder.

A calculated killer was responsible for Anni’s murder while the couple was on honeymoon in Cape Town in November 2010. And the state will attempt to prove that that killer was Shrien Dewani even though he did not pull the trigger himself.

The question has always been why?

There will be a great unleashing of opinion and discussion as to why some prefer to express themselves sexually this way – consensually. The question that will remain unanswered is if Shrien Dewani had found himself able to live as an openly gay man who could frequent these clubs and establishments out of choice would he think of himself differently, have led a different life or found himself entering into a “sham” marriage.

We can only speculate at this point as to what exactly it was, if he is guilty as charged, that prompted his alleged callous course of action.

Did he simply want to “get out of the marriage” as Leister will testify? And why not just divorce her? Why arrange to have her murdered in this particular fashion? Was he planning to act out an ‘eternally bereaved husband’ role for the rest of his lifetime, therefore plausibly hiding his true sexuality from his own family and the entire world?

While none of the above pressures might have prompted any other individual to cold-bloodedly orchestrate the murder of an intimate partner, Shrien Dewani is accused of doing exactly that. In the next two months we will be subjected to every possible perspective that can be mined from the tragedy and that will attempt to weave the various threads set out above into what happened during that honeymoon to Cape Town in November 2010.

While the context of where the trial is being heard – a country where, according to independent researcher Lisa Vetten, the vast majority of women who are murdered die at the hands of boyfriends, husbands and lovers – this will most certainly not feature as a key issue. It was not acknowledged during the Pistorius trial.

Anni was Swedish and Shrien is British and this fact somehow erroneously places them “outside” of this context. Both legal teams will not present evidence on the global scale of the phenomenon or why it is men become so toxic. A wider examination of this will be left up to the fringes of mainstream media – in academic and feminist writings.

Meanwhile the media frenzy has begun and a bereaved Hindocha family, who has waited four years to discover the truth of what happened to their young daughter, will be bracing themselves for a replay of the full horror.

In the end only Shrien Dewani will be on trial. The other factors that might have inadvertently contributed to this tragedy will become lost in the cacophony of sound bytes and the search for an answer. DM

Photo: Shrien Dewani arrives at Belmarsh magistrates court in London 24 February 2011. The honeymoon murder suspect was discharged from hospital earlier this week after suffering from clinical depression and a stress disorder.  EPA/FACUNDO ARRIZABALAGA