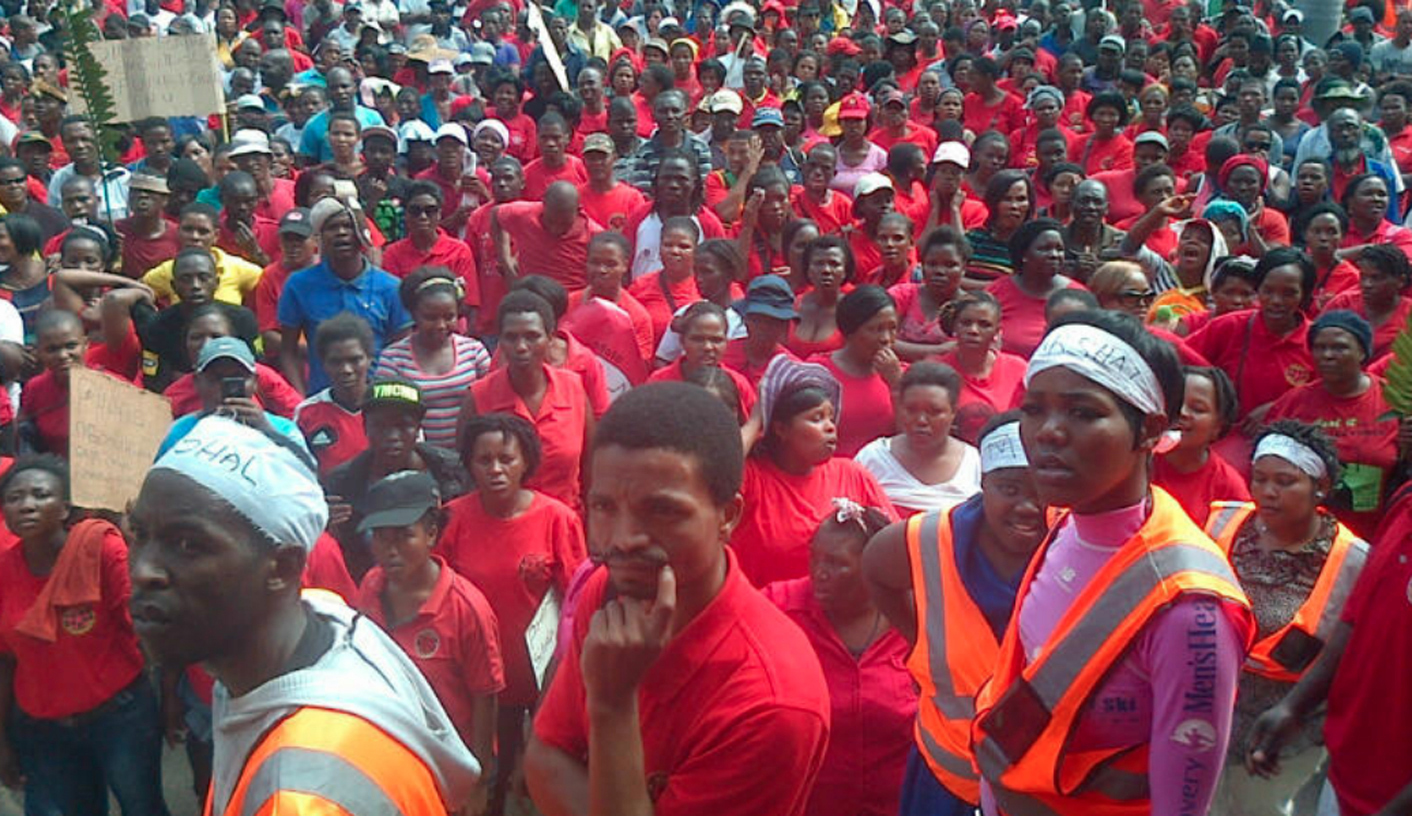 Shortly after returning to KwaZulu Natal from the Abahlali baseMjondolo (AbM) Western Cape relaunch, Thuli Ndlovu, a branch chairperson in the shackdwellers’ movement, was gunned down in her shack. By Daneel Knoetze for GROUNDUP.

Thirty-six-year-old Ndlovu, the movement’s chairwoman in KwaNdengezi, was one of the delegates to counsel AbM’s newly elected Western Cape board.

“We have so much to learn from those comrades,” said newly re-elected Western Cape chairman Siyamboleka James.

“It is a privilege for us that they sent some of their most experienced activists to show solidarity with us on our relaunch. They gave us a lot of strength and encouragement.”

“It was a good way for us to start our new year,” says James.

He says Ndlovu was “a straight talking leader”.

“She was willing to share her experience with us and to encourage us. It helped our new members a lot and we now know from personal experience that Abahlali baseMjondolo lost a very special and strong person.”

Shortly before 7pm on Monday evening, the day after Ndlovu returned to KwaNdengezi from Cape Town, an armed man burst into her home and shot her seven times. She died on the scene.

An 18-year-old man, Sphe Madlala, who had come to help Ndlovu’s daughter with matric exam preparations, was shot twice and remained in a critical condition in hospital on Wednesday.

In a substantial press statement by AbM on Tuesday evening, the movement named a local ANC ward councillor as a suspect in ordering the killing, placing him at the scene an hour before Ndlovu was shot. His presence intimidated Ndlovu, AbM said, and she apparently told her mother, who was also present at her home, that “today we are going to be shot”.

The movement explained the discord between the KwaNdengezi community and the local councillor as stretching back to 2010. AbM said the implementation of an RDP housing project in the area under the direction of the councillor had been corrupt, had been done without community consultation, had infringed on land settled by the original shackdwelling community and had desecrated family graves.

In response the community had launched a branch of AbM – a shackdwellers movement which mobilises against corrupt housing allocation and illegal evictions – in November 2012. Since then, the movement’s members had been subject to intimidation, death threats and gunshots, Wednesday’s statement said.

“Our movement is shocked but not surprised. We have accepted that some of us will die in this struggle. We are well aware that our leaders have been removed from the housing list and placed on the death lists. Many of us have received threats. We knew that another assassination was coming… Senior police officers were also aware that another assassination was coming. They have done nothing to give protection to our members.”

For Rhodes University’s Dr. Richard Pithouse, an analyst with close links to AbM since its launch in the early 2000s, the political assassinations of activists in KwaZulu Natal are a crisis which is not acknowledged. Last year three people were killed during AbM protests over illegal evictions in Cato Crescent, Durban.

“It’s a problem that is quite unique to that province, so people in Cape Town in Johannesburg don’t realise just how bad it is,” he said, adding that being a “political assassin for hire” is an established occupation in KwaZulu Natal.

“Also, it is a thread and a culture that runs through the province’s entire political institution. We are not talking about a few rogue councillors. Death threats and assassinations are a form of social control that is being endorsed at the highest levels of the province’s police and government.”

“Violence and murder was part of the province’s political make up during a period of virtual civil war (between IFP and ANC supporters) in the 1980s and early 1990s. With the transition to democracy there was a hope that a democratic dispensation would provide the space needed for a resolution to this violence. It’s clear that this has not happened. Corruption, connections to criminal networks and political rivalries continue to result in activists and politicians being killed.”

In a paper published by the Institute of Security Studies (ISS) last year, author David Bruce estimates that there have been 450 political assassinations since 1994, 25 percent of which have occurred since 2003. He argues the “climate of fear” which surrounds political assassinations especially affects poor communities in KwaZulu Natal and poses a threat to involved political life. Although not experienced to the same extent in other provinces, this imbalance of South Africa’s democracy should be of concern to the country as a whole, he says.

James agrees. “Our hearts go out to our colleagues in KwaZulu Natal. We know that many of them feel afraid because of these killings. We want to tell them to stay strong and that we appreciate what they have done for our cause in Cape Town and the country.

“Our struggles are linked and we must stand together.” DM