Baleka Mbete: She coulda been a contender 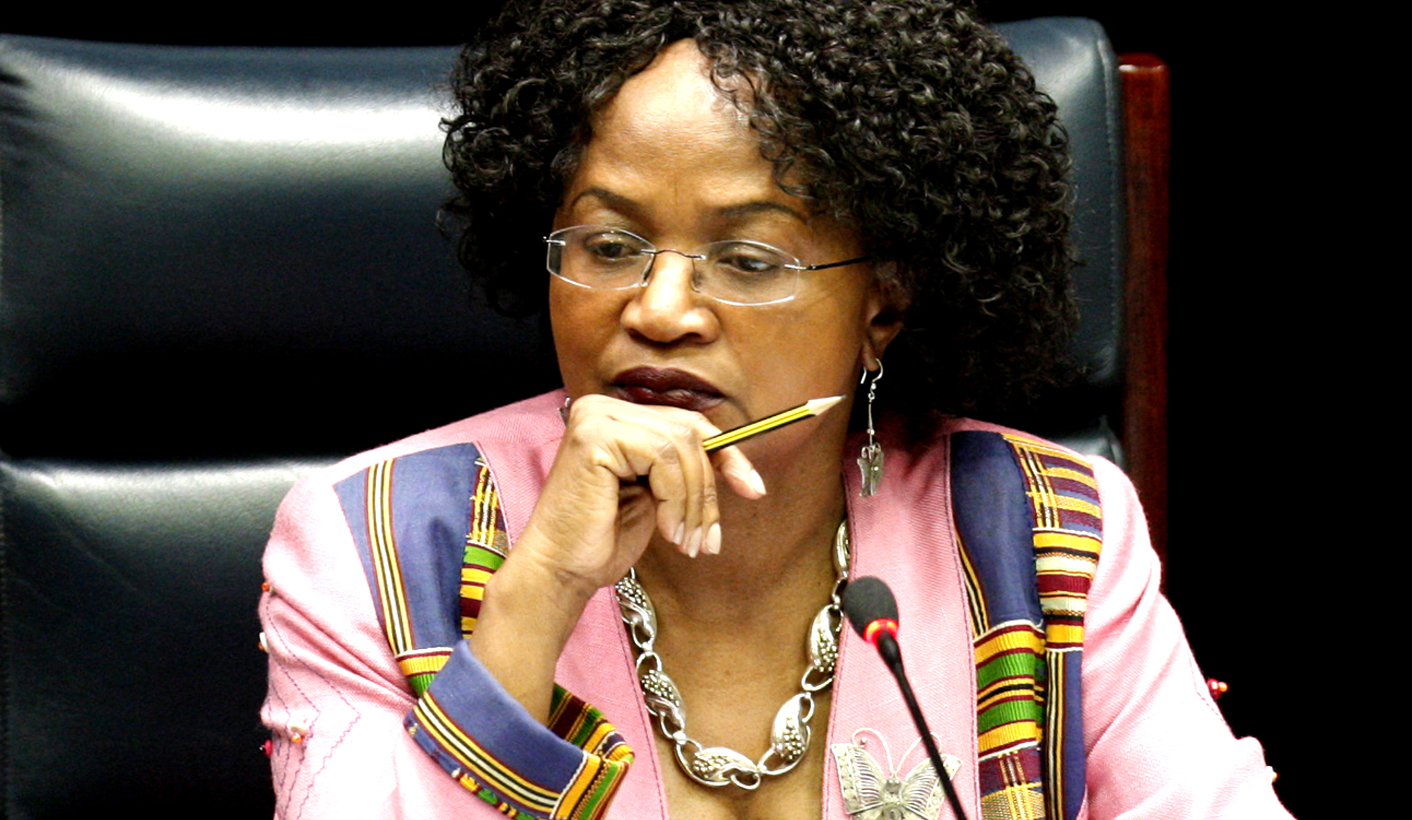 As President Jacob Zuma continues to hog the headlines with scandals past and present, the speculation around who will take over from him has begun. Since he was re-elected ANC leader at Mangaung, most of this has been confined to just two names: his deputy Cyril Ramaphosa, and the out-of-sight (for now) Nkosazana Dlamini-Zuma. But over the last two weeks or so, it appears National Assembly Speaker Baleka Mbete is slowly raising her hand as well. While it is usually suicide to one’s leadership chances to raise your hand in the ANC, she is surely doing it with some intent. What kind of president would she make? By STEPHEN GROOTES.

Two weeks ago Mbete gave an interview to The Sowetan. It was just before the debate was due to begin about whether she should keep her job, as the opposition claimed she was not neutral enough for the post. In it she claimed that she was “ready to play any role”. While that may sound innocuous enough, it certainly sounds like ANC-speak for a certain keenness for the highest office.

Then, last week, on the Tuesday evening before the public holiday, she spoke to the South African National Editors Forum. Just her appearance alone is interesting. She is not one to cosy up to the media. It is certainly not her natural constituency, and she has has shown little interest in doing so before. During the question session, she admitted that she had “lost it” during the debate that saw Julius Malema and his middle-finger-toting friends refusing to leave the chamber, and the confusion that followed. She also said that she did not give the order to cut the television and audio feeds to Parliament, and that the media should not have been asked to leave its gallery during the ruckus.

That of course, may all be true. But coming from someone with very little track record in unburdening herself to reporters, it is surprising – and could suggest the beginning of a process of getting the media more on-side.

Over this last weekend came a report suggesting that the ANC’s National Executive Committee had decided it was not yet time to discuss the succession debate. Come to think of it, the NEC has never issued a statement saying it is time to discuss succession, but such a comment could be linked to Mbete’s recent comments.

When it comes to the race itself, Mbete has certain advantages. First and foremost, she is a woman aiming for the top job in a party that has never been led by a woman. This also means that the ANC Women’s League may be inclined to go along with her candidacy. Already some of that League’s senior leaders have said the time has, at long last, come for a female leader. Mbete was once secretary-general of the Women’s League, but it was during the early ‘90’s, which means many of the people in its structures will have changed.

She also has the virtue of experience. She will by 2017 have been in the Top Six for ten years, and can claim to have learnt the ropes. Mbete will also be able to point to her long service during the Struggle, and her exile years. All of this will stand her in good stead in a party in which the past really seems to matter.

However, there are some strong problems she may have to overcome. The first is her health. She was on leave just after the elections, and admitted to having a health issue. Then came claims that at one point a military aircraft was used to transport her to a health facility because of her illness. Clearly, whatever it was, it was serious. The claims may well be made that if she is battling to stay healthy with the job she has now, she will find being president even harder.

This points to the next issue. She is significantly older than most of the ANC’s members, and there could be calls for some sort of generational change. In other words, her opponents could claim that it is time to give the baton to someone who is from a younger generation. Those people could be supporters of Ramaphosa. But he is just four years younger, so those arguments may not get them that far.

And then there is the public image of Mbete; it’s not pretty. She was found to have received a driver’s license illegally. She was one of the MPs caught up in the Travelgate scandal that saw parliamentarians crooking the system. And then, crucially, she does not have a track record of being seen as bigger than the debate, of actually accepting different points of view.

When she was Speaker for her first run, between 2004 and 2008, she famously threw DA MP Mike Waters out of the house for claiming that Manto Tshabalala-Msimang was an alcoholic. It was a moment where she clearly “lost it”. But there was no apology that time around. When Mbete announced that a slogan for Parliament would be “Let’s deepen debate, South Africa”, some people who had reported on her chortled.

And then, of course, we have Mbete’s current situation. She is the National Chairperson of the ANC, and is Speaker of the National Assembly. It is so obviously a conflict that she should have refused the posting to Parliament. All it has done is weaken her, and exposed her to the charge that she is quite happy to be less than neutral.

When this Parliament started after the elections, the DA broke with a tradition it had established of voting for the ANC’s choice of president. Up until then it had always gone along with the ANC on the grounds that they accepted the outcome of the system, and who the president would be. This time around they decided to oppose the choice of Zuma, on the grounds that he had already worked against the Constitution, and thus broken his oath of office. This is an indication of how tensions between the major parties have risen over the years. Should Mbete become president, it is unlikely these tensions would ease.

For the country to improve, someone decisive will be needed. But that person must also have the ability to listen to the other side of the argument, to understand the importance of democratic debate. They also need to give the impression that they are the president of even those South Africans who didn’t vote for them, and care for them too.

So far, Mbete has not given any impression that she cares for the other side. Rather, she seems to delight in showing contempt for the’other side’. This calls into question whether she is in fact a democrat. It is hard to imagine her swearing her allegiance to the Constitution, and promising to uphold it, and being taken seriously.