DRC: Just this once, Joseph Kabila should listen to his opposition 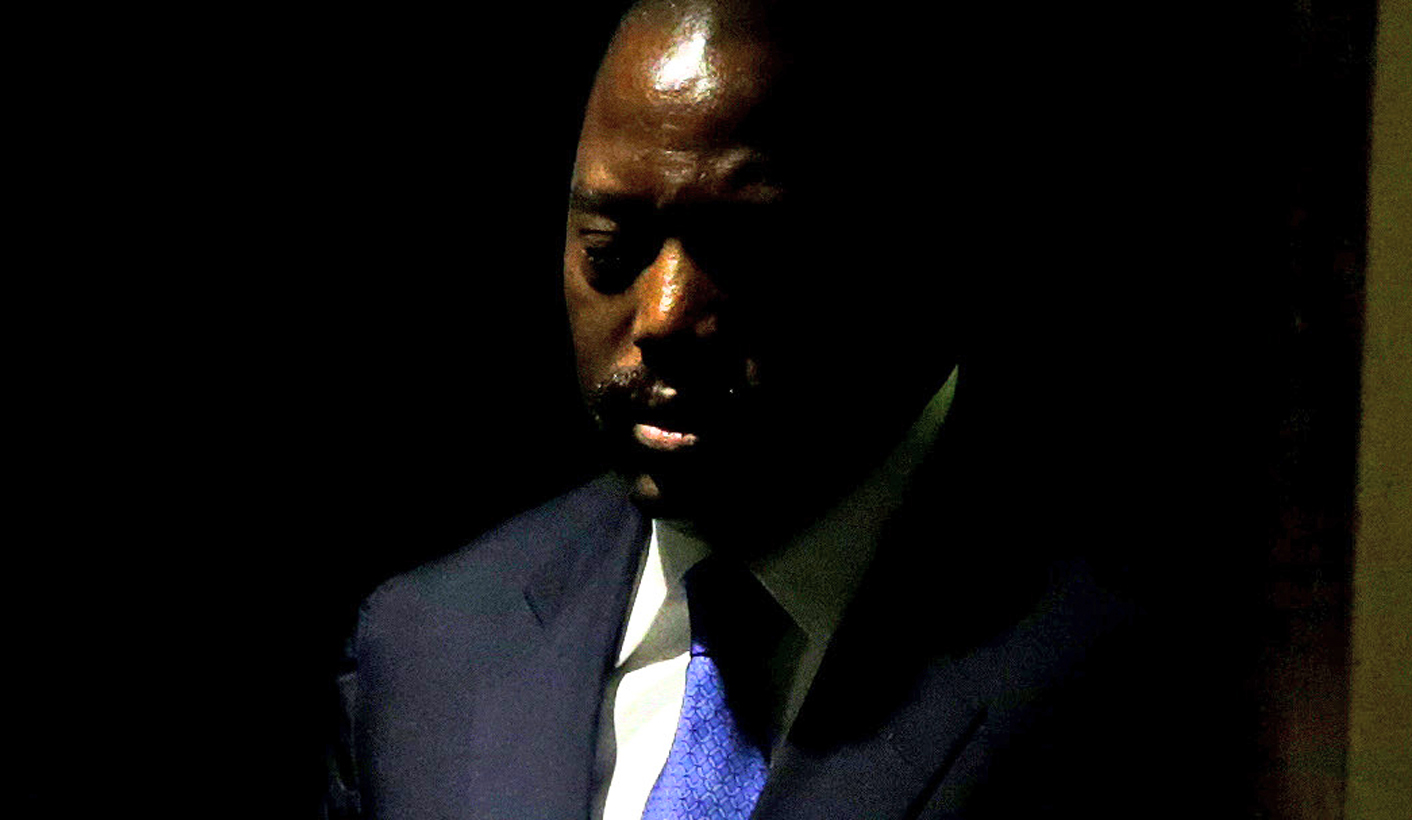 Congolese President Joseph Kabila may or may not have decided to fiddle with his country’s constitution, but opposition groups aren’t waiting for him to make up his mind. Protests in Kinshasa and Goma this weekend were a pre-emptive warning that there will be consequences if he does try to remove constitutional term limits and keep himself in power. By SIMON ALLISON.

Looking at Joseph Kabila, it is strange to think that this is a man who has already been in charge of one of Africa’s most damaged countries for 13 years. He is only 43, and it shows, particularly in the presence of his often geriatric African counterparts – he walks with energy and confidence, and his face is free from the wrinkles and frown lines that one would expect to mark a man with such a weighty responsibility.

Power suits Kabila, it seems. The question now is: how much more of it does he want?

He is slightly more than halfway through his second term in office, and the constitution of the Democratic Republic of Congo unequivocally states that this will be his last. Presidents can serve a maximum of two terms, and Kabila has already had more than his fair share. He was appointed president after the assassination of his father, Laurent Kabila, in 2001, and served for five years without a democratic mandate before winning elections in 2006. Another election victory – albeit one marred by serious irregularities – followed in 2011. His current term only expires in 2016, but the DRC’s beleaguered opposition parties are already asking themselves if Kabila really intends to step aside.

This is more than just paranoia. Aside from the Kabila family’s dynastic track record, there have been serious mutterings in the corridors of power in Kinshasa – particularly from within the ruling party – that perhaps Kabila will alter the constitution to remove all mention of term limits. Kabila himself has remained silent on the subject, but has pointedly refused to commit to stepping down in 2016.

The opposition, frozen out of power in 2011’s questionable vote, is nervous that in Kabila they are dealing with a would-be president-for-life. And, given the president’s youth, the country could be looking at five more decades with Kabila occupying Kinshasa’s lavish Palais de la Nation.

“We don’t want any more Mr Kabilas. The people are tired,” said Bruno Mavungu, secretary general of the opposition Union for Democracy and Social Progress (UPDS) party, speaking to Reuters as thousands of people took to the streets in Kinshasa on Saturday. As they marched through the capital’s central boulevards, their message was simple: any attempt to alter the Constitution to remove term limits would not be without consequence.

Thousands of miles away, in the eastern city of Goma, a similar protest was underway, although police reacted to this one with tear gas. Nonetheless, the opposition had made their point – there is hostility to the president’s presumed plans at both ends of this vast country.

This can be a dangerous pastime. Earlier this month, in what his lawyer described as “a parody of justice”, opposition MP and general-secretary of the Union for the Congolese Nation party Jean-Bertrand Ewanga was sentenced to a year in prison. His crime? Arguing against any constitutional changes at a political rally, and stating that Kabila must go by 2016.

More generally, Kabila’s government doesn’t have a great record when it comes to taking criticism. “In Kinshasa and elsewhere, government authorities have sought to silence dissent with threats, violence, and arbitrary arrests against human rights activists, journalists, and opposition political party leaders and supporters who were critical of government officials or participated in anti-government demonstrations,” warns Human Rights Watch.

The government, however, denies that Kabila intends to hang onto power. “I am not aware of an initiative that has been taken to change this article that [is] preventing the president to run for a third term,” said information minister Lambert Mende. “It is just opposition speaking just to discredit our political group and discredit the president.” Mende explained that there are initiatives to change some provisions of the constitution, but not the clause on term limits.

If it’s true, this is reassuring. The last thing that the DRC needs is another dictator. Its last, the infamous Mobuto Sese Seko, ruled the country – which he renamed Zaire – for more than 30 years, building himself an extravagant fortune while completely failing to develop the country politically, socially or economically.

Kabila, so far, has been more restrained. He had a point when he proudly told the United Nations General Assembly last week that “today the DRC is once again standing tall, a country where peace becomes stronger every day”. But Kabila’s achievements are more relative than absolute, and what progress there has been remains fragile. Clinging onto power will likely reverse the small but significant improvements that Kabila has overseen. On the other hand, stepping aside gracefully might just cement the DRC’s democratic future. At least this once, the president should listen to what the opposition are telling him. DM