Another (football) day, another racist incident 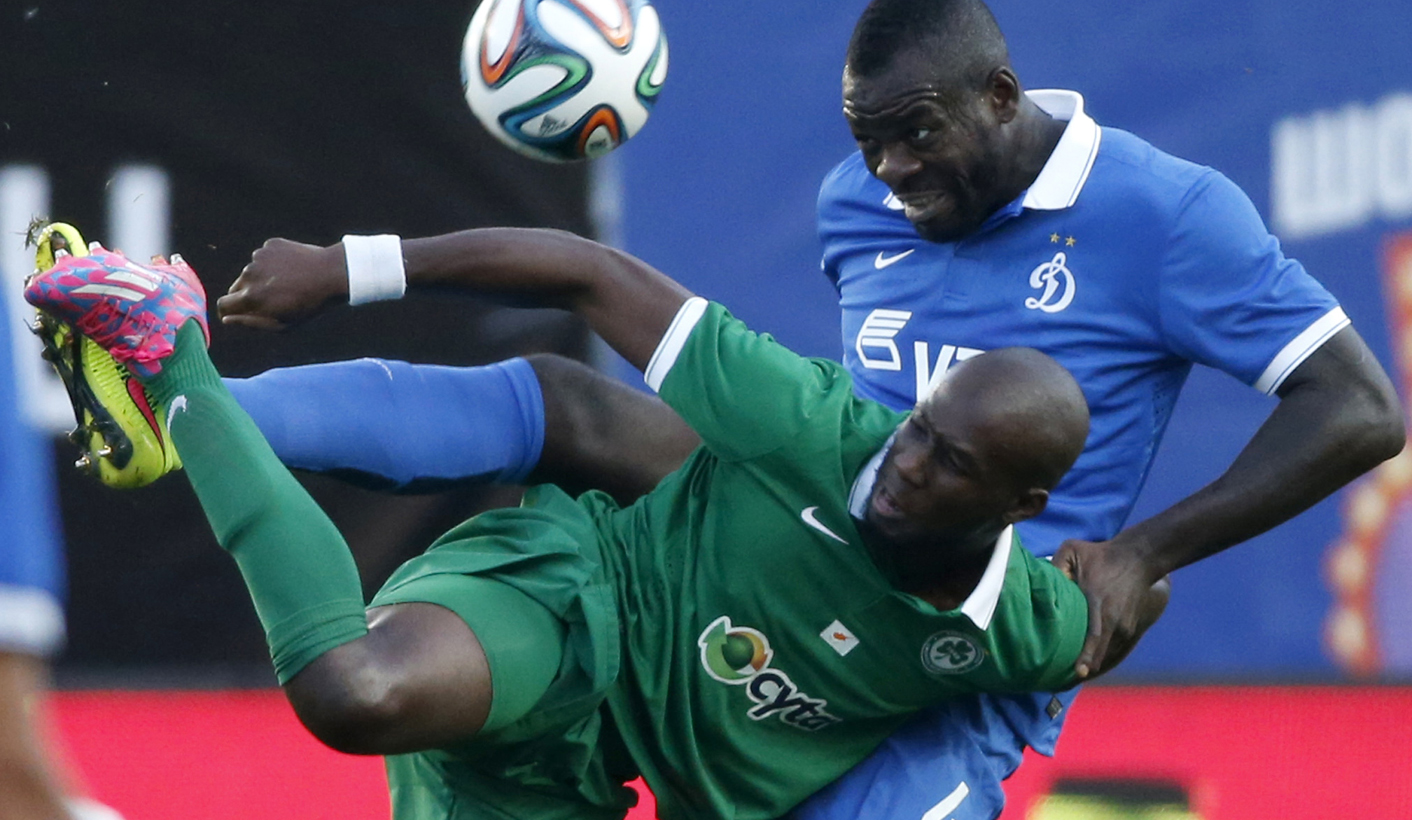 Christopher Samba has become the latest in an ever-growing incident list involving racism in football. And, as usual, the action taken against the clubs who fail to police their fans is nothing short of laughable. By ANTOINETTE MULLER.

It is something that has become so routine there might soon come a time when it’s not even reported on anymore. Racism in football prevails and those who govern the game continue taking only docile action and thinking it’s enough to combat a widespread problem.

During Monday’s Moscow Derby between Dynamo and Torpedo, Christopher Samba asked to be subbed for the second half of the game. The reason? He was being racially abused.

A Russian Football Union (RFU) representative confirmed racist chants had been directed at the former Blackburn and QPR defender.

“I can confirm Samba felt offended with Torpedo fans and didn’t want to go on the pitch for the second half,” Dynamo vice president, Gennady Soloviev, said. “That’s why he was replaced.”

Dynamo won 3-1, but Samba’s manager, Stanislav Cherchesov, contradicted the statement from the stadium manager. He said Samba was subbed because of a calf injury. This clearly wasn’t the case, a fact that became quite apparent at a hearing held on Thursday.

After the RFU’s ruling, head of the disciplinary committee Artur Grigoryants said, “There was a note in the delegate’s report that throughout the first half there were chants directed at FC Dynamo player Christopher Samba.

“The delegate has confirmed it once again at the meeting. Referee of the match has also informed the committee that Samba told him about chanting during the first corner kick.

“Samba has also sent a letter to the disciplinary committee where he confirmed the fact of chanting and that he appealed to the referee during the game.”

The RFU has ruled that Torpedo Moscow must close a section of their stadium for their next match following this racist abuse. The ‘fan’s sector’ for their next league match must be shut, but the rest of the stadium remain open. The ‘fans’ sector’ is where most of the vocal home fans sit. But there’s nothing to stop these fans from buying tickets to sit elsewhere in the stadium.

This kind of light punishment has become commonplace when it comes to dealing with racism in football. Despite the slogans such as ‘show racism the red card’, football does not take the issue of racism seriously.

Why, in 2014, is still happening? Why should somebody feel unable to do their job because the very people who came to watch him cannot behave themselves? Why, in 2014, are the powers that be still pussyfooting around with banners and slogans instead of training the stewards on the ground to take action?

Some will say that it is not the club’s responsibility to be in charge of their fans. And that, often the ones who racially abuse others, form part of an isolated group of people. But if barely a month can go by without an incident like this hitting the headlines, clearly it is not isolated and clearly the clubs need to be taking more responsibility for the way in which their fans behave and become more proactive in dealing with these incidents.

Of course it is not always possible to find the perpetrators. But, if the chants can be heard, and in this era of phone videos and broadcast cameras, the people chanting can be seen, then culprits can be spotted, evicted and banned. Far too often, stewards witness banana throwing and racist chanting without acting. They need to be empowered and encouraged to do so. It’s also not the first time Samba, or any other black player for that matter, has been a victim of racist abuse in Russia.

Russia is due to host the 2018 Soccer World Cup. Considering its track record with racist incidents in the country, some serious introspection and a serious plan of action is needed before a diverse group of players (and fans) descend on the country.

Russian president Vladimir Putin said at a handover ceremony in Rio de Janeiro, before the World Cup final in July, that he hoped the tournament would help Russia in its fight against racism.

“President Blatter puts a lot of personal effort into addressing social issues, and we hope that the preparations for the World Cup in Russia will also contribute to tasks such as fighting drugs, racism and other challenges we face today,” Putin said.

Racism will never go away in its entirety, no matter how much happy clappy liberals tell you about colour blindness. Racism remains a problem in all walks of life and it seems inherent for some. The problem is very real and it’s time Fifa and the rest of football’s governing body admits this instead of constantly trying to ignore the battles players who are not white have to face when they are simply trying to exist and do their jobs.

If it is not going to go away, then at least there should be measures to fight it, and that cannot happen through slogans and banners. If Fifa is serious about racism, the fight against it and making sure that we have an incident-free World Cup in Russia, it will pull its socks up and implement stringent action against those who act in such a vile manner. The latest incident involving Samba will probably go away with a shrug, it has become such a common occurrence that it’s not treated any worse than an incident of ill-discipline. DM