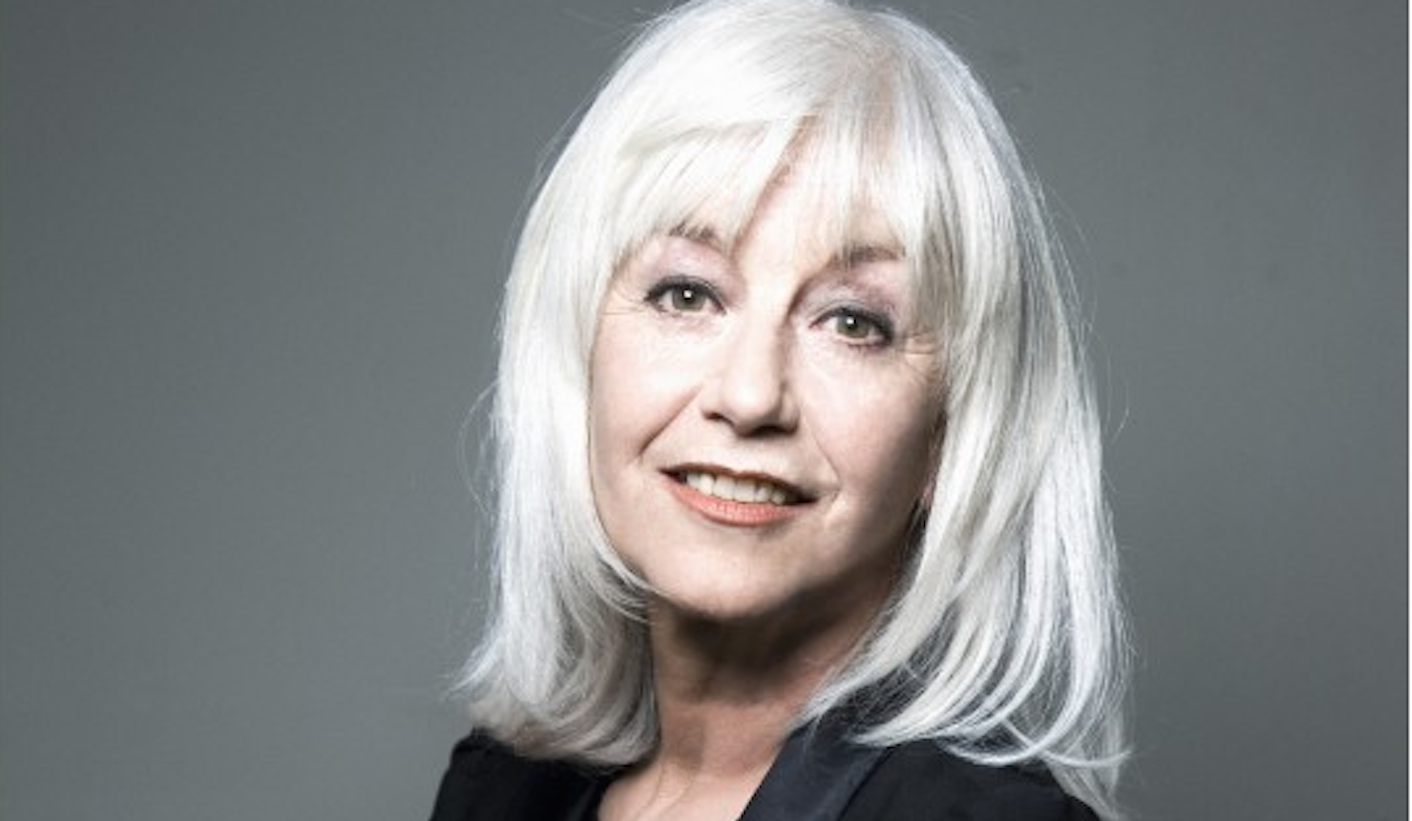 Few can claim to have personally met and befriended quite as many ANC leaders in exile the 1970s as Conny Braam, one of the founders of the Dutch Anti-Apartheid Movement. Oliver Tambo, Dr Yusuf Dadoo, Nelson Mandela, Joe Slovo, Mac Maharaj, a young Thabo Mbeki and many others all crossed paths with Braam, who played a key role in the ANC’s 1986 underground Operation Vula. Braam has just visited South Africa to research her next book. By MARIANNE THAMM.

One of the most surprising developments for Conny Braam – whose enthusiasm and stamina for writing and engaging global political undercurrents remains undiminished after six decades – is that many of her former Operation Vula comrades today find themselves working for SARS, overseeing the collection of tax revenue and particularly from those who are reluctant to hand it over.

One of the key figures in the underground mission to establish communication links between London, Lusaka and Nelson Mandela in Victor Verster prison in 1986, was, of course Pravin Gordhan, former SARS Commissioner, Minister of Finance and current Minister of Cooperative Governance and Traditional Affairs. Gordhan is credited with turning SARS into one of the most ethical and effective government departments.

Another is Ivan Pillay, current SARS Acting Commissioner, who was selected by the late SACP General Secretary, Joe Slovo, to head up Operation Vula’s logistics in Lusaka.

Braam, a vocal and tireless opponent of Apartheid and who helped to launch the highly effective Dutch Anti-Apartheid movement in Amsterdam in 1971, was tasked with not only disguising the Apartheid government’s “most wanted” high ranking exiled ANC leaders so that they could slip into South Africa undetected, but also with locating safe houses in neighbouring countries.

The highly secret mission – many in the ANC, including Thabo Mbeki, did not know of its existence – consumed five years of Braam’s life as she dodged attempts to assassinate her. She was almost poisoned while in Mozambique in 1987. Operation Vula was uncovered in 1990 when nine operatives, including Mac Maharaj and Siphiwe Nyanda, were arrested inside the country.

The entire mission, which has been written about extensively, helped form deep and lasting allegiances that continue in present-day South Africa. President Jacob Zuma was, at the time, the head of ANC intelligence and was also part of the operation. The story of the mission is one filled with all the intrigue, tension, personal risk and high drama of a cold war spy novel with Braam playing a pivotal role. Braam documented her version of events in her 2004 book, Operation Vula, published locally by Jacana.

And it is these old connections that led Braam to the narrative of her 13th and latest book published in Dutch in April and titled, The Beast of Kruger. The book, also to be published by Jacana, will be translated by Fred De Vries and released in South Africa next year. The thriller is based on an actual SARS investigation into Rhino poaching, but threaded through is a gripping saga of global crime syndicates, the involvement of shady former Apartheid agents as well as what it is that as drives the apparently insatiable desire for rhino horn, particularly in Vietnam, where the last Javan rhino was killed in 2011. The species is now extinct.

“The market is essentially in Vietnam. And what drives this? The high number of patients with cancer. And what has caused this? We can trace it back directly to chemicals used during the Vietnam war in the 1970s,” says Braam.

Braam is essentially a journalist and her body of work consists mostly of historic fiction based on unexpected facts and which she says she offers readers an opportunity to view real events with “new eyes” and to find the underlying links with power and money.

Her 2012 novel, The Cocaine Salesman, is based on the actual Nederlandsche Cocaïne Fabriek (The Dutch Cocaine Factory), which supplied the drug, at tremendous profit, to both sides fighting World War I. After the war, the factory was sold to the British government and many soldiers returning from the hell of frontline trenches were left seriously addicted.

“Holland was a neutral country but there was this cocaine factory and in fact soldiers on the front lines were given the drug so that they could become these fighting machines. You can imagine the havoc this wreaked on millions of lives,” said Braam about the book.

Braam came across the story of the history of the cocaine factory while researching the Abraham trilogy, about her family, and discovered that at the end of the 19th century, Holland had made huge fortunes selling opium from a state-run factory in Indonesia. The cocaine factory was located in Weespertrekvaart in Amsterdam and which is today the headquarters of the Hells Angels.

It is precisely this sort of quirky detail Braam was searching for when she linked up with Ivan Pillay, a good friend, who had mentioned the SARS rhino poaching investigation, “one of their most spectacular cases”.

“I needed a case, an attractive case for my next book. I thought that tax could be boring and, of course, I hate paying tax myself. But on a trip to South Africa I visited the SARS headquarters in Pretoria where I was introduced to the members of the Special Investigation Unit.”

Braam said she had been “hugely impressed” with the team, particularly the fact that so many strong young women were part of it.

“I was looking for a strong female lead character and I was wondering whether it was all just wishful thinking until I met the team and saw six or seven such women who work in the unit.”

She was also struck, she says, by the ethos of the team, its strong anti-corruption ethic and the fact members of the team are “incorruptible”.

“I was so very proud that the commitment that all of us had in Operation Vula to a mission bigger than ourselves is present in the team at SARS. After 1994 I had often wondered where, if I had been South African, I would have gone or played a role. Of course the new government discovered the treasury had been looted and had to start filling it up again. And I thought that this is a marvelous way to contribute to South Africa.”

Braam is a repository of the history of ANC leaders in exile and spent many nights in her Amsterdam home or in London talking with Tambo, Dadoo, Slovo, Thabo Mbeki, Kasrils and many other then leading lights in the struggle.

“They used to come and sleep on my couch and they would stay there for days,” she recalls fondly.

One of the most moving moments for her, she says, was the discovery, on her recent return to do research in Phalaborwa in Limpopo for her book, that Johannesburg International Airport had been renamed OR Tambo.

“For some reason this development had not lodged in my mind. And when I looked down and saw the stamp in my passport I cried immediately. I could not believe it. I will treasure that stamp. I knew Tambo so well and am so thrilled that the airport is named after him.”

Braam has just spent a few months in Nambia researching her next book on the Namaqua King, Hendrik Witbooi, one of nine Namibian national heroes who lead a rebellion against German rule in the country.

“He is a fascinating historical character and I would say one of the great revolutionary guerillas of Africa. He spoke an Afrikaans that is closer to Dutch and left a wealth of writing including his diaries.”

The truth of the Herero and Namaqua genocide in Nambia – a campaign of racial extermination by the government of German South-West Africa between 1904 and 1907 and which wiped out over 140,000 people – has not yet been told, she says. The event is considered the first genocide of the 2oth century. Braam hopes to revive interest in the massacre in her forthcoming book, which features Witbooi as the protagonist.

“I was so shocked when I visited the dunes where the thousands are buried to find that the bones are all exposed and that white holiday makers are riding their quad bikes over them,” said Braam.

Braam said the difference between post-liberation Namibia and South Africa is the making of visible history.

“I love that in South Africa there are murals, there are roads that have been renamed, there are statues, the airports have been renamed and that contemporary history is everywhere. When you arrive in Cape Town it is there. Whereas in Windhoek I found few traces of freedom. Everything is still in German, even the street names.”

It is perhaps apt that Braam is in the country during Heritage month as the role she played in the country’s struggle for democracy is considerable. It is a connection that shaped her as much as it helped to shape the country we live in today. DM