MPs’ financial interests revealed: Some cats are fatter than others 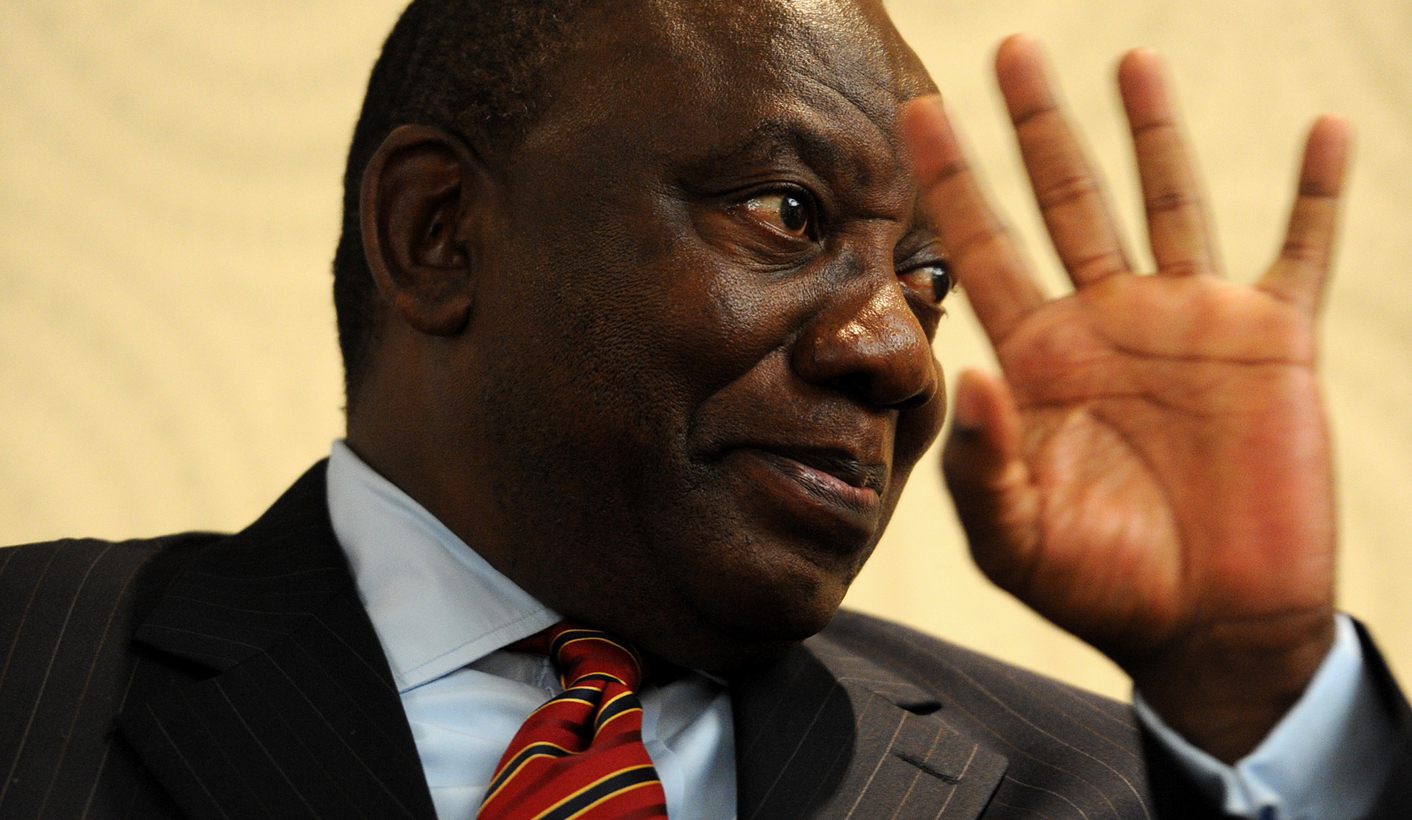 What do you give the member of parliament who has everything? Concert tickets, livestock – and in one case, a bicycle. We know this because the yearly register of Members’ Interests – documenting the financial interests of our 454 MPs – has just been released. Its 490 pages give us an intriguing glimpse into the pecuniary lives of MPs. Unsurprisingly, particularly when it comes to property ownership, there are some pretty prosperous individuals among them. REBECCA DAVIS worked through it.

The new Code of Ethical Conduct and Disclosure of Members’ Interests has just been released by parliament, but the current Members’ Interests register was still bound by the old code. In accordance with its decrees, MPs are expected to disclose shares they hold in companies; paid employment outside parliament; sponsorships outside their party; any consultancies or retainers that they’re paid for; gifts and hospitality related to their role as MP; benefits given to them as a result of their public office; foreign travel related to their role but not paid for by their government or party; ownership of land or property; and pensions.

There are a few caveats, however. If you hold partnerships or financial interests in conjunction with private individuals, those can remain confidential. That’s why someone like Cyril Ramaphosa’s disclosures, for instance, likely represent only a portion of his actual total wealth. (A R76-million portion, to be precise.) If you’re an MP and your house is registered in your partner’s name, that wouldn’t have to be disclosed either.

It’s also worth noting that the penalties for breaching the code are fairly light: at the most, suspension from parliament for 15 days, or a fine not exceeding 30 days’ salary.

While we’re obviously not accusing anyone of fudging their disclosures, it seems that there are a fair few MPs who could benefit from the advice of a financial planner. There are at least 33 MPs who registered themselves as having absolutely nothing to declare. No shares, no directorships, no gifts, no land, no property, and no pensions. This is, of course, perfectly possible, especially taking into account the above caveats. But it may raise some eyebrows that a figure like arts and culture deputy minister Rejoice Mabudafhasi, who has been enjoying a parliamentary salary for a full 20 years, has nothing to write in any section of the disclosure form.

But there are plenty of MPs who do. Cyril Ramaphosa’s bounteous bank vaults and overflowing property collection have been well documented, so let’s turn to others.

Reporting, in many cases, is pretty sloppy and inconsistent. The value of gifts is often left blank or recorded as “unknown”. It’s sometimes hard to tell whether MPs are referring to properties they own, or vacant plots of land. Some MPs specify their house size in square metres or via number of bedrooms. Others, like IFP leader Mangosuthu Buthelezi, describe their house size as “normal”. (Normal to whom?) The FF+’s Corne Mulder says the value of his shares is “ordinary”. (Ordinary to whom?)

To the value of R600, home affairs minister Malusi Gigaba lists as a gift “origini braziloffee, health breath, bpok by David Lewis thieves at a dinner a dinner table, espresso cups” [sic]. No idea what that means, since it sounds like a fever dream.

Some MPs are, if anything, surely over scrupulous in reporting. ACDP leader Kenneth Meshoe lists one suit under “gifts”. His benefactor? “Wife”. Another ANC MP listed as a gift a blanket she received from her niece.

On the note of Meshoe, this man of the cloth is living proof that there is, in fact, such a thing as a free lunch. He lists it under his “benefits”: “Free lunch”, from “Church”.

Another churchy man is DA parliamentary leader Mmusi Maimane, who moonlights as a preacher for the Liberty Church, though he clearly isn’t making TB Joshua-style bucks out of it. Maimane owns three properties – in Roodepoort, Wilgeheuwel and Weltevreden Park – which is pretty impressive by normal people’s standards for a 34-year old, but pales in comparison to some other property portfolios.

By my count – which should definitely not be taken as the benchmark of accuracy, since my eyes kept glazing over while I was tallying up and I wasn’t quite sure what to class as a house or not – there are at least 19 DA MPs who own two properties or more, and at least 87 ANC MPs for whom the same is true. As far as I can tell, all the FF+ MPs (all four of them) own two properties or more.

The late IFP MP Mario Ambrosini could lay claim to owning the most exotically located property, in Rome, though perhaps we’ll give half a point to DA whip Mike Waters for owning half a house in Australia. (Hopefully it’s the half with a sea view.)

The EFF MPs, perhaps fittingly for a party that styles itself as the authentic mouthpiece of the poor, do not have particularly significant property portfolios. We all know that leader Julius Malema has had to unload a farm and at least two properties in recent years, leaving him property-less, though he continues to hold shares of an unspecified value in four trusts. His side-kick Floyd Shivambu had nothing to disclose.

EFF resident intellectual Andile Mngxitama can lay claim to five plots in Jeppestown. He also claims to own R100,000 worth of shares in ‘Sankara Publishing’. Would it be slanderous to suggest this may be a slight over-valuation of a publishing house that appears to almost exclusively bring out Mngxitama’s own work?

There is one EFF MP, Ramakaudi Ramakatsa, who is the director of no less than 27 entities, though at least seven of these are ex-political prisoner groups. Fellow fighter Diliza Twala owns a piggery, and is also sponsored access to a game lodge “from time to time” by a company called Worldwide Capital, which sounds quite… capitalist.

While we’re talking sponsorships, DA MP (and former NPA prosecutor) Glynnis Breytenbach lists under this category the “use of BMW X5”. Her patron is Kirsh Industries South Africa – as in Nathan Kirsh, the billionaire fingered by the Palestinian BDS campaign for his role in Israeli security.

Gifts given to MPs are, on the whole, pretty dull: carvings, photos, that kind of stuff. The ministers do best. There’s a slightly gendered element to the gifting. Male MPs get lots of booze, while female MPs tend to get flowers and tea-sets and scarves – endless scarves. Minister of defence Nosiviwe Mapisa-Nqakula’s entry helpfully specifies that she received a “lady scarf”, though to accessorise she also got an “army stick”.

Justice minister Michael Masutha, on the other hand, was treated to a manicure set, while transport minister Dipuo Peters can enjoy tonging her meat with a set of braai utensils.

The gift of choice for MPs seems to be tickets to either the Jazz Fest or Durban July. Carrol Boyes homeware and Balmain pen sets are also big hits. Both trade and industry Minister Rob Davies and health minister Aaron Motsoaledi were treated to muesli bowls with matching napkins from the Swiss embassy, though perhaps a tad suggestively, Davies’ gift came with an “apple diet meal recipe”.

Davies was also given the DVD Seven Psychopaths by filmmaker Anant Singh. You can write your own joke about that. Energy minister Tina Joemat-Pettersson got a solar lamp from Total, which can light up her home while the rest of us sit in the dark.

Other gifts were of a different dimension. At least three ANC MPs were given trips to the World Cup on the dime of SuperSport and MultiChoice, including sports minister Fikile Mbalula. Public service and administration minister Collins Chabane can boast a wristwatch worth a cool R80,000, a present from the Emir of Kuwait.

Most innovative gifts? Transport minister Peters got a bicycle from the City of Polokwane, though it doesn’t appear that she’s been seen on it yet. Ramaphosa received a “nuclear model”, which sounds cool if deeply sinister, from the Chinese Investment Corporation. And deputy minister of Education Mohamed Enver Surty took home three sheep from “provincial school visits”.

Amidst these fripperies, though, there are some human touches to the register. We get a glimpse into the alternative remedies sought by Mario Ambrosini as his cancer reached its final stages: “Chinese botanical isolates”, a herbal extract called ‘Panaxea’, and two courses of ‘dendritic cell therapy’. It’s still unclear how the Dalai Lama ended up sponsoring some of Ambrosini’s treatment, but that’s what the register says.

One EFF MP – Khawula Makoti – was, until joining parliament, claiming a foster care grant for two children and a social grant for one child, which means her monthly income must have been less than R4,000.

ANC MP Dudu Mathebe lists as gifts: “Blankets, sheets cutlery, money, plates, pots, duvet, clothes, shoes etc”. A strangely wide-ranging assortment, you may think, until you read the source and the explanation: “People across the country (my house burnt down)”. DM