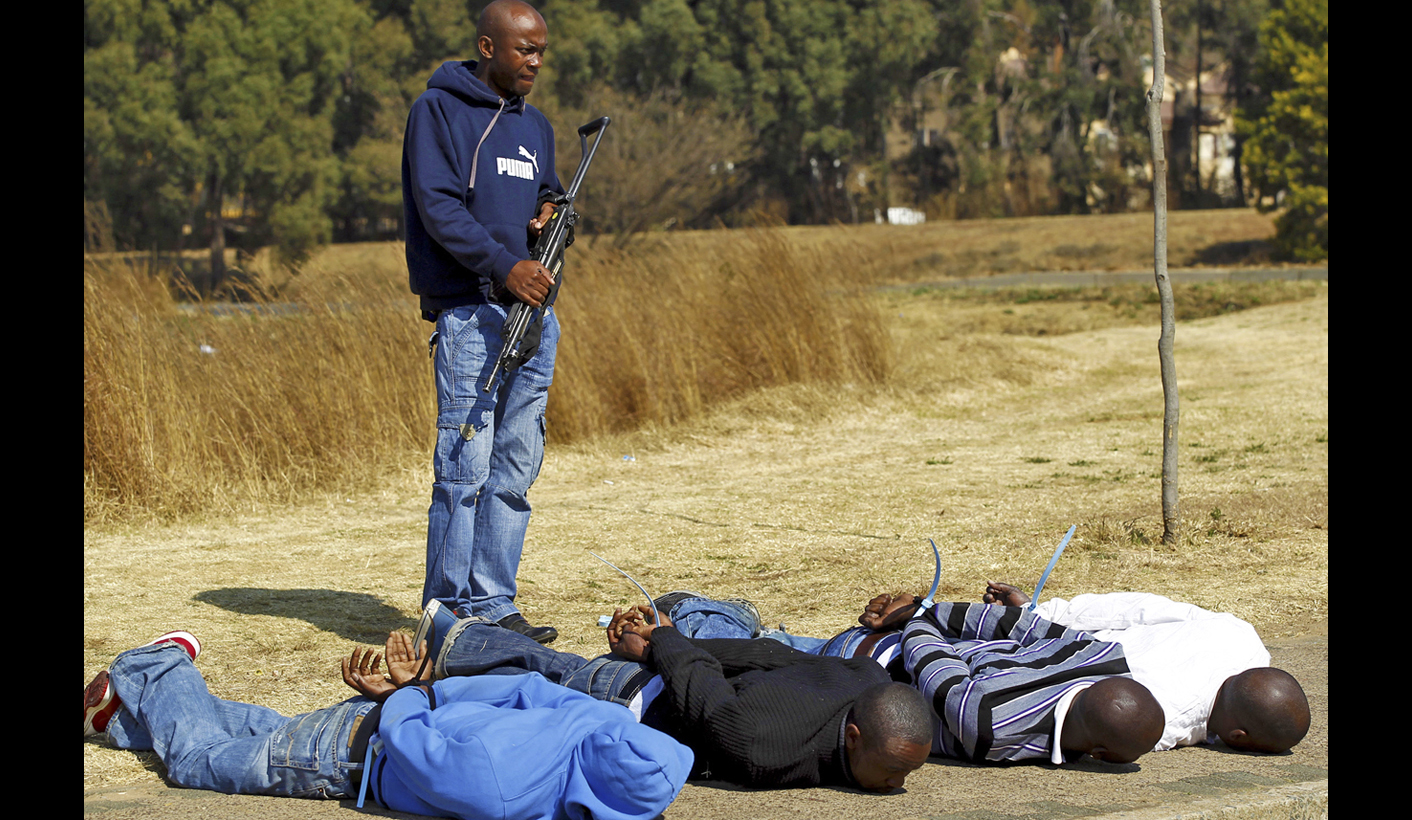 This factsheet provides an overview of key crime trends for the period 1 April 2013 to 31 March 2014 as recorded by the South African Police Service (SAPS). Researched by the Institute for Security Studies and Africa Check.

On the day of their release, these statistics were already at least six months out of date. That means that the current crime situation, particularly at local level, could be very different to that described by the statistics below. For a guide on how to interpret crime statistics see the Africa Check Factsheet and Crime Facts and Analysis from the ISS Crime Hub.

Murder: the most reliable crime statistic

For the first time in 20 years the number of murders and the murder rate has increased for a second consecutive year.

Murder is an important crime to monitor because unlike other crimes, the number of reported murders is likely to be very close to the actual number of murders committed. The murder rate is regarded as one indicator of a country’s stability – the higher it is, the less stable a country is regarded to be.

The murder rate refers to the number of people who are murdered per 100 000 of the population. Rates allow for comparisons between areas of high and low population density.

Facts about murder in South Africa:

Which violent crimes decreased, and why that may not always be a good thing

Since cases of domestic violence are likely to be recorded as cases of assault, it is particularly important that reporting is encouraged.

Arson and malicious damage to property, crimes that are often committed at the same time as an assault, also decreased.

The Domestic Violence Act makes it a legal requirement for the police to keep a register of all cases of domestic violence reported to them at each station. Despite having this data the police do not make it available to the public.

The Criminal Law (Sexual Offences and Related Matters) Amendment Act 32 of 2007 came into effect in December 2007 and created a number of “new” sexual offences and expanded the definition of rape. This makes it difficult to compare the rape statistics before December 2007 with more recent figures.

“Total sexual crimes” as reported by the police include 59 separate offences ranging from sex work to rape. Increases or decreases in such a broad category of crime cannot tell us much. The police should provide statistics for each of the crimes.

The Medical Research Council has estimated that only one in nine rapes are reported to the police. Thus the actual numbers of rapes in SA is much higher than numbers recorded by the police.

Reporting of rape must be encouraged. This will however necessitate a change in how police performance is measured. Currently, the police are expected to reduce violent crime by between 4% and 7% per year. This creates a disincentive for police to record all violent crimes reported to them. If victims are encouraged to report rape, and the police indeed record all these reports, the number of recorded rapes will increase. This should not impact negatively on assessments of police performance.

There has been an increase in all categories of robbery over the past year. These crimes are referred to by the police as “violent property crimes”.

Robberies occur when armed perpetrators threaten or use violence against their victims in order to steal their belongings. When perpetrators use a weapon, it is recorded as “aggravated robbery”.

Street-robbery primarily affects the poor and typically occurs as people travel to and from work, school or shops.

According to the SAPS, improved visible policing reduced street robberies. The increased visibility was the result of the approximately 10,000 additional police officers that were hired each year between 2002/03 and 2009/10. However, the police believe that this also pushed robbers to target houses, businesses and vehicles instead.

Yet when the police worked hard to improve security in the run-up to the FIFA World Cup, Trio robberies stabilised. During 2010, these crimes decreased by a significant 11.8%. So these kinds of crimes can be reduced through a change in police focus and strategy.

Unfortunately, in 2011/12 the decrease in Trio robberies was much smaller (1.3%), suggesting that the police were not able to sustain the gains made in previous years. The police will have to address problems in crime intelligence and implement the recommendations of the Khayelitsha Commission of Inquiry in relation to improving the detective service.

The term “property crime” refers to crimes in which property is stolen without the use of violence or force (i.e. no direct confrontation between perpetrators and victims). Between 2012/13 and 2013/14:

Reliable crime intelligence is vital for the police to effectively reduce most of the robberies and burglaries. These crimes are typically caused by organised criminal groups (syndicates) and by repeat offenders who use networks to sell their stolen goods. Using intelligence techniques, the police can identify the networks and individuals involved in these types of crimes and target them for criminal investigation. Solid detective work can ensure that sufficient evidence is obtained to successfully prosecute those involved. Removing these individuals from society decreases the risks to others and ultimately reduces these types of crime.

However, the current ability of the SAPS’s Crime Intelligence Division is in question. According to the police’s 2012/13 annual report crime intelligence produced 60% fewer communication analysis reports than the previous year and 33% fewer intelligence analysis reports. With such a decrease in productivity the rest of the SAPS, who are dependent on good quality and timely intelligence, cannot perform optimally.

Other property crimes that decreased are:

Stock theft has shown a steady decrease in the past three years. This could be because of the implementation of the Rural Safety Strategy. While this crime has only averaged around 30,000 cases per annum over the past five years, its impact on food security is significant. For traditional small farmers, especially those with cattle and goats, stock theft can cause serious tensions and even manifest in vigilantism and violent conflict which in turn results in murders, attempted murders and arson.

Why are these crime statistics important?

The 2013/14 crime statistics show that South Africa experienced two of the worst years in the last decade from a crime reduction point of view.

In the eight years between 2003 and 2011 there was a reduction in levels of crime overall. Since 2011 the rate of the annual reduction slowed and in the past two years there has been an increase in the most significant categories of crime. DM

The Institute for Security Studies aims to enhance human security by providing independent and authoritative research. Find them on Twitter: @issafrica. Africa Check a non-partisan organisation which promotes accuracy in public debate and the media. Find us on Twitter: @AfricaCheck.

A guide to understanding crime statistics in South Africa

Blog: The politics of crime statistics