New, and already in crisis: Natalspruit Hospital and the women of ward 18 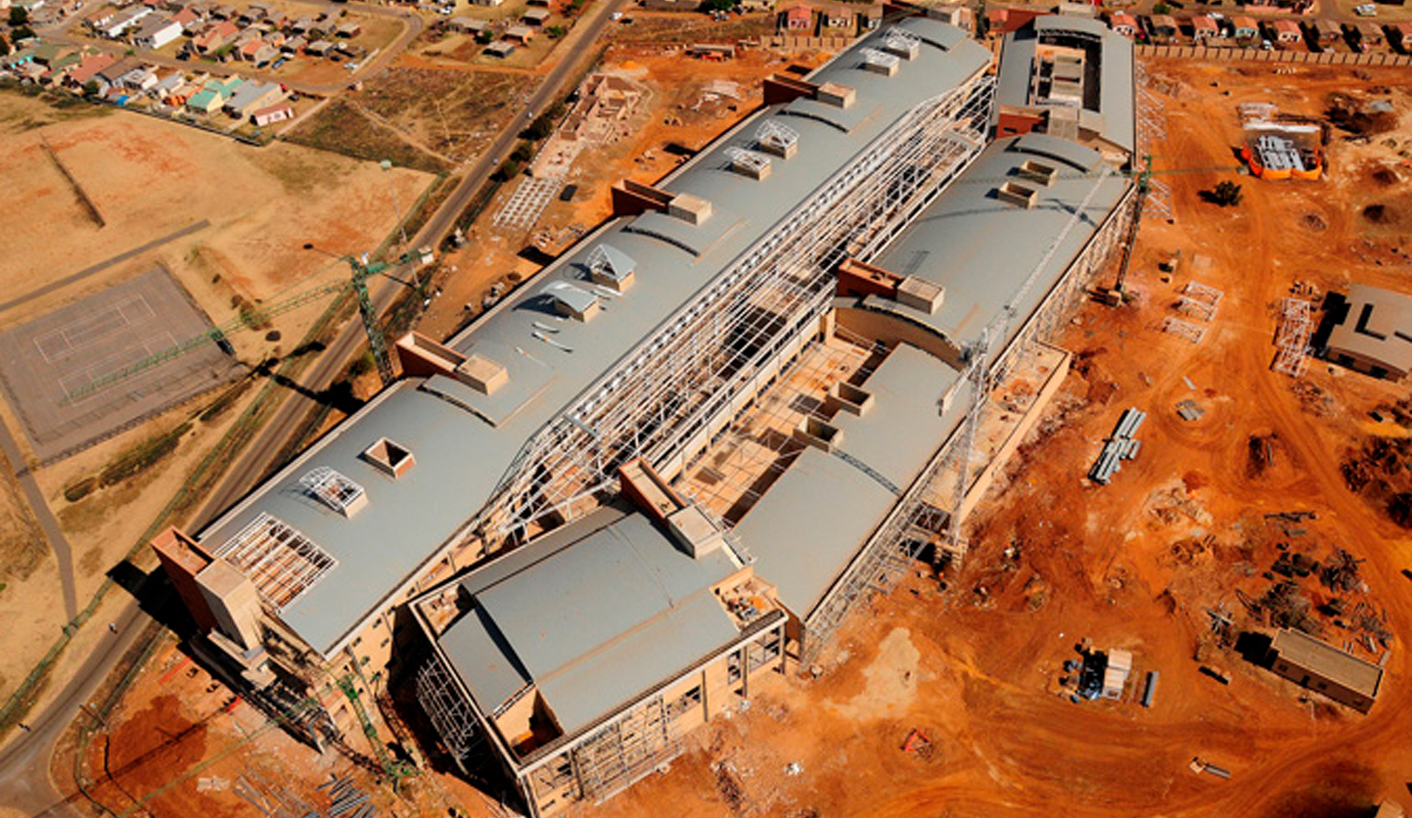 Ekurhuleni has a new healthcare facility with the spanking new Natalspruit Hospital opened in Vosloorus last month. Sadly, the horror stories have already started. The hospital may be new, but its problems are symptomatic of the challenges in improving health services across the country. By GREG NICOLSON.

Tshepiso Kobotle arrived at the new Natalspruit Hospital at 7:30 on Monday with an appointment to see the gynaecologist after receiving a referral to treat fybroids, which she was diagnosed with after feeling pain in her womb. She was told to go one way, then another, until she eventually joined a queue of about 50 women. The sister at the desk did not know about her appointment. When at 15:45 she saw the doctor, she was told her files were missing, as were her test results. After 16:00, Kobotle went to the pharmacy for her medication but it was closed. She had to return again the next day.

“Now it’s open but whatever department you go to you have to battle,” she said of the hospital that was opened at the end of August. “They’ve got stories and stories… I don’t know what’s going on there. I don’t want to lie, the service is terrible.”

When it was launched, Gauteng Premier David Makhura said the 821-bed facility was “the future of Gauteng health”. Built over eight years, the hospital cost R1.7 billion and has a modern design. It is also said to have an efficient e-filing system, six operating theatres and a 24-hour casualty ward, an obstetrics and gynaecological ward, mortuary, radiography department and an eye, nose and throat clinic. Experiences, however, from women using the obstetrics and gynaecology services raise concerns with the province’s ability to improve the health system.

Valentia, who didn’t want her surname published, gave birth on Saturday. During her experiences at the hospital she said she had been kept waiting for hours and became scared when she was told a lady recently gave birth to a stillborn child because she wasn’t attended to. Whilst at the hospital, Valentia saw a pregnant woman who kept telling the nurses she was in pain but didn’t receive any attention. Eventually, the woman gave birth on the floor, she said. “You can find pregnant women sleeping in chairs,” she added.

On 9 September, Daily Sun reported the problems at the hospital and claimed women were sleeping on the floor, in chairs and on stretchers. In response, Gauteng Health Department spokesperson Prince Hamnca said the hospital was getting overcrowded because people were not consulting their local clinics and were walking in without referrals.

“It’s very disappointing. This is a wonderful, brand new big hospital,” said the DA’s Jack Bloom on Wednesday. “It has about as many beds as the old hospital but seems to be more crowded.” The problems are systemic, he explained. If people don’t trust their local clinics they will come to the hospital without referrals.

On Wednesday, Hamnca told Daily Maverick he went to the hospital last week to see for himself and said in the ward with the supposed overcrowding, ward 18, there was no overcrowding. “In a new facility, why would you have a shortage of beds?” asked the health department spokesperson. He admitted there might be “some challenges here and there” in the facility’s first days, but was adamant there was no one in the “overcrowded” ward when he visited.

Treatment Action Campaign’s (TAC) Portia Serote also went to the hospital. At first she was told there wasn’t a problem, but when visiting ward 18 she found 60 women waiting, some on the floor. They told her they were referred to the hospital by other clinics and hospitals and if possible would prefer to go back rather than continue with their ordeal. “There’s chaos,” said Serote. She tried to find out more and said that while the hospital has the looks, it doesn’t have the beds. Serote says the ward has four beds for miscarriages, six for deliveries, and 11 beds for neonatal intensive care.

Instead of women going to the hospital without referrals, Serote said it’s a size issue. “The problem is inside the ward. There is small space, which is why they didn’t want to admit it at first.” The women Daily Maverick spoke to confirmed her claims.

While the Natalspruit hospital isn’t part of Health Minister Motsoaledi’s pilot National Health Insurance (NHI) districts, it still reflects government’s ability to establish quality public healthcare in the lead-up to the future roll-out of the NHI.

“It’s obviously not what the NHI will look like,” said Motsoaledi’s spokesperson Joe Maila, when asked about the ordeals faced at Natalspruit. The point of the NHI, he said, is to improve access to health services and improve on each aspect of the health system, particularly on issues such as infrastructure, drug stock-outs, quality of care, and staffing levels and their attitude.

But as reports from Natalspruit suggest, the systemic issues are a huge hurdle. “Those people are working there but really don’t have heart,” said Valentia. “Is it right if in one department there’s one doctor who will consult with 60 people?”

Each of the women Daily Maverick spoke to said there were issues at the hospital with staff, their numbers and service. On Thursday night, Section27 Executive Director Mark Heywood said one of the key trends across the NHI pilot districts was staffing shortages, which he said was acute in relation to doctors and worsening in relation to nurses. Government health policies on healthcare workers have for too long allowed staffing levels to diminish and there’s no short-term fix, but a creative solution is needed, said Heywood.

The Natalspruit Hospital may be new, but its problems are symptomatic of the challenges in improving health services across the country. DM