Relocating rhinos and flying with sharks: Will this be the required experience to ensure FlySafair’s success? 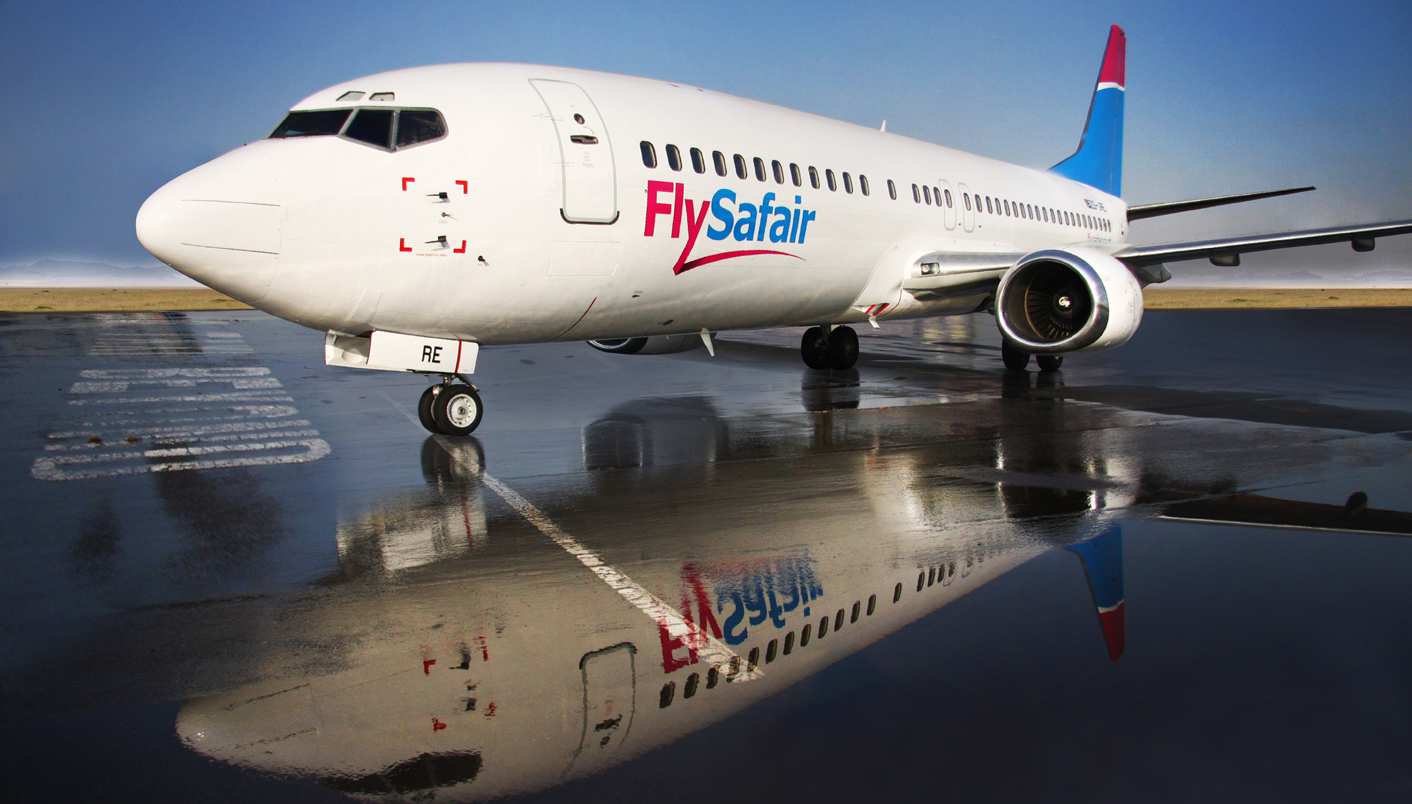 South Africa is less than 30 days away from the launch of yet another aspiring low-cost passenger airline. It’s a movie we, the public, have seen before, but never with a Hollywood ending. STYLI CHARALAMBOUS asks FlySafair CEO, Dave Andrew, the obvious question: why he thinks this time will be different.

The casualty list for low-cost airlines in South Africa litters the bankruptcy history books like cattle skeletons on a parched land in a spaghetti Western. A dozen brave new entrants have each tried their hand at a model that has worked well in more developed aviation markets in the northern hemisphere, but failed each time in the South African context.

“The main reason things won’t be the same this time around is that we’re not a start-up. Safair has been in aviation for almost 50 years, engaging in everything from leasing to operating commercial flights, and even maintaining aircraft for other operators. We already had most of the infrastructure required to operate a passenger business, bar a booking system and the call centre to support that.” (Some of their more interesting jobs have seen Safair operating aircraft in war-torn areas as part of aid and relief programmes, and have even relocated rhinos to Rwanda and sharks to Sydney.)

Andrew explains that FlySafair will be a natural expansion of the current business and will operate as a new brand division in a company that has been around for more than double the time South Africa has been a democracy. For passengers who have had their fingers burned with tumultuous implosions of low-cost airlines before, this could be comforting news.

The media invitation sent via email claims FlySafair will be South Africa’s first true low-cost airline, something Andrew describes as “completely unpacking of costs and services to afford people the lowest-cost option”. For example, if you don’t want to check in a bag, than you won’t need to pay for that. It does mean you’ll need to pay a premium for extra-length seats or on-board meals, but if you strip out all these little extras, most passengers can cut their ticket prices to the proverbial bone. As Andrew re-iterates, “If you want to succeed as a low-cost player, it’s all about price.”

Asked about the failures of other operators who’ve gone before, Andrew ventures that they let costs get away from them, with older planes being hugely inefficient on fuel consumption as well as throwing people at their problems instead of technology and more efficient processes. And, of course, there’s the bullying. Our dearly loathed SAA have been able to operate at loss-making margins and inefficient levels for what seems like eternity, with the blank cheque bailout approach our government seems to have for our national carrier. That can never bode well for operators with smaller, real-world balance sheets, where there is at least some aspiration of a profit motive although Andrew hopes the latest round of bailout conditions will keep SAA focused on their turnaround plan, rather than squeezing out new players.

And yet it’s not just SAA who aren’t keen to see new players in the skies. FlySafair was supposed to launch in October 2013, but Comair, who operate British Airways and Kulula, took the Licensing Council and Safair to court to query the Council’s awarding of the licence on the basis that Safair shareholding exceeded the 25% foreign ownership allowed for local operators. The objection meant Safair were forced to rescind their initial licence and then resubmit their application following a staff BEE deal, which helped allay any further fears of transgressing the foreign ownership rule, in the eyes of the Licencing Council.

The postponement also meant having to refund the 5,000-odd customers who had booked pre-launch tickets as well as restarting the launch marketing process to the public. After the second licence was issued in March 2014, the new launch date of 16 October was cast in stone for the inaugural passenger flight and Andrew has been pleased to see more than 1,000 of those first customers return with their bookings and their votes of confidence.

FlySafair have taken on two extra Boeing 737-400 planes to add to their existing fleet and will operate three routes to start with, all of which involve the mother city. The lucrative Cape Town-Johannesburg route will act as the jewel-in-the-crown, with George and Port Elizabeth as the other two destinations. Quizzed on how FlySafair came to choose those destinations, Andrew explained that CPT-JNB was a no-brainer as the 10th busiest route in the world, and the others were a combination of limited options for passengers and where they could operate most profitably. Depending on the flight time and route, Andrew says break-even occupancy can vary between 65%-75% of their 165-seater aircrafts, a level they feel confident of achieving.

If all goes according to plan, the intention is to “join the dots”, in Andrew’s words, and expand the flight network to connect the rest of the country’s major destinations. And if things go really well, the company won’t rule out regional expansion, although Andrew cautions that regional licencing and regulations have their own special challenges.

Twenty-nine days. That’s the countdown to another premiere of the South African low-cost movie that FlySafair and many frequent flyers hope will be a Cinderella story. Given the history of challenges in this space, something suggests that navigating through war zones and dealing with sharks might just be the required experience for operating in the SA passenger airspace. DM