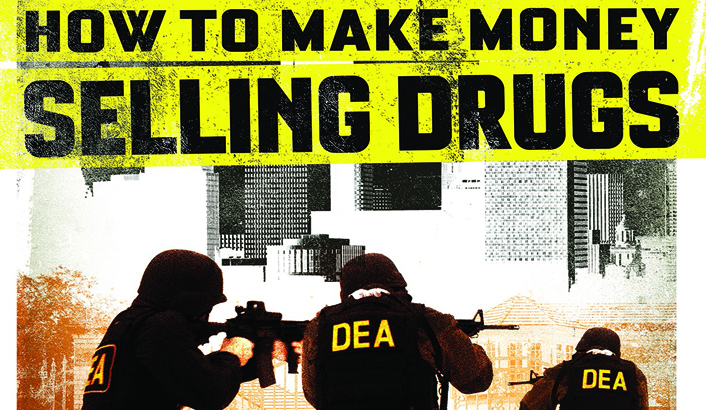 It’s been a year since the inaugural Cape Town Recovery Film festival, and now it is back with more unusual films telling the stories of ordinary people whose experiences became extraordinary through the spiral of addiction – and the slow climb of recovery. By MARELISE VAN DER MERWE.

This time last year, the Cape Town Recovery Film Festival was struggling to its feet; it was the first of its kind. This year, it’s back for an eight-day run in Cape Town, and is also expanding to Johannesburg with some special screenings from 3 – 5 October.

“Anecdotally, I can tell you that there is an extraordinarily large number of people from all walks of life in treatment, including teachers, police, doctors, nurses and city workers,” is the sobering take of co-organiser Dougie Dudgeon. “Drugs and alcohol are breaking down every part of our society. They stifle families, growth, and healthy debate. It [addiction] affects everybody. Yet it is still a disease that so many people don’t perceive as a real disease.”

There are certainly shock statistics aplenty in South Africa, which Daily Maverick reported on in detail last year. In March 2013, the Anti-Drug Alliance of South Africa ran a widely-reported survey which claimed that a third of South African adults are regular drug users, and that dagga use had risen by 11% in the past year and the use of methamphetamines by 88% – although Africa Check did dispute these results at the time, saying the sample was not representative and that the claims needed to be investigated further. Actually, according to the World Health Organisation (WHO), alcohol seems to be South Africa’s most abused drug, with addiction patterns starting younger and younger – and affecting absenteeism and performance at schools. (There is in fact a 60% higher chance of repeating a grade among learners who abuse alcohol.)

“The drug problem in South Africa remains very serious, with drug usage being twice the world norm in most cases… and we are only dealing with what we know about… this is only the tip of the iceberg,” says the Central Drug Authority’s Dr David Bayever. He says that although formal statistics say addiction occurs in around 10% of the population, he believes South African addicts stand at around 15%. The South African Police Services (SAPS), meanwhile, say drug and alcohol abuse account for around 60% of all crimes.

As if that weren’t bad enough, according to the Central Drug Authority, the substance abuse rate in among teenagers is reaching epidemic levels. One in two learners has experimented with drugs, usually starting at around age 12. A study published in The Lancet medical journal found that more than 60% of 18-year-olds regularly drink alcohol, with a third of them doing so at times when they should be in school.

So what of the film festival itself, then? Dudgeon says its primary purpose is to start a dialogue around recovery, which is so often something addicts are forced to do alone, without the same kind of follow-up support offered to sufferers of other diseases. The film festival, he says, aims to give a voice to the community of those in recovery.

This year’s festival will see the addition of feature films as well as locally produced short films and acclaimed international documentaries. There will also be Q&A sessions with filmmakers and facilitated audience discussions around addiction and recovery issues.

“The Cape Town Recovery Film Festival sets out to entertain as well as inform and educate, which is why we have added some live music, poetry readings and DJs to this year’s mix,” Dudgeon says.

The Festival opening night (Thursday 25 September) will see the South African premiere of comedian Russell Brand’s film From Addiction to Recovery. Brand’s comedy may not be everyone’s cup of tea, but his is an intelligent voice that is also recognised internationally as one of the leaders in addiction treatment and recovery. Recently, he spoke out extremely movingly about how difficult it could be to battle with recovery and support in the aftermath of Robin Williams’ death. He was also vocal about the cost of alcohol and drugs in the aftermath of singer Amy Winehouse’s death; they had been close friends and her passing had devastated him.

Also to be screened on the opening night is the world premiere for a Cape Town shot and produced short film, Through the Smoke, and the filmmaker Dylan Williams and producer Lyle Kane will be in attendance to discuss issues raised with the audience after the screenings.

Day two will see a Cape Town story, From the Basement, as a curtain raiser to the bitter satire How to Make Money Selling Drugs. Featuring Susan Sarandon, Russell Sims and David Simon, this is an exposé of the failed ‘war on drugs’ and the part it plays in frustrating recovery efforts. The Guardian gave it a positive review, calling it an “accessible” documentary, which “wouldn’t surprise anyone who had watched The Wire”.

Watch trailer for How to Make Money Selling Drugs:

Day three will see a repeat of last year’s headline feature, The Anonymous People, which was the catalyst for the film festival’s birth, as well as Addiction, Recovery and Yoga. (Both these films will be screened for free, but will require advance booking via 021 424 5927.) The day will close with a special screening of Owning Mahowny¸ starring the late and brilliant Philip Seymour Hoffman, whose addictions cost him his life earlier this year after he lost his battle against heroin. Also starring Minnie Driver, Maury Chaykin and John Hurt, the film takes on gambling addiction. Hoffman’s story is a tragic testament to the secrecy that so often shrouds addiction, since he had so often said he had beaten his addiction to drugs; his death, however, told another story.

Other highlights in the festival include Bob and the Monster, which tells the story of Bob Forrest, who is most recently a familiar face as Dr Drew’s main man on Celebrity Rehab (!) and features interviews with Guns & Roses, Flea, Courtney Love, Anthony Kiedis and other musicians whose presence will no doubt make you feel extremely old. Forrest is one of the lucky ones, having managed to recover successfully.

Another new addition to the lineup is May I be Frank, which is a film of transformation. Frank Ferrante is a 54-year-old Sicilian from Brooklyn living in San Francisco, battling more demons at one time than more people can fit in a lifetime. A lover of life, great food and beautiful women, Frank is also a drug addict, morbidly obese, pre-diabetic and fighting Hepatitis C. He’s estranged from his daughter, single and struggling with depression. Frank takes a drastic step into recovery (and will be available for a Skype Q&A session after the screening).

Then there is Super Duper Alice Cooper, an acclaimed documentary which charts the tortured and tumultuous relationship between Detroit performer Vincent Furnier, literally the son of a preacher man, and his alter-ego Alice Cooper, an association that encompassed alcoholism, sobriety, success and failure, cocaine, crack and… well, we’ll leave you to imagine the rest. If, like many of us, you grew up sometime in the ‘60s, ‘70s or ‘80s, he’s likely to have been one of the musicians that gave your parents nightmares. Not anymore, though. Honest.

Addiction Inc. reveals the truth behind the story of tobacco manufacturers versus smokers and their addictions, and Umdovolo (The Gamble) directed by Siphokazi Mbuti, who will stay after the screening to talk to viewers about her story. The Hungry Heart examines the controversial, but evidently successful practice of harm reduction – and how its use, and abuse, both saves and creates addicts on the street and off it.

Sober Indian/Dangerous Indian raises uncomfortable questions, exploring the harmful effects of alcohol abuse on tribal reservations in the USA, including high rates of foetal alcohol syndrome, cirrhosis of the liver, teen suicide and high-risk sexual behaviour. It looks at something akin to the dop system in South Africa: disempowerment through addiction. Going on the premise Native Americans would be more empowered through sobriety, it’s a politically dangerous film that has the potential to be either deeply offensive or deeply important, depending on one’s perspective. s

The CTRFF will run at the Labia on Orange from 25 September 2014, and will last for eight days this year (as opposed to last year’s three). There will also be bonus screenings in The Bioscope, Fox Street, in Johannesburg from 3 – 5 October. DM