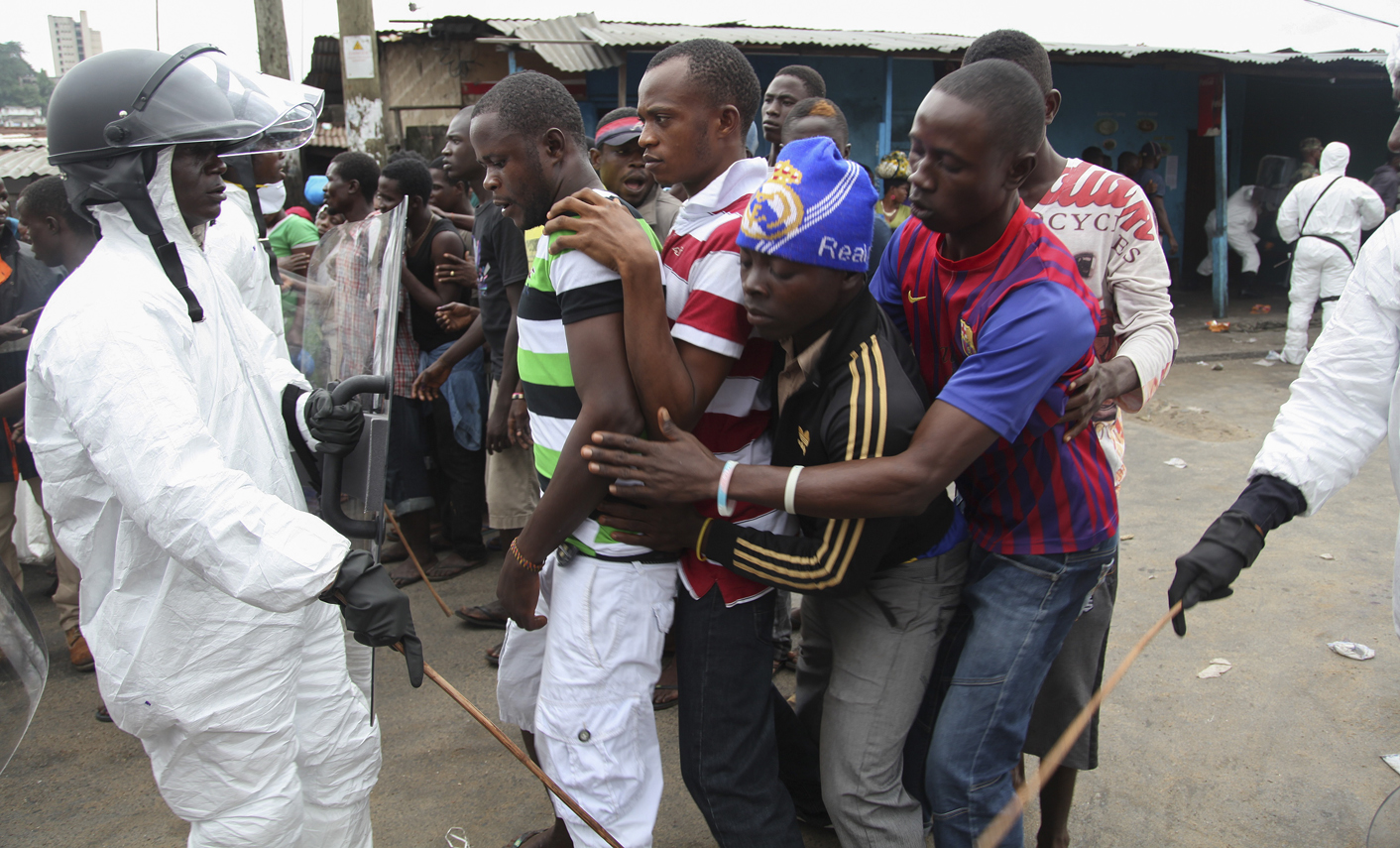 Pity the international community, whoever that may be. As Ebola spreads “like wildfire”, it is being lambasted for being too slow and too tight-fisted in its response to the West African epidemic, while the rhetoric around Ebola becomes ever more apocalyptic. How worried should we be? Just worried enough to spur ourselves into action, argues SIMON ALLISON.

As the number of Ebola deaths grows – exponentially, we’re now being told – so the rhetoric around it gets scarier and scarier, and the calls for more international support get louder.

At the moment, it is Liberia that is bearing the brunt of the epidemic. Liberians account for more than half of the total 2,296 Ebola-related deaths so far, and the country has experienced a 68% increase in infection rates in the last three weeks. It’s no surprise, then, that it is Liberian officials leading the campaign for more funding, supplies and skilled personnel.

Defence Minister Brownie Samukai was dispatched to the United Nations Security Council, where he told delegates that the disease is “spreading like wildfire and devouring everything in its path”. He painted an apocalyptic picture of what this could mean for his country, warning of a “serious threat” to Liberia’s continuing existence. He also took a swipe at the hitherto lackluster international response. “To be candid, the response by the international community…was initially less than robust,” he said.

At the same time, Liberian President Ellen Johnson Sirleaf was addressing an audience at Harvard University via videolink. She was less blunt, but no less critical. “It remains a very grave situation. It is taking a long time to respond effectively,” she said. “We have tried to cope with limited support internationally, and with a population that did not give the caution that was required…and this facilitated the spread of the disease.” She said international partners such as the United States and the European Union had stepped up their response in recent weeks, but that “it is still far behind the need”.

Joining in Liberia’s chorus are its two most significant international partners – the World Health Organisation (WHO) and Doctors Without Borders (MSF), which are also the two organisations that have been most involved in the mechanics of the response on the ground in the affected countries. “The demands of the Ebola outbreak have completely outstripped the government’s and partners’ capacity to respond,” said the WHO in a statement, “…development partners who are supporting the response in Liberia and elsewhere need to prepare to scale up their current efforts by three- to four-fold.”

MSF, meanwhile, was scathing in its criticism, describing the international response as “lethally inadequate”. “Leaders are failing to come to grips with this transnational threat…states have essentially joined a global coalition of inaction,” said International President Joanne Liu in a speech at the UN.

“States with the required capacity have a political and humanitarian responsibility to come forward and offer a desperately needed, concrete response to the disaster unfolding in front of the world’s eyes,” added Liu. “Rather than limit their response to the potential arrival of an infected patient in their countries, they should take the unique opportunity to actually save lives where immediately needed, in West Africa.”

On an emotional level, it’s hard to argue with Liu. There are people bleeding to death from their eyes. We must make it stop, no matter what. But, as she well knows – you don’t get to be the head of MSF without making plenty of difficult decisions – it’s not quite as easy as that. And, let’s face it – the international community has rather a lot on its plate at the moment.

Globally, the tensions in the Ukraine and the stunning successes in Iraq and Syria of the Islamic State are dominating the agenda, drawing plenty of funding as well as diplomatic capital away from West Africa. Within in the continent, meanwhile, Ebola is arguably only the third most pressing humanitarian disaster facing Africa – the death toll for impending famines in South Sudan and Somalia is likely to reach tens of thousands.

And, as argued earlier by Daily Maverick columnist Ivo Vegter, the huge publicity afforded to the Ebola crisis ignores the entrenched, endemic diseases such as malaria and tuberculosis that have a far wider footprint and casualty count (for every Ebola victim, there were 500 deaths from malaria this year). It also ignores the continent’s ongoing conflict areas (in particular Mali, the Central African Republic and north-eastern Nigeria) which also impacting the lives of millions of people.

Pointing this out is not to justify inaction. Truth is, action from the international community – and, crucially, the funding and expertise that only the world’s most developed countries and its biggest international organisations can provide – is required on all these fronts.

And this, perhaps, explains the extreme and emotive language used by the likes of President Johnson-Sirleaf and MSF’s Liu. In a world of limited resources, and even more limited international attention, those resources are not always disbursed according to the strict principles of triage. Leaders must convince other leaders that their needs are the most pressing; they must find a way to sell their crisis.

With so much of it around, conflict is a hard sell. So too is famine, and poverty, and malaria, no matter that these have and will continue to pose a far graver threat to the populations of the world’s least developed countries. But Ebola is something new, and something different, and the fear around its spread is dominating headlines all over the world. No wonder the officials and organisations involved in the containment effort are choosing to press their case now. The scaremongering is a fund-raising tool, albeit for a vitally important issue. With any luck, ramping up the panicky rhetoric might just force the international community into action – in this one particular situation, at least. DM

Photo: Liberian police in protective clothing control residents of West Point as they wait for food rations to be handed out as part of governments quarantine plan for the area as a way of curbing the spread of the deadly Ebola virus in Monrovia, Liberia, 21 August 2014. EPA/AHMED JALLANZO