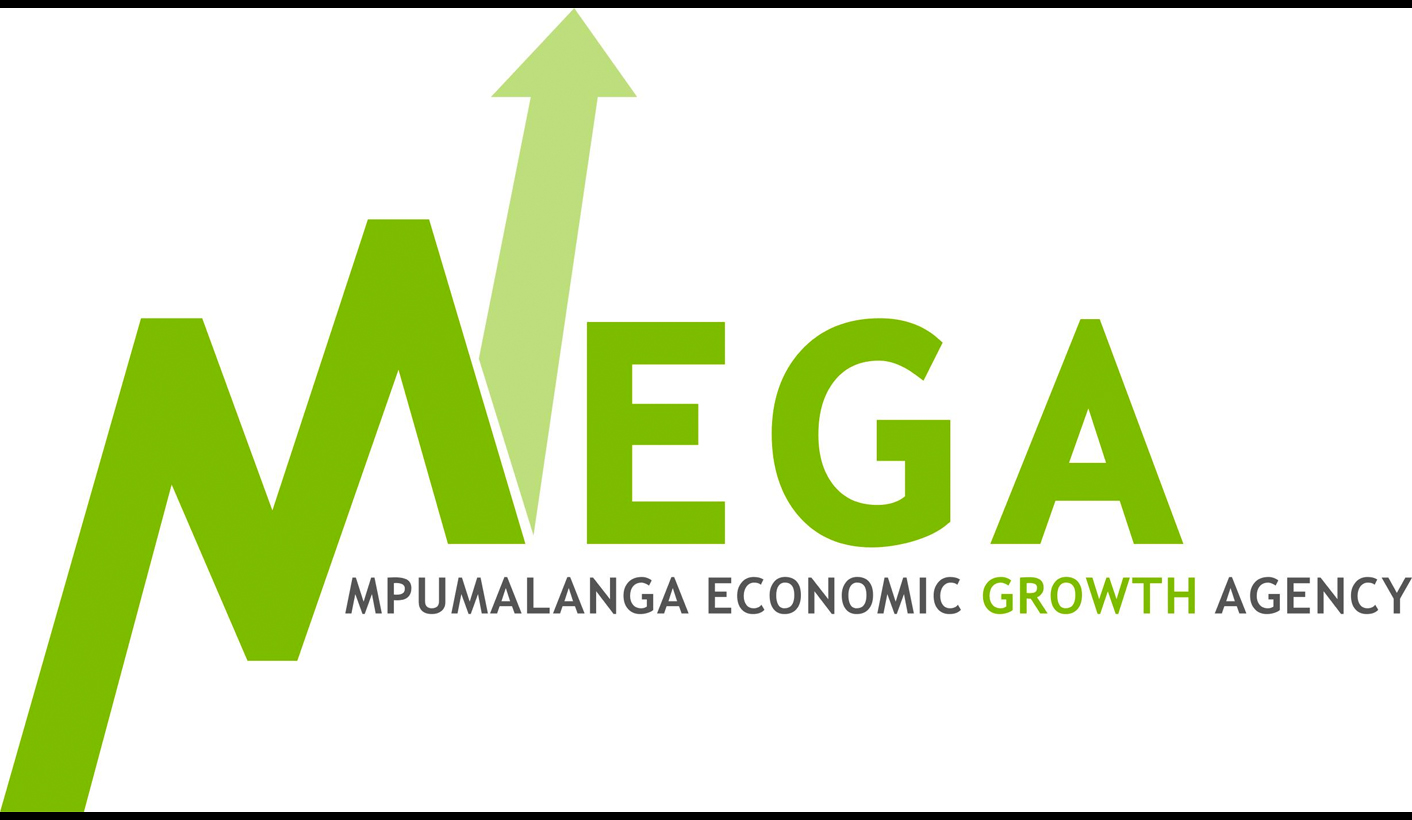 Every province has one. Usually two, sometimes three. They are parastatals variously known as Provincial Investment Development agencies, or Economic Development agencies, or similar. Their mandate is to decrease poverty through job creation and empowerment, by extending loans to promising start-ups, or by providing business services. These parastatals tend to operate below the radar. No-one really knows much about what they do or what they achieve, which is perhaps just as well. Because if the case of the Mpumalanga Economic Growth Agency (MEGA) is typical, these entities are merely a massive entitlement scheme for the politically-connected elite. By NIKI MOORE.

For the last twenty years, the Mpumalanga Economic Growth Agency (MEGA) has spent almost all its funding – about R400 million in this last financial year – on its own existence. Its mandate: to provide support for small businesses, agri-projects, start-ups, empowerment schemes, poverty alleviation and first-time property owners. But for twenty years the entity has achieved extremely little of this mandate, as it lurches from one political restructuring to the next, and from one funding scandal to the other.

A source close to the organisation agreed to speak to the press, on condition of anonymity, because he is so appalled by the waste of money, political interference, bad management and general uselessness of the entity.

However, what this informant has to say is not really all that startling. The problems with MEGA are well documented, mainly in its own financial reports. Along with a Portfolio Committee report compiled by the Provincial Treasury, it does not paint a pretty picture.

Officially, MEGA is performing at less than a third of its capacity. It does not get clean audits. The Portfolio Committee report of 2013 comments rather waspishly that the entity has failed to implement its mandate, failed to achieve its targets, failed to introduce financial controls, failed to implement its projects, and failed to improve its governance. And this is with a staff of more than 200 people, a highly paid board that meets regularly (R150,000 per year for attending meetings on top of flights, accommodation and entertainment), and executives that take home salaries in the region of R1,5 million per year.

The insider said, in frustration, that MEGA “could shut down tomorrow, and no-one would notice. There are many other agencies that do the same thing, and do it better. Why we have this parastatal at all is a mystery, unless it is to find a home for compromised cadres.”

The “compromised cadres” are well documented as well, in several newspaper stories regarding dismissals with huge golden handshakes, in-fighting, scandal-plagued hirings and firings.

But how did it get to this state? How could a company with such admirable goals – poverty relief, job creation and small-business support – trundle along at such huge expense with so little result? The story of MEGA is an almost text-book example of how NOT to run a parastatal, with a flawed foundation, no accountability, political interference, and a blank cheque from government.

“Every restructuring cost huge sums of money,” said the insider, “and set the entity’s operations and stability back significantly. All internal procedures needed to be redrafted, staff became demotivated and irregular appointments (of both staff and service providers) took place.”

Added to these woes are the regular scandals involving board members and executives. MEGA was regularly hitting the headlines with alleged corruption, mismanagement and shaky boardroom deals. These began in 2005, under the controversial leadership of Ernest Khoza, included the controversy over loans granted to board members, numerous investigative articles outlining the general chaos at the entity, the firing of the entire board in 2011 for non-performance and dereliction of duty, the appointment of controversial CEO Boyce Mkhize, turmoil in the board that made it unable to function, a R20 million turn-around programme by Deloittes that conducted a competency test on staff and found that 70% of them were not capable of doing their jobs; a controversy over mining tycoons raking in millions from the entity in fraudulent deals, and another controversial golden handshake.

“The problem is that MEGA is supposed to use its income to hand out loans to small businesses,’ said the informant, “but they are not doing this because all their money is spent on their operational costs. The board meets regularly, which costs a fortune as they charge for flights and accommodation, as well as their fee for each meeting, but then very little gets decided or resolved because they spend all their time fighting with each other.”

There are also problems internally that make it difficult for the organisation to carry out its purpose, the informant said. “But then I also have to feel sorry for the organisation, because they are treated unfairly. The provincial government keeps transferring projects to MEGA without any budget. For instance, the municipalities in the province were not managing their water infrastructure. So it was all handed over to MEGA, but with no budget. MEGA took more than a year just to obtain the agreements from the municipalities to pay for this. This is a company that does not employ one engineer, or anyone who understands water. They can’t do the job, so eventually it gets handed over to Rand Water. Three years have been wasted, lots of money has been spent, and we are all back to square one.”

Furthermore, says the informant, there are not always funds available. “Another example is the Fresh Produce Market. This project was handed to MEGA, but with no budget. MEGA has no internal skills to facilitate this project. I don’t know how they can do it, unless they employ consultants at massive fees.”

And, says the informant, not everyone can do their jobs adequately. “There is a tremendous lack of skills at MEGA.” (This is borne out by the findings of the Portfolio Committee.) “It’s jobs for pals; there are some people in senior positions who are not capable of switching on a computer.”

Already the new board has attracted controversy. New board chair, Siyabonga Mahlangu, was involved in an eyebrow-raising property deal with the Gupta family in his last position as advisor to the then Public Enterprises Minister Malusi Gigaba.

With a new board, new instructions, and a whole lot of investigations into corruption under the last administration, it seems unlikely that MEGA will be fulfilling its mandate any time soon.

However, a former CEO and Chair Phillip Dexter, who himself left MEGA under controversial circumstances, said that the entity had an important role to play.

“These development agencies can play a crucial role,” he said. “If they are well run they can be extremely successful. It’s not difficult to find competent people to run this agency. With a good board, a good CEO, and competent staff, it can be done.”

In an interview earlier this month with City Press, MEC for Economic Development and Tourism, Eric Kholwane, said that he had instructed MEGA’s audit committee to do a skills audit of all executives.

“I won’t tolerate a situation where there is a person who does not meet the minimum competency levels. I hope the skills audit will point us in the right direction.”

Unfortunately, the previous skills audit, with its damning findings, was not acted upon.

The DA has been raising concerns about the effectiveness of MEGA for years. “Taking into account the cost of this organisation, and its lack of result, we believe it no longer has a right to existence,” said DA Provincial Leader Anthony Benadie. “The money would be better spent if it were channelled through business chambers or private sector empowerment organisations to reach the poor and the disadvantaged. MEGA does not have the skill or the capacity.”

So MEGA is a fatally flawed organisation that duplicates projects done by other parastatals. It is ruinously expensive for what it achieves. Twenty years of turn-around strategies have resulted in little more than enrichment of its board members and executives. Would it make much more sense simply to shut it down completely, and re-direct that R400 million income per year into other entities?

Despite many attempts to contact MEC Kholwane to ask him just that, he was not available for an interview. DM