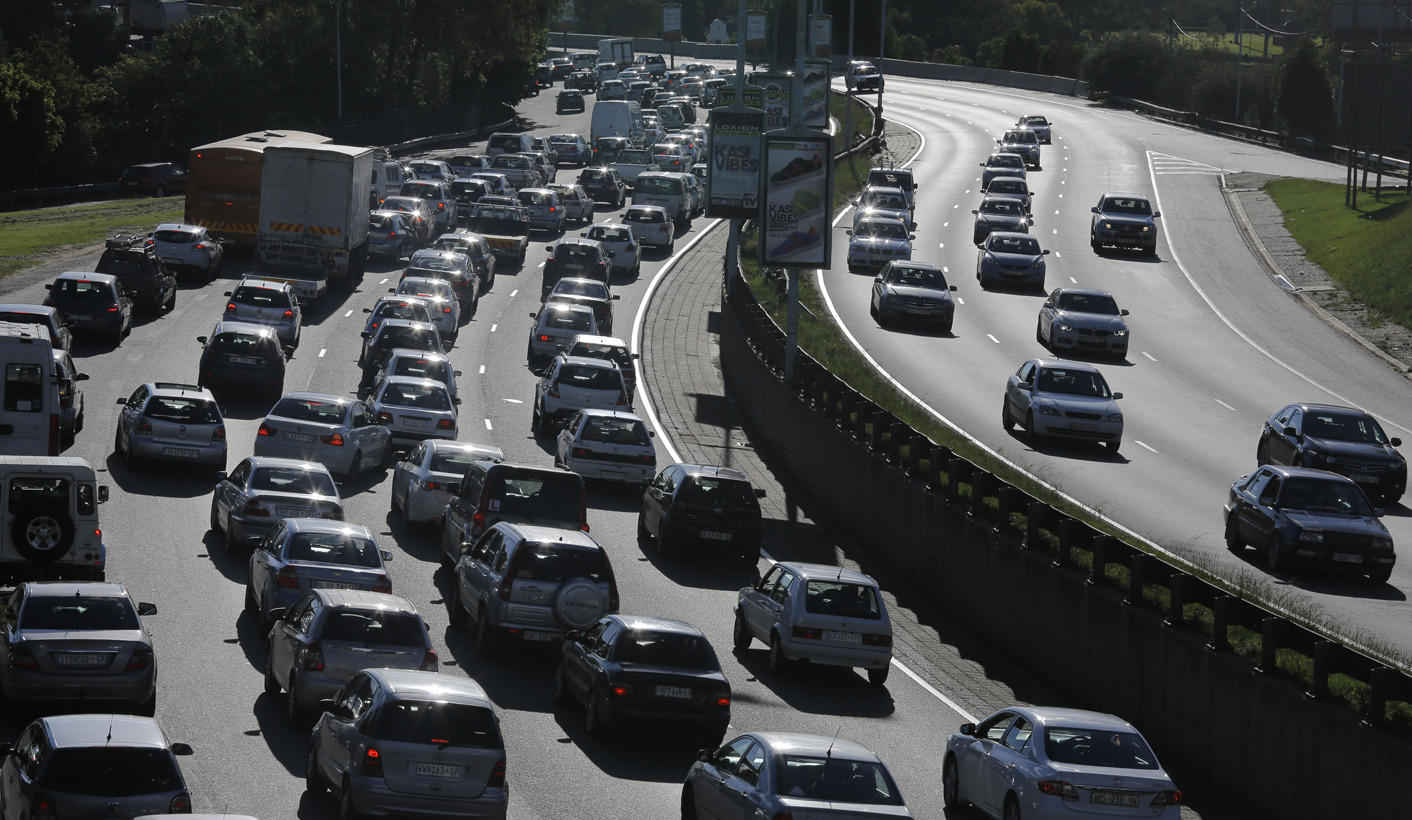 In the continuing war over e-tolls, it has been a simple scenario: we, the people, against them, the oppressive government regime. But it’s always been far more complicated, and interesting, than that. It’s also been about the internal dynamics of the ANC, and what happens when the provincial party takes on a national party. On Monday, Transport Minister Dipuo Peters reminded us all that there are those for whom e-tolls must continue, not just to save money and our international reputation, but also to save political face. By STEPHEN GROOTES.

The last three weeks have seen media with Gauteng audiences giving the Gauteng Provincial government’s e-tolls review panel acres of attention. Gauteng Premier David Makhura announced the panel was being set up during his first speech in office. It was a dramatic development, even though he has always been seen as opposed to e-tolls.

As the panel has been taking submissions on the “impact of e-tolling” on the province, it’s become pretty clear where the consensus lies. Of all the organisations that have spoken, just one – one – has been in favour of e-tolls. And the Consulting Engineers of SA have backed only the “user pay” principle, while not going into specifics of whether it believed the cost of collection was correct in the given situation.

Even the SACP, which can usually be relied upon to back up whatever the government of its particular deity is doing, backed out of making a public verbal submission at the last minute, and submitted a written version instead. (Could their revolutionary backs be against the wall?)

So it was probably right from a spin point of view for Minister Peters to appear on the Midday Report on Monday and hit back. To use a well-worn phrase, this lady’s not for turning. “As I said in my budget speech, the user pay principle is not under review,” would be a pretty accurate summary of what she said. Peters also explained that she had no duty to implement the findings of the panel. And why should she? It’s a provincial structure, she didn’t set it up, and her response falls within her powers, as tolling the roads was a Cabinet decision.

She went further, saying that in a country like ours, with such an infrastructure deficit, it makes complete sense for people to pay for their own roads. She was speaking from the Northern Cape, where violent protests over a lack of roads have seen schools in the region being closed for months. Peters claimed that in that region, the communities have been looking after sections of roads, fixing potholes et cetera, and then demanding a toll in return to pass over them.

The implication, for this journalist, anyway, was that those in Gauteng have it easy, and should stop moaning. We have our roads, we can get from Tshwane to Joburg to Ekurhuleni quickly, and we should be prepared to pay for the privilege.

It is at this point that the party with the word “communist” in its name might explain, in language normally only reserved for the Dalai Lama, that roads are not a privilege but a right. But we don’t have such a party anymore; it has succumbed to its Stalinst tendencies. Or personalities.

Anyway, the point is, if you haven’t guessed by now, the Transport Minister is opposed to the panel, and doesn’t care what findings it makes.

This isn’t, in fact, surprising. Perhaps the most illuminating moment in the interview was when she said she was told about the panel only after Makhura had announced it in public. While the Gauteng Provincial Government has been quick to point out that in their view the panel is only investigating the “impact of e-tolls on Gauteng”, the fact is, Makhura should still have told Peters – according to protocol, anyway. The question of why he did not is another matter: perhaps because she would have tried to stop him, going all the way to Number One if need be.

The fact that Makhura has had to do things in the way he has shows the extreme stress the ANC is feeling on e-tolls. On Sunday the City Press claimed that even the Top Six were split on the issue, although the story was strongly denied. But it’s clear that Gauteng ANC has always opposed e-tolls, while the national ANC has felt the need to push them through. Gwede Mantashe has told people to just pay up, and as he occupies the centre of gravity at Luthuli House, you would expect his view to prevail.

However, Walter Sisulu House (the headquarters of the Gauteng ANC) simply isn’t giving up the fight. And why should it? Because interwoven with all of this is the fact that the Gauteng ANC was the only province to fight back against Number One and is still standing. Just the fact that it was able to insist that Makhura be Premier is evidence that it is too strong to be drowned by an another tsunami.

And of course there is a useful weapon for Gauteng to use here. It can keep pointing to the results of this year’s election, where the ANC won Gauteng with just 53.59%, blaming that figure on e-tolls. It can keep saying that if the policy is not reversed, the party could lose Jo’burg, Tshwane and Ekurhuleni in the 2016 Local Government Elections.

All of this has surely got to make even the very pro-Number One National Executive Committee think twice about keeping the policy. And then, if it is eventually reversed, national government, Cabinet, and, by implication, Number One himself could be made to look weak.

Having said all of that, the fact that Peters was willing to say what she’s said shows that there is still strong backing for this stance from the national ANC. They apparently just don’t get it. As OUTA head Wayne Duvenage put it so well on Monday, “It’s not about what government wants, it’s about what the people want – and if the people just don’t comply, then what?”

It’s the great, unanswered question. Then what? Surely, presumably, prosecutions for non-payment will follow at some moment. Despite assurances that they’re in the works, no one has yet received a prosecution notice. And if and when it does come, OUTA is still standing ready to provide funds for the legal defence.

We are a long way from a resolution to this war. But with both sides refusing to back down, the ultimate loser is probably going to be the ANC itself, in 2016. And then, possibly again, in 2019. DM

Photo: Rush hour traffic is congested as people rush to get home on the N1 highway in Johannesburg, South Africa, 04 December 2013. The then-newly implemented E-Toll toll system that came into effect on 03 December 2013 has been received with huge protest by the majority of road users in the Johannesburg and Pretoria area. EPA/KIM LUDBROOK