Religion in schools: Watershed case to ensure teaching and not preaching 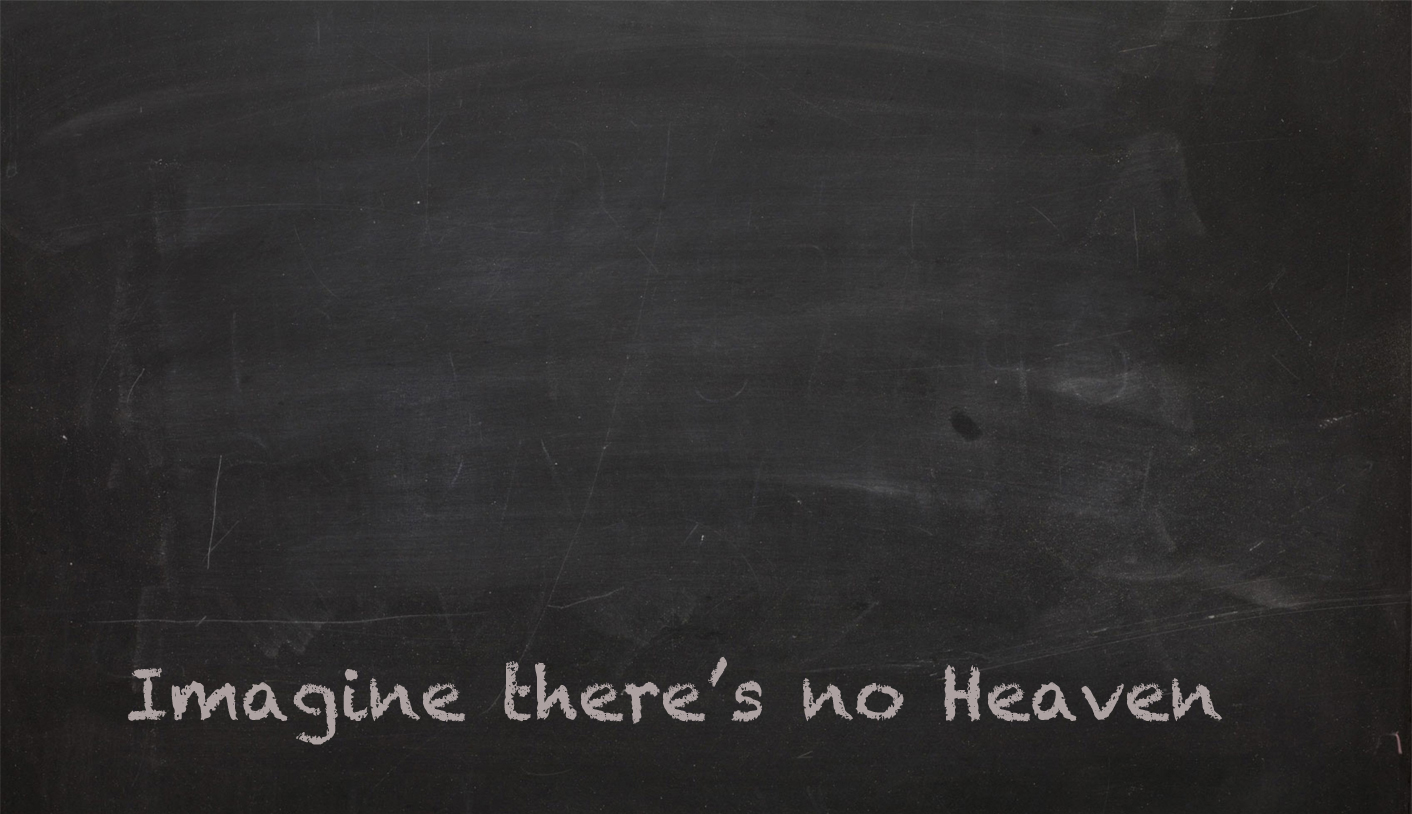 Far from shutting down space to engage with religion, an application filed in the Gauteng High Court by an NGO seeking to prohibit six public schools from advertising themselves as exclusively “Christian” or as having a “Christian ethos”, actually aims to broaden the experience of religious and spiritual instruction in public schools, in keeping with the country’s Constitution and other policies. By MARIANNE THAMM.

The Freedom Front Plus predictably came out guns cocked and blazing after last week’s application to the Gauteng High Court by the NGO Organisasie vir Godsdienste-Onderrig en Demokrasie OGOD (which translates rather clumsily as Organisation for Religious Education and Democracy) seeking to prevent six public schools from advertising that they are exclusively “Christian” or that they promoted a distinctly “Christian ethos”.

OGOD chairperson, Hans Pietersen, said the organisation was bringing the application on behalf of learners and parents at public schools in South Africa. It is the first time that a formal legal challenge of this nature has been brought. The six schools named, as well as the relevant ministries, have 20 days to respond to OGOD’s challenge.

“A witch hunt on Christendom,” howled Anton Alberts, FF+ Parliamentary spokesperson, adding that the party would support the “heavy resistance to the court case” and that the action was “in conflict with the very essence of democracy in the country.”

Two of the schools, Langenhoven Gimnasium and Hoërskool Oudtshoorn, responding to a report in the Afrikaans daily Die Burger, vehemently dismissed the charges.

“Our school is known for our moral and disciplinary values, but we obey the law. Yes, we pray before rugby matches, but if someone doesn’t want to pray, we will accept it,” said Christo van der Bergh, chairperson of the Langenhoven Gimnasium school governing body.

A spokesperson for the Hoërskool Oudtshoorn governing body, Dr Jaco Jordaan, charged that the court action was “an attack on the ethos of every public school” and understood the application to mean, “All religion will be banned from schools. It is unreasonable.”

But setting out the legal framework of the case, Pietersen explained that the country’s National Policy on Religion and Education, published in 2003, recognised “the rich and diverse religious heritage of our country and adopted a co-operative model that accepted the possibility of creative interaction between schools and faith, whilst protecting our young people from religious discrimination or coercion.”

This diversity, he added, should be evident in public schools “where no particular religious ethos should be dominant over and suppress others.”

The Policy could be interpreted, said Pietersen, as neither negative nor hostile towards any religion or faith and did not discriminate against anyone.

“Rather it displayed a profound respect towards religious faith and affirmed the importance of the study of religion and religious observances.”

In this light OGOD has accordingly targeted six Afrikaans-medium schools that all advertise themselves as being exclusively Christian and which engage in activities, teachings and practices that, according to Pietersen, promote this in violation of the Policy and the constitution of the country.

They are Laerskool Randhart in Alberton, Laerskool Baanbreker in Boksburg, Laerskool Garsfontein in Pretoria, Hoërskool Linden in Johannesburg, Hoërskool Outshoorn and Langenhoven Gimnasium.

Some of the activities at these schools listed in Pietersen’s explanation include praying before sports matches, having school anthems that refer to a Christian deity, teaching creationism and that all non-believers will go to hell as well as instructing children to draw pictures depicting religious myths.

The schools, he said, also promoted the fact that they employed personnel “who, through their example and conduct, illustrated that they were pious” and “utilised Life Orientation classes for religious groups to evangelise and provide testimony in support of a religion”.

Dr Jaco Deacon, Deputy CEO of the Federation of Governing Bodies of South African Schools (FEDSAS), told the Daily Maverick that the federation was consulting member schools as to whether it would oppose the application. However, he was of the opinion that the matter would not be settled in the High Court and would be referred to the Constitutional Court.

The fact that only Afrikaans language schools had been targeted, he said, was coincidental and as the case would affect schools across the board.

Deacon said that the matter could have “huge implications” for the teaching of religion in public schools and how it is viewed. While it would not affect religious instruction as a school subject it would have repercussions for the ethos or mission statements of schools.

“This will be South Africa’s watershed case for religion in public schools,” suggested Pietersen.

Pietersen pointed out that national Policy proposed a “co-operative model that combines constitutional separation and mutual recognition and provided a framework that was best for religion and best for education in a democratic South Africa”.

“Under the constitutional guarantee of freedom of religion, the State, neither advancing nor inhibiting religion, must assume a position of fairness, informed by a parity of esteem for all religions, and world views. That positive impartiality carried a profound appreciation of spirituality and religion in its many manifestations, as reflected by the deference to God in the preamble to our Constitution, but did not impose those,” he said.

To achieve those goals, Pietersen added, Policy set out that the relationship between religion and education had to be guided by the certain principles. These included “a responsibility to teach about religion and religions in ways that reflected a profound appreciation of the spiritual, non-material aspects of life, but which differed from the religious education, religious instruction, or religious nurture provided by the home, family, and religious community” as well as the fact that “teaching religion, religions and religious diversity needed to be facilitated by trained professionals, and programs in religion education had to be supported by appropriate and credible teaching and learning materials, and objective assessment criteria”.

OGOD was established essentially to promote, its says, in-depth, fact-based education about religions of the world, eradicate religious indoctrination in public schools, expose religious “counter knowledge and magical thinking”, do away with religious elitism, expose the psychological dangers of religious damnation and to ultimately promote a democratic, secular and human rights-based South African society.

In 2012 Pietersen published a book titled Die Vrese van Ons Vaders: Geloof, Onderrig en die Afrikanerkind (The Fears of Our Fathers: Belief, Education and the Afrikaner Child). In the introduction he hints at his own awakening after discovering his own “cultural ignorance”. Seeking out others with differing opinions, travelling and reading widely and visiting different places of worship across the globe, Pietersen said he came to understand the limitations of his own education.

Reviewing Pietersen’s book, Dr Chris Jones, of the Department of Practical Theology and Missiology at Stellenbosch University, remarked that the author had thought deeply about how “we, as Afrikaner believers, need to respond in relation to religion, education and the Afrikaner child”.

“He [Pietersen] is against the unlawful indoctrination of children in public schools. He believes Christianity may not be indiscriminately inculcated or provided with a privileged position in schools as it will result in the promotion of a ‘faith Apartheid’. He consistently advocates for the liberation of the burden of dogma and visualises a South Africa where people are empowered to freely participate in ongoing, healthy self-examination.”

OGOD’s court application, far from shutting down space for religious inquiry, actually proposes an opening up of the hearts and minds of those who would teach rather than preach it. DM