Life after Tlakula: Who’s next for the IEC? 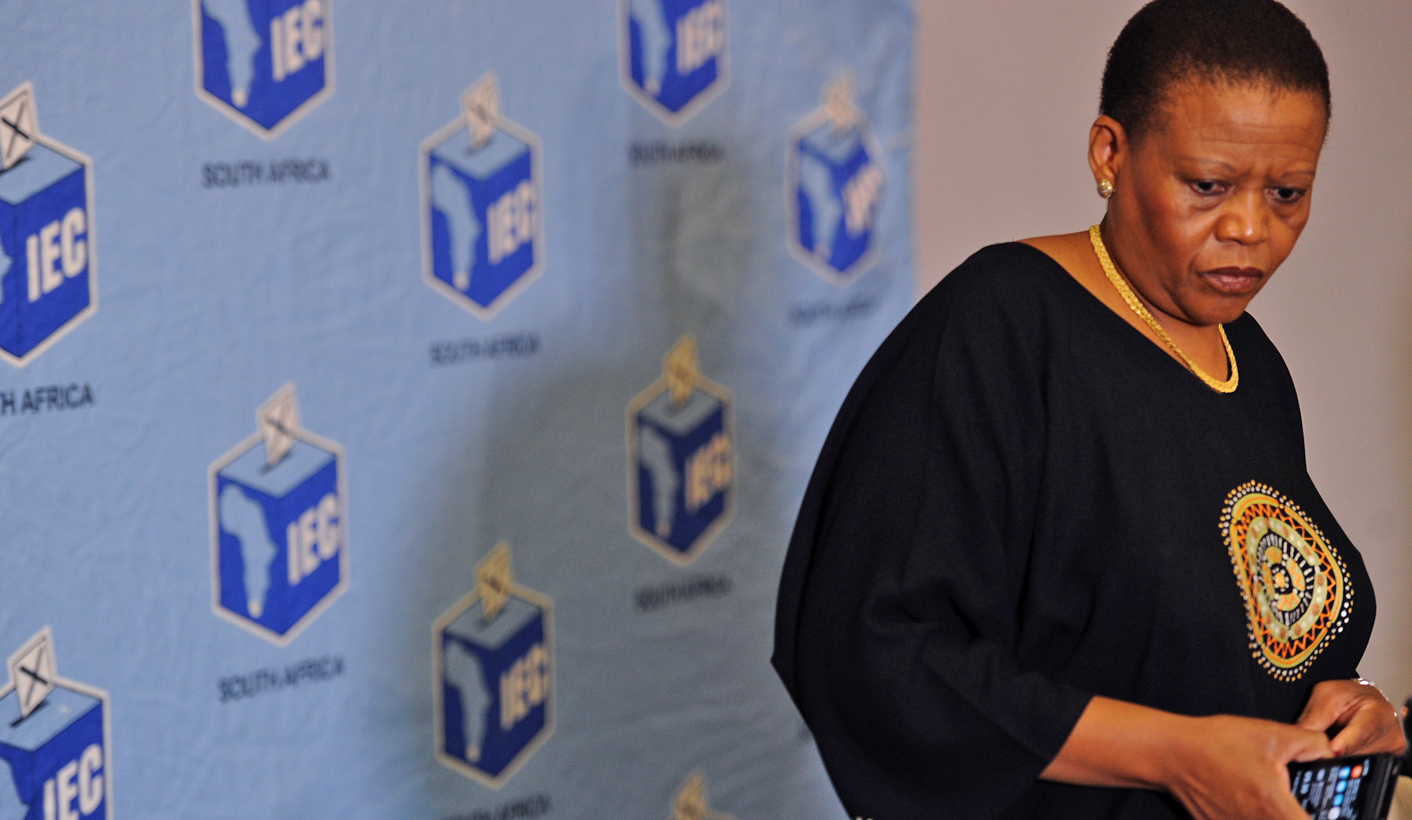 Independent Electoral Commission chairwoman Advocate Pansy Tlakula resigned on Tuesday evening. It had been a long time coming. After bitter battles with United Democratic Movement leader Bantu Holomisa, any continuation of the fight could have pitted the ANC and the IEC against everyone else. Thankfully, that has been averted. But stand by for an another big fight: now we have to find a successor. Someone who is not seen as political, but who can manage the political beasts of our particular jungle. There are not many standout candidates, but there are plenty of people who might want the job. By STEPHEN GROOTES.

Being the chairman of the IEC is slightly different to being the chairman of other quasi-government organisations. Firstly, the stakes are much higher. You become the symbol of our elections. While it might be fun to be the person on the podium announcing results and generally getting a pretty large share of the spotlight twice every five years, you would not want to be the face of a disastrous election. You also need to have a peculiar mix of confidence and humility. You have to have the ability to stand between Gwede Mantashe, Helen Zille and Julius Malema and keep them all in line. Which means keeping your temper while those in red shout, “Give back our votes”. However, crucially, what you really need, what you cannot do this job without, is the respect of all of the parties concerned.

This means you already need to have proven yourself in some aspect of our public life, without actually pissing anybody off. This is pretty hard to accomplish. Usually having some success in public means taking someone else on and winning. If democracy is all about the loser, that loser will still be around in some way, shape or political party, and they are likely to want t0 block your appointment. Or cry to high heaven if you are appointed.

As a result of this we are really looking at the candidates from two major categories: there’s the religious group, and then the legal group.

The religious group is those who have distinguished themselves, led a large flock, and managed to gain the respect of those who are not their natural followers. Former Anglican archbishop Njongonkulu Ndungane springs to mind. He’s someone who has not shied away from controversy and has a great track record (as well as a strong knowledge of rugby, his nephews are the twin wingers Odwa and Akon Ndungane). But, in a sign of how a small thing can count against you, he is also the chair of Corruption Watch. Which has been pretty critical of President Jacob Zuma, and at times of the ANC. Which might rule him out.

Someone with a legal background might be better. When it comes right down to it, while some of the questions an IEC chairperson might have to settle are essentially political, they are inherently legal. The ability to know which party has the stronger argument in law will give that person a huge advantage; they would immediately know how to direct a closed-door argument, with the knowledge that the Electoral Court would back them up when the time of judgment came. Lawyers and judges often have long experience in conflict.

When casting one’s mind around who might be available for a job like this, it somehow immediately settles on former Constitutional Court Judge Kate O’Regan. She served her term in the court more than admirably, is widely admired as a ‘progressive’ judge, and has a rare problem: she’s served in her country’s highest court and has finished her term at a relatively young age. She has experience that makes her unique, and it would be completely foolish to cast aside such knowledge.

O’Regan also comes with the dignity that somehow only judges possess. You get the impression that even Malema would shut up and listen to her. More importantly, it’s likely Dali Mpofu would impress upon him the importance of her role over the last 15 years, and thus Malema would respect her as well.

However, it’s likely that supporters of current IEC deputy chairman, Terry Tselane, could point to his experience within the institution. There was a strange set of circumstances around the announcement of Tlakula’s resignation. Tselane confirmed she had resigned, speaking freely to the media about it. But the Presidency knew nothing of the development. Technically, Tlakula actually resigns to the Presidency, which would then make the news public. By jumping the gun there are really two possibilities: Tselane really wants the job, or the IEC thought it should control the process, because it’s the institution that Tlakula was leaving.

Tselane has been fairly available to speak in public about the Tlakula issue all through the scandal, which has led to speculation he’s rather keen on it. However, he could also have just felt it was important to put the view of the other commissioners across, and that he had a duty to keep reassuring the public the elections could be held with or without Tlakula’s presence in the institution. He also has a long track record with our elections going back to running the IEC’s Gauteng operations in 1997.

However there is also a case for appointing someone from outside the organisation, which may well prevail here.

When it comes to the process of appointing new commissioners to the IEC there’s one of those wonderful quasi-political-legal situations we seem to specialise in. Under normal circumstances an Elections Commission is set up, chaired by the Chief Justice and featuring the Public Protector, the head of the Commission for Gender Equality and the head of the Human Rights Commission. Then the process goes to Parliament, and finally, the President signs off on it all.

All in all it’s a pretty clever system. And it should be fascinating to see how it plays out in practice. There are bound to be those who will be very cynical. There has been a narrative playing out recently that suggests the IEC is not going to be very independent for very much longer, and that somehow the ANC is trying to take it over. However it surely still holds in this country that the reaction to the slightest hint of votes being stolen is likely to make your average service delivery protest look like a picnic. Which means that even if this claim does have some truth, it would be in the ANC’s own interests to make sure that the person who does chair the IEC is seen as suitable by all, or at least most of, the parties involved.

This is one of those debates where size does count to an extent. While the ANC may hold the whip hand as to who is finally appointed, it seems unlikely they can push someone through to whom the Democratic Alliance objects. To do so would be to fail the Friedman Test that the only true test of whether an election is free and fair is whether the losing party accepts the result. That could be a pretty scary prospect.

Losing Tlakula, and in particular the scandal around her demise, has been damaging to the IEC. It can get that credibility back. And we have to hope that it does, as it’s the institution that’s vital for our democracy. But its leader will matter. And so this process must be watched very closely indeed. DM

Photo: IEC chairperson Pansy Tlakula is seen at a meeting with representatives of farmer unions in Benoni on Wednesday, 22 January 2014. Picture: Werner Beukes/SAPA