Op-Ed: Hunger in the Land of Enough 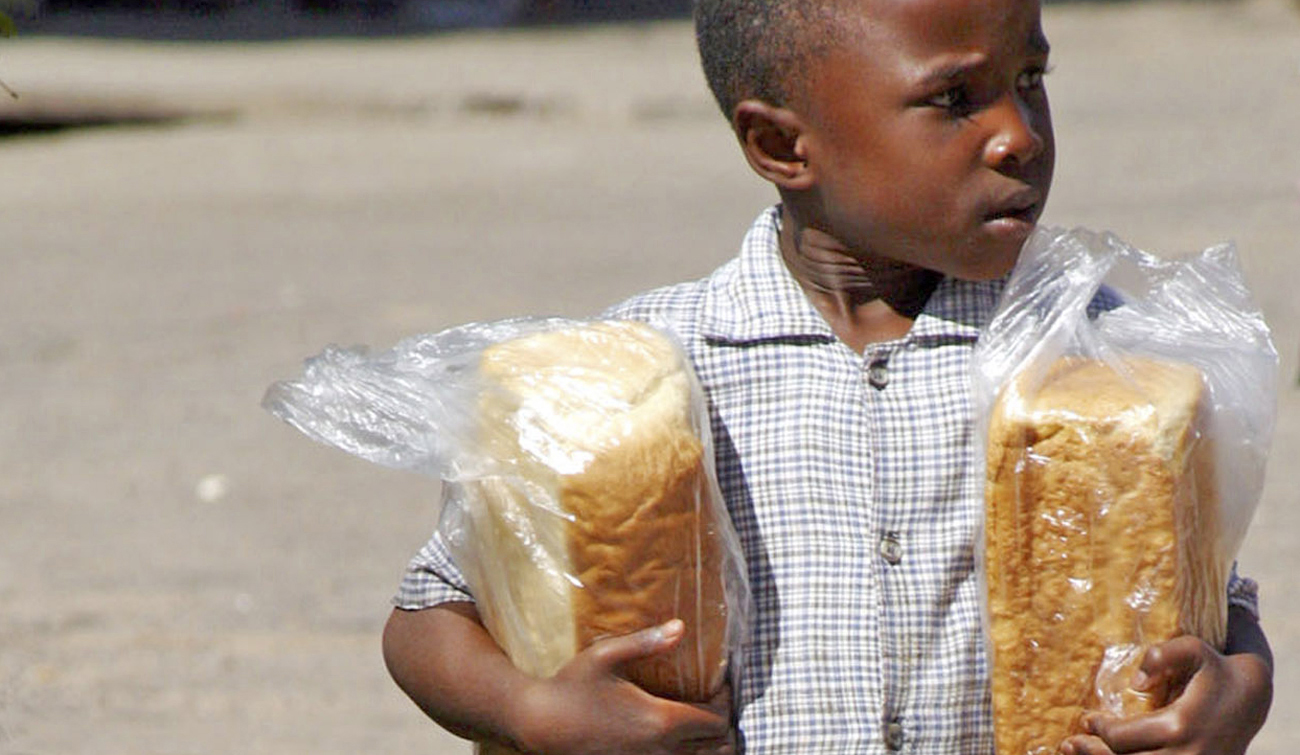 Despite being a middle-income country, South Africa has a long and shameful history of those in power ignoring the needs and the interests of the majority. Colonial and subsequent Apartheid laws reduced black people in South Africa to merely being cheap labour to service the needs of these economies. Poverty, inequality and hunger, while visible in the faces and cupped hands of people at traffic lights in middle-class neighborhoods, largely continue to be felt most in townships, informal settlements and rural areas which are often located far away from economic and suburban hubs. By ISOBEL FRYE.

What do people do when they cannot afford sufficient food? They reduce their food intake and eat cheaper and less nutritious food. Many people go without. This places an added burden on food insecure households, making them far more susceptible to obesity, diabetes and other diseases related to poor nutritional habits.

What has been the response of the government, and the private sector in addressing the cost of hunger in South Africa? This was the topic of a two-day workshop attended by not-for-profit organisations, research and academic institutions, grassroots organisations and government officials. In discussing the cost of hunger in South Africa the main question that emerged was, why, 20 years into our democracy, is there a lack of urgency and political will – beyond mere rhetoric – to reduce levels of hunger among South Africans? Hunger is a violation of the right to sufficient food guaranteed in the Constitution. Many studies have highlighted the actual costs of hunger in terms of lost productivity, lost physical and intellectual development as well as increased financial burden on health and education service delivery. And yet, despite widely available information about the personal and economic costs of hunger and the obligations on the state and private power to ensure realization of the right to food, widespread hunger remains.

Hunger is the result of a broken food system. One in which private sector actors enjoy large profit margins and very little regulation and state programmes are fragmented with opaque objectives, budgets and monitoring systems.

In the absence of clear regulation of the private sector, it is left to the competition authorities to regulate private power through combatting anti-competitive behaviour. Between 2007 and 2012, a group of concerned people battled with the three main national bread producers – Tiger Brands, Pioneer Foods and Premier Foods – who were found guilty by the Competition Commission in 2007 of colluding in fixing the price of bread in South Africa over a 12 year period. Tiger Brands was faced with the largest fine of R98.8-million or 5.7% of its annual 2006 turnover for bread operations. While the fines levied are to be welcomed, it is clear that they are not enough. Profit margins continue to expand and bread and other food prices to increase. Salaries and grants cannot keep up.

From the perspective of the state, one of the challenges faced at a policy level is that there is no one single department responsible for addressing hunger. Programmes and projects are spread across the departments of social development, agriculture, farming and fisheries, health, basic education and land reform and rural development as well as cutting across all three spheres of government. Monitoring and evaluation of the reach and efficacy of programmes is virtually impossible to track or to verify. There is also a lack of political accountability for the failure of both the state and the private sector to realise the right to food.

Instead of private and public power being held accountable for widespread hunger, hunger has become shunned, and placed squarely on the shoulders of the hungry, who are told that it is their responsibility to grow their own food in food gardens, despite a general lack of access to land, to water, fencing and security and to extension support.

Transparent co-ordination of policies, objectives, budgets, expenditure and impact are critical for real success towards realising the right to sufficient food. Coherence between agricultural and South Africa’s trade policies is also necessary. The role of the private sector in creating hunger also needs to be acknowledged and action taken to develop alternatives and appropriate regulation. It is only in this way that the political and structural causes of hunger in South Africa will be addressed. We all need to take collective responsibility for changing the situation. It is critical that South Africans change how we see the impact and regulation of the highly unequal distribution of wealth and income in the country that renders a large proportion of those living in South Africa hungry.

As minister of finance, Nhlanhla Nene, said on 31 July to the Old Mutual board meeting, “It is also in the interest of business that the level of inequality is reduced. Inequality raises the cost of doing business, skews market structure and ultimately limits growth opportunities. It also breeds mistrust and tension. Excessive remuneration does little to build an inclusive society where everyone feels that they share in the fruits of development”.

There should be a constant moral collective shame that people in South Africa go to bed hungry, but shame that should act as a catalyst for change. One way to begin to address the root causes of hunger in South Africa would be to support current calls for a national minimum wage based on a living wage that enables all South Africans to live a decent life and put healthy food on their tables, as supported by the National Development Plan. A second way would be to support international and local efforts to restructure the global and national food economy in order to bring about a more just and environmentally sustainable economy. Concurrently with these efforts, there is a need to ensure that state programmes and private power are considered and harnessed, among others through calls for more publically available information and demands for more effective programmes and regulation.

Many revolutions have begun with riots over food prices and availability. Hunger, poverty and inequality need to be systemically addressed in South Africa as a matter of urgency in order to ensure our hard won democracy survives. DM