A womb with a view: Ectogenesis is coming 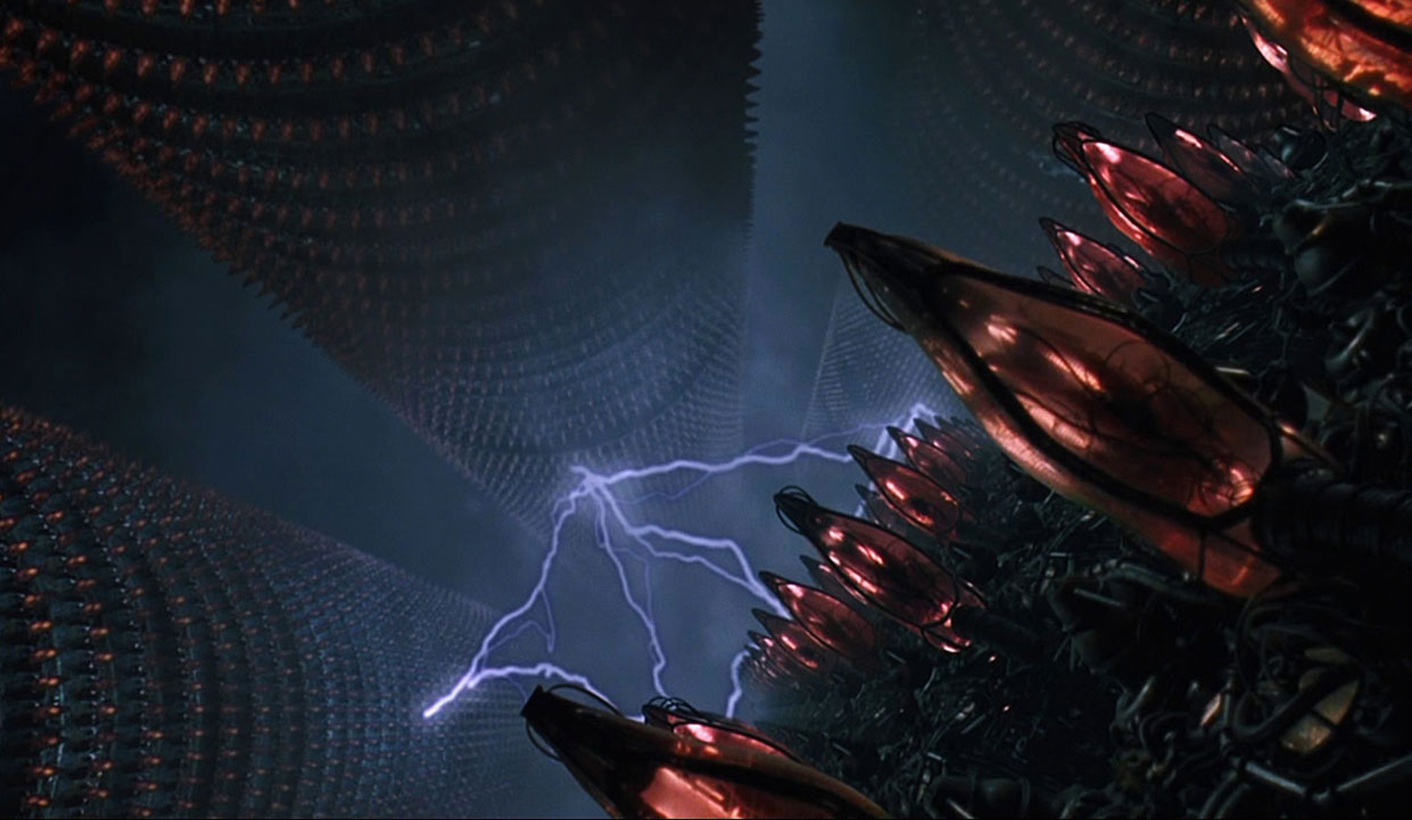 It’s almost here, the technology that will enable babies, once and for all, to be grown in artificial wombs. It’s already promising to be a legal and ethical minefield, with scientists, religious leaders and philosophers alike jumping on the bandwagon to throw in their two cents on the implications. But, asks MARELISE VAN DER MERWE, what about the most important stakeholders of all – our kids themselves?

Ectogenesis: from the Greek ‘ecto’ (meaning ‘outer’) and the more obvious ‘genesis’ (beginning/origin). It’s a sci-fi fantasy first coined by British scientist J.B.S. Haldane in 1924 to describe an idea so outlandish that there was, then, no word for it: the artificial womb.

Not too outlandish for too long, though. It’s an idea that surfaced in popular culture soon enough. Aldous Huxley’s Brave New World and The Matrix spring to mind, for example. And as journalist Soraya Chemaly has noted, the technology for ectogenesis has been in development for over a decade – since 2001, in fact, according to the Daily Mail; strict legislation, however, has meant there are limits on how far it can go.

Two of the best-known projects in progress are cited by futurist Zoltan Istvan on Motherboard. The first is one run by Japanese professor Dr Yoshinori Kuwabara of Juntendo University, whose aim is to save premature babies. Kuwabara has successfully gestated goat embryos in a machine holding tanks full of amniotic fluid. The second, a study focused on helping infertile women, is a project by Dr Helen Hung-Ching Liu, director of the Reproductive Endocrine Laboratory at the Centre for Reproductive Medicine and Infertility at Cornell University. In 2003, her team grew a mouse embryo, although it was left deformed. After that, she and her team grew a human embryo in an artificial womb, but only up to 10 days – the law prevents them from exceeding 14 days in this type of project. Her goal is a kind of “immaculate reproduction”, apparently. (Odd little postscript: If like me, you’re into the weird little details, the babies will be born without navels. Whoa!)

As Istvan explains it, “The ectogenesis technology… appears as an amniotic fluid-filled aquarium with a bunch of feeding tubes and monitoring cables attached to a live, developing organism. Those tubes bring the nutrients, oxygen, etc. needed to grow an organism and help it survive; the cables monitor everything going on inside the tank.” According to Istvan, “bona fide” human testing is at least a decade away, owing to “murky legal and ethical implications”.

But what are these? Some of the most peculiar arguments have surfaced in a heated and not always logical battle between the sexes. Certainly feminists have had a field day, many of them debating at length what the invention means for the use of language around the female body, frequently with scant regard for the lab-bred beings in the tanks. The above-mentioned Chemaly has written a number of articles (listed below as further reading) of slightly more relevance on the implications for power over the female body, autonomy, and childbirth. “What happens when women, like men, can be parents without bearing children? What happens when both men and women contribute equally – by providing only gametes – to reproduction?” she asks, further noting that in some societies, giving birth is the only social standing women have. (I’d argue these societies are not the ones standing first in line to receive brand-new technologies, though.)

Feminist Andrea Dworkin added a rather bizarre critique to the technology saying, “Women already have the power to eliminate men and in their collective wisdom have decided to keep them. The real question now is, will men, once the artificial womb is perfected, want to keep women around?” There have also been a few male voices joining the fray, arguing, among other things, this development is payback for sexism against men.

Critics – among them psychologists and religious leaders – have voiced concern that babies grown in artificial wombs would miss out on the crucial intimacy and bonding experienced between mother and child during pregnancy, even if that applied to a surrogate or a mother who later gave her child up for adoption. Others worry this technology will speed up unethical developments in stem cell research. But there are also implications that might keep religious leaders happy. Chemaly points out that the technology has the potential to end the abortion debate. Functioning, as it does, as life support, the technology can simply be used to keep unwanted babies alive.

“Gee, this will make the monitoring and regulation of women as production units so much easier,” she writes. “Problematic women, from poor white ones in Alabama to poor black, unwed mothers in Mississippi, immigrants who might drop anchor babies or needy suicidal ones don’t have to cause society so much angst because they muck up gestation environments.”

But will it? That’s this writer’s question. It’s a curious thing that none of the articles I read explore the question of what will actually happen to these ‘rescued’ unwanted babies who had been scheduled for abortion, or what will happen to the other unwanted children who will now no longer be adopted because infertile or gay couples will be growing them in tanks instead of adopting them. If Haldane’s prediction is right that less than 30% of births will be natural in time, it’s a serious question to take into account. Advances in fertility science are already making an important point to consider in society: birth rates are going up, but adoption rates are going down. In the meantime, there’s a groundswell of unwanted children. If you take a humanitarian view, it’s a horrible, traumatic situation. If you take a utilitarian or economic view, they’re a massive drain on resources. Either way, it’s not good.

Last year, I wrote a column about the plight of the world’s unwanted children; I pointed out that there are currently approximately 147 million orphans in the world. Only 250,000 are adopted annually. Each year, 14.5 million orphans age out of the system. Almost a fifth of these commit suicide before they turn 18, or end up in other unfavourable circumstances. In May 2014, a South African report revealed that there had been a steep decline in local adoption rates, showing that the number of adoptions had declined by about half – from 2,840 in 2004 to 1,699 in 2004. Some 3,500 babies were abandoned in South Africa in 2010. Orphans have increased by 30% to approximately 5,2 million children. But the birth rate has gone up, and still advances in fertility science march on. Moreover, these advances are mostly benefiting those who are financially privileged. In other words, the very people who would be in a position to adopt.

South Africa’s Adoption Assistance Centre corroborates the above-mentioned figures. They say the number of children in need is increasing, and the number of families available to help them over the past six years has been, at best, static; otherwise in decline. They add some frightening statistics of their own: over 500,000 children were in foster care and receiving grants in 2010; 150,000 were living in child-headed households in 2009 and nearly 15,000 were in state-owned children’s homes in 2009. And the numbers are on the rise. Sustainable? It’s doubtful.

It’s a tricky debate, and one that certainly adds a question mark to the growth of thousands or millions of new babies in laboratory tanks when we already have so many living in the world. Men’s Activism writer Matt Campbell writes, “Humanity’s gone from one to over seven billion individuals in just over 200 years. Just how badly does it need ectogenic reproduction added to in utero reproduction? About as badly as fish need bicycles.”

It’s a fair point, although one that will be argued down with explanations of the life-giving technology that ectogenesis could deliver to aborted children or premature babies who were life-threateningly ill. It’s medical science, after all. At what point does one draw the line between saving lives and scientific interference? It’s not clear. But what is clear is the ever-present law of balance in nature. For every battle we win, nature introduces another. For every victory, there is a cost. Some lives will be gained – others lost, one way or the other, in the crossfire. DM

Photo: A frame grab from the Matrix.