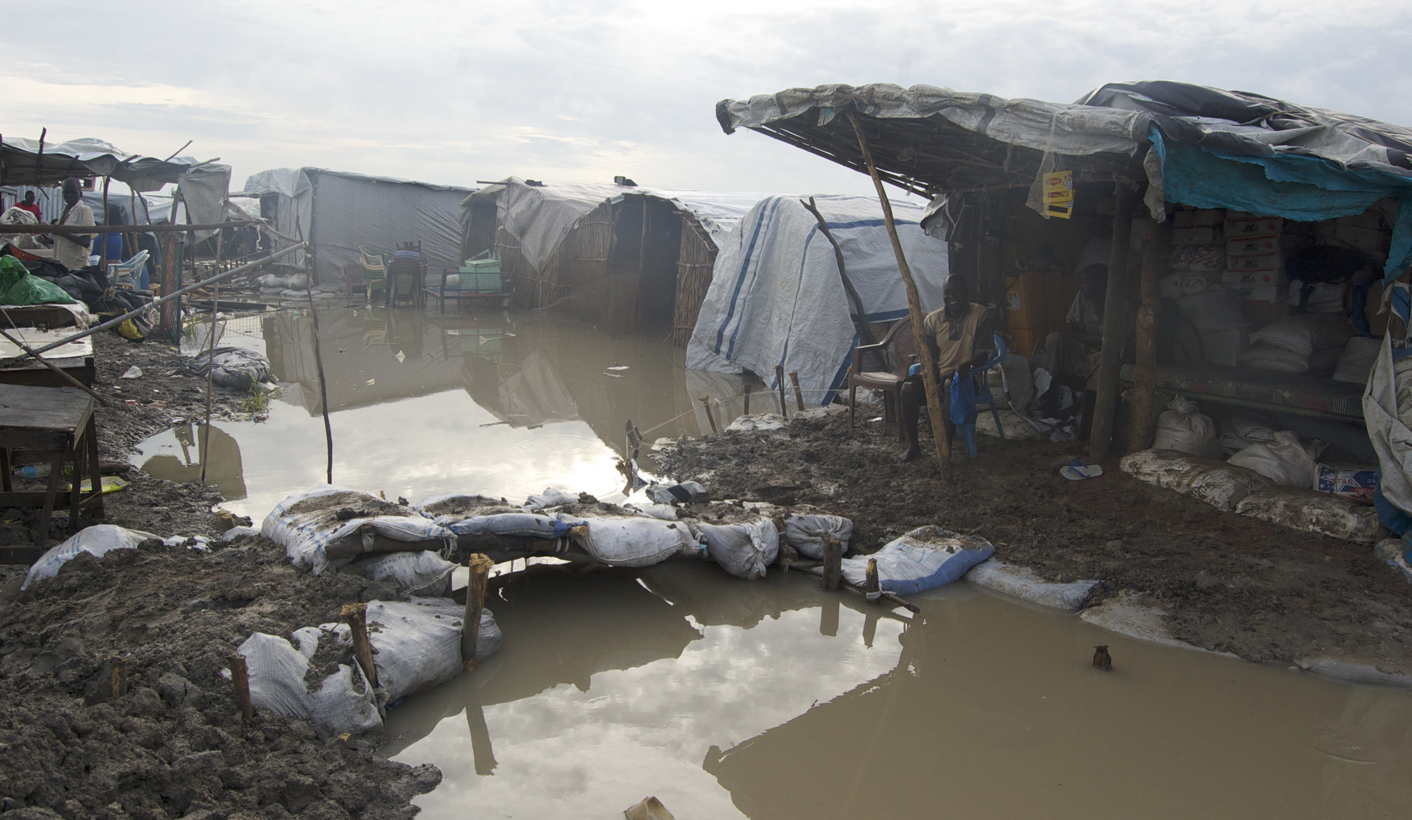 It has taken just three years to plunge the world’s newest nation into a humanitarian crisis which UNICEF AND WFP estimate could see some 50,000 children dying from malnutrition this year. By SUZANNE MARY BEUKES.

“We rebelled, we struggled, we fought, we conquered”. These are the words imprinted on the bright green t-shirt I bought in July 2011 from a budding entrepreneur in Juba who was capitalising on South Sudan’s newfound independence celebration. The streets of Juba were filled with wide-eyed enthusiasm of a country dancing to the beat of freedom after decades of war and turmoil. Like my newly-purchased t-shirt, the prospects of the country were bright and there was no shortage of opportunity knocking at the door: donors hoping to build the virtually non-existent social services and investors wanting to exploit the wealth of untapped resources. As a South African, this was the kind of jubilation I had witnessed before in my own country and I recognized the emerging narrative of Africa — the move from a desperate continent to one of prosperity and hope. All of this was being realized as the hardened journalists who had reported on years of conflict stood aside young aspirant reporters covering South Sudan’s independence in hot over-crowded stands filled with sweaty politicians, diplomats and influencers watching that bold flag climb up the flagpole to a brand new anthem being piped through trumpets overwhelming the murmur of an anthem still yet to be mastered.

At 5am on the 9th of July, the day of independence, a small group of us made our way to South Sudan’s only children’s hospital to meet some of the country’s first citizens. The morning light streamed through the small window into a dark room with a few beds occupied by newborns and their mothers. A tiny baby girl lay swaddled next to her young mother, Farida. This little person represented everything that is possible in country so new. Just a few hours into life on earth, she had not been given a name yet. But her mother smiled a giant smile describing how she proud she was to have her daughter born on such an auspicious day.

That was then. Returning to South Sudan now makes all that excitement a bitter pill to swallow. Months of violent conflict between government and opposition forces, concentrated in mainly three states, is behind a pending nutrition catastrophe which UNICEF and WFP say could lead to the deaths of 50 000 children this year. Most of these children will be around the age of Farida’s providential daughter – those born in freedom, the true South Sudanese generation.

This number is frightening for several reasons – the most significant is that so many babies and children should not die from not having enough to eat or from preventable diseases. When fighting broke out in Malakal, the capital of Upper Nile state, around 17,000 people took refuge in the UN Mission (UNMISS) compound. In Unity state, around 40,000 have sought safety in the Bentiu UNMISS compound. Tens of thousands of others remain unaccounted for, out in the bush. Now agencies like UNICEF and WFP must coordinate complex response missions to get basic supplies to these people, but ongoing tensions and fighting means that getting to affected areas is incredibly challenging.

Watch: “We are trying to help our people,” says South Sudanese doctor (Unicef)

Life in these compounds, known as Protection of Civilian camps, though, poses its own difficulties. It is the rainy season and the floors of Malakal and Bentiu POC camps are like clayey clogged drains. When people are not wading carefully in knee-deep water, they are slipping and squelching through the sticky and stinky mud. Yet each day more desperate, hungry people are arriving, willing to endure the flooding if it means their children will be safe from the violence.

But here the water, the overcrowding and the dire physical and emotional conditions people arrive in, mean other dangers lurk – diarrhea, cholera, and malnutrition.

In the Bentiu camp, a family is moving their home to higher and drier ground. The adults are carefully plucking the reeds that form the walls of their home and removing the plastic sheeting which is their roof. Two community volunteers, recruited to stave off malnutrition and educate people in the camp about good health and hygiene practices screen baby Nyagoanar for malnutrition and find she has diarrhoea. They give her mother Veronica Nyapar Kai Oral Rehydration Salts for her daughter and tell her to go to the Medecin Sans Frontier hospital if her condition doesn’t improve.

Photo: Bentiu camp, children are bearing the brunt of this crisis and UN says country will experience nutrition catastrophe which could see more than 50 000 children by the end of the year.

During the peak of the fighting in April, over 38,000 people streamed into this now swamplike mini-city. Aid workers struggled to cope with the massive influx of sick, malnourished and desperate people. At one dire point, 20 children under the age of five were dying every week from pneumonia, diarrhoea; all underpinned by malnutrition.

Fortunately this mortality rate has been halved, but humanitarian workers continue their tasks with muted satisfaction at this decrease because they know these children don’t need to die.

It starts to rain and Veronica is visibility distressed. She and her husband quickly pile their few possessions together and cover them with plastic sheeting. If Nyagoanar responds well to the treatment, she will still have to contend with the damp, cold, and rain, as well as the trauma of everything her family has been through.

The situation is unlikely to improve in the short term. A famine may be declared soon, and if it is, the world’s conscience will wail “not again”, but by then it will be too late for far too many children, who don’t need to die because of a man-made crisis.

Three years on, I wonder what my green South Sudan t-shirt would say now in 2014:

We are starving…” DM

Photo: A perverse version of Venus. This is Bentiu POC camp where over 40 000 people have sought refuge. its now the rainy season and everything is flooded. All manner or waterborne disease lurk here.