Op-Ed: Everybody, CALM DOWN! 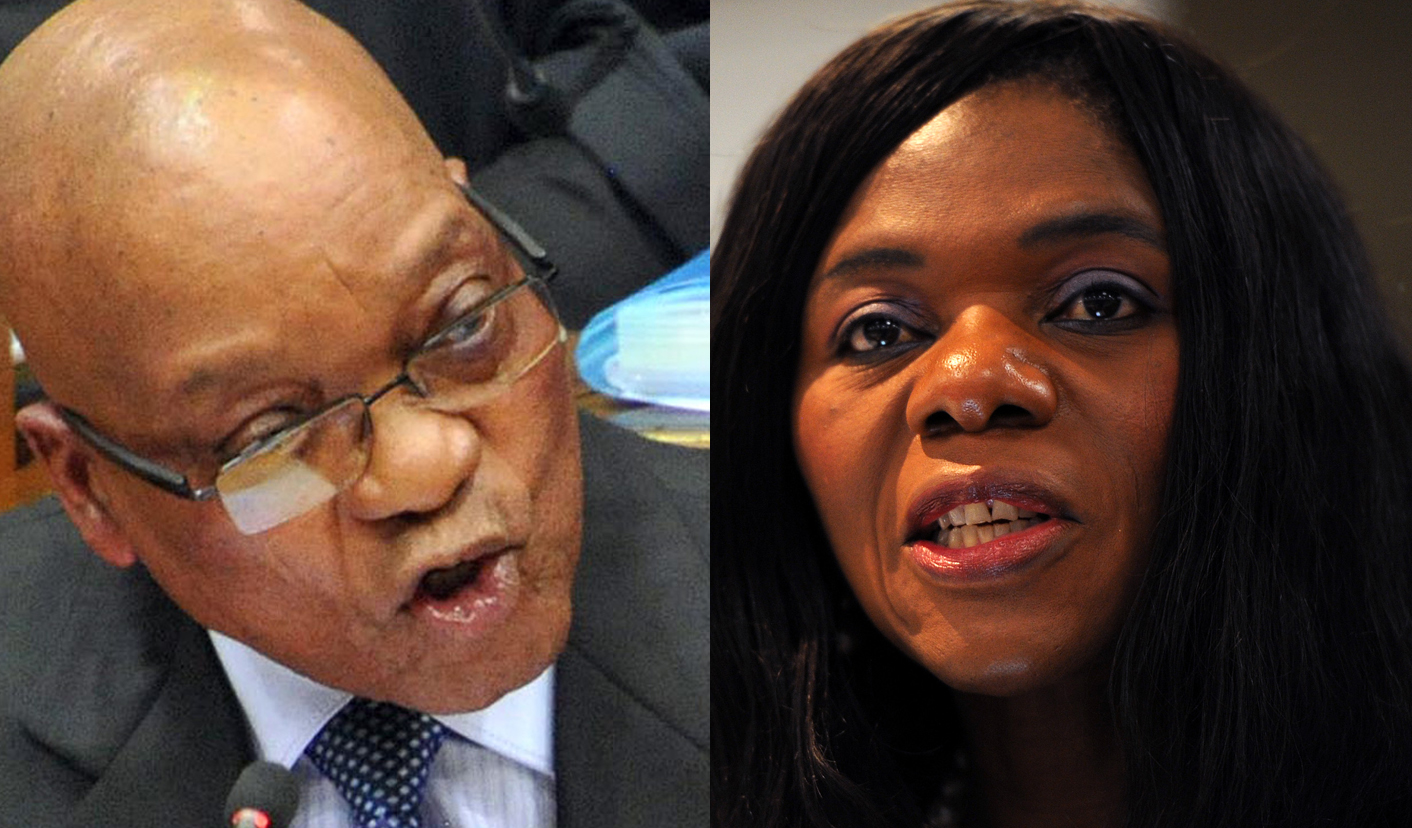 There have been so many media statements issued and news conferences held around the Nkandla scandal that nobody can keep count any more. But over the past 24 hours, the office of the Public Protector and the ANC have been bunkered down, exchanging an astonishing amount of accusations and insults. ALEX ELISEEV believes it’s time they got a courtroom.

On Monday morning, I trawled through my audio archives and plucked out a 15-second sound clip, which I had recorded in March this year. It was the exact moment Public Protector Thuli Madonsela told President Jacob Zuma to #PayBackTheMoney.

She had phrased it more delicately during that marathon media conference, but her message was clear. It was one of four actions she required Zuma to take following the release of her report into how almost a quarter of a billion rand had been blown on the private home of one individual.

The others, to refresh your memory, were to assess how much money Zuma should pay back (with the assistance of Treasury), to discipline his ministers and to give Parliament an explanation within 14 days.

The report, titled “Secure in Comfort”, was always going to cause havoc. Attempts by those protecting Zuma to bury it in a swamp of soul-destroying political obfuscation continue to this day. The president has, sort of, responded to Parliament but has tried to deflect the pain of the punch by sandwiching Madonsela’s findings between an internal (whitewash) report and the probe carried out by the Special Investigating Unit. He has also asked his Minister of Police to decide whether he needs to pay back anything and if so, how much.

Just days after the pandemonium in the National Assembly (caused by the ever-opportunistic Julius Malema and his red berets), news broke that Madonsela had written a letter to Zuma, demanding to know when he would actually be implementing the remedial action she ordered. The letter was clearly and strategically leaked by someone and landed on the front pages of both major Sunday newspapers.

The reaction was predictable and swift. The ANC issued a statement questioning Madonsela’s integrity, asking whether she is truly neutral and accusing her of having no faith in Parliament. Blade Nzimande sliced into the public protector, accusing her of much the same things. It was the usual evil conspiracy stuff from all the usual suspects.

The ANC questioning Madonsela’s integrity is kind of like an army trying to storm a castle by shooting elastic bands at stone walls. Or, as Ranjeni Munusamy phrased it: like Bafana Bafana trying to take on Germany with a square ball. (Yes, we know that a ball, by definition, can’t be square, but just enjoy the imagery).

Madonsela was only recently chosen as one of Time magazine’s most influential people in the world. As in the whole planet. And nobody really believes that Zuma didn’t know anything about the upgrades which were magically manifesting around his homestead. Not to mention that all of the scandals which have haunted him for years have suddenly reappeared.

In other words, Madonsela had the high ground in the battlefield of public opinion.

She didn’t really need to, but she responded to the ANC’s statement. Madonsela flagged a concern at the attacks which had been launched against her, reminded Zuma that he had failed to respond to her report and assured the nation that she was really not out to dismantle democracy.

Madonsela was absolutely right to write the ultimatum letter to Zuma and there was nothing wrong with her responding to the ANC’s attack, but she made one unfortunate mistake: she fed the trolls.

Right at the end, in the second last paragraph, she claimed that her letter was not leaked by her or her office but rather by a senior member of the ANC. She didn’t name this person, but the damage was done. Simply denying that it came from her camp would have been more than enough.

The ANC’s Zizi Kodwa bolted to his computer and issued a second statement, full of words like “preposterous” and “outrageous”. This time, the ruling party challenged Madonsela to reveal who this official was.

A short while later, the following tweet appeared on the Public Protector’s timeline: “@MyANC_ you may tell a lie many times it will not turn into truth. The truth is your member leaked the letter. That’s sad and dishonest.”

At the time of writing, the ANC was probably preparing a response on Twitter. Something along the lines of: “@PublicProtector you leaked it. Times infinity!”

Since this whole saga began, never have so many shots been fired in such a short period of time. And the sad part is that Madonsela really should not have lowered the drawbridge.

No sane South African believes that she is part of some dark plot against the president. Nobody questioned her decision to send Zuma an ultimatum, demanding that he account to his nation. But now the debate has shifted from accountability to who leaked the letter, which really doesn’t matter at all.

There has been a lot of discussion about whether Madonsela can turn to the courts to force Zuma to comply with her report. Law experts like Pierre de Vos believe that she can. Some respected political analysts say they are not so sure. But it now seems inevitable that this scandal is headed for the courts.

These are probably a unique set of circumstances: the president of a country accused of refusing to respond to a report by a Chapter 9 institution. And so, somewhere along the line, a court (possibly the highest in the land) will have to settle this dispute and set some precedents.

Until then, both sides would do well to avoid any more pointless punch-ups behind the school’s bicycle shed. DM