DA: The kids aren’t all right 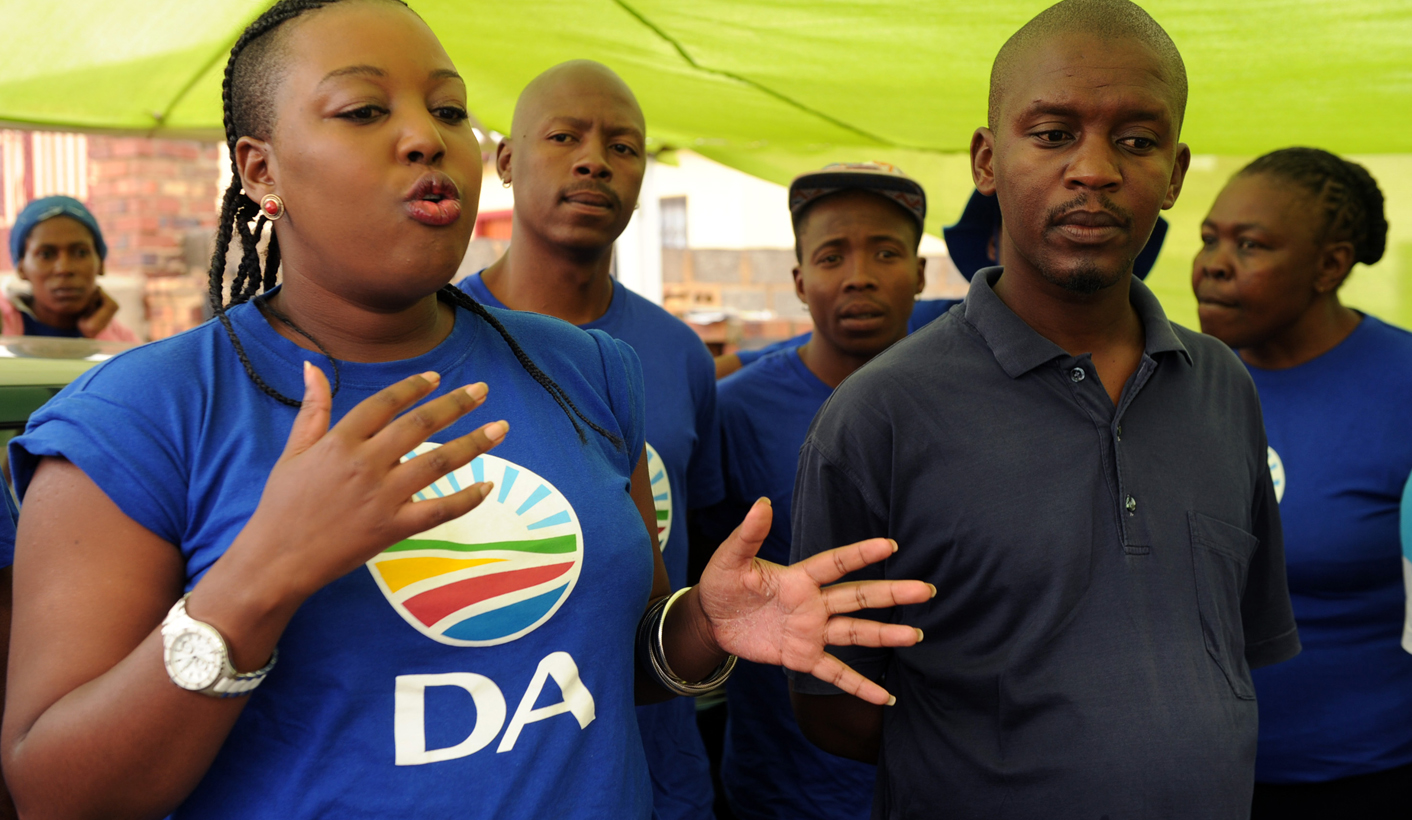 Something is amiss with the DA’s youth. Earlier this year, Lindiwe Mazibuko left her position as a Democratic Alliance (DA) leader. Now, one of the party's other most promising young leaders has resigned from her top post. GREG NICOLSON looks at the DA, its ability to promote talented young politicians, and its apparent struggle to keep them there.

It’s amazing that the accomplished Mbali Ntuli is only 26 years old. She comes across as trustworthy, congenial, and educated, and can speak across boundaries. As leader of DA Youth, a former eThekwini ward councillor and current MPL in the KwaZulu-Natal legislature, she is one of the country’s most well-known young politicians. Her story is hard to forget: her father founded the KwaZulu-Natal Taxi Association and she started her own taxi business to help her family survive when he passed away; head girl of her high school, she graduated from Rhodes and rose to prominence in politics through the DA young leaders programme as a young black woman while the party was challenging its public identity.

Ntuli represents the DA’s success in making young politicians household names as well as its struggle to keep them in leadership positions. Over the weekend it was confirmed that she resigned from her position as chairperson of DA Youth. She will now focus on building support in northern KZN’s Mkhanyakude, a constituency with no DA presence that she was allocated by the party.

In her resignation letter, Ntuli said she was proud of the work she’d done with DA Youth and was excited about the new opportunity. Speaking to Daily Maverick on Sunday evening, Ntuli, who had recently returned from the US after participating in President Obama’s Young African Leaders programme, said she was looking forward to being able to do other things; in particular, pushing youth and women empowerment.

But there are obvious questions surrounding her decision to resign as the party’s youth leader. The DA’s internal battles have made numerous headlines since the 7 May election. Also, its attempts to fight the perception that it’s a “white party” are constantly discussed in the media. When news broke of Ntuli’s resignation, comparisons were immediately drawn with Lindiwe Mazibuko’s decision to quit as parliamentary leader. Commentators claimed a toxic environment exists in the party. Denouncers claim there’s no space for critical black voices. Along with the likes of Mmusi Maimane, Makashule Gana and Phumzile van Damme, Mazibuko and Ntuli are the young leaders who have been changing the face of the party. They have also both had public disagreements with DA leader Helen Zille.

“I believe the youth of our party represent all that is good about the party and that it displays authentically the true diversity of South Africa,” Ntuli said in her resignation letter. She’s still part of the DA, remains positive about its future, and never thought about leaving the party, she said on Sunday.

Her letter continued, “I hope that my departure as Youth leader may act as a means for the new leadership to chart a new direction for the DA Youth. I also hope that the party will take time to introspect about the role the DA Youth could play in reaching the millions of young people still seeking a political home. To do so the DA Youth will need the full support of the party and a clearly defined role to play in challenging the narrative of the South African discourse, but also importantly the space to challenge the party and its direction. I believe the greatest legacy of the DA will be that of its nurturing of young talent and producing excellent political leaders.”

Ntuli said there were two reasons for her resignation. Firstly, building the DA in a large area where it has no presence is a massive task and she couldn’t have done justice to both roles at once. The second reason relates to the role and character of DA Youth within the party.

Reflecting on her leadership, Ntuli said it’s crucial the party rethinks the role of DA Youth and the DA Students Organisation so young people feel that they are a part of the party machinery. She said there needs to be a conversation about how to best take advantage of the ambitions and contributions of young people and ensure there is a clear direction for the youth organisations and a defined relationship with the mother body. To take advantage of youth involvement, the right structures and systems need to be in place as well as, of course, political backing within the party. The youth need input on the changing dynamics of politics and how to craft the DA as a real alternative to the ANC. “That’s what I’ve been pushing for,” said Ntuli.

As chairperson of DA Youth, she would seem the perfect person to put these issues on the agenda, but Ntuli suggested that the message might not be heard if it comes from her. Stepping aside may allow the discussion to continue. Asked whether personality conflicts are the problem – Zille and Ntuli’s disagreement over the decision to march to Luthuli House was widely reported – Ntuli said such disputes are part of party politics and secondary to the real issues. The structures have to be in place to ensure such problems don’t get in the way of the common goal.

The DA has consistently increased its vote in elections and looks well placed to rival the ANC in Johannesburg, Tshwane and Nelson Mandela Bay in the the 2016 municipal polls. The ruling party meanwhile remains plagued by allegations of corruption against President Zuma. But the DA’s advancement is hardly a given. Spurred by its decrease in the elections, the ANC is said to already be planning for 2016 and the DA also has to contend with the Economic Freedom Fighters who, despite their much smaller presence in Parliament, are dominating the headlines.

If the DA is going to continue to increase its vote and break through the glass ceiling some critics say exists for the party, it needs young leaders who will not only change the face of the DA but also ensure its values match those of the public. Ntuli is such a leader. The party needs more like her, and, equally importantly, it needs to keep them there. DM

Photo: Democratic Alliance Youth Leader Mbali Ntuli (L) speaks to the locals while visiting a car wash in Dube, Soweto on Wednesday, 9 April 2014 as part of a plan to support small businesses. With her is the owner of the car wash, Themba Ndlovu. Picture: Werner Beukes/SAPA