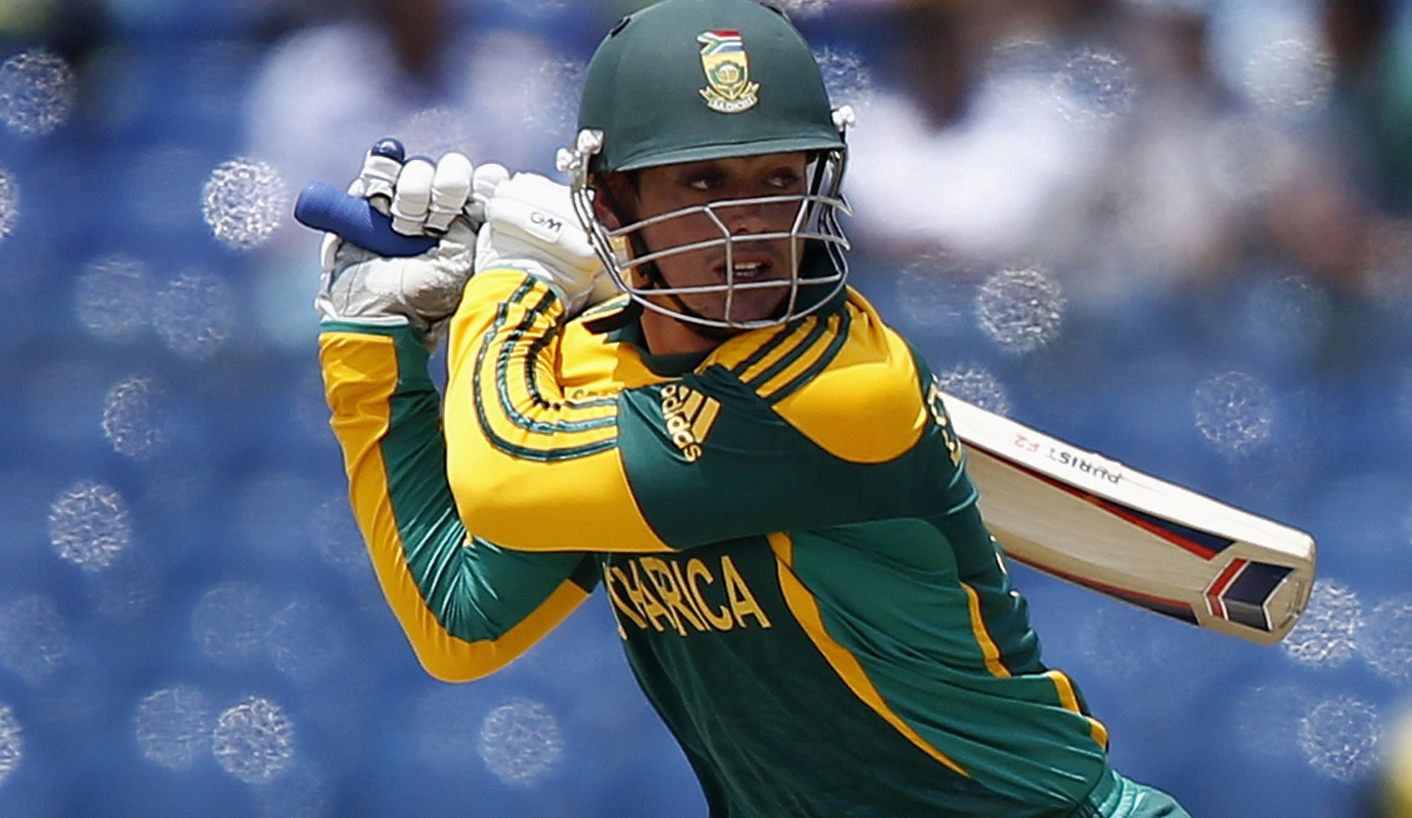 South Africa won their three-match ODI series against Zimbabwe 0-3 on Thursday, despite playing three relative rookies. They did their jobs aptly, but the player who stood out most was Quinton de Kock. BY ANTOINETTE MULLER.

South Africa completed a 3-0 series white-wash of Zimbabwe on Thursday with a seven-wicket win in the final ODI. Despite making three changes, including two new caps in the team and being without Hashim Amla and AB de Villiers, South Africa cruised to victory.

A return for Marchant de Lange and new caps for Mthokozisi Shezi and Rilee Rossouw underscored not only the depth of South Africa’s talent pool, but also that selectors are willing to be more progressive. While Zimbabwe have hardly been competitive in the limited overs series, caution has been the modus operandi of South Africa’s brains trust for a long time. Not so this time. De Lange’s return with three wickets for 31 and Shezi’s debut of one for eight was a great highlight for “weakened” South African team. Although the bowlers lacked the killer instinct when Zimbabwe were down to their last few men, they did enough to get the result they wanted.

The other debutant, Rossouw, was less fortunate. A foolish run out saw him dismissed after facing just one ball. That could be down to a bit of nerves and possibly being overwhelmed by the moment. He will get another opportunity at some point, although he will have to wait for it for some time. But the player who stood out most this series was Quinton de Kock.

Bagging the Man of the Match and Man of the Series awards, the left-hander was immense in the last three games. He topped the run-scoring charts for both sides with 185 runs at an average of 61.66. He also drew level with Sir Vivian Richards, Kevin Pietersen and Jonathan Trott as the fastest player to 1000 runs in one-day cricket. Of all those players, he’s the youngest to complete the feat.

The thing with that record is that, although De Kock does not possess the swagger of Richards or the destructiveness of Pietersen, he does have the same brand of “uniqueness”. When he was first cast into the international limelight, it was with trepidation. While he’d been a hit at Under-19 level and on the domestic circuit, international cricket at senior level is a different beast. His U-19s coach Ray Jennings sometimes let slip that De Kock can be somewhat lazy, often relying on natural talent rather than moulding that natural talent into something greater.

At age-group level and domestically, simply being very good at cricket will get you by. Internationally, it won’t work. De Kock realised that after flopping in his first seven ODIs. He looked completely at sea, especially against the spin in Sri Lanka. Following that trip, he asked for extra nets sessions from Geoffrey Toyana, his coach at the Lions franchise. From early in the morning to late in the afternoon, De Kock would practice getting to grips with playing spin.

Anyone who has interviewed the youngster will tell you the same thing: it’s a battle. He doesn’t really like talking about cricket, he rarely talks about those he looked up to or try to emulate. Whatever trepidation might have existed can now be put to bed for the time being. Against Sri Lanka last month, he corrected the wrongs which so plagued him in 2013 and scored his first international hundred in the country.

Since his return from Sri Lanka in 2013, he averages 63.53 and has scored five out of his five international hundreds. He has become a yin to Hashim Amla’s yan at the top of the South African order. And, on Thursday, even for a brief moment, he was the senior partner for the opening pair. He has shown that he can adapt and play it cool when needed, like he did in the Test against Zim. He has also shown that he has little regard for the conventional approach and isn’t afraid to take risks. Against better and stronger opposition, he could come off second best. Learning the value of his wicket is something he still needs to fully grasp, but he has all the essential ingredients to cook up a modern day enigma.

Players of De Kock’s talent are best when they are not saddled with constant expectation and when they are given the freedom to simply do what they want. It’s something Glenn Maxwell has done immensely well in the Indian Premier League. Records are great, sure, but remove that burden and players blossom into something truly special. De Kock, although aware of the numbers he’s racking up, cares little for them. When he’s asked how long he sees himself playing cricket, his answer is always “I haven’t even thought that far ahead”. In that, the freedom to simply express himself in the moment, lies his greatest strength and from there, his legend will be born. DM