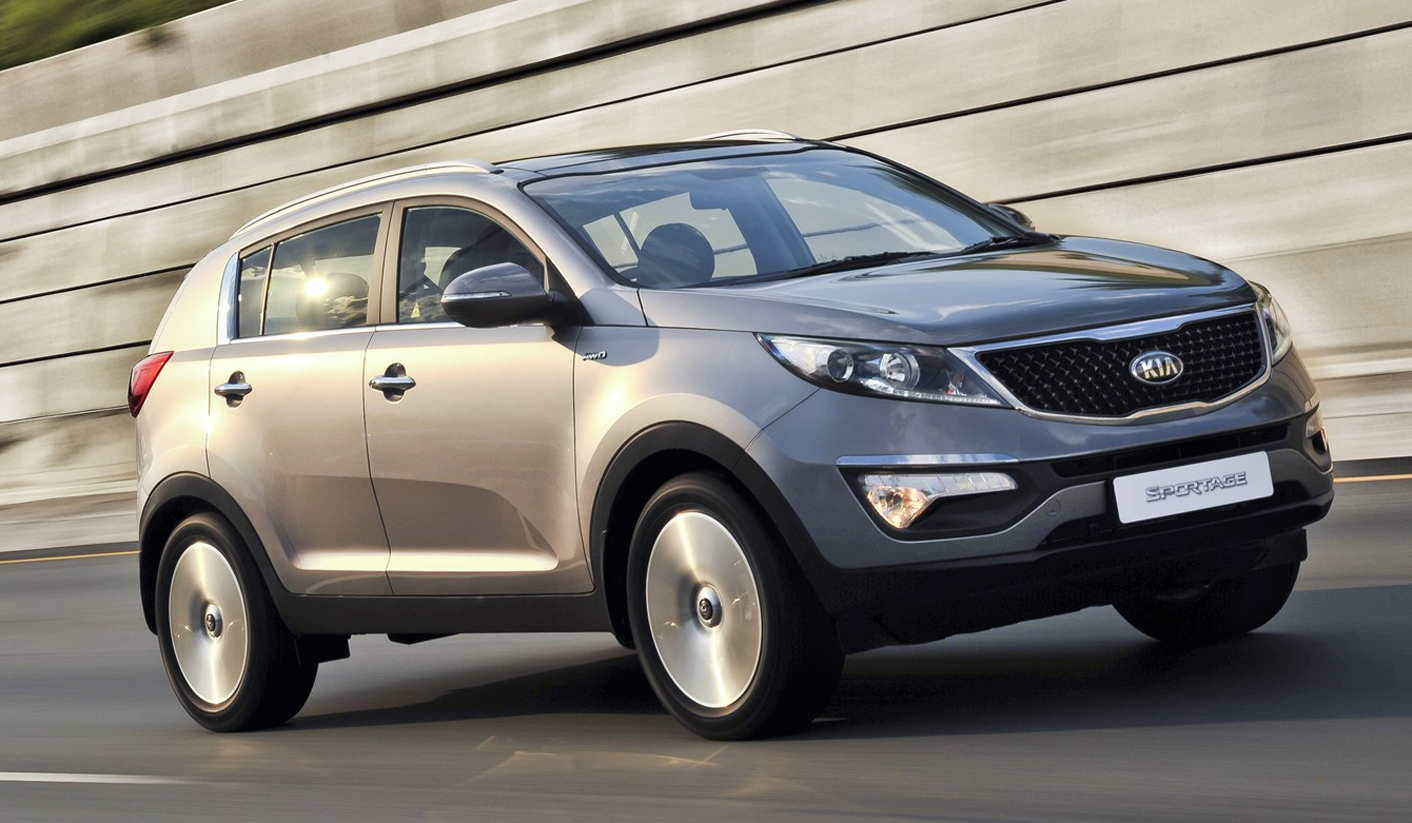 When Korean car maker Kia hired Peter Schreyer, and gave the affable, jazz-loving ex-Audi designer a clean sheet of paper, it changed the brand forever. Today’s Kias are sleek and sexy machines, with a distinctive brand identity. The vehicle that heralded the Schreyer revolution was the Kia Sportage. DEON SCHOEMAN drives the recently updated version.

It’s been just more than four years since I braved five lanes of traffic in downtown Seoul behind the wheel of what was then an all-new Kia Sportage SUV.

At the time, I predicted that the Sportage, with its clean, European styling and stylish cabin, would change perceptions about Kia, and about Korean cars in general, forever. Today, the Sportage is a top seller, and Korean cars are no longer considered inferior. Which brings us to this car: the freshly updated 2014 Kia Sportage.

There’s no real reason for Kia to update the Sportage. It’s been popular since launch, and has a long list of awards and accolades to its name. And yet, it seems that Kia wasn’t prepared to rest on its laurels – or, perhaps, more likely, it’s a mark of just how competitive the compact SUV segment really is.

Ironically, the mechanically identical Hyundai iX35, also recently updated, is one of the Sportage’s closest rivals. But perhaps more worrying from Kia’s perspective is the arrival of an all-new Nissan Qashqai, which represents a huge improvement compared to its predecessor. And let’s not forget the evergreen Toyota RAV4, and Ford’s feisty Kuga, which is selling like hot cakes.

Against that backdrop, the decision to update the Sportage doesn’t seem to be so gratuitous, after all. But the big question is whether the new version offers any real benefits, or whether it’s really just a case of window dressing.

Well, while most of the changes are subtle, the combined effect is significant. The exterior changes are mostly to the front, which boasts a new grille, new fog lights and a different bumper. There are new tail light clusters at the rear, while the wheel designs have also been updated.

The changes to the cabin are focussed on providing a more inviting, more upmarket motoring experience, thanks to enhanced materials and finishes, but frankly, you’ll need to be a bit of Sportage fundi to spot the differences.

However the all-wheel drive models get a revised centre stack with a larger TFT touch-screen for the infotainment system, while a high-quality Infinity sound system is standard, too.

Being an SUV, versatility and practicality are also key attributes of this latest Sportage. The boot is generous, and the split rear seat folds flat in stages to create various cargo and seating combinations. As for safety, the Sportage comes with dual front, side and curtain airbags, ABS brakes and electronic stability control.

Some of the updates to the 2014 Kia Sportage are under the skin. For instance, to improve refinement and reduce noise, the SUV gets an acoustic windscreen which reduces wind noise, while the new suspension and transmission mountings reduce vibration.

This top-of-the-range Sportage is powered by a two-litre turbodiesel engine with a maximum power rating of 130kW, and a torque peak of 382Nm from just 1,800rpm. All-wheel drive is standard, using a multiplate centre clutch to distribute power between the front and rear axles. The gearbox is a six-speed automatic with sequential manual override.

As those power and torque figures show, the turbodiesel engine is a frisky unit, and it pulls like the proverbial steam train from the word go. In-gear tractability is excellent, and there’s enough midrange punch to make kick-down downshifts unnecessary.

As for the performance stats, the Sportage covers the zero-to-100km/h sprint in 9.8 seconds, which is sprightly enough for a turbo-diesel 4×4 weighing in at 1.6 tons. Top speed is a decent 195km/h.

The handling is surefooted, on tar and gravel, with a tendency to understeer into the tight when under duress. The all-wheel drive works well on dirt, but given the absence of low range, this is very much a soft-roader.

Still, the Kia will go many places normal cars can’t or won’t, with its raised ride height providing ample clearance, and the relatively short front and rear overhangs also contributing to an inherent nimbleness in the rougher stuff.

It’s the Sportage’s ability to swap tar for gravel at will and to traverse potholed tar with less trepidation than in a passenger car that is one of the SUV’s key attractions – although it has to be said that those 18-inch wheels and low-profile rubber are better suited to tar than dirt.

Kia South Africa says the Sportage is one of its best sellers, and despite the tough competition in the compact SUV segment, combined with lower demand for new vehicles, this updated version should be equally popular. However, the R425 000 price tag is on the steep side, so for R50 000 less, the two-wheel drive, manual-gearbox CRDi model is arguably the better buy. DM