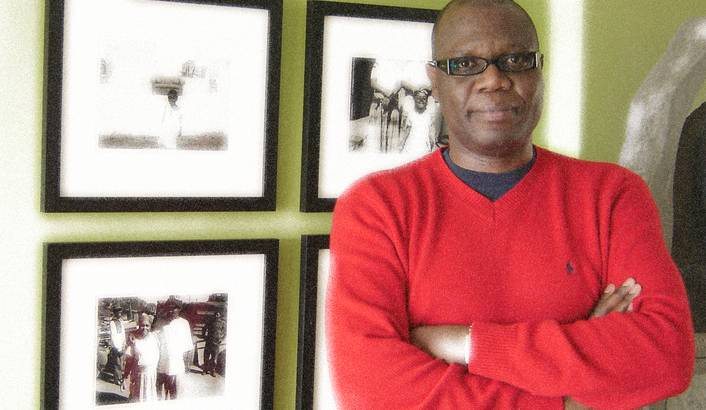 As the Oscar Pistorius trial winds to a close, a Special Assignment documentary on Sunday night was a reminder of another South African murder case involving a high-profile man which has consistently failed to win a similar degree of media attention – or outrage. When artist Zwelethu Mthethwa goes to trial in November, will we see crowds, cameras and the ANC Women’s League? Or does nobody care very much when the accused is an artist – and the victim is a sex-worker? By REBECCA DAVIS.

“How does one even begin to tell her story when there isn’t even a photograph to give a face to her name?”

This was the question posed by Special Assignment’s Hazel Friedman, investigating the murder of 23-year-old Nokuphila Kumalo, also known as “Ntombi”. Kumalo was beaten and kicked to death in the Cape Town suburb of Woodstock, in the early hours of 14 April last year.

The man arrested for her murder was South African artist and photographer Zwelethu Mthethwa, whose artworks and photographs have earned him international acclaim and solo exhibitions in some of the world’s most prestigious galleries. He is currently out on R100,000 bail. Until his trial begins, we have no way of knowing the full story that will come to light. But if prosecutors are to be believed, the evidence against Mthethwa is exceptionally damning.

The evidence apparently includes CCTV footage which implicates Mthethwa in the attack, as well as a tracking device in Mthethwa’s car which shows that he drove to Woodstock at the time of the attack. There were also allegedly eye-witnesses.

Despite the apparent strength of the case against him, there is little sign that Mthethwa is experiencing the opprobrium of his art world connections. Mthethwa is still listed prominently on the Everard Read gallery website as one of their most significant artists, as well as on the website of his agents Brundyn+. Both sites include biographies of the artist, which make no mention of his murder charge.

The Daily Maverick contacted the Everard Read gallery on Monday to ask under what circumstances they would stop promoting Mthethwa’s work, but did not receive a response.

By contrast, it is worth remembering the speed with which Oscar Pistorius’s sponsors hastened to offload the athlete after his arrest for murder.

“I’d advise a client associated with anyone facing serious charges to – at the minimum – apply some reasonable distancing until the court pronounces,” reputations management specialist Nick Clelland told the Daily Maverick. “This would ordinarily include suspending a relationship until the matter is resolved, or, if relevant, placing that person on special leave.”

Yet these precautions don’t seem to apply in the art world – and perhaps there’s a crass financial motivation. In May this year The Times reported two South African art specialists as saying that the value of Mthethwa’s work would not be negatively impacted by the murder charge, and might even rise.

“I don’t believe that the trial will necessarily have any negative effects on Zwelethu’s market,” the newspaper quoted Ruarc Petters as saying. Petters likened Mthethwa to Renaissance painter Caravaggio, who had to flee Rome after killing a man in a brawl.

Art auctioneer Stephan Welz, meanwhile, was quoted as speculating optimistically about the artist’s potential prison output: “If Zwelethu does go to prison he might produce something really interesting”. Welz later apologised, saying that “under no circumstances do I or any of my colleagues at Strauss & Co condone the actions of which Zwelethu Mthethwa has been accused”.

The question of whether artists should be held to different standards of morality than the rest of us might seem absurd, were it not the case that this does seem to happen all the time. Indeed, a criminal background sometimes seems to actually enhance an artist’s reputation, adding to public fascination with the romantic idea of a wild, unpredictable artistic temperament. South African author Herman Charles Bosman is today hailed as one of the country’s finest short story writers, with nobody troubling too much over his conviction for the murder of his stepbrother in 1926. His resulting prison memoir – “Cold Stone Jug” – is celebrated as one of his most exceptional efforts.

At most, we are frequently urged to separate the artist from their work. This is an argument often marshalled by admirers of the work of director Roman Polanski, who pleaded guilty to the sexual assault of a 13-year-old in 1977, and more recently Woody Allen, around whom questions still swirl regarding the possible sexual abuse of his adopted daughter. There are countless other examples throughout history; composer Wagner was a notorious anti-Semite, as was poet Ezra Pound. Can we enjoy their work without moral stirrings as to their objectionable extra-curricular beliefs or activities?

Similarly, can we continue to celebrate, buy and sell the art of Zwelethu Mthethwa – praised for “[challenging] conventional ideas of the black subject as a ground-down, dispossessed, disempowered and abject figure” – if he is found guilty of stomping a poor black woman to death?

Yet the aspect of the Mthethwa case which is likely to have a far greater impact on public perception than the accused being an artist is the fact that the victim was a sex worker.

“Certain people’s lives are worth more than others,” Cherith Sanger, advocacy manager of sex workers’ rights group SWEAT, told the Daily Maverick on Monday. “Sex workers are marginalised, treated as second-class citizens and subjected to high levels of stigma and discrimination even at the level of law enforcement.”

Special Assignment’s investigation into Nokuphila ‘Ntombi’ Kumalo found that she was a lively young woman from Kimberley. She had three brothers. After her father – a prison warden – abandoned the family, they moved to Gugulethu, in Cape Town. Ntombi’s mother worked at famous local shebeen Mzoli’s, which Mthethwa reportedly frequented.

A teacher of Ntombi’s told Special Assignment: “She was good. She was active, good in netball. Good in athletics, also liked dancing. You know, she was active.”

Her mother, Eva, said Ntombi originally wanted to be a social worker. Ntombi’s friend Cleo told the camera that the two of them hoped to be dancers. “But we couldn’t, here in the location.”

They fell into a life of drugs and sex work. “She got tiny and was scared to go home, because friends were going to gossip about her, saying she got Aids, blah blah blah,” Cleo said. In reality, it appears that Ntombi had TB, but returned to the streets.

In the wake of Ntombi’s murder, Sanger says SWEAT has observed a “definite” increase in fear among sex workers, evidenced in a greater number of calls to SWEAT’s sex worker helpline. SWEAT is working on an SMS service to communicate safety and advice, as well as potentially hosting some self defence classes with sex workers.

Sanger says that SWEAT’s research shows that most sex workers have experienced ill treatment at the hands of the police. They are less likely to report crimes against them partly out of fear because of the ongoing criminalisation of sex work, and partly because they have simply lost faith in the criminal justice system’s willingness or ability to protect their rights. If sex work were to be de-criminalised in South Africa, SWEAT hopes that there would be an increase in reporting of crimes against sex workers.

“As it stands, there is the feeling of not being fully accepted as citizens of South Africa,” Sanger says.

Mthethwa is due back in court on 10 November. Sanger, herself an attorney, says that she believes that the evidence against him is of a “high standard”. If a plea bargain is put on the table, she says SWEAT will oppose it strongly.

Ntombi was laid to rest in her hometown of Kimberley on 5 June last year. Her mother Eva told Special Assignment she had no revenge in her heart for Mthethwa.

There are no photographs in circulation of Ntombi. She was not one of the “ground-down, dispossessed, disempowered” subjects whom Mthethwa imbued with dignity and grace in his photographic work.

What did she look like? journalist Friedman asked her mother.

“Ntombi was coffee colour, with a beautiful nose,” Eva replied. “Her father’s nose. And my ears.” DM