South Sudan and Somalia: A Tale of Two Famines 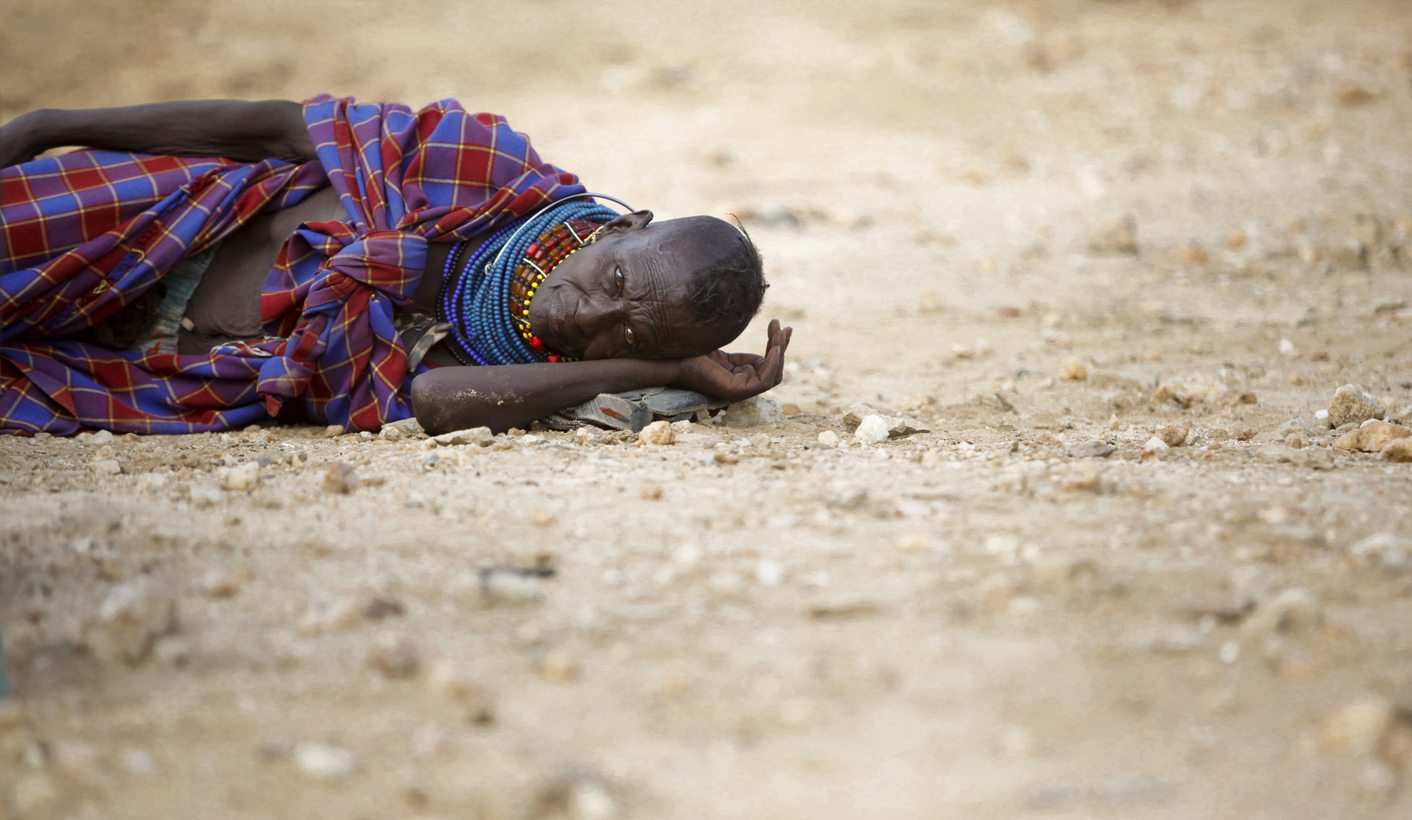 Both South Sudan and Somalia are hurtling towards a devastating famine that will, once again, decimate their already-vulnerable populations. Humanitarian organisations are calling for immediate action, but is it already too late? And does anybody care? By SIMON ALLISON.

The country is divided into Al Shabaab territory, semi- or fully-autonomous regions of wildly varying efficiency, and government areas controlled by a substantial force of African Union peacekeepers (Amisom). The conflict between Al Shabaab and Amisom rages on, with Al Shabaab specialising in destabilising hit-and-run attacks and Amisom preparing another major offensive against the Islamist militants. Meanwhile, the rains have stopped – Somalia is already in the middle of a fully-fledged drought. And this, right now, is Somalia’s most pressing problem.

“Drought has already reached several regions in Somalia,” said the slightly panicked government in a statement, adding that the situation will continue to deteriorate. “All members of parliament are calling on the international community and the United Nations to assist…to prevent the return of the deadly humanitarian crisis of the 2011 famine.”

That’s right: Somalia has been in this situation before. In 2011, a similar confluence of bad governance and bad fortune led to a famine that killed nearly 260,000 people, or 2.5% of the entire population. Of the dead, more than half were children.

“Only years after this famine where basically we said ‘never again’, a crisis is unfolding in front of us,” said Philippe Lazzarini, the UN humanitarian coordinator for Somalia. Lazzarini warned that, once again, famine was fast approaching. “It would just be morally difficult to justify and to accept that a new crisis of this scope could unfold,” he said.

The UN has not yet officially declared a famine, but most analysts seem to think it’s only a matter of time. Not that the label is particularly important. In 2011, at least half the deaths occurred before the famine was officially described as such. Nonetheless, the designation is important in terms of mobilising the desperately-needed international response. There is still a chance that a swift influx of skills and supplies could prevent a repeat of 2011, but only if foreign donors provide the cash – nearly a billion dollars’ worth.

Donors, however, have rather a lot on their plates at the moment. Conflicts in Syria, Iraq, Gaza and the Central African Republic have stretched aid budgets to breaking point. Who will find hundreds of millions of dollars more for Somalia?

And Somalia is not even the only African country on the brink of a famine this year. South Sudan, too, is at risk, facing a humanitarian crisis entirely of its own making.

Unlike Somalia, South Sudan is lush and fertile, and gets plenty of rain. Before the current bout of infighting, South Sudan’s government was targeting agriculture as a potential driver of the development in Africa’s newest country. Officials described it as the potential “bread basket” of east Africa.

But South Sudan’s farmers will not be reaping bountiful harvests this year. When tensions between President Salva Kiir and his deputy Riek Machar spilled into open warfare, much of it with ugly tribal dimensions, South Sudanese were forced to flee from the fighting. As many as 1.5 million people were displaced, none of whom were able to plant the subsistence crops that provide the bulk of the country’s food. And now that the rainy season is in full swing, it’s too late to plant anything anyway.

Once again, the UN is sounding the warning, describing it as a “catastrophic food insecurity situation” that “is now the worst in the world”. And again, money is urgently required from donors (some which has already been pledged, but not delivered) to pay for food drops and medical assistance. However, it might already be too late. Much of the country is impassable during the rainy season, and the fighting prevented humanitarian organisations from stockpiling supplies in advance. Just getting the food to the affected areas is an extraordinary logistical challenge, not helped by the poor condition of most of South Sudan’s airstrips.

In terms of the sheer number of potential lives lost, the twin threats of famine in Somalia and South Sudan are surely the most pressing human security issue currently facing the African continent. Yet currently both are overshadowed in the headlines by the Ebola outbreak in West Africa, which has so far claimed just under one thousand lives.

As the Daily Maverick has argued before, the real perpetrator of the Ebola scare is not the disease itself, but the entirely dysfunctional governments and public health systems of the countries in which it is spreading. A similar argument can surely be applied to Somalia and South Sudan – with an even half-way functional government, would either of these countries be on the brink of famine? DM

Photo: An ethnic Turkana woman lays on the ground as she waits to receive medical treatment at a health post in Makutano, near Kakuma refugee camp, Turkana District, northwestern Kenya, 08 August 2011. EPA/DAI KUROKAWA