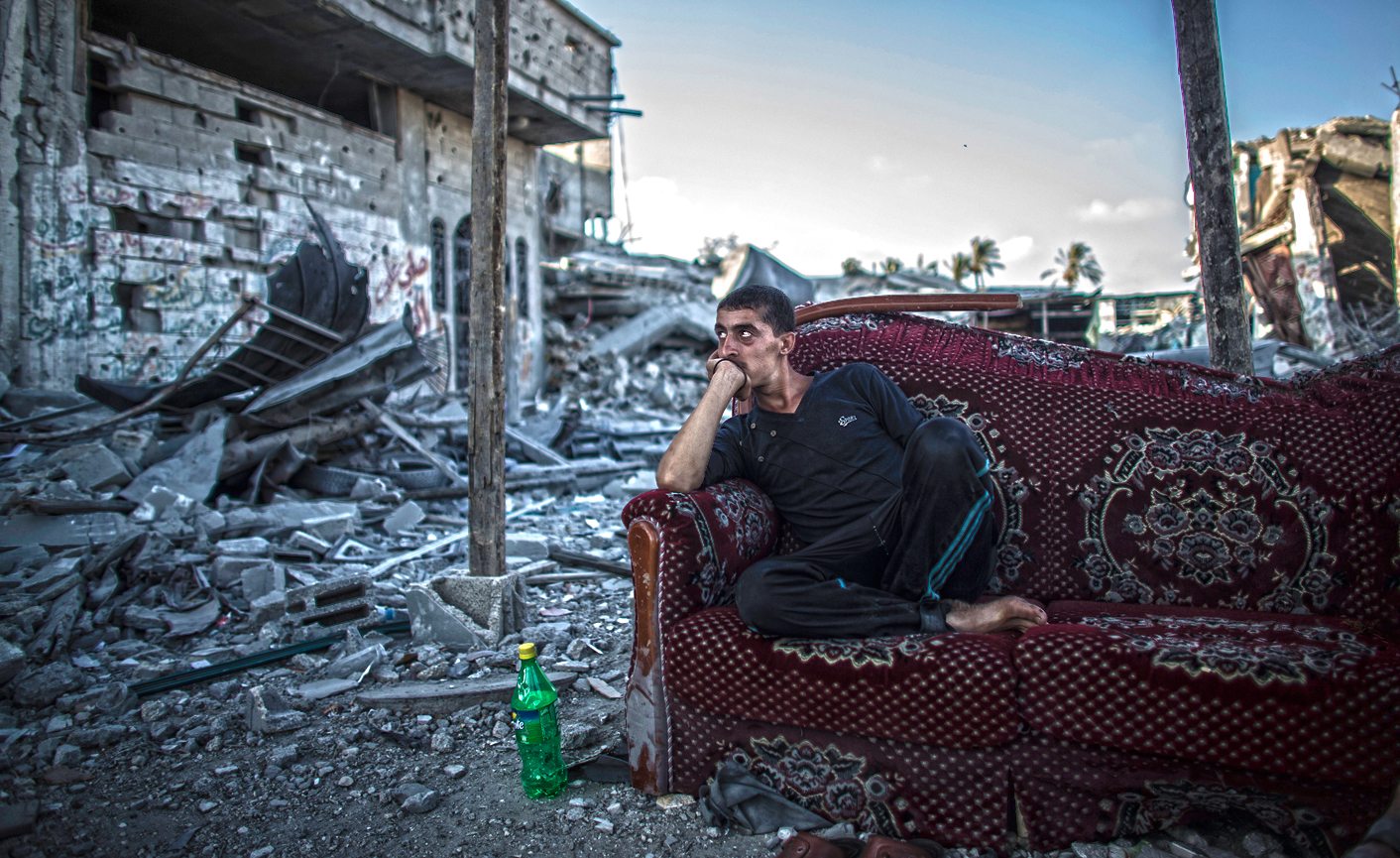 A 72-hour Gaza truce held through its second day on Wednesday and Israel said it was ready to extend the deal as Egyptian mediators pursued talks with Israelis and Palestinians on an enduring end to a war that devastated the Hamas-ruled enclave. By Nidal al-Mughrabi and Yasmine Saleh for Reuters.

“The indirect talks between the Palestinians and Israelis are moving forward,” one Egyptian official said, making clear that the opposing sides were not meeting face to face. “It is still too early to talk about outcomes but we are optimistic.”

Egyptian Foreign Minister Sameh Shukri told reporters his country was working hard for a deal and sought “solutions to protect the Palestinian people and their interests”.

An Israeli official said Israel “has expressed its readiness to extend the truce under its current terms” beyond a Friday deadline for the three-day deal that took effect on Tuesday.

A senior Hamas political leader based in Cairo, Moussa Abu Marzouk, said on Twitter late on Wednesday night that “there is no agreement” to prolong the ceasefire.

“Extending the 72-hour calm for another period was not discussed (with Hamas in Cairo today),” said Sami Abu Zuhri, the Hamas spokesman in Gaza.

Earlier a senior official with the Islamist movement’s armed wing threatened to quit the talks without progress towards achieving its demands to lift a Gaza blockade and free prisoners held by Israel.

“Unless the conditions of the resistance are met, the negotiating team will withdraw from Cairoand then it will be up to the resistance in the field,” a senior commander of the armed wing told Reuters, speaking on condition of anonymity.

Israel’s armed forces chief, Lieutenant-General Benny Gantz, said in televised remarks that should Hamas disrupt the calm, “we will not hesitate to continue to use our force wherever necessary and with whatever force necessary to ensure the security of Israeli citizens near and far.”

Israel withdrew ground forces from tiny, densely populated Gaza on Tuesday morning and started a 72-hour, Egyptian-brokered ceasefire with Hamas as a first step towards a long-term deal.

It showed signs of expecting the truce to last by lifting official emergency restrictions on civilians living in Israel’s south near Gaza, permitting more public activities and urging everyone to resume their routines.

Streets in towns in southern Israel, which had been under daily rocket fire from the Gaza Strip, were filled again with playing children. The military said that two rocket-warning sirens sounded in the south proved to be false alarms.

In Gaza, where some half-million people have been displaced by a month of bloodshed, some residents left U.N. shelters to trek back to neighbourhoods where whole blocks have been destroyed by Israeli shelling and the smell of decomposing bodies fouls the air.

Palestinians want an end to the Israeli-Egyptian blockade on impoverished Gaza and the release of prisoners, including those Israel arrested in a June crackdown in the occupied West Bank after three Jewish seminary students were kidnapped and killed.

Israel has resisted those demands.

“For Israel the most important issue is the issue of demilitarisation. We must prevent Hamasfrom rearming, we must demilitarise the Gaza Strip,” Mark Regev, a spokesman for Prime Minister Benjamin Netanyahu, told Reuters television.

Frank Lowenstein, the U.S. special envoy to the talks, has arrived in Cairo as well, a State Department spokesman said.

U.S. Secretary of State John Kerry, in an interview on the BBC’s HARDtalk programme, also spoke of a need for Hamas to decommission its rocket arsenal.

“What we want to do is support the Palestinians and their desire to improve their lives and to be able to open crossings and get food in and reconstruct and have greater freedom,” Kerry said. “But that has to come with a greater responsibility towards Israel, which means giving up rockets, moving into a different plane.”

Kerry said, however, that all this would “finally come together” as part of wider Israeli-Palestinian peacemaking.

He has spearheaded such peace efforts but they collapsed in April over Israeli opposition to a unity deal between Hamas and the Fatah-led Palestine Liberation Organization and over Israel’s reneging on a pledge to free further Palestinian prisoners.

Netanyahu welcomed Kerry’s remarks, calling them “very important”. He also told reporters inJerusalem he saw a chance for “important parties in the Middle East to be able to fashion a new reality” he thought might yield a “sustainable peace or at least a sustainable quiet that can lead to other things”.

Netanyahu also saw a role for Abbas in a post-war Gaza, answering when asked about it that “we have cooperated and are cooperating with the Palestinian Authority” about the issue.

Hamas, a powerful rival to the Palestinian Authority and in control of Gaza since 2007, has ruled out giving up its weapons.

An Israeli official who declined to be identified said Israel wanted humanitarian aid to flow to the Palestinian enclave’s 1.8 million inhabitants as soon as possible.

But, the official said, the import of cement – vital for reconstruction – would depend on achieving guarantees that it would not be used by militants to construct more infiltration tunnels leading intoIsrael and other fortifications.

Gaza officials say the war has killed 1,874 Palestinians, most of them civilians. Israel says 64 of its soldiers and three civilians have been killed since fighting began on July 8, after a surge in Palestinian rocket salvoes into Israel.

An Israeli opinion poll, conducted after the ceasefire went into effect, said Israelis, while not regarding the Gaza war as a victory for their country’s powerful military, remained highly supportive of Netanyahu.

According to Haaretz newspaper poll, 51 percent of those surveyed said neither side won and 36 percent believe Israel emerged victorious. Six percent said Hamas was the victor.

Of the 442 people who took part in the poll, 77 percent described the right-wing prime minister’s performance during the war as excellent or good.

Efforts to turn the ceasefire into a lasting truce could prove difficult, with the sides far apart on their central demands, and each rejecting the other’s legitimacy. Hamas rejects Israel’s existence and vows to destroy it, while Israel denounces Hamas as a terrorist group and eschews any contact.

Egypt has positioned itself as a mediator in successive Gaza conflicts but, like Israel, its current administration views Hamas as a security threat.

Besides the loss of life, the war has cost both sides economically. Gaza faces a massive $6 billion price tag to rebuild devastated infrastructure. Israel has lost hundreds of millions of dollars in tourism and other sectors and fears cuts in overall economic growth this year as well. DM

Photo: A Palestinian sits on a salvaged sofa outside his destroyed home in the Shujaiya neighbourhood, east Gaza City, 06 August 2014. EPA/OLIVER WEIKEN