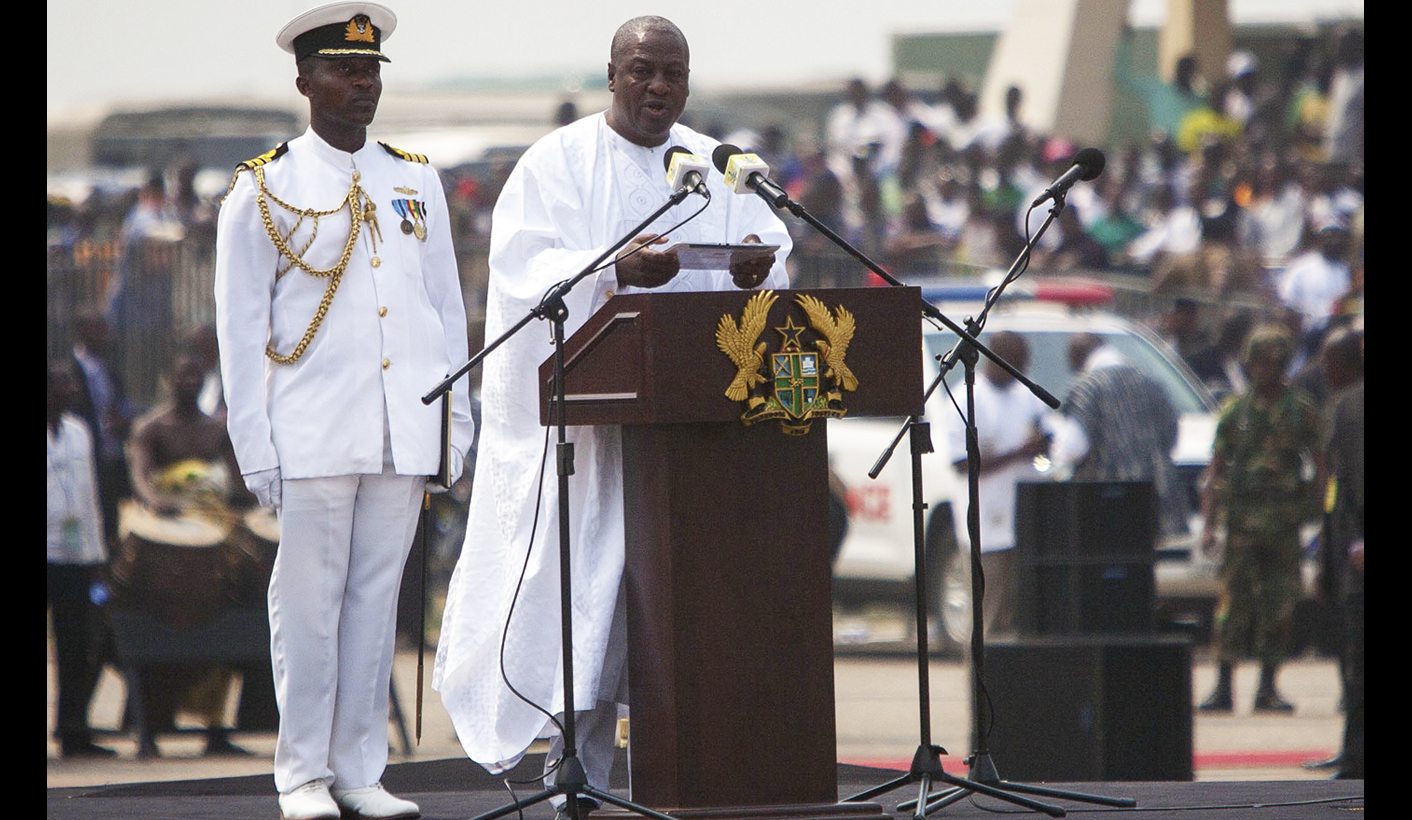 It’s not always easy to point to an African country that’s getting it all right, with one notable exception – Ghana, the thriving West African democracy that has also been developing at a phenomenal pace. But with the Ghanaian economy in freefall, even this role model must now come with big caveats. By SIMON ALLISON.

The African role models for African progress, such as they are, tend to be split into two main camps: the democrats and the developers.

The democrats are countries with vibrant, thriving democracies and a basic respect for civil rights and liberties – imperfect, sure, but certainly progressive in relation to their authoritarian neighbours and, usually, their authoritarian pasts. Think Senegal, or Tanzania. These are countries where political space exists, where media is not entirely state-controlled and where civil society is free to play an active role in development. These political rights don’t usually translate into particularly impressive economic growth, however; democracy is not necessarily a spur to socio-economic progress.

On the other hand there are the developers, the countries that prioritise education, health and poverty relief over indulgences such as freedom of speech and assembly. The poster child for this ‘benevolent dictatorship’ approach is Rwanda, a country whose genocidal past is used to justify tight state control over all media, civil society and opposition groups, but whose economic growth over the last two decades has put the rest of the continent to shame. Also favouring this model is Ethiopia, which is one of the fastest growing economies in Africa (particularly impressive because this growth is not all resource-driven), but also one of the worst countries on the continent to be a journalist or a critic of the ruling party – in truth, benevolent dictatorships rarely deserve the adjective.

This dichotomy illustrates the hard decisions faced by many African leaders. It seems to come down to a choice between political rights on the one hand and socio-economic rights on the other. The prevailing wisdom, based on Africa’s track record over the last few decades, suggests that implementing both sets of rights at the same time is impossible.

Which brings us to Ghana. This is one of Africa’s strongest democracies, boasting a vociferous media, an active civil society and politicians who gracefully step aside after losing elections. It has also been one of the continent’s strongest economies. Between 2007 and 2012 Ghana recorded five straight years of more than 8% GDP growth, despite the global recession. Again, this growth was not a resource boom (oil reserves were only just coming on tap) but was largely driven by gains in industry and the service sector.

At the same time, the Ibrahim Index of African Governance showed steady improvements for Ghana in the Human Development category, which measures state provision of health, education and welfare.

Ghana, almost alone in Africa, was an example that it is possible to implement both socio-economic rights and political rights (the other example of this is South Africa, but South Africa’s unique history and vast wealth inequality makes it something of an outlier).

Over the last year or two, that promising economy has been in freefall. “Once a model for Africa, Ghana’s economy loses its shine,” exclaimed Reuters in a recent headline, pointing to the country’s nearly 15% inflation rate. Other statistics aren’t much better: There’s a budget deficit of over 10% of GDP, the Cedi has depreciated by 40% against the dollar in 2014 alone and growth has stalled to just 4.4%.

In fact, things have got so bad that Ghana has turned to the International Monetary Fund for help. On Friday, President John Dramani Mahama authorised his government to start negotiating with the Fund for a bailout which they hope will stabilise the Cedi and restore investor confidence. This is an abrupt about-turn from the president, who has been insisting for months that Ghana doesn’t need any help; it is an indication of just how bad things have become on his watch (The IMF and Ghana have a bit of history. In 1983, Ghana accepted IMF and World Bank assistance in the form of the controversial Structural Adjustment Program, which forced participating economies to liberalise their markets with unseemly haste).

There are a few factors underpinning Ghana’s economic malaise. It hasn’t helped that the international gold price has dropped recently, or that those new oil wells haven’t been producing quite as much as hoped. Also problematic is the country’s bloated civil services, an extensive subsidy program and general over-spending from the government.

Whatever the reason, Ghana’s economic problems should worry all of us who believe that economic development and political freedoms should go hand in hand. If not even Ghana can pull it off, then who can? DM