Ebola: The disease is not the real problem 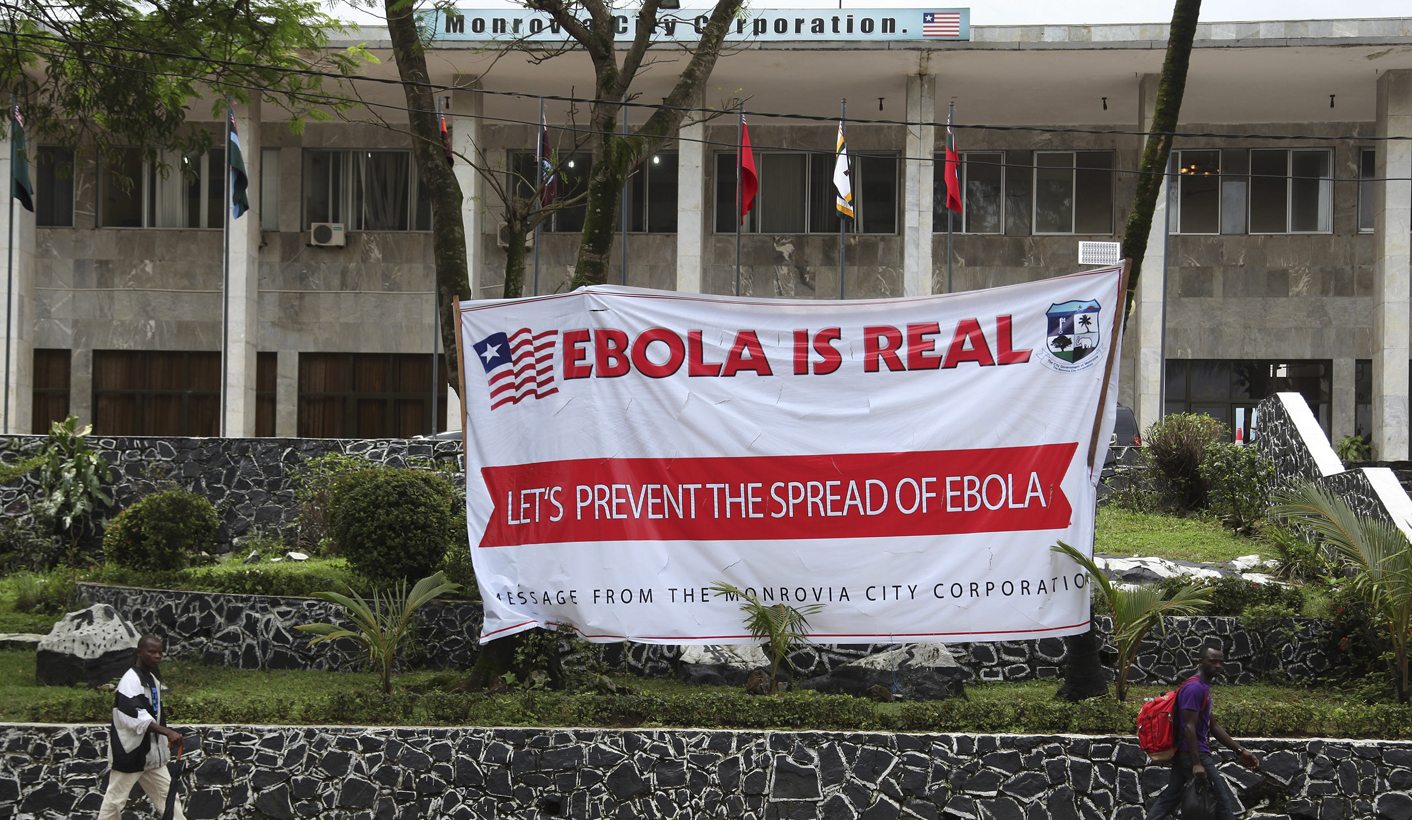 Yes, we should be scared of Ebola. It’s a nasty way to die. But it’s not that contagious, and we can’t really blame the disease for the fact that it is spreading like wildfire in West Africa. Instead, as usual, there’s a more obvious scapegoat: corrupt, incompetent governments and their repeated failure to protect their citizens. By SIMON ALLISON.

“This outbreak is moving faster than our efforts to control it.” That was the ominous verdict delivered last week by Margaret Chan, Director-General of the World Health Organisation. She was speaking, of course, about the Ebola epidemic in West Africa, which has so far infected more than 1,300 people and killed at least 729 (that we know of, at least – the real numbers are likely to be even higher).

Chan, speaking at an emergency regional summit in Conakry, warned that if the situation continues to deteriorate, “the consequences can be catastrophic in terms of lost lives but also severe socioeconomic disruption and a high risk of spread to other countries”.

Already, the epidemic has spread from Guinea to Liberia and Sierra Leone. One case was reported in Lagos, Nigeria, with dozens now in quarantine there. Border authorities are on high alert in Africa and across the world.

Ebola should make us nervous. It is a horrible, painful way to die. It is also incredibly lethal, with a mortality rate of 90%, and the strain on the loose in West Africa is particularly virulent.

But here’s the thing – it’s only lethal if you catch it. And catching it is not as easy as you might think.

Contrary to many panic-stricken reports, Ebola is not especially contagious. To become infected yourself, you basically have to come into contact with the bodily fluids of another infected person or infected corpse (blood, faeces, pus, etc.). That’s why health workers are particularly vulnerable – more than 60 have already died in this outbreak, including the doctor who led Sierra Leone’s fight against the disease.

But for most of us who don’t come into contact with bodily fluids on a regular basis, well, we should be safe. At least that’s what Margaret Chan says. “This is not an airborne virus. Transmission requires close contact with the bodily fluids of an infected person, also after death. Apart from this specific situation, the general public is not at high risk of infection by the Ebola virus,” concluded the WHO chief. She added: “Experiences in Africa over nearly four decades tell us clearly that, when well managed, an Ebola outbreak can be stopped.”

So why is this one different?

The clue is in the phrase “well managed”. Ebola can be stopped, but it requires effective organisation, coordination, and, ideally, a functioning health system – conditions which are barely present in Guinea, Liberia and Sierra Leone.

“The basic techniques for stopping Ebola are well known. The problem is applying them. Since the virus was first identified in 1976, there have been dozens of outbreaks and all of them have been contained. Experts point to these successes as evidence that this latest threat can be overcome too,” said David Shukman, the BBC’s science editor.

These techniques were honed over the past four decades in five other outbreaks in Africa, mostly affecting the eastern and central parts of the continent. “Over time, medical workers in these countries- Uganda, Republic of the Congo, Democratic Republic of the Congo, Gabon and Sudan – gained experience managing the disease,” explained Bloomberg, in an editorial. “They learned to reach remote communities directly with information about Ebola’s transmission, given that many residents don’t have access to radio or television; to isolate confirmed cases, trace their contacts and monitor the contacts for symptoms; and to ensure medical workers who care for the ill wear protective suits. Receiving care as soon as symptoms arise reduces the risk of contagion and increases the odds of survival to 30 percent.”

West Africa, on the other hand, has no previous history with the disease. Affected countries were slow to acknowledge they had a problem, and even when they did were keen to downplay its scale. Basic issues of data collection and coordination made it difficult to respond appropriately, and even now the actual casualty figures are little more than guesswork. This poor response was compounded anyway by a lack of financial resources and trained medical professionals – a failing not limited to the Ebola response, but indicative of a general failure to provide decent healthcare. Even when international organisations such as WHO, Doctors Without Borders and America’s Centre for Disease Control did arrive in force, the inability of the affected governments to effectively organise and coordinate their roles has hamstrung the international response.

Making things even worse has been the repeated inability of governments to communicate effectively with their citizens (indicative perhaps of a lack of trust). Cultural practices, such as funeral rites requiring the washing of bodies, have helped Ebola spread; as has the refusal of some communities to seek medical treatment, believing that it is in fact those facilities that are responsible for spreading the disease. With no history of providing effective healthcare – or any kind of basic services in these very rural communities – governments don’t have the authority to challenge these beliefs.

There are echoes in this of the height of the HIV/Aids pandemic, which was also exacerbated by bad decisions and poor governance. Nowhere was this more obvious than in South Africa, where then-President Thabo Mbeki’s refusal to acknowledge the link between HIV and Aids prevented the roll-out of potentially life-saving drugs (making Thabo Mbeki responsible for 300,000 unnecessary deaths, according to that infamous Harvard study).

Diseases like Ebola, and HIV/Aids, for that matter, don’t spread because we don’t know how to stop them. They spread because poor leadership and bad governance prevent early, effective responses, giving these diseases the time and the space they need to proliferate. So Ebola shouldn’t scare us – instead, it is the incompetent governments of this world that we should really be worrying about. DM

Photo: Liberian men walk past an Ebola sentization banner at the Monrovia City Hall in Liberia, 31 July 2014. Liberian president Sirleaf during a nation address ordered the closure of schools in an attempt to curtail the deadly Ebola virus in the country. A state of emergency has been declared in Sierra Leone due to the Ebola crisis. Over 672 people have died of Ebola in West Africa in 2014 making it the world’s deadliest outbreak to date according to statistics from the United Nations. Liberia has closed most of its border entry points with only a few remaining operational and quarantined certain communities in an attempt to curb the spread with two major West African airlines also cancelling flights in Guinea, Sierra Leone and Liberia. EPA/AHMED JALLANZO.