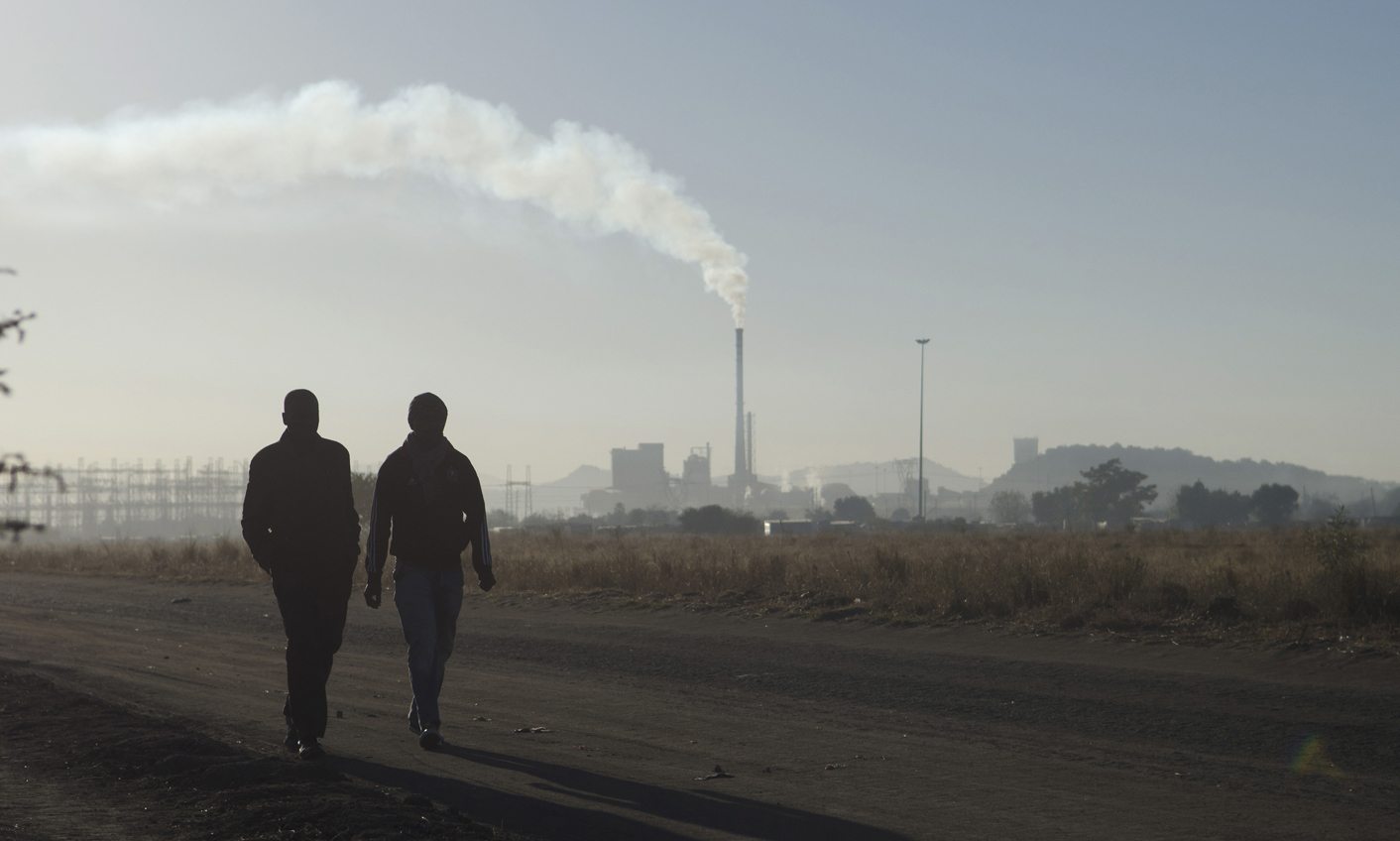 The platinum strikes may seem a distant memory to those not working in the industry. While the companies figure out how they’re going to cover the losses and the high increases, work is underway to address some of the underlying causes of the unrest, such as housing. Little has been done, but this could be the year that changes it all. By GREG NICOLSON.

“There are no proper structures or buildings. There is no water, no electricity,” the Sikala Sonke Women’s Organisation member told the Marikana Commission. “People use pit toilets. It is very difficult. When it’s raining – as we’re in shacks – when it’s raining the workers will stand on top of their beds … These workers work under difficult circumstances, but they are staying in very unbearable places.

“Their lives was supposed to be easy [but] even the people who died during the strike asking for more pay don’t have houses,” said Maswanoqana, speaking in April at Wits University. “We are living under difficult circumstances. Right now during this strike the poverty in Marikana is very bad.”

After this year’s five-month strike at Anglo American Platinum (Amplats), Lonmin, and Impala Platinum (Implats), it was clear discontent among mineworkers went beyond just wage issues.

Miners work long hours in difficult conditions, sometimes risking their lives. They face the possibility of disease. Like their fathers, they toil to make the elite rich while they send remittances back home. Meanwhile, they spend most of the year in areas like the informal settlements of Marikana, places where lives are built, men are made and friendships are won and lost, but are, generally, shitholes – shack-strewn, pothole-ridden, dusty enclaves where services are almost non-existent.

The strike is over. The workers got decent increases, but if non-wage related issues such as housing aren’t dealt with, we’re due to see continued strike action and militancy in the mining sector.

Reviewing 2012 in its 2013 annual report, Implats said the unrest goes deeper than issues between unions and management or a breakdown in communication between workers and the bosses. It relates to the social problems left over from the migrant labour system. The first problem Implats listed was housing.

During Apartheid, black mineworkers were required to stay in crowded hostels and were viewed as temporary residents from the homelands or abroad. The hostels were symbols of oppression and fed militancy and violence.

Since then, the number of workers living in hostels has reduced as companies have offered living-out allowances, paying workers similar amounts to what it cost to company to house them so they could stay nearby the mine. While the hostel system was a blight on society, the living-out allowances have had an unintended result: informal settlements have flourished, leading to employees and non-employees residing by the mines in unplanned shantytowns without services. Mining companies are required to upgrade their hostels, but the informal settlements are largely neglected.

In a 2012 study, the Bench Marks Foundation said the living-out allowance was “hugely problematic” in Marikana. “Workers take the bare minimum of the allowance, stay in shacks and now have more money, either to send home as remittance or simply for local entertainment in the form of alcohol and women.” A 2009 Mining Charter review said the informal settlements “often provide a conduit or cesspool of crime, substance and alcohol abuse, and the spread of diseases”.

The large platinum mines spend hundreds of millions on various schemes to upgrade housing for their employees and improve local communities. “However, many challenges remain, and well- considered overall strategies need to be developed, including in partnership with government at various levels and with peer companies,” reads the Amplats 2013 social development report. “The questions we need to grapple with, from a governance perspective, are the unintended consequences of employees opting for living-out allowances, including the establishment of informal settlements; resistance to home ownership by those with homes in distant labour-sending areas; and, more broadly, how to deal with a deeply entrenched migrant-labour system that carries many adverse social consequences.”

Despite spending millions on social development programmes and boasting about corporate social responsibility initiatives, there’s still a divide between what the mining companies claim to have accomplished and reality. There’s a further gap between what they should be doing and what’s being done.

The tumultuous two years in platinum, however, have sparked a new push for development in mining areas. Everyone acknowledges more needs to be done to improve the living conditions of the mineworkers.

Included in the deal between the Association of Mineworkers and Construction Union (AMCU) and platinum producers was an agreement to establish stakeholder meetings to investigate issues such as housing. President Jacob Zuma has taken over the Mining Consultative Forum and his Presidential Housing Package is being fast-tracked to provide housing in mining areas. There’s an inter-ministerial committee on the revitalisation of mining communities and this year is the deadline for mining companies to convert hostels into family units and reach occupancy of one person to a room. Mineral Resources Minister Ngoako Ramatlhodi’s spokesperson Phuti Mabelebele said a mining summit would also be convened to “assess and strengthen contributions towards sustainable solutions”.

“This is really the year where the whole dynamic changes,” said Lonmin spokesperson Sue Vey. The company recently donated land that will be used for housing mineworkers.

But promises have been made before. Much of what’s currently being talked about has existed for years as goals of government or requirements for mining companies but little has been acted on. Housing is a particularly complex issue as it requires labour movements, companies and multiple spheres of government – sometimes national, local, and traditional – to work together. Two of the key role players, local and traditional authorities, aren’t always the most efficient in confronting challenges, and these problems are particularly difficult and if any of the parties don’t pull their weight there’s always someone else to blame.

The stakeholder meetings agreed to in the recent platinum deal are yet to happen. Bishop Jo Seoka, from Bench Marks, said they planned to set up a meeting soon. Vey said the meetings were imminent. What’s important about the planned consultations is that they might seriously consider what workers want, as opposed to dictating housing policy for them, which Seoka said has happened in the past.

AMCU President Joseph Mathunjwa said for many years the companies didn’t even comply with their own housing plans. Whether they contribute to improving the livelihoods of mineworkers now will depend on what the union does as representatives of the workers, he added. Mathunjwa believes that mining companies should have their licenses revoked if they don’t meet legal requirements aimed at transforming the industry and treating workers with dignity.

So far, there has been no punishment of consequence for companies that don’t meet requirements on issues in the Mining Charter. At the governmental level, Zuma has made transforming mining communities a priority but has to prove his intervention will be more than just another task team with no results.

While the strike is over, AMCU’s platinum deal and other recent agreements show that mineworkers get paid more than many in South Africa, but they also face glaring indignities, the weight of the country’s most historically exploitative industry, the struggle of supporting two lives, one at the mine and one at home, as well as the hardship of living in an informal settlement.

Housing is just one of the complex challenges that must receive committed attention from stakeholders working in collaboration to change the underlying causes of industrial action. If left as it is, there’ll be more of the same. More Marikanas. More violence. More strikes. Workers will still be standing on their beds to avoid the rain and using pit toilets to relieve themselves. DM