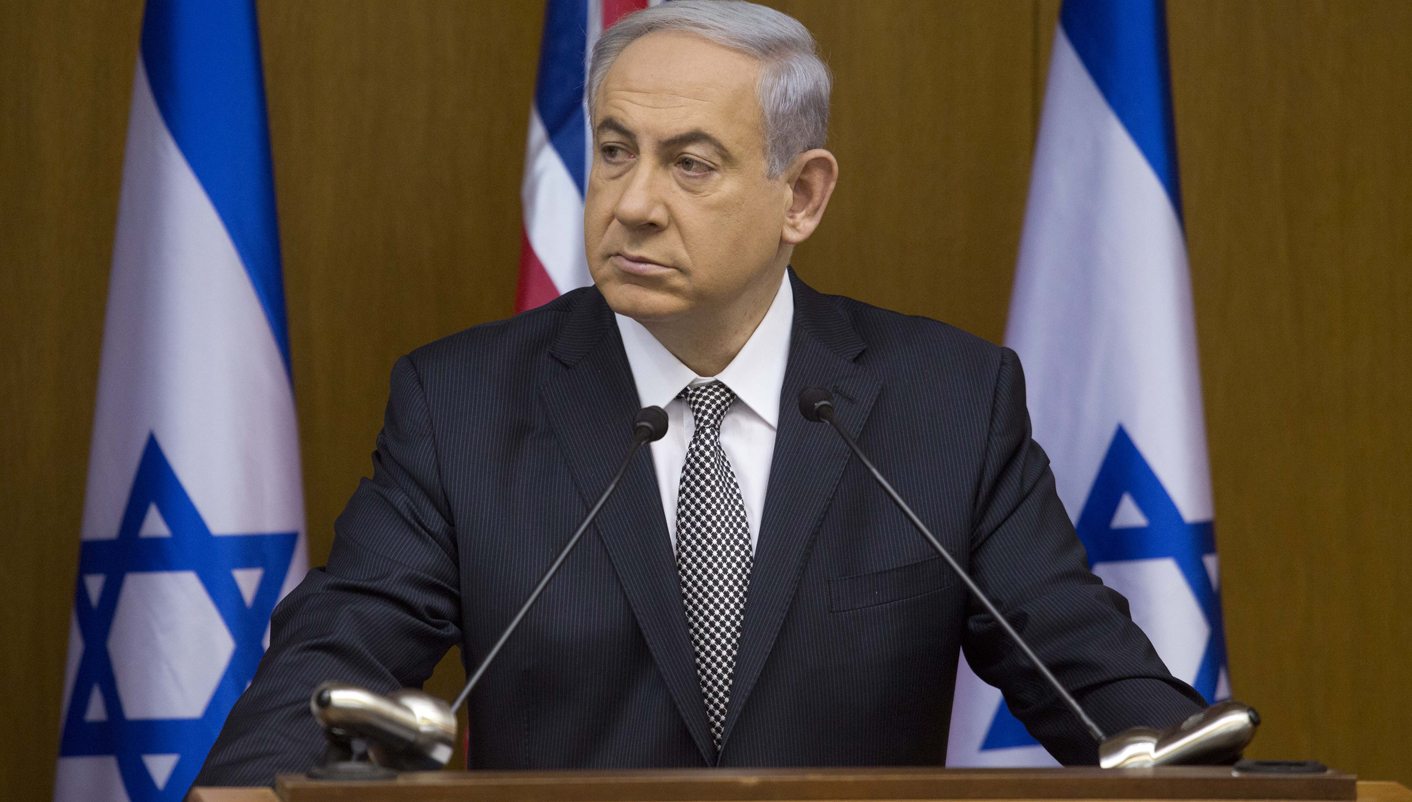 A grim-faced Israeli Prime Minister Benjamin Netanyahu warned on Monday of a protracted war in Gaza, dashing any hopes of a swift end to the three-week conflict as Palestinian fighters launched an audacious cross-border raid. By Nidal al-Mughrabi and Crispian Balmer for Reuters.

The Israeli army said five of its soldiers died in two separate incidents, including four in a mortar strike. Local media also reported casualties in the infiltration, but there was no immediate confirmation of this.

Inside Gaza itself, eight children and two adults were killed by a blast in a park as an unofficial truce sought by the United Nations for the Muslim Eid al-Fitr festival collapsed.

Residents blamed the explosion on an airstrike, but Israel said a misfiring militant rocket caused the carnage.

“It has been a difficult, painful day,” Netanyahu said in a televised address to the nation.

“We need to be prepared for a protracted campaign. We will continue to act with force and discretion until our mission is accomplished,” he said, adding that Israeli troops would not leave Gaza until they had destroyed Hamas’s tunnel network.

Some 1,060 Gazans, most of them civilians, have died in the conflagration. Israel has lost 48 soldiers and another three civilians have been killed by Palestinian shelling.

As night fell over Gaza, army flares illuminated the sky and the sound of intense shelling could be heard. The military warned thousands of Palestinians to flee their homes in areas around Gaza City – usually the prelude to major army strikes.

The explosion of violence, after a day of relative calm, appeared to wreck international hopes of turning a brief lull in fighting into a longer-term ceasefire.

Gaza’s dominant Hamas Islamists said they had accepted a U.N. call for a pause in hostilities on Monday to coincide with Eid, which marks the end of the fasting month of Ramadan.

Israel initially balked, having abandoned its own offer to extend a 12-hour truce from Saturday when Palestinian rockets kept flying. However, calm gradually descended through the night with just the occasional exchange of fire heard until a series of blasts shook Gaza in the afternoon.

Pools of blood lay on the ground in the Beach refugee camp garden in northern Gaza after it was hit by a huge explosion.

“We came out of the mosque when I saw the children playing with their toy guns. Seconds later a missile landed,” said Munther Al-Derbi, a resident of the camp.

“May God punish … Netanyahu,” he said.

At roughly the same time, another blast shook the grounds of Gaza’s main Shifa hospital, without causing any casualties. Israel, which has previously accused Hamas fighters of hiding in the hospital, again blamed an errant militant missile.

Foreign pressure has been building on Netanyahu to muzzle his forces, with both U.S. President Barack Obama and the U.N. Security Council urging an immediate ceasefire that would allow relief to reach Gaza’s 1.8 million Palestinians, followed by negotiations on a more durable cessation of hostilities.

Israel wants guarantees Hamas will be stripped of its tunnels and rocket stocks. It worries the Palestinian Islamists will parlay the truce talks mediated by their friends in Qatar and Turkey into an easing of an Israeli-Egypt blockade on Gaza.

In his television address, Netanyahu said any solution to the crisis would need to see Hamas stripped of its weapons.

“The process of preventing the armament of the terror organisation and demilitarisation of the Gaza Strip must be part of any solution. And the international community must demand this forcefully,” he said.

Hamas said its forces had infiltrated Israel to retaliate for the killing of the children in the Beach camp.

“His threats do not frighten either Hamas or the Palestinian people, and the (Israeli) occupation will pay the price for its massacres against children and civilians,” Hamas spokesman Sami Abu Zuhri told Reuters.

Speaking in New York, U.N. Secretary-General Ban Ki-moon deplored what he described as a lack of resolve among all parties in the conflict.

“It’s a matter of their political will. They have to show their humanity as leaders, both Israeli and Palestinian,” he told reporters. “Why these leaders are making their people to be killed by others? It’s not responsible, (it’s) morally wrong.”

Some residents in Gaza reported they had received a recorded telephone message on Monday which said in Arabic: “Listen Hamas, if you are still alive, you should know that if you continue, we will respond, we will respond violently.”

In another attempt at psychological warfare, Israel dropped leaflets over Gaza listing dozens of names of gunmen from Hamas and its ally, Islamic Jihad, that the military says it has killed since the start of the offensive.

Deputy Islamic Jihad chief Zeyad Al-Nakhala said mediation had made progress and the group was working with neighbouring Egypt to craft a deal.

“We are days away from the end of the battle, the clouds will clear and you (Palestinians) will see victory,” he told Islamic Jihad’s radio station Al-Quds. “We will not accept anything less than ending the blockade.”

Tension between Netanyahu’s government and Washington has flared over U.S. mediation efforts, adding yet another chapter to the prickly relations between the Israeli leader and Obama.

Repeated U.S.-led negotiations over 20 years have failed to broker a permanent peace deal. The most recent round collapsed in April, with Palestinians livid over Jewish settlement building in the occupied West Bank and Israelis furious that Abbas had signed a unity pact with old foe Hamas.

Qatari Foreign Minister Khaled Al-Atteya said Israel had not respected a ceasefire agreement brokered by Cairo that ended the last Gaza war in 2012 and it was time the blockade of the coastal enclave – also enforced by next-door Egypt – was lifted.

Israel has signalled it wants a de-facto halt to fighting rather than an agreement that would preserve Hamas’s arsenals and shore up its status by improving Gaza’s crippled economy.

The main U.N. agency in Gaza, UNRWA, said more than 167,000 displaced Palestinians had taken shelter in its schools and buildings, following repeated calls by Israel for civilians to evacuate whole neighbourhoods ahead of military operations. DM

Photo: Israeli Prime Minister Benjamin Netanyahu deliverers a statement to the media during a joint press conference with British Foreign Secretary Philip Hammond (not pictured) at the Israeli Knesset, in Jerusalem, Israel, 24 July 2014. At least 23 Palestinians were killed before dawn 24 July 2014 on the 17th day of the Israeli offensive in the Gaza Strip amid reports that both sides in the conflict might be inclined towards accepting a five-day humanitarian truce. EPA/ABIR SULTAN