A crack in the crucible: A review of ‘I, Afrikaner’ 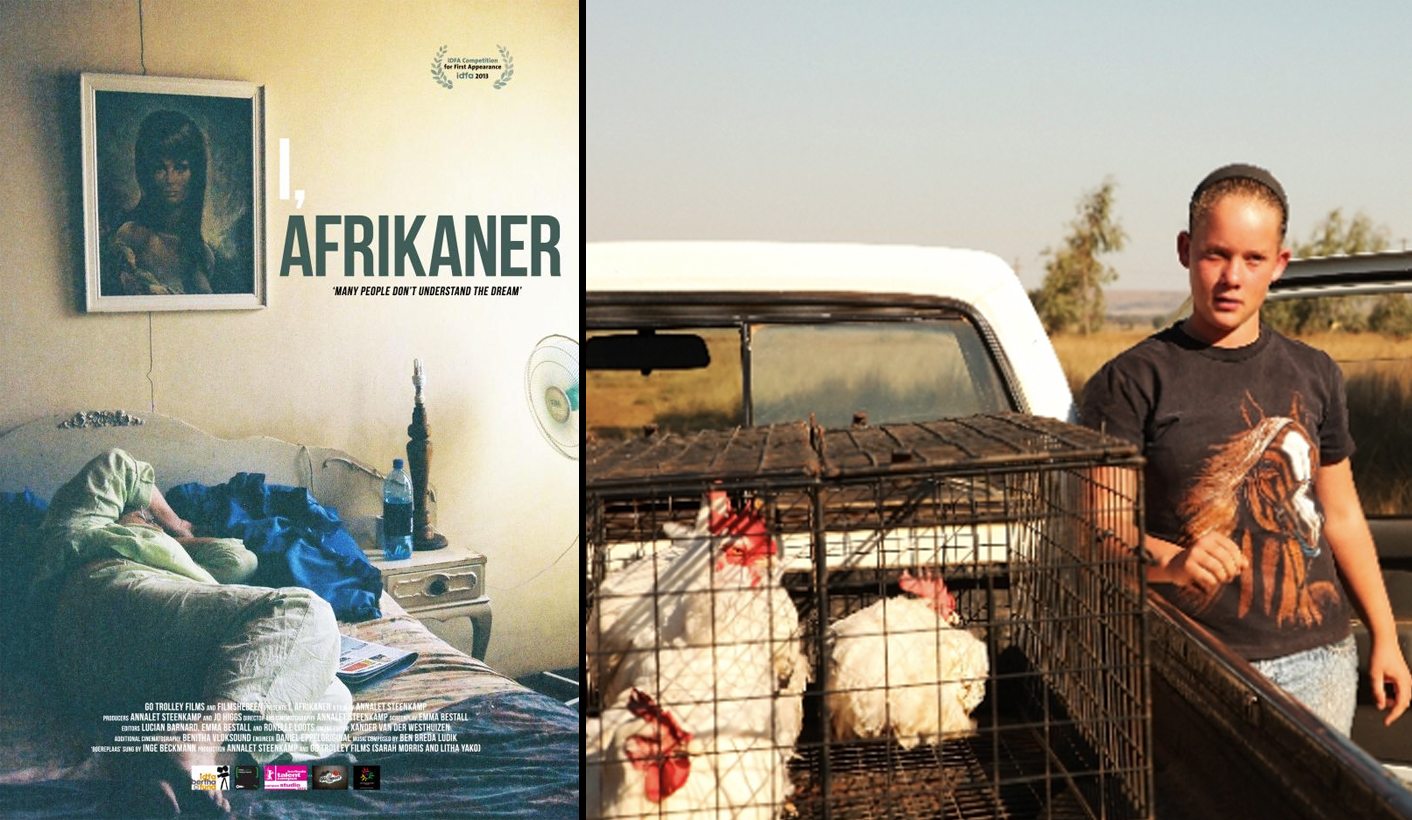 The behaviour of Steve Hofmeyer and the fans that sang Die Stem along with him a few weeks ago has cast Afrikaners as an angry breed, out of touch with the new South Africa. Yet in ‘I, Afrikaner’ a beautiful new film about an Afrikaner family, a more complex picture is drawn. Perhaps as a black woman, I found myself captivated by this story, because I happened to marry into an Afrikaner family. It's no wonder that the film won the best director award at the Durban Film Festival this week. By KIM ROBINSON.

Through her personal story, I, Afrikaner, director Annalet “Makkie” Steenkamp begins a conversation that taps into the existential angst of a family, a people, and a country. In I, Afrikaner, the director tells the story of four generations of her family of Afrikaner farmers.

Early in the film, the director describes herself as a “walking contradiction.” She is a “white African.” I view I, Afrikaner with my own contradictions. A New Yorker by birth and proudly South African by marriage, and more relevant to my perspective on this film, I am a black American married to an Afrikaner.

In hindsight, the relationship of Kim Robinson and Andries Nel – my husband – seemed destined. But it was not. Although we were attracted to each other, early on there was so much static. Was Andries my dream? No, he wasn’t. I had imagined that I would be part of a black family, in large part because I am a ‘race’ woman – a US term that describes those who are committed to the progress of black people. In fact, my identification with black people and my desire to understand better the different manifestations of racism, led me to South Africa.

Arriving in the country as an intern and then working in the Eastern Cape in the early 1990s, at the beginning of black political liberation, was like a dream. Falling in love with a white guy was not part of the script.

But we got over the static. Like all couples who want to make things work, we discussed our issues at length. Of course, race was on the agenda, but it wasn’t the only thing we talked through. In the end, we laughed and threw up our hands with a ‘let’s see what happens’ attitude. Ultimately, Andries became, and continues to be, the man beyond my dreams.

This is the filter through which I watched I, Afrikaner. I enjoyed it. I empathised. I was moved by the cinematography. I felt a family’s and a people’s connection to the land and a way of life. I saw the familiar; Afrikaner ways that I see with Andries’ family; now also my family.

In I, Afrikaner, there is courageous transparency and honesty. The director shows a variety of personal moments with her family without explanation or apology. The filmmaker could have softened what we see of the fear and racism of her family. She doesn’t. The Steenkamps are Boers – Afrikaner farmers in the Free State. And we see them as they are.

Shanel, born in 1997, is the voice of redemption and hope. As a bridge to the past and the future, she offers the potential of racial unity and understanding. She is the counterbalance to anxiety, racism, insularity, entitlement, and the desperate clinging to the past that all too often forms the basis of the race narrative about Afrikaners in South Africa. For me, she saves her family and as a consequence, she is the star of the film. In her absence, the story would be hopeless and less human. In being herself – an Afrikaner fluent in Sotho who respects and engages with African culture – she is that new South African who is spoken of and dreamed of, but rarely projected onto screens.

I, Afrikaner causes me to reflect on my own unique experience and contradictions. I have a relationship of love and equality with an Afrikaner family. So while Shanel saves this particular story, the Nel family does too.

The film uses a tongue with which I am familiar. The love between the grandparents reminds me of what I witness between my in-laws, Ma Nel and Oom Nico. The verbal and physical affection and mutual admiration is evident to anyone who comes into contact with them. Their humour and mockery adds lightness to their home that has lead to many comedic moments around the dining room table.

If I did not know and love the Nels and they did not know and love me, would I care about the film, and more importantly, would I be able to relate to the Steenkamps? It is unclear. I certainly would not care as much. Love, loss, family, culture, fear – we share them all as humans. They are universals. Would I empathise with the Steenkamps in the absence of my own connection to Afrikaners? I empathise because Afrikaners are real to me – not one-dimensional demons, not theoretical humans, but genuine people whom I touch, laugh with, like, and love.

Andries says: do not personalise politics. I struggle with that. But Andries comes by this principle through experience. While Oom Nico was representing the Apartheid government as a diplomat, Andries was organising for the downfall of that same government. Father and son did their work in the world and remarkably, maintained their relationship.

What became personal were my relationships with Andries and his family. As a result, Afrikaners are humanised. When people are humanised, oppressing and killing them becomes more difficult. Perhaps this is what the Steenkamps fear in Shanel’s relationships with the black farmworkers. Because of these ties, she will not be able to do whatever is required to maintain the Boer way of life. It is a crack in the crucible for them. Ironically, that perceived crack represents the only sustainable way forward for a shared South African future.

This line of thought does not inexorably lead to an argument advocating intimate relationships as the cure to social disunity. There are many people who believe that love across the colour lines will heal the divisions. This is naïve and overly simplistic. I tell my story because it is one in which empathy has been made possible by a particular set of circumstances. I can relate to the Steenkamps because I can relate to the Nels and ultimately it is this that matters. Afrikaners have broadened my humanity; they have not narrowed it. Like Shanel, I can be my complex self, comfortable in my own skin, looking to a different future. DM

Kim is the world’s greatest fan of Venus and Serena Williams. She leads Renaissance Strategic Solutions, a Johannesburg based organizational development consultancy. Follow her at @JoziKim