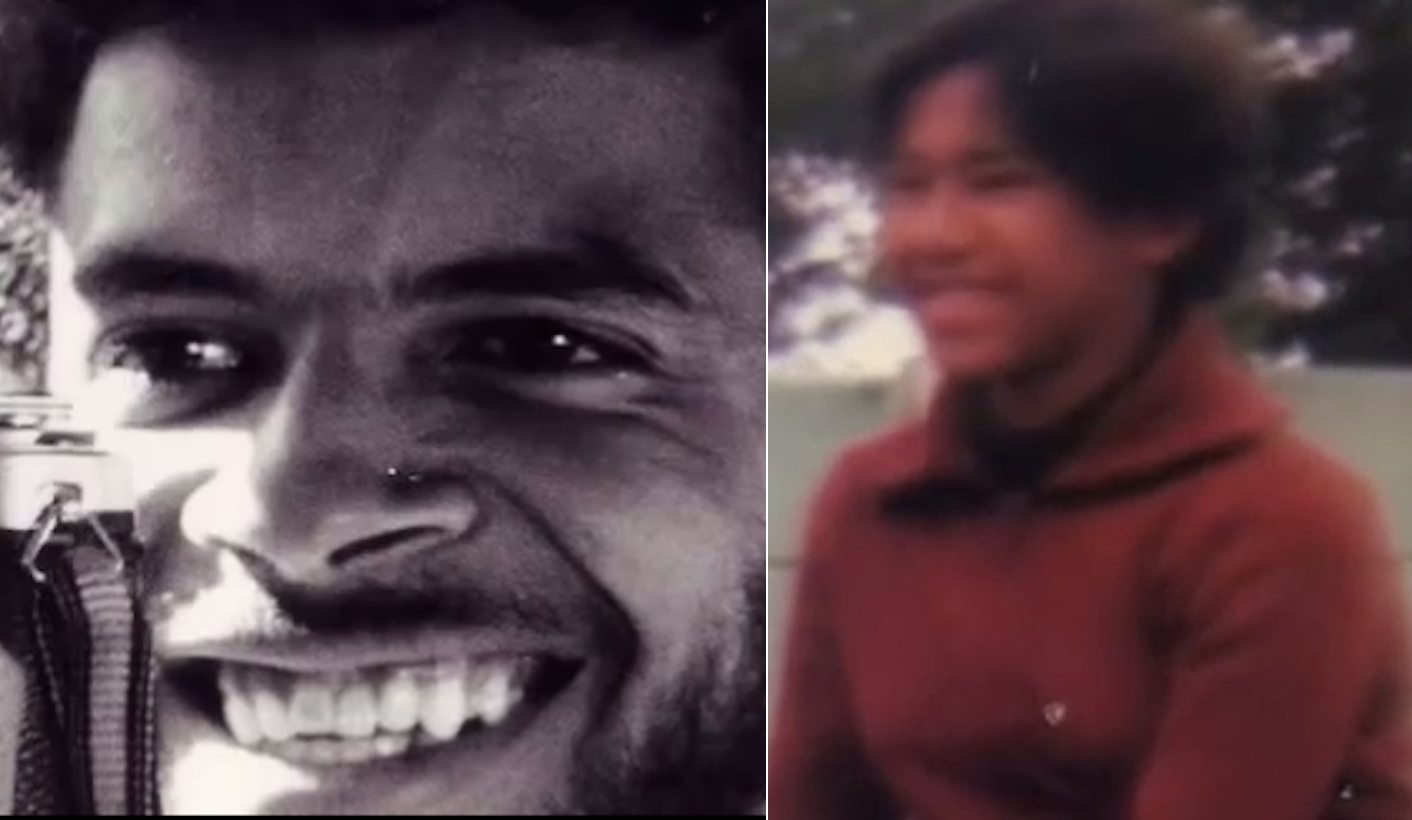 In July 1989, the same month PW Botha and Nelson Mandela, then still imprisoned at Victor Verster Prison, met secretly for the first time, two young Umkhonto we Sizwe operatives, Robbie Waterwitch and Coline Williams, died when a defective limpet mine they had planned to place at the Athlone Magistrate’s Court in the Western Cape exploded prematurely. This weekend a high-ranking ANC Western Cape official missed a ceremony commemorating the 25th anniversary of the event. By MARIANNE THAMM.

On Reconciliation Day on 16 June in 2005, the ANC-led City of Cape Town unveiled a R330,000 memorial sculpture opposite the Athlone Magistrate’s Court in Cape Town in honour of Robert Waterwitch and Coline Williams, two young members of Umkhonto weSizwe (MK) who were blown to pieces in 1989 when a limpet mine they had planned to place at the courts detonated prematurely.

Waterwitch and Williams, both devout Catholics, are viewed by those who were involved in the struggle in the region in the turbulent 1980s as martyrs. A crowd of over 5,000 attended their funeral where a nasty standoff between the police and mourners took place. A heavily armed police contingent circled the church and fired teargas into the crowd who openly brandished ANC flags – which were still banned at the time.

But all of this history meant little to a gang of thieves who in 2008 removed the 600kg statue by artist Guy de Toit and Egon Tania from its position opposite the courts in Old Klipfontein Road and cut it up into 64 pieces before selling it for scrap.

A new statue was erected in 2009 just in time for the 20th anniversary of the event on 23 July of the same year, which was an all-day occasion that included a schools programme at the memorial site, a cleansing ceremony, a cultural celebration at the Garlandale school hall in Athlone as well as a memorial service at the St Mary of the Angel Catholic Church where Trevor Manuel was a guest speaker. Archbishop Emeritus Desmond Tutu as well as Moulana Farid Esack also paid tribute.

Photo: A poster from the 20th anniversary memorial

This past weekend, 25 years after the event, a tiny crowd including friends and relatives gathered in Athlone braving the bitter cold and rain to remember the young heroes. Present were Coline’s mother Willemiena and Robbie’s aunt, Judith. Robbie’s uncle Basil Snayer represented Robbie’s mother, Hettie Coetzee, who could not attend.

This time the ceremony was led by Melvin Bruintjies, a former MK operative and who was part of the command structure of the Ashley Kriel Detachment (of which Coline and Robbie were members). ANC provincial secretary Songezo Mjongile was billed to speak at the memorial but failed to arrive.

Mjongile’s no-show can be read in several ways. He might have been too busy but his non-appearance points to the parlous state of the party in the region. In the May general elections the ANC polled only 32.9 percent of the vote while the DA maintained its control of the province with 59.4 percent.

The continuing commemoration of the lives of Williams and Waterwitch should have provided the party with an opportunity to reconnect with its history in the region, a history which today still burdens many of the two activists’ contemporaries who survived the turbulent and violent times.

Coline Williams and Robbie Waterwitch represented a cohort of Western Cape young student activists who were deeply committed to the struggle against Apartheid and who were prepared to risk their lives for their beliefs. These were activists who spent their time outside of school educating themselves, absorbing ideas, debating and plotting a way out of a political dead-end.

The 1980s were particularly violent and repressive. The UDF had been launched in 1983 to mobilise against the then government’s “constitutional reforms”. In 1985 a nationwide schools boycott effectively ended any teaching or education in township schools as students joined the uprising. A State or Emergency was declared that year and there were thousands of detentions and arrests of activists and leaders.

Waterwitch, who was only 20 when he died, was a student at St Columbus in Athlone and joined the Young Christian Students movement at the school in 1983. Fellow student, Robbie van Niekerk, in a tribute to Robbie in 2009, recalled how Waterwitch’s radical political tradition was located in working class Catholicism. Robbie was a quiet, gentle activist who enjoyed music and playing the guitar. At the time of his death he was a student at the University of the Western Cape.

Coline Williams, who was 22 when she died, lived in Bonteheuwel and was a drama student at the Joseph Stone Institute. In 1986 she was arrested and detained for almost a year. Williams was recruited to the Ashley Kriel Detachment shortly before the municipal elections in 1988. Robbie Waterwitch was recruited in early 1989. Coline had been appointed as a commander of the Athlone Zone and was in control of their mission planned for the night of 23 July 1989. Both operatives had received training prior to the mission. An ANC pamphlet that was distributed later at their funeral claimed that both had been trained operatives and that it was unlikely that they had died through their own carelessness.

Exactly how Coline and Robbie met their untimely deaths has been the matter of some speculation for several years. Waterwitch and William’s mission was one of four planned for the night by MK as part of an anti-election bombing campaign in the region. The courts were singled out as these were to be used for election nominations due to take place the following day.

Two limpet mines were successfully detonated, one at the Mitchells Plain police station and the other at Somerset West Magistrate’s courts, while police prevented a blast at the Bellville courts. The fourth, which was intended for the Athlone magistrate’s court, detonated prematurely behind the public toilets opposite the courts killing both Waterwitch and Williams.

Zenzile Khoisan, an investigator with the Truth and Reconciliation Commission, was tasked with probing events that led to their deaths that night. His enquiry uncovered evidence that the limpet mine Waterwitch and Williams had been handed had been tampered with by military intelligence with the help of someone who was working inside of MK.

It was clear at the time that military intelligence was conducting surveillance and covert operations on all of the student leadership and their commanders. On the day of her death Coline had in fact told friends that she had been followed.

Khoisan determined that a fellow comrade, Geoffrey Randall Bruce Brown was a source for the National Intelligence Service and that he was being handled by Johan Hattingh and that he had received a large sum of money for reporting back on the unfolding political situation of the time:

The limpet mine that killed Waterwitch and Williams had been “zero timed” which meant it would have exploded immediately on detonation. In the end the Truth Commission was unable to make a conclusive finding on Waterwitch and William’s deaths but did find that security forces had “agents very close to the unit concerned”.

On the day they died Coline left home around 2pm with a brown leather bag. She then met up with a fellow MK operative, Vanessa Rode, and spent the afternoon going over the details of another attack Rode and Shamiel Issacs were to launch at the Heideveld Rent Office. Williams, Khoisan discovered, had packed a Makarov pistol and a limpet mine before parting company with Rode and Isaacs.

Waterwitch had left his home in Athlone at 8pm – an hour and 12 minutes before the blast – telling his mother he would return soon. Shortly afterwards the limpet mine detonated at the toilets opposite the Kismet theatre, 100 metres from the target. Security police arrived at the scene almost immediately and filmed the event.

Geoffrey Brown and the Reverend Charles Martin were tasked with informing the Waterwitch and Williams families that the two had died in the blast.

In his 1998 report Khoisan writes, “Geoffrey Brown was at the time a well paid source of the National Intelligence Service, handled by Afrikaner academic Johan Hattingh. Brown had received his last grading one month before the incident.”

In his recommendation to the TRC Khoisan suggested that a criminal investigation be launched against Johan Hattingh and Geoffrey Brown. He also recommended that “because of their importance as symbols of the struggle for a new South Africa..that something visible be done to honour their [Williams and Waterwitch’s] memories in Athlone and Bonteheuwel respectively.”

The monument today in Old Klipfontein Road is exactly this visible remembrance of these two young Capetonians.

The tragedy of the deaths of Waterwitch and Williams is made doubly so with hindsight considering that only seven months later, on February 11, 1990, Nelson Mandela was released after spending 27 years in jail.

The full story of the these young students of the Cape Flats, as well as those who survived and who are today in their mid 40s, and their contribution to the struggle is yet to be fully told. It is a story about those who chose to fight and those who, in the most devastating of circumstances, chose to collaborate and who today must live with those choices.

It is also a story about young people who joined a movement because of an “ideal” and who took it upon themselves to educate and familiarise themselves with various schools of political thought and ideology. It would perhaps be a fitting tribute if contemporary ANC members found a way of honouring those in its ranks who sacrificed their young lives by instituting a political school in the region in their honour. Either that, or just pitch when you are invited to pay tribute. DM

Shabir A Madhi
Save 6 mins