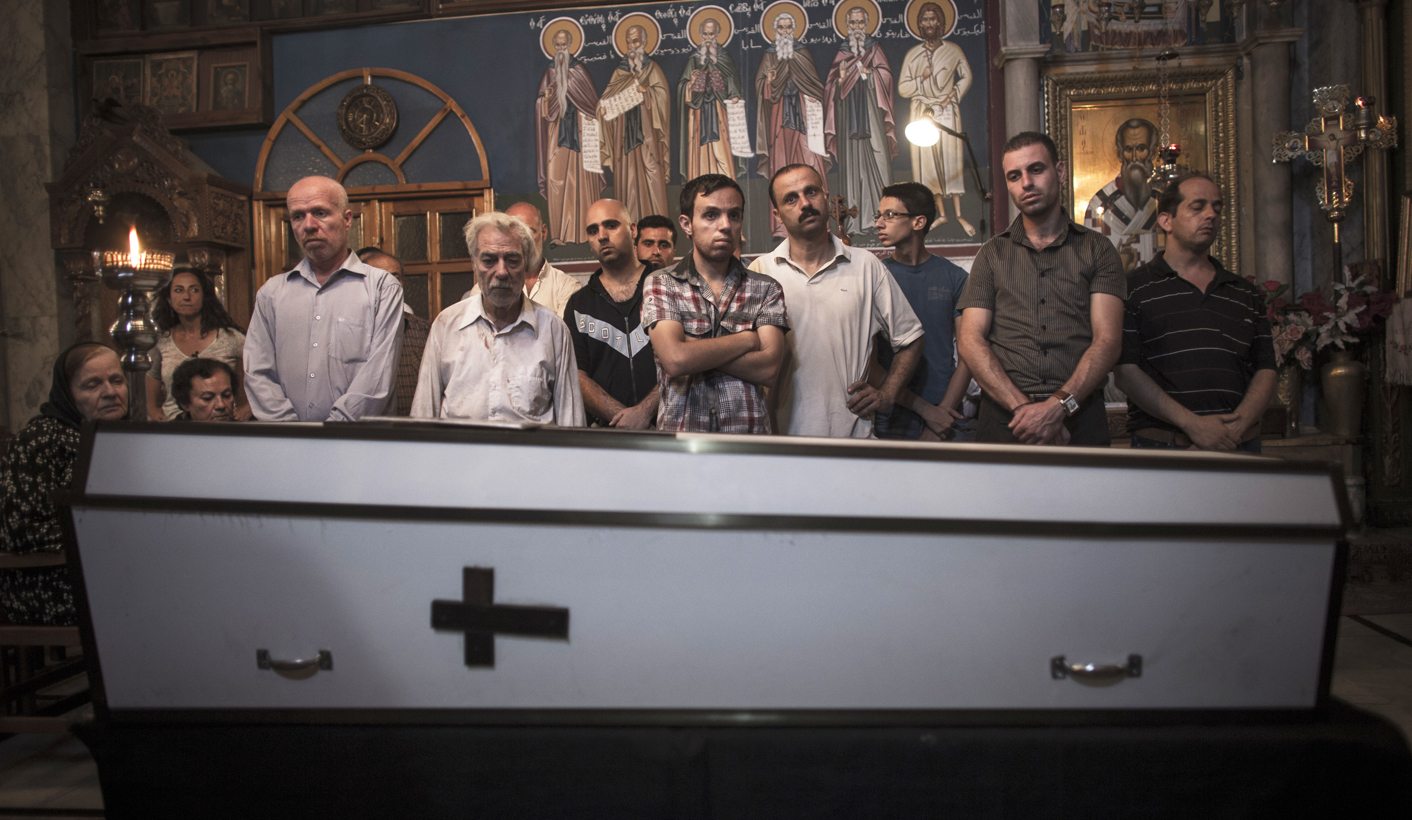 Fighting subsided in Gaza on Sunday after HamasIslamist militants said they backed a 24-hour humanitarian truce and U.S. President Barack Obama called for a ceasefire but there was no sign of any comprehensive deal to end fighting with Israel. By Nidal al-Mughrabi and Ori Lewis for Reuters.

Hamas said it had endorsed a call by the United Nations for a pause in the fighting in light of the upcoming Muslim holiday of Eid al-Fitr, which begins on Monday.

Some firing of rockets continued after the time that Hamas had announced it would put its guns aside and Israeli Prime Minister Benjamin Netanyahu questioned the validity of the truce.

Obama spoke by phone on Sunday with Israeli Prime Minister Benjamin Netanyahu and stressed the need for an immediate, unconditional humanitarian ceasefire in Gaza, the White House said.

Urging a permanent end to hostilities on the basis of the 2012 ceasefire agreement, Obama added that “ultimately, any lasting solution to the Israeli-Palestinian conflict must ensure the disarmament of terrorist groups and the demilitarization of Gaza.”

Israeli artillery guns also fired barrages into the Gaza Strip, Israeli media reported, although the objects of the fire was initially unclear.

“Hamas doesn’t even accept its own ceasefire, it’s continuing to fire at us as we speak,” Netanyahu said in an interview with CNN, adding that Israel would “take whatever action is necessary to protect our people”.

Nonetheless, Gaza Strip residents and Reuters witnesses said Israeli shelling and Hamasmissile launches had slowly subsided through the afternoon, suggesting a de facto truce might be taking shape as international efforts to broker a permanent ceasefire appeared to flounder.

However, Israel’s military has said it will need more time to destroy a warren of tunnels criss-crossing the Gaza border that it says is one of its main objectives.

Egypt had also destroyed 13 tunnels which crossed into its territory, an Egyptian general said on his Facebook page. It was “a continuation of the efforts by the armed forces in protecting the borders of the state from smugglers and terrorists,” Brigadier General Mohamed Samir Abdulaziz Ghoneim said.

Israel and the Hamas Islamists who control Gaza had agreed to a 12-hour ceasefire on Saturday to allow Palestinians to stock up on supplies and retrieve bodies from under the rubble.

Netanyahu’s cabinet voted to extend the truce until midnight on Sunday at the request of theUnited Nations, but called it off when Hamas launched rockets into Israel during the morning.

Palestinian medics said at least 10 people had died in the wave of subsequent strikes that swept Gaza.

Some 1,031 Palestinians, mainly civilians and including many children, have been killed in the 20-day conflict. A Gaza health ministry official issued revised figures, saying that 30 fewer people than thought had died in the conflict.

Israel says 43 of its soldiers have died, along with three civilians killed by rocket and mortar fire out of the Mediterranean enclave.

The military said an investigation into an attack last Thursday on a U.N.-run school in which 15 people were killed showed that a single errant mortar shell landed in an empty courtyard, denying it was responsible for the deaths.

Israel launched its Gaza offensive on July 8, saying its aim was to halt rocket attacks byHamas and its allies.

After aerial and naval bombardment failed to quell the outgunned guerrillas, Israel poured ground forces into the Gaza Strip 10 days later, looking to knock out Hamas’s rocket stores and destroy the vast network of tunnels.

The army says its drive to find and eliminate tunnels would continue through any temporary truce.

A poll published by Israel’s Channel 10 television said some 87 percent of respondents wantedIsrael to continue the operation until Hamas was toppled.

Diplomatic efforts led by U.S. Secretary of State John Kerry to end the conflict have shown little sign of progress. Israel and Hamas have set conditions that appear irreconcilable.

Hamas wants an end to the Israeli-Egyptian economic blockade of Gaza before agreeing to halt hostilities. Israel has signalled it could make concessions toward that end, but only if Gaza’s militant groups are stripped of their weapons.

“Hamas must be permanently stripped of its missiles and tunnels in a supervised manner,” Economy Minister Naftali Bennett said, “In return we will agree to a host of economic alleviations,” the security cabinet member said on Facebook.

Kerry flew back to Washington overnight after spending most of the week in Egypt trying to bridge the divide, putting forward some written proposals to Israel on Friday.

Speaking off the record, cabinet ministers described his plan as “a disaster”, saying it met allHamas demands, such as lifting the Israeli-Egyptian blockade completely and ignored Israeli terms, such as stripping Hamas of its rockets.

The obvious rancour added yet another difficult chapter to the already strained relations between Netanyahu and Kerry, whose energetic drive to broker a definitive peace deal betweenIsrael and the Palestinians ended in acrimony in April.

The main U.N. agency in Gaza, UNRWA, said 167,269 displaced Palestinians have taken shelter in its schools and buildings, following repeated calls by Israel for civilians to evacuate whole neighbourhoods ahead of military operations.

But in southern Gaza, residents of villages near the town of Khan Younis attacked the offices of the International Committee of the Red Cross, torching furniture and causing damage, saying the organisation had not done enough to help them.

During the lull in fighting inside Gaza on Saturday, residents flooded into the streets to discover scenes of massive destruction in some areas, including Beit Hanoun in the north and Shejaia in the east.

An Israeli official said the army hoped the widespread desolation would persuade Gazans to put pressure on Hamas to stop the fighting for fear of yet more devastation.

The Israeli military says its forces have uncovered more than 30 tunnels in Gaza, with some of the burrows reaching into Israeli territory and designed to launch surprise attacks on Jewish communities along the border.

The military said on Sunday it found a tunnel that led directly into the dining room of an Israeli kibbutz.

Other underground passages, the military says, serve as weapons caches and Hamas bunkers. One official said troops had found it easier to operate during the truce as the immediate threat to their safety was diminished.

Medics said eight Palestinians were killed on Friday in incidents near the West Bank cities ofNablus and Hebron – the sort of death toll reminiscent of previous uprisings against Israel’s prolonged military rule there.

The violence has sparked protests outside the region.

Demonstrators in London marched from the Israeli embassy to the Houses of Parliament and Whitehall, blocking traffic throughout the West End. French police clashed with pro-Palestinian protesters who defied a ban by authorities to march in central Paris. DM

Photo: Family members attend the funeral of Jalila Ayad in St. Porfirius church in Gaza City, 27 July 2014. The 60 year old woman was found dead in the rubble of her house following an Israeli airstrike. Hamas announced 27 July it would observe its own 24-hour lull in fighting, hours after rejecting a 24-hour humanitarian truce proposed by Israel. But violence resumed, and the extent of the damage of nearly three weeks of Israeli air and artillery strikes in Gaza was thrown into sharp relief. EPA/OLIVER WEIKEN