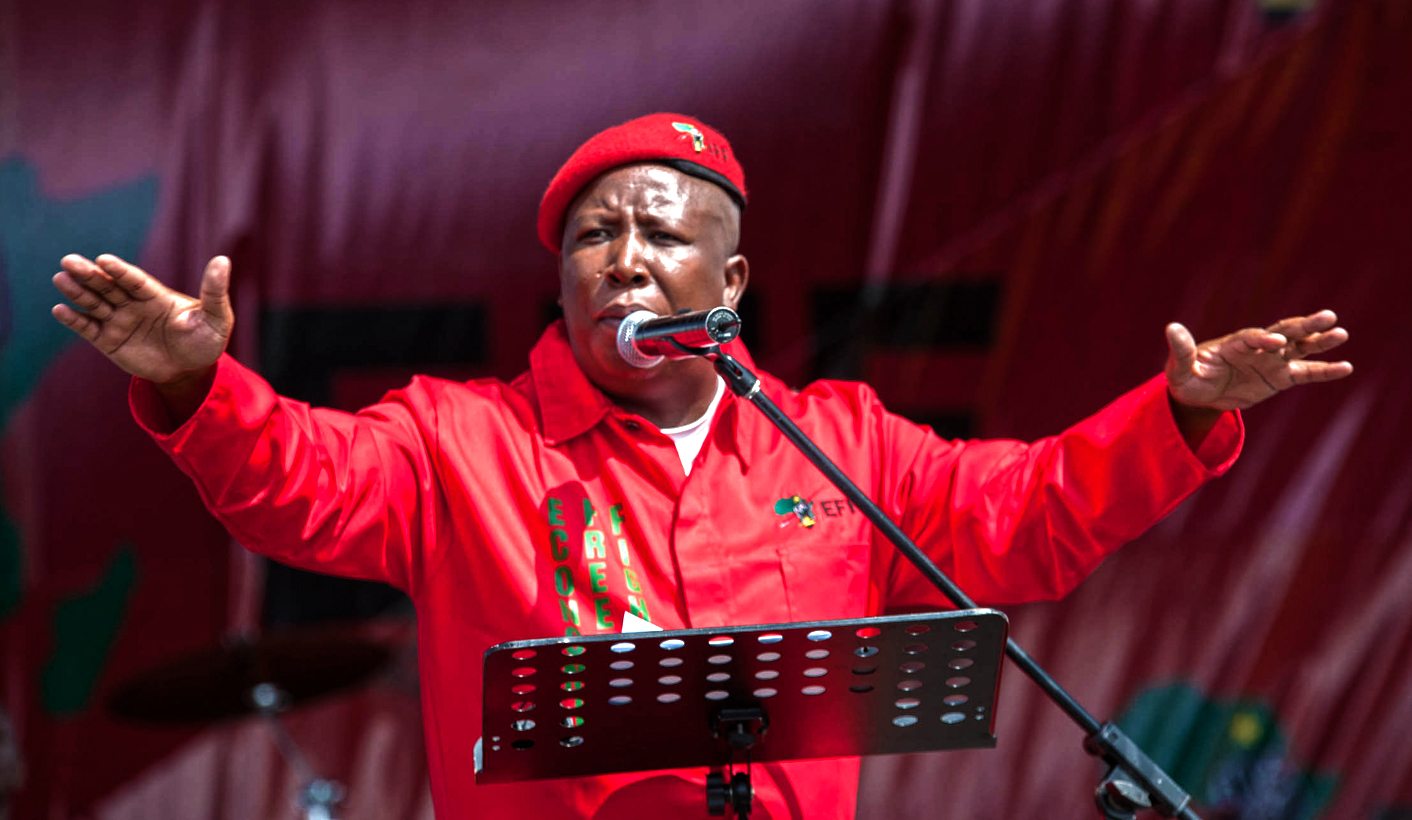 In a barren political environment, the EFF has understood the power of symbolism, using dress to dramatise their entry into Parliament. Through constant reference to the Marikana massacre, Nkandla and related abuse, they have linked themselves to the fate of the poor and vulnerable. By RAYMOND SUTTNER.

In entering Parliament in boiler suits and overalls they followed a long tradition of political agitation, through using imagery to convey their message. By adopting the colour red they appropriated associations with the blood of workers, as well as the colour historically linked with socialists and communists.

The ANC has not been able to call the EFF’s bluff, because in reality, they themselves abandoned the terrain of popular politics. They cannot unmask the EFF as demagogues or populists for they themselves make promises they do not fulfil.

Instead, the ANC relies on colonial imagery, what is appropriate dress for important places not intended to accommodate riff raff. Consequently the EFF have been attacked for disrespect or ejected, sometimes with serious injuries for wearing overalls or domestic workers’ clothes. Their dress has been described as ill-mannered, comparable to lacking respect for their grandmothers. Given that most people in higher echelons of government and Parliament are children of domestic workers and labourers, the ANC does not seem to have considered the implications of such statements. In bringing those uniforms and overalls into Parliament, the EFF can be said to render them visible. Whether there is substance beyond imagery remains to be seen.

Interestingly, the EFF stance has exposed the ANC’s lack of awareness of its own history, in which it has repeatedly used dress symbolically. It has been continually deployed in South Africa and elsewhere, by the ANC and other organisations, and notably in India by Gandhi. What one wears represents a statement; it is a language identifying with a political trend or indicating distantiation or disassociation with it. What you wear signifies your political outlook.

For Gandhi clothing became increasingly important. Arriving in Durban in 1893, he was ejected from a court for wearing a turban. That became one lesson he learnt as he became more and more politicised, often using clothing and other imagery to convey ideas. In South Africa, Indians led by Gandhi used the symbolism of fire, carrying powerful connotations of resistance in India itself when they burned registration certificates in 1908 in Newtown, Johannesburg, repeated half a century later when Chief Albert Luthuli and others burnt their pass books.

Over time, distinguishing himself more and more from the British and identifying with the downtrodden, Gandhi shed most of his clothing and wore a loincloth. He agitated against British clothing and developed the Gandhi cap (sometimes mistakenly attributed to India’s first prime minister Jawaharlal Nehru) deriving from Kashmir, which could be produced cheaply from Indian cloth.

The ANC Voluntiyas (volunteers) in the Defiance Campaign of 1952 also wore a special uniform, comprising a military-style jacket and Gandhi cap. They were the most disciplined cadres – the ‘defiers of death’, prepared to face any danger to achieve freedom.

When Nelson Mandela appeared in court in 1962 he wore abaThembu dress, asserting that he was not simply the leader of MK or a lawyer but that he represented multiple identities, a lawyer who was then an outlaw, a freedom fighter who worked with people from all population groups, an African nationalist, but also a proud heir to abaThembu legacies.

Insofar as the ANC has not yet engaged the EFF on its claims to radicalism and instead stuck to arguing about decorum and disrespect for institutions, would they have said that Gandhi was wrong to visit a queen dressed in a loincloth? Would they have said Mandela was wrong to wear abaThembu attire and refuse to recognise the right of the court to try him?

The ANC and its allies have depoliticised the political arena and turned it into a place where technocratic and bureaucratic solutions are offered, sometimes with funding meant for poverty relief diverted into private enrichment, as seen in the Public Protector’s Nkandla report.

Because of their own conduct, their own callous indifference to the plight of the poor and vulnerable, the ANC-led alliance has not been well placed to interrogate EFF postures or to question statements that brook no compromise, notably nationalisation without compensation. They have not asked how they propose to realise their policies.

The EFF correctly understands the vast inequalities between rich and poor.

They understand the public’s awareness of the siphoning off of state funds to benefit leaders and their associates. The ANC understands that EFF dress is not simply about aesthetics. It is a claim to represent the ANC’s own constituency, a reminder that with continued pillage that link looks increasingly tenuous.

The Communists, previously the primary bearer of the colour red, can hardly object to appropriation of this symbol, when they so readily demonstrate departure from the legacies of Chris Hani and other heroic figures, most recently with their chairperson, now a minister, illegally paying his worker R26 a day!

The red of the EFF is not a behavioural problem. It signifies the opening of a gap, which they wish to fill. That can only be engaged through serious political struggle. DM